One night after seeing their 15-game winning streak come to an end, the Trinity Western Spartans rallied for a five-set victory.

With the split, the teams maintain their national rankings, with TWU still No. 1.

“Alternating sets like we did I don’t think you can point to one thing that did or didn’t work, I bet you both teams were trying 19 different strategies in order and that’s what we talked to our guys about, this is what playoffs will feel like,” said TWU coach Ben Josephson.

“Adjust counter adjust and just play, I bet you we could play 10 sets and we’d split all 10,” Josephson continued.

“They got the better of us last night with their serving and tonight they didn’t quite serve it as well in the second half of the match which was probably the only difference.”

Josephson also took a moment to credit fans in both venues during the home-and-home series this weekend.

“Tonight’s atmosphere was incredible, congratulations to the fans, I mean we packed out our place last night which is a credit to the opponent and you guys packed it out tonight. These are the two best regular season Canada West crowds that I’ve ever been a part of coaching in, that’s a final four atmosphere and that’s what we tell our guys to expect in the playoffs.”

Eric Loeppky led the Spartans with 15 kills while Jackson Howe had four blocks.

The Spartans finished the night with a .315 hitting percentage. By comparison, the team hit just .148 in Friday’s match.

TWU closes the regular season this weekend with matches in Kamloops against the Thompson Rivers WolfPack. 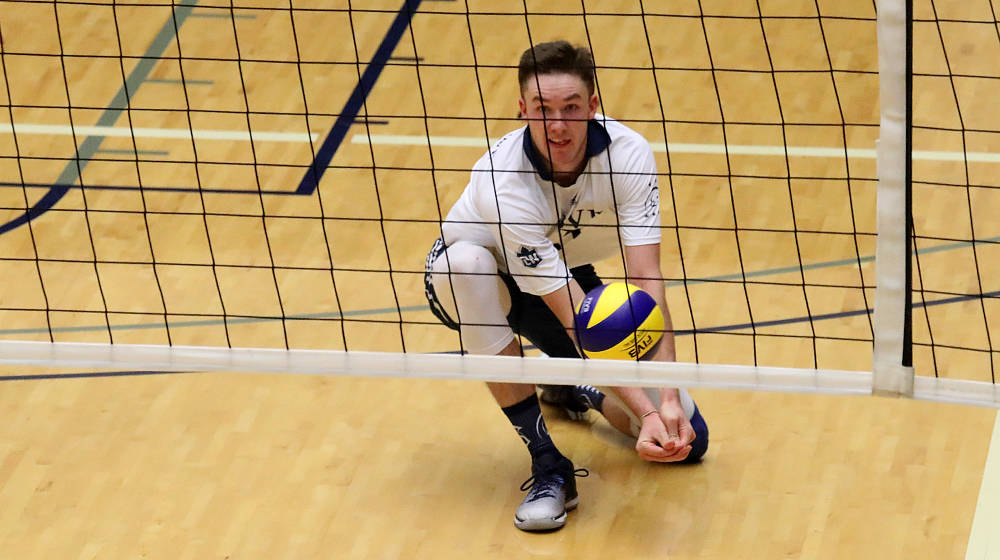 Ringette players practice in Aldergrove before BC Games