A promising start by the Aldergrove Kodiaks went sideways in the third period against the Langley Trappers in PJHL Junior B hockey action Wednesday at George Preston Rec Centre.

The Kodiaks were up 1-0 in the first period and 3-1 in the second but the Trappers scored three unanswered goals in a row in the third to take the game 4-3.

The shots on goal were even in the first two periods but the Trappers outshot the Kodiaks almost two-to-one in the third for a game total of 37 to 31, and it paid off with the Trappers’ upset win.

The Abbotsford Pilots lead the Harold Brittain conference with 38 points after 27 games, followed by the Ridge Meadows Flames (37 points in 27 games) and Mission City Outlaws (20 points in 26 games). The Surrey Knights trail at three points in 26 games.

Trapper Joshua Boelema scored first in the second period, assisted by Cobe Dean, before the Kodiaks answered midway through the period with a pair of goals less than a minute apart. Kodiak scorers were John Lee and Jakob Ruck, with assists from Ruck, Davin Padgham (2), and Dayton Spink.

Trappers captain Thomas Colter scored early in the third period on one of the team’s seven power plays, with assists from Matthew Smoliga and Landon Walter.

Midway through the period Trapper Colin Cromie evened the game up at 3-3 with assist from Smoliga.

The action was back and forth, with the Kodiaks successfully playing through two penalty kills, but at 18:17 Trapper Cobe Dean scored the winner, and earned himself the game’s first star. Dean’s assist came from Michael Guzzo.

Next up for the Kodiaks is this Friday, Dec. 8 at the Ridge Meadows Flames, before the Kodiaks host the North Vancouver Wolf Pack, Wednesday, Dec. 13, 7:15 p.m. at Aldergrove Arena.

The Trappers’ next game is at home Dec. 13 versus the Port Moody Panthers. 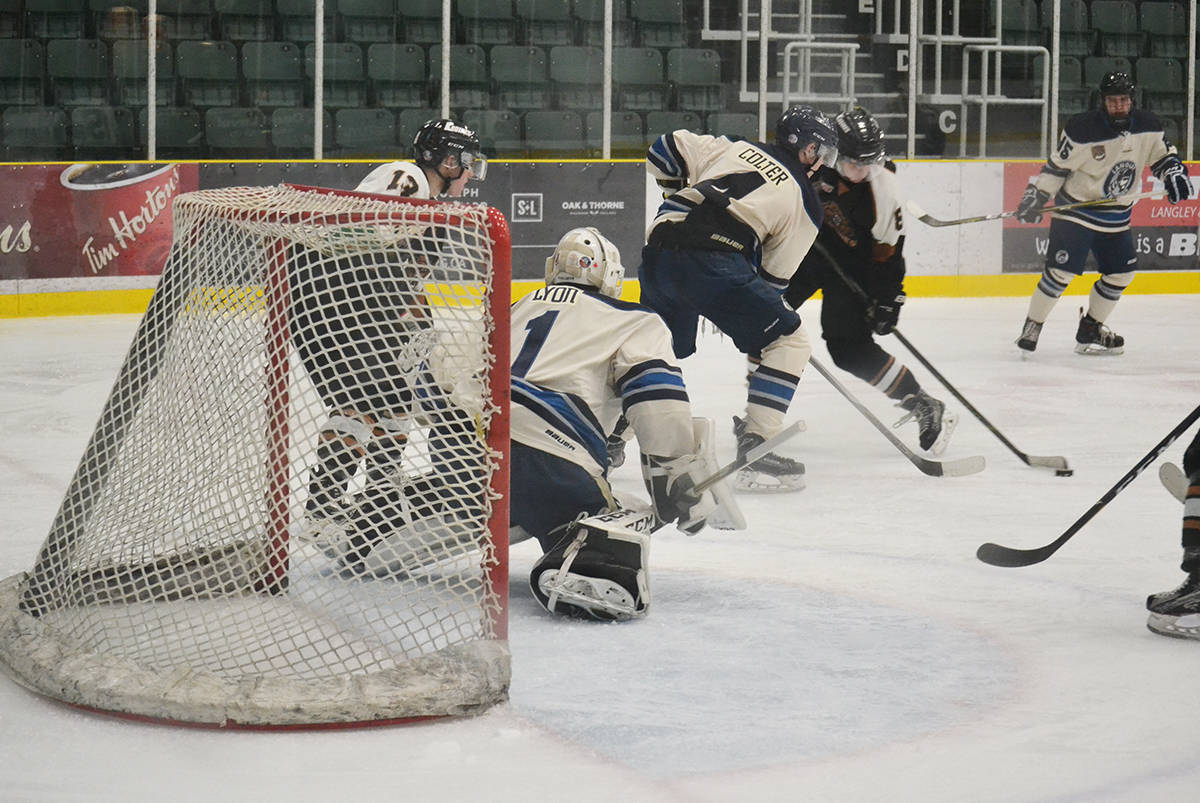 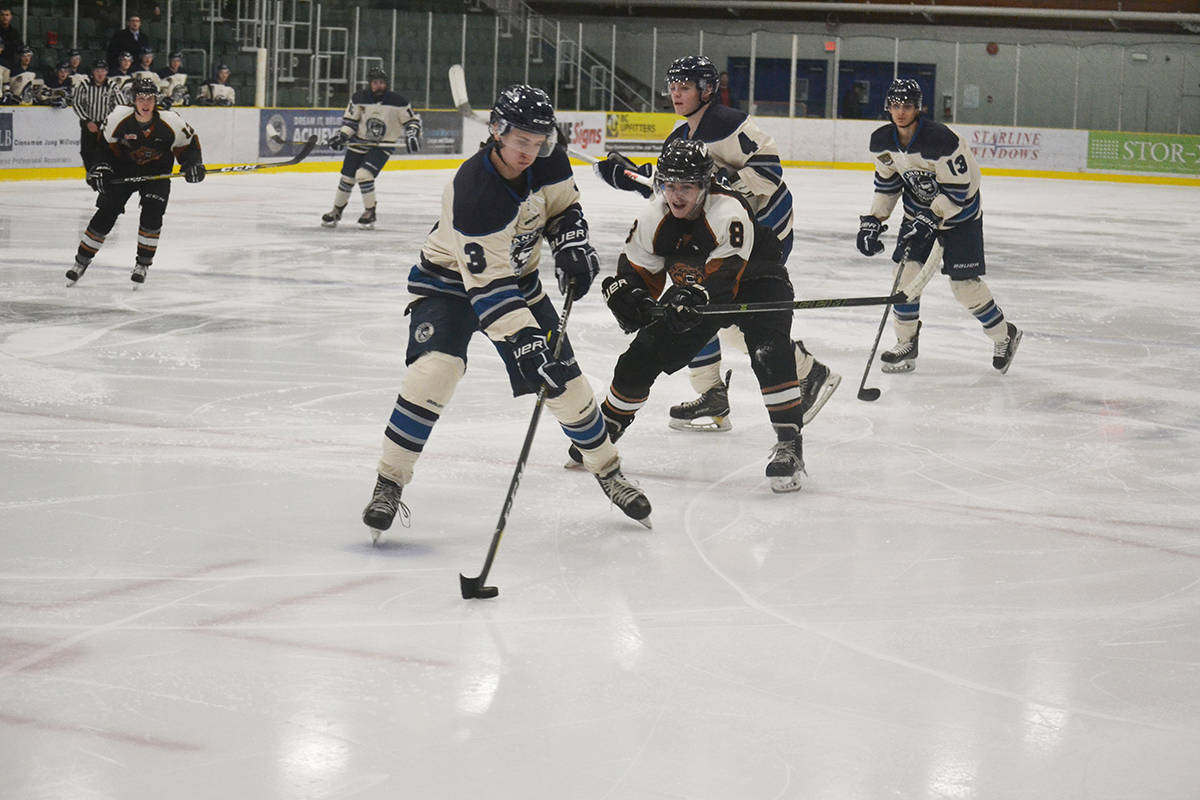 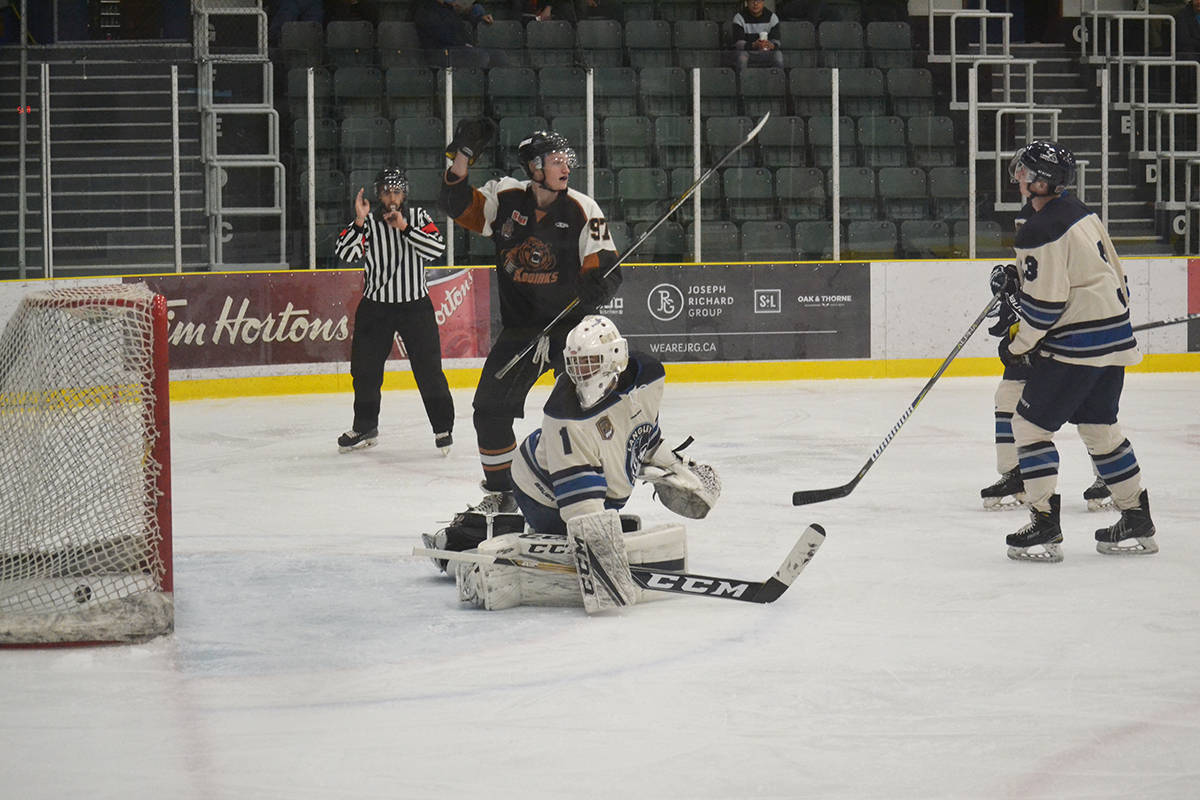 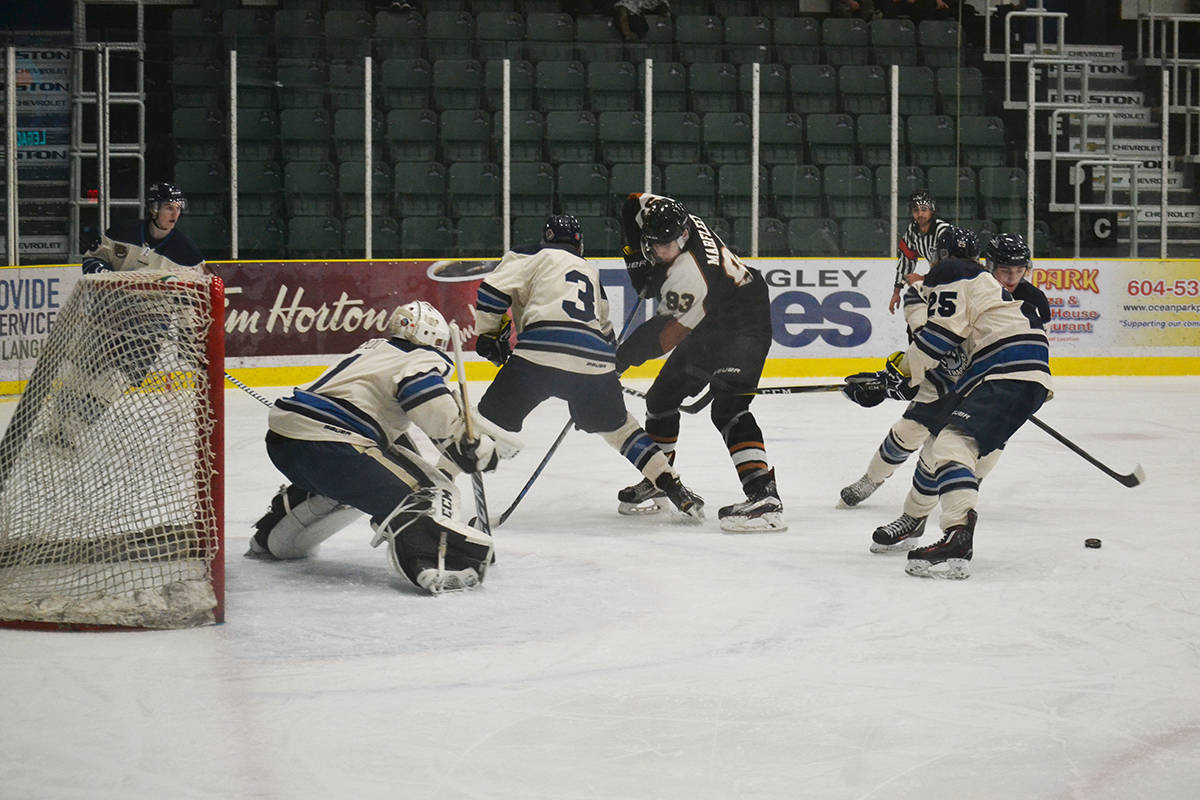