“I love this concept, this is why we are here,” said Jeff Smith, the coach of the Calgary Basketball Academy squad, which won the U17 title, defeating Toronto’s North Stars United in the third and final championship game. “Hats off to the organizers for starting this and I hope it gets even bigger.”

The U13 division was the lone final, which saw teams from the same province vying for the trophy as Vancouver’s Split Second Cobras defeat North Vancouver’s VanCity team in a battle of B.C. squads, while the U15 final featured Toronto’s GrassRoots Elite program topping Montreal’s Red Rush team.

While some young prodigies may shy away from the spotlight, Elijah Fisher embraces the extra eyeballs he seems to draw whenever he takes the basketball court.

And Fisher put on a show on Sunday afternoon, earning most valuable player honours at bballnationals at Langley Events Centre.

Fisher scored the first six points and finished with 17 in the first half and 22 altogether as his GrassRoots Elite (Toronto) team defeated Red Rush (Montreal) 105-59 to capture the U15 division title.

“I like the pressure of everybody watching to see what I do next,” he admitted post-game. “I want to see how they react.”

Fisher is ranked second among all North American male basketball players for the class of 2023.

At 46 points, Sunday’s victory was the U14 team’s smallest margin of defeat over their six games.

In the team’s three preliminary round games, they won a combined 286-49. They crushed Dynamite U15 Red 86-17 and then hammered Doggpound Hoops 114-51 in the semifinals.

“What impressed me about our team was we came out with energy because sometimes we start sluggish,” Fisher said. “We came out in all the games with high energy and tempo.”

GrassRoots coach Ro Russell, who started the program which has sent 15 players to the NBA and hundreds to NCAA Division 1 programs, says he was impressed that his team didn’t let up despite the lopsided scores.

“I tell the guys don’t look at the score, just focus on what you are doing on the court,” he said. “We play hard regardless. We were focused on our game plan and to run our system.

“Just keep running and defending and rebounding, putting a lot of pressure on teams so they have to match our intensity.”

Shaedon Sharpe led GrassRoots with a game-high 25 points while Marlon Kiss-Ariwei and Konstantinos Giannakopoulos each had a dozen points for Red Rush.

In the third-place game, it was Doggpound defeating Rock Elite 67-47.

There was no panic in their game and that was the difference for the Calgary Basketball Academy.

The Cobras were facing Toronto’s North Stars United in the U17 championship final at bballnationals at Langley Events Centre. And while CBA had led from the opening whistle, NSU had whittled the lead down to six points with four minutes to play.

NSU deployed a full-court pressure, hoping to take advantage of their superior size advantage in causing some extra possessions. But the Cobras were calm, cool and collected, breaking the press and capitalizing on their man-advantage numbers for lay-ups and free throws, prevailing 66-57.

“I thought we executed and handled the pressure really well. They (North Stars United) are long and aggressive and did a really good job of forcing turnovers,” explained CBA coach Jeff Smith. “I thought our ability to handle the pressure, get the ball down the floor and get a pretty good luck is what helped us.”

The Cobras scored the opening eight points but NSU had cut the lead to four before a three-pointer before the half gave CBA a 28-21 lead at the break. NSU would get no closer than six points in the second half.

Kessler Bishop, who earned most valuable player honours after scoring 20 points for the Cobras, said the victory was a great way to cap off not only the summer, but also his last season of club basketball.

“Going out with this win is a big thing,” he said. “We didn’t do super well in other tournaments this year so ending it off with a national championship is pretty cool.”

Smith was impressed with his team’s ability to work together, especially as they incorporated some younger players into the roster.

“I thought offensively we were unselfish and gave the ball up a ton, and defensively, we did a really good job of having each others’ back and rotating,” he said. “It is not easy to get up in a guy’s face and guard him when you are worried about getting beat. (So) relying on your teammates to have you back was the biggest thing defensively.”

Lukas Hummel had 14 and Griffin Sharkey had 13 for the Cobras to combine with Bishop for a three-headed attack.

NSU was led by 15 points from Bennett Grumbach and a dozen from Nathaniel Ivey.

The top two teams from each pool was slotted into the Competitive Bracket for the playoffs and NSU beat IEM Spartans 96-44 in the quarter-finals and then edged the Calgary Storm 61-54 in the semifinals.

And in the U17 bronze medal game, it was the Calgary Storm hammering Dynamite U17 87-58.

The game may have been 32 minutes long on the scoreboard, but it was over well before that.

A 21-0 run in the game’s opening five minutes and then another 13-0 spurt over the first three and a half minutes were all that the Split Second Cobras needed in the U13 championship final at bballnationals at Langley Events Centre on Sunday.

The Cobras, as they did for the entire four-day tournament, were simply too much for VanCity, winning 96-27 in a battle of Lower Mainland basketball clubs.

Split Second is Vancouver based with VanCity is out of North Vancouver.

“Play hard, play smart and let our efforts exceed the other team’s,” explained Cobras coach Virgil Hill. “(No matter the score) nothing changes, just do what we have doing and it will all take care of itself.”

Split Second went 3-0 to win their pool, outscoring their foes 267-82 in the process. Add in their three playoff games and the Cobras averaged just over 87 points per contest while allowing just 35 per game.

The Cobras hounded VanCity in the final, swarming whomever was handling the ball and using their lethal pressure defence to constantly create turnovers and fast-break opportunities.

“That is how we get our points up so high, we like a fast-paced game,” said Ben Worthington-White, who was named most valuable player after scoring a game-high 20 points.

Another factor in the video-game numbers the Cobras were able to put up on their opposition was their ability to hit from long-range.

Split Second connected on 15 three-pointers, including five from Grant Hill, who finished with 15 points. Kian Macaraeg also had 15.

The Cobras coach said his team has a great collection of shooters.

“We have a number of top shooters so we can stretch the defence,” he said.

Also helping the team’s cause is their depth.

“We are 10 deep so we don’t really have any weaknesses. We just put five out and keep going.” 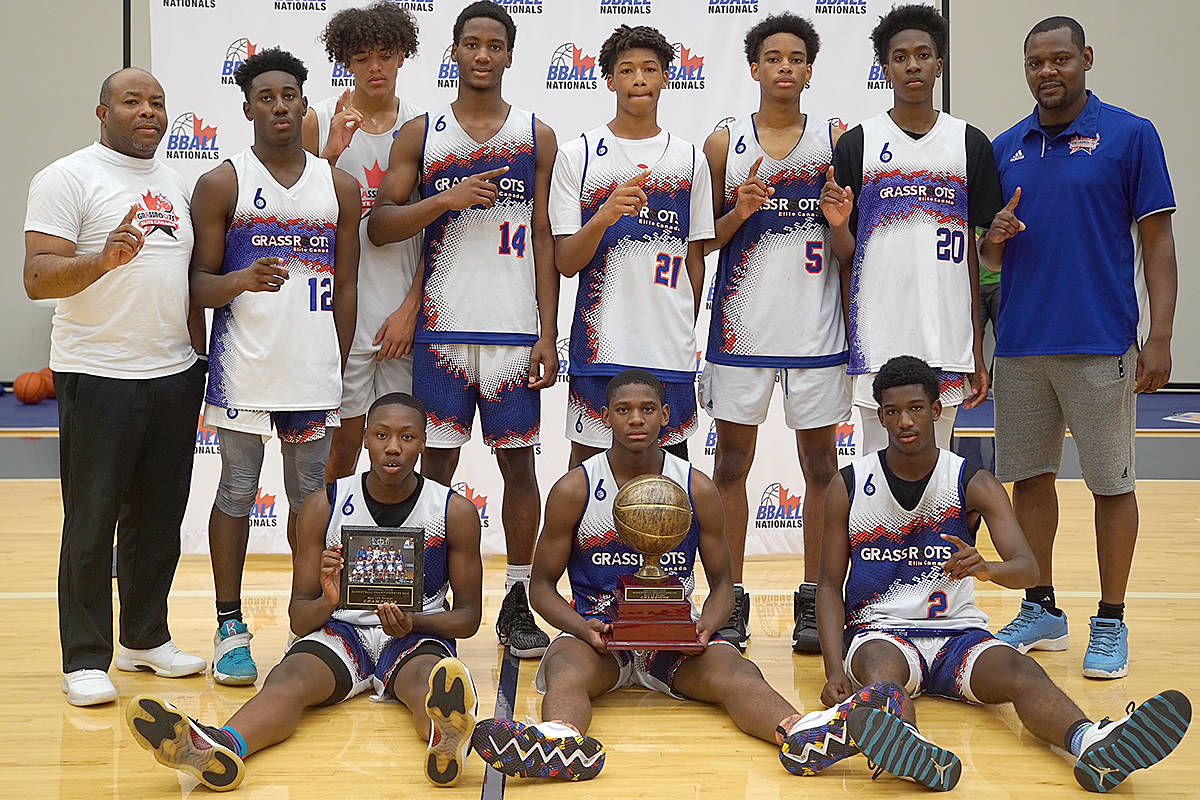