Two Giants have been drafted by NHL teams.

Zack Ostapchuk became the first ever Vancouver Giant to be drafted by the Ottawa Senators, selected in the second round (39th overall) of the 2021 NHL Draft.

“It hasn’t really sunk in yet,” Ostapchuk commented.

“I wasn’t expecting to be quite that high.”

He said the Senators, a young team, are a “good fit” for him, but he wasn’t expecting they would pick him.

“Honestly not really, I didn’t have a whole ton of conversations with them. I knew that they liked me but they really weren’t on my radar.”

It will be a confidence boost going into the next season with the Langley-based Giants, Ostapchuk thinks, and he is looking forward to resuming play.

Since then, the left-handed shooting forward has appeared in 72 career regular season games with the Giants where he’s recorded 12 goals and 12 assists for 24 points.

Giants General Manager Barclay Parneta said “Zack has worked hard and has overcome his share of adversity to get this point, and we couldn’t be happier for him and his family.”

Vancouver Giants head coach Michael Dyck said Ostapchuk “plays an honest, hard, fast-style of game and we’re confident that the best is still yet to come from him. He’ll be a great fit with the Ottawa Senators.” 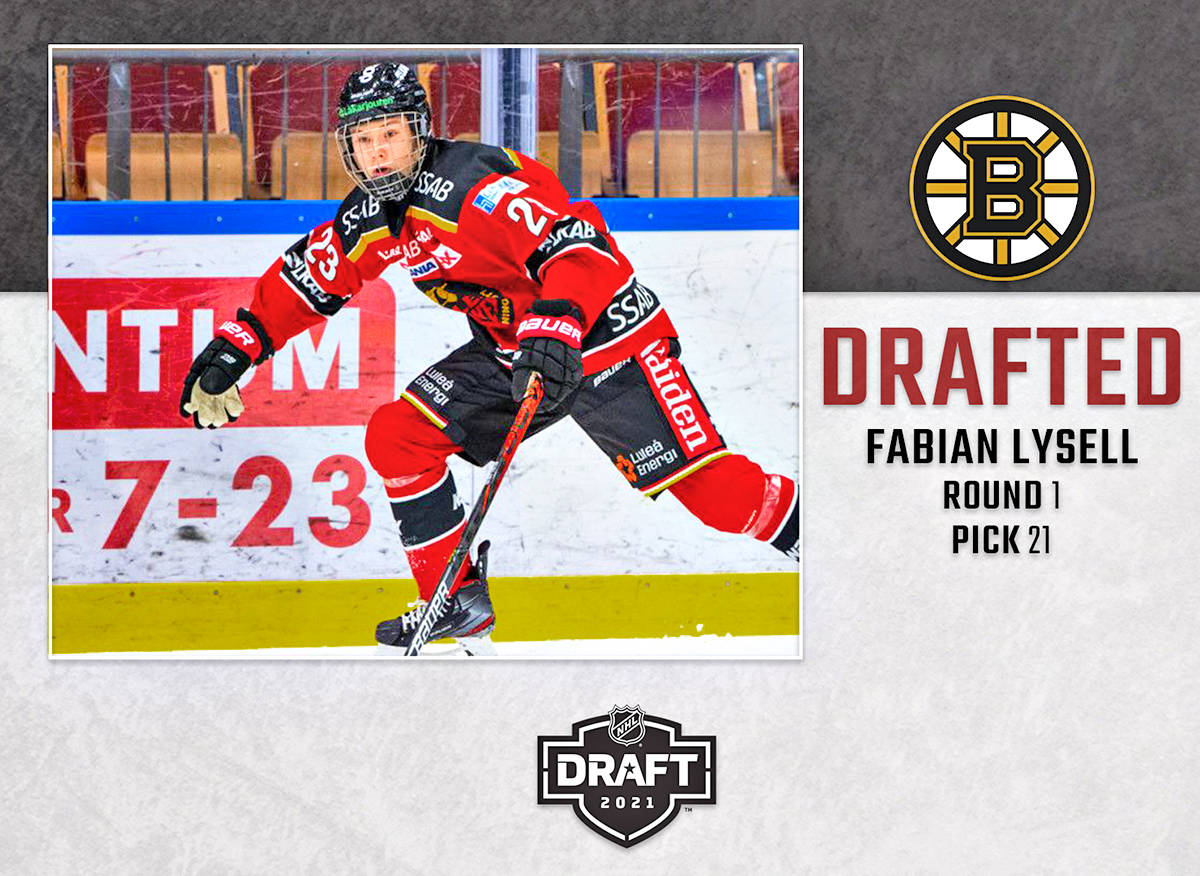 Giants forward Fabian Lysell was selected 21st overall by the Boston Bruins in the first-round of the 2021 NHL Draft. (file)

Giants 2003-born prospect forward Fabian Lysell was selected 21st overall by the Boston Bruins in the first-round of the 2021 NHL Draft.

Last season he appeared in 26 games with Lulea HF in the Swedish Hockey League and posted two goals and one assist. He added three goals and 10 assists for 13 points in 11 games with Frolunda HC’s J20 program.

Internationally, Lysell most recently represented Sweden in the World Under-18’s where he scored three goals and added six assists for nine points in seven games en route to a Bronze Medal. Since 2018-19 he’s appeared in 34 games internationally for Sweden.

Parneta predicted Lysell has “a bright future in the game, and his skill-set will translate well to the Boston Bruins organization.”