One thing about Curtis Hodgson hasn’t changed — he is still kicking and screaming.

When he was 10 years old, Hodgson — on the prompting of a couple of baseball teammates who had tried lacrosse the previous summer — decided to give the sport a try.

But the young Burnaby boy was initially waffling at his decision.

“I still remember my mom dragging me to my first practice, kicking and screaming because I was afraid to try something new and knew I wasn’t going to be very good at,” he recalled with a chuckle.

The recently-retired Hodgson was reluctantly sharing a few words on Friday prior to the Vancouver Stealth practice, on the eve of seeing his No. 6 jersey going up to the rafters at the Langley Events Centre prior to the team’s Feb. 10 game against the Saskatchewan Rush.

The jersey retirement is the first for the organization and fitting that the man who has played the most games of any Stealth player in franchise history is the one being bestowed this honour.

All of that was spent with the Stealth, first in San Jose, then in Washington and now the past four seasons in Langley.

“My mentality has always been team first not me first,” he said. “I am trying to make (this achievement) about everybody that has been a support for me along the way.”

Growing up in Burnaby, Hodgson played pretty much every sport he could, something he feels every young athlete should do, instead of specializing in one.

And he was 18 years old when he realized he could excel in lacrosse if he made the commitment.

“No one goes into lacrosse intending to be a professional lacrosse player,” he admitted. “I think it was just a product of falling in love with the game, having a passion for it and working hard to be the best I could be at it.”

It was during his time with the Burnaby Lakers junior A program that Hodgson began having thoughts of playing professionally. He was watching some of his older teammates getting drafted and playing in the NLL.

And when his draft year came, the Vancouver Ravens — who were coached by his bench boss in Burnaby, Paul Dal Monte — selected Hodgson 43rd overall in the 2001 NLL draft.

Hodgson would never play for the Ravens however, as he was injured for the start of his pro career but did join the team’s practice squad, a crucial part of his development.

Unfortunately, the Ravens squad would fold following the 2004 season.

But when one door closes, another opens, and the San Jose Stealth signed him as a free agent.

“He was a real steady, stay-at-home defender. We just saw that lacrosse I.Q. and a pedigree that you want,” said Stealth president and general manager Doug Locker, who was the team’s assistant general manager when they signed Hodgson.

Hodgson debuted in 2005 and was a fixture in the line-up, playing every regular season game the first five seasons.

But for the first game of the 2010 season, Hodgson was not in the line-up.

Legendary NLL Hall of Fame coach, the late Chris Hall, pulled Hodgson aside and told the 24-year-old that he was a good player but he felt he thought Hodgson should be a great player.

“I went through a few minutes of feeling sorry for myself,” Hodgson said. “Then I needed to look at myself in the mirror, look at the feedback Chris was giving me and challenging me to be a better player.

“And it was the best thing that ever happened to me in my career. It motivated me to work harder and I have said from that moment on, I always heard Chris in my ear, pushing me to be better and playing like I should never be taken out of the line-up again.”

Hodgson returned to the line-up the following game and that season culminated in the Stealth winning the Champion’s Cup. He would then play every game for the following six seasons before injuries forced him to miss four games last year.

“It is almost unheard of to have a guy who only misses one game in his career because he was a healthy scratch,” Locker said. “That speaks to itself in this league where there are so many changes week-to-week.”

Last year, Hodgson and the Stealth made the post-season for the first time since moving to Langley.

But a job opportunity to accept a vice-principal position at a Burnaby high school meant it would be time to hang up his lacrosse stick at the professional level.

He is still involved with the organization, serving as the team’s director of player development and the director of the Stealth Lacrosse Academy, working with young up-and-coming players.

“He has been a great teacher and his work with the Junior Stealth program has been amazing,” Locker said. “He knows how to deal with seemingly every age group — they just connect with him and he knows how to get the best out of guys.”

When you combine his on-floor contributions, as well as his work off the floor and in the community, the decision to retire the No. 6 jersey was a no-brainer, Locker said.

“Kind of the perfect example of the kind of guy you want to honour,” he said. “It goes way beyond just the numbers and really speaks to the guy.”

“A touching thing for me is the amount of players that I have been able to connect over the last 13 years, that are making the effort — players and coaches — to be there for the recognition,” Hodgson said.

Matt Beers, who inherited the ‘C’ from Hodgson, said it is going to be an emotional night for him personally.

“Hodgy is a guy I started my career with (and) that’s a guy I have emulated and tried to follow in his footsteps in how I play and how I carried myself in the dressing room,” Beers said. “It is going to be a special night.”

Hodgson, who has a one-and-a-half year-old son, said it is perfect that the retirement is happening on the Family Day weekend.

“It is fitting it is Family Day weekend. I have always been fortunate to have that family support,” he said.

“I wouldn’t have been able to play until the age I was without that family support.”

And as for if the No. 6 holds any special significance to Hodgson, he admitted it was just a random number he got back in peewee. But as he grew to love the game, he does remember watching the Mann Cup one year as a teen and seeing that the legendary John Tavares was wearing the same number.

“‘Oh that’s cool, the best player on their team wears that number so maybe I will stick with it,’” Hodgson said with a laugh. 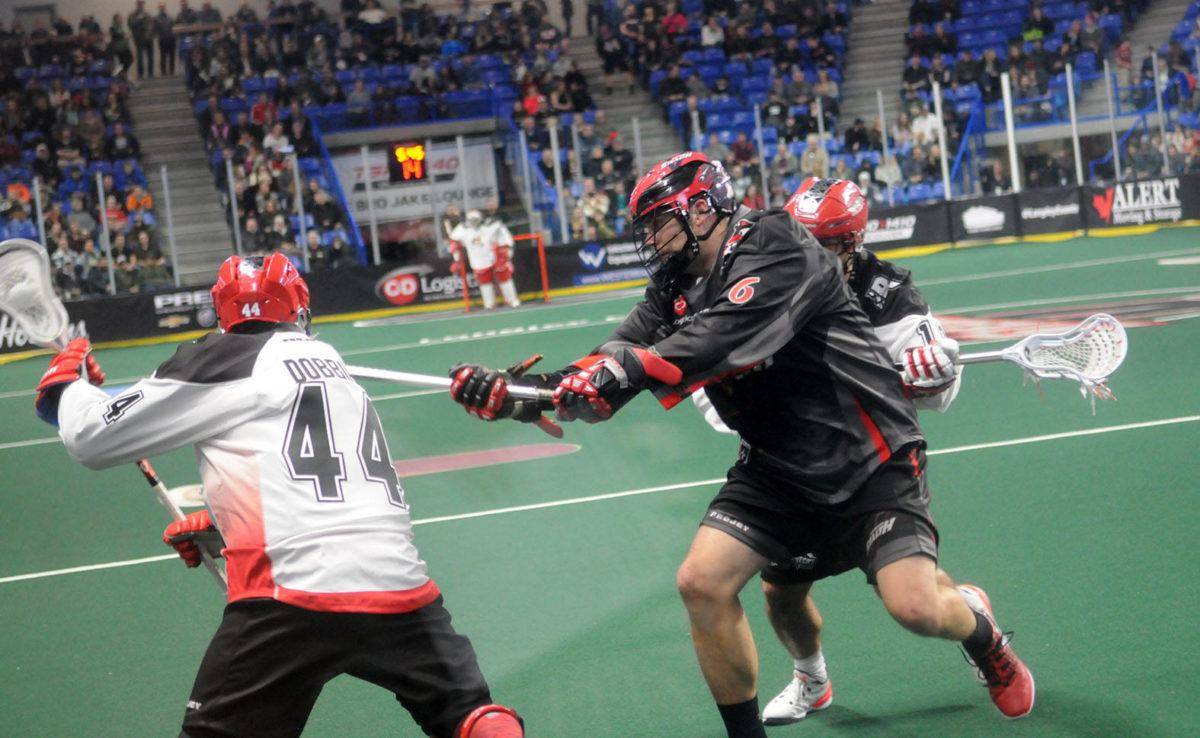 BCHL Today: Island and Mainland divisions coming down to the wire