It was pandemonium at the Langley Events Centre on Sunday evening as fans pelted players with stuffed animals.

The annual Teddy Bear Toss was held during at game between the Vancouver Giants and the Prince George Cougars.

The signal to toss a toy was to be the first Giants goal of the game – and fans clutching stuffies had to wait through two scoreless periods before the Giants nudged the score up to 1-0 in the third.

Hundreds of stuffies were flung at the ice, to be collected by Giants, volunteers, and Santa riding in a zamboni.

A total count hasn’t yet been completed, but the volume was large, said Leah Garratt, manager of community relations for the Giants.

“It seemed like maybe there were more than last year,” Garratt said.

All the stuffed toys will be collected, cleaned up, and donated to the Lower Mainland Christmas Bureau.

The Giants also sold bears on the concourse for those who hadn’t brought their own – all the proceeds will go to the CKNW Orphan’s Fund, said Garratt.

The Giants will also be decked out in special jerseys for the event, with superhero-themed caped teddy bears emblazoned on their chests.

A further fundraiser will see those jerseys auctioned off this week. Proceeds from the jersey auction will go to the CKNW Orphan’s Fund. You can view the jerseys and bid HERE.

The auction runs until the evening of Wednesday, Dec. 20. 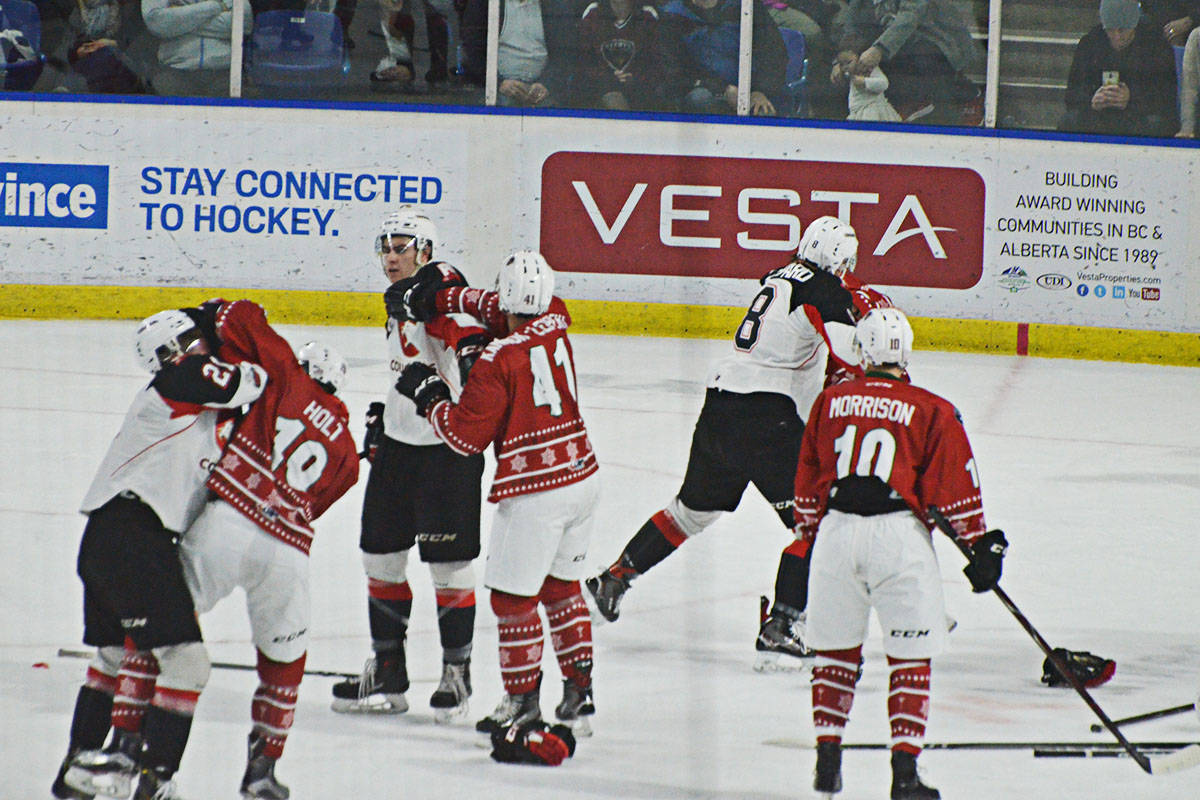 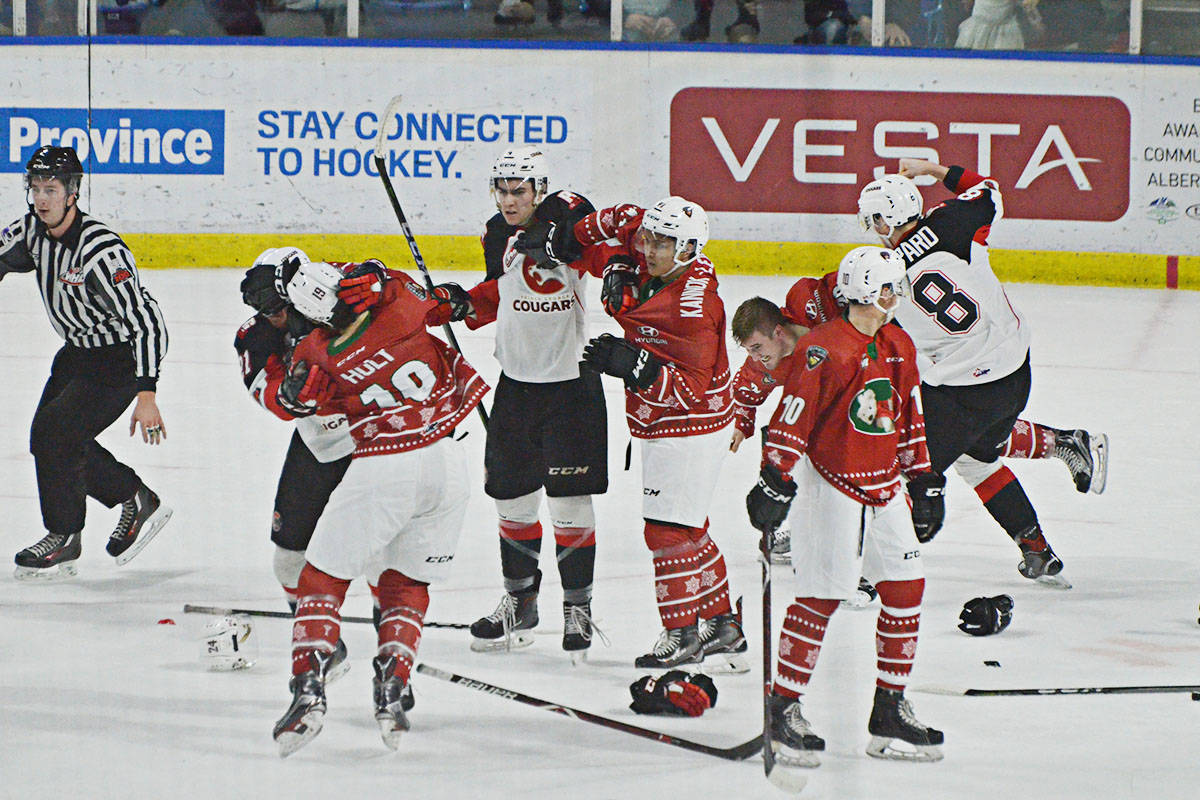 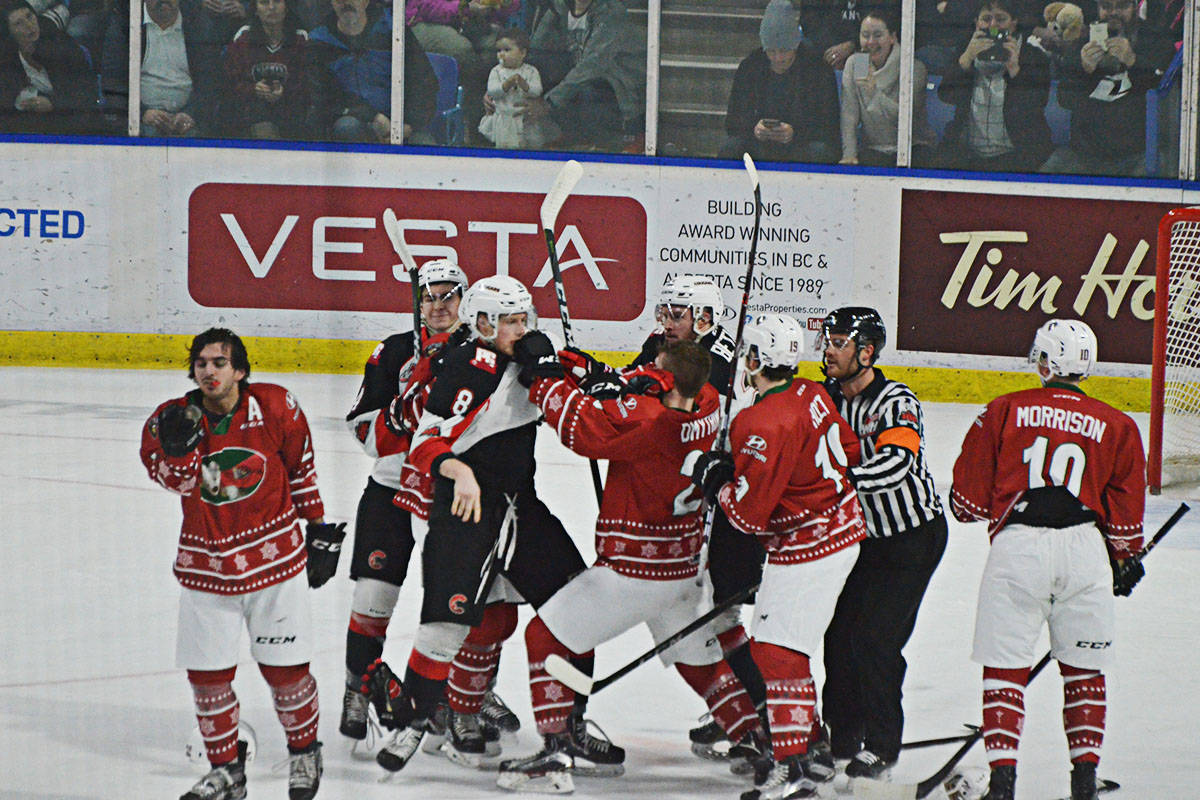 Before the teddy bear toss, tempers flared and there were several fights, including a multi-person brawl during the first period (Matthew Claxton/Langley Advance) 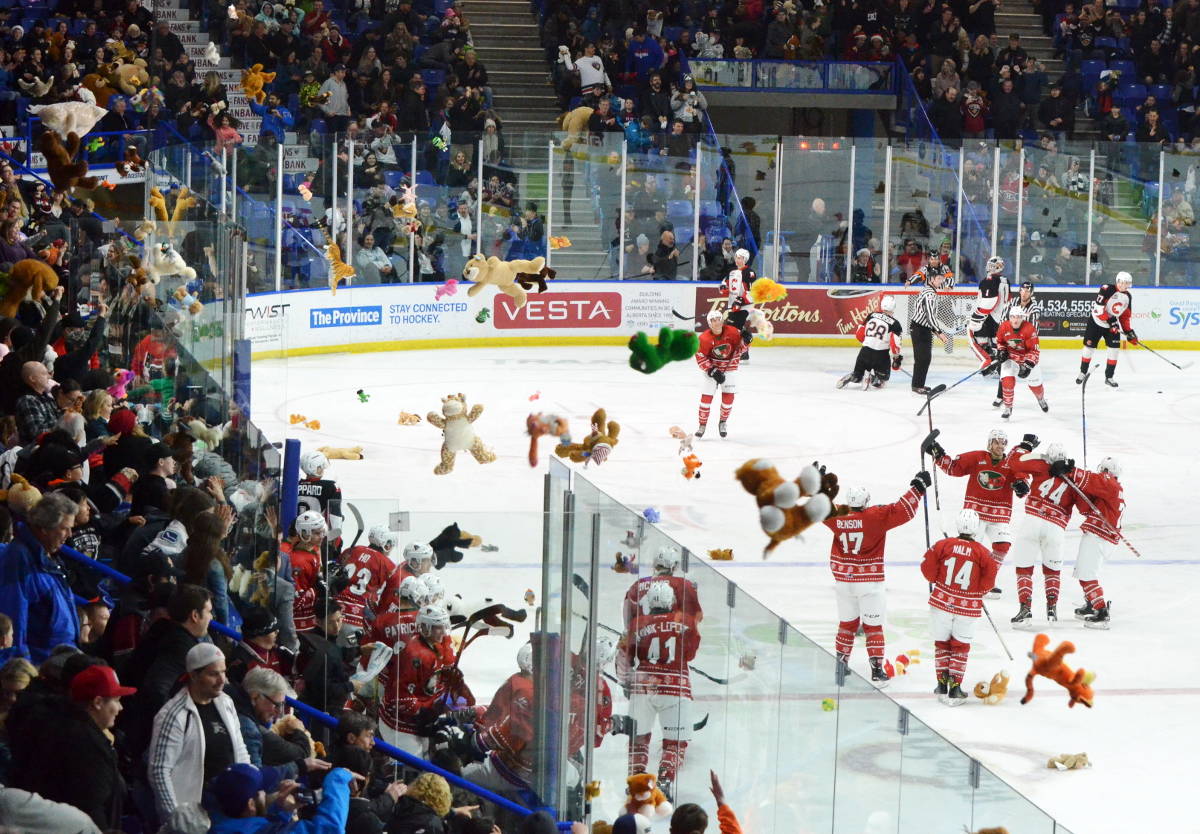 The giants celebrated as fans flung stuffies at the ice on Sunday at the LEC. (Matthew Claxton/Langley Advance) 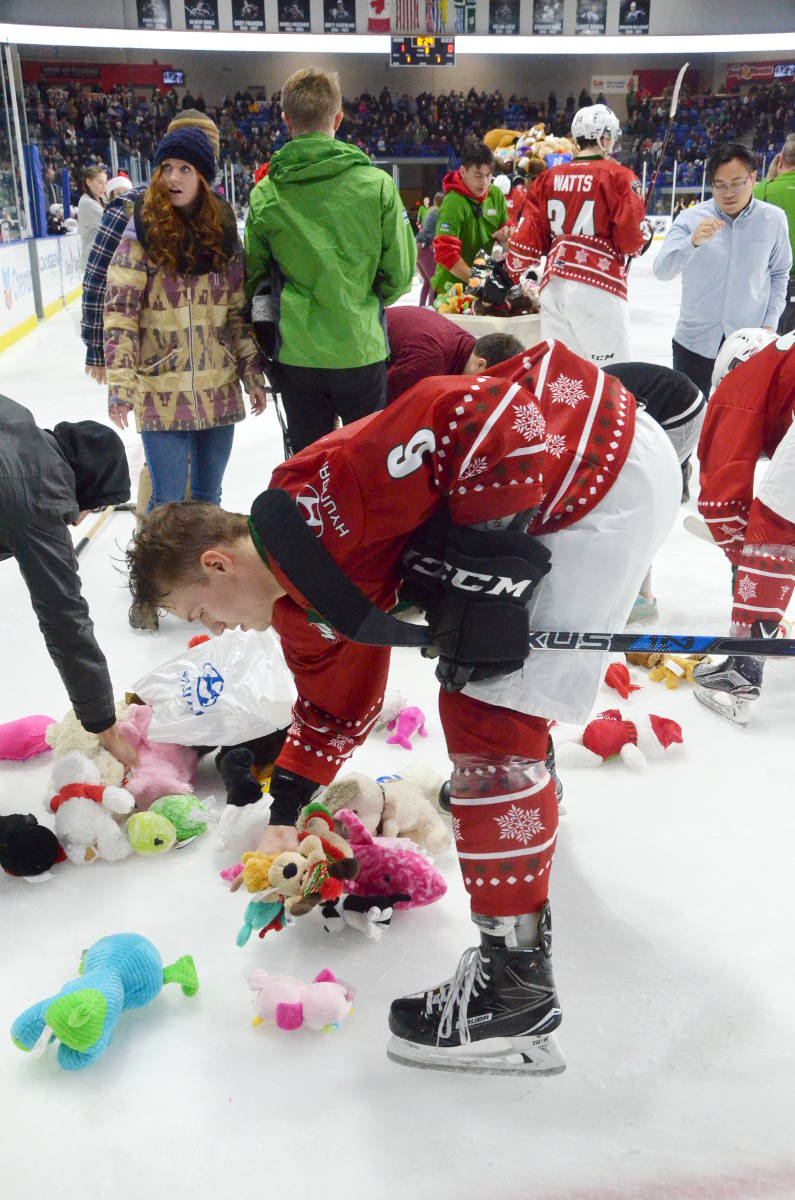