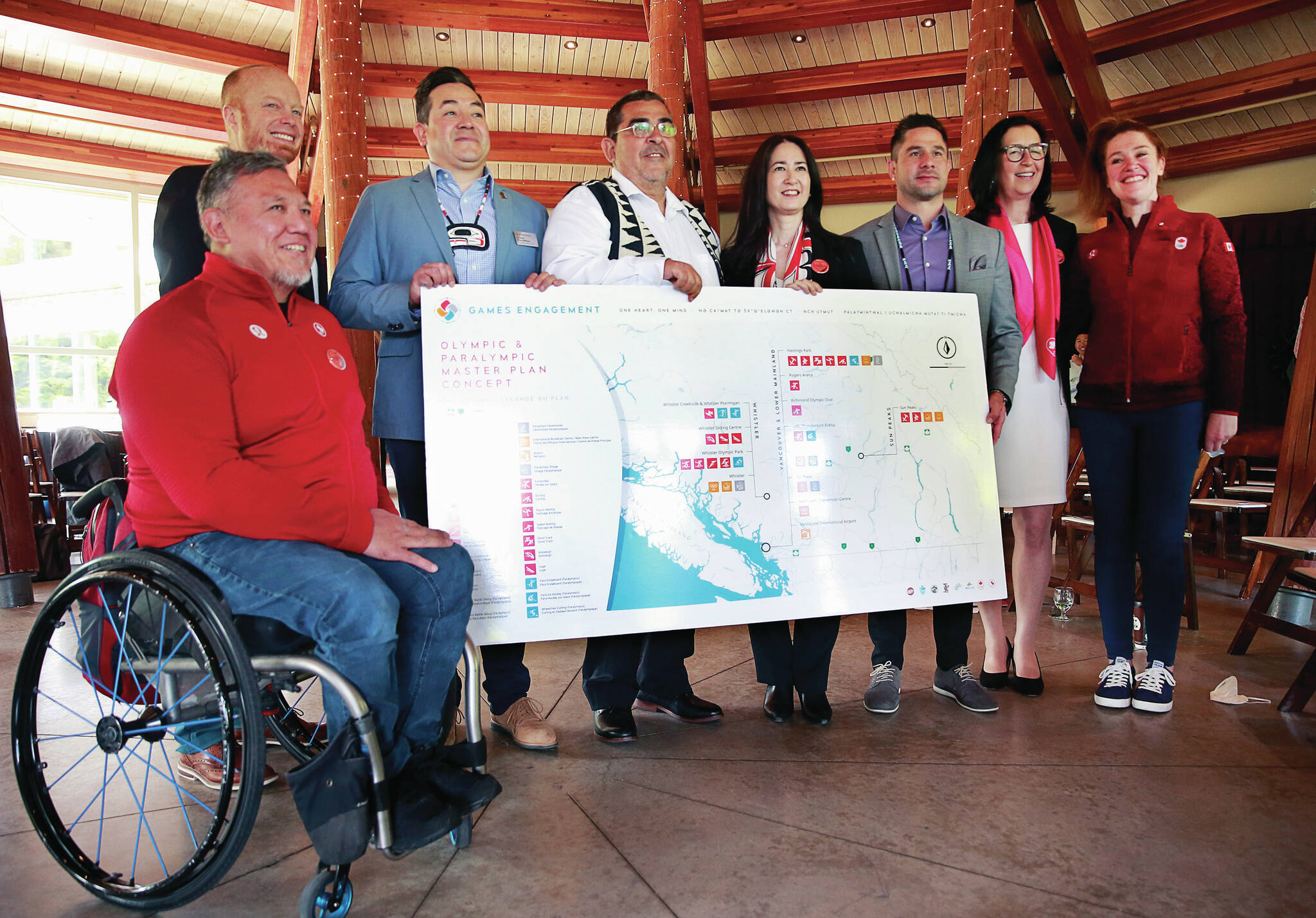 Officials presents the Olympic and Paralympic Master Plan Concept during a joint press conference between the Canadian Olympic Committee, the Four Host First Nations, and the cities of Vancouver and Whistler. (File photo by The Canadian Press)

An attempt to host the 2030 Winter Olympic Games in British Columbia has reached a new milestone after a majority of Vancouver council members voted Wednesday to continue to support the Indigenous-led initiative.

The 9-to-2 decision comes despite a staff report that raised red flags about finances and a timeline that was “not achievable.”

Vancouver Mayor Kennedy Stewart said after the vote that council had made a very important decision to continue to work with the host nations.

“I would call this the end of Phase 1. We’ve all decided that this is worth exploring,” he told the media.

The next steps are to get commitment from federal and provincial governments as partners and then sign a multiparty agreement to form the foundation of any bid, Stewart said.

“The ball is in their court now.”

Before the vote, council rejected a proposed amendment from Coun. Colleen Hardwick to add the bid to the ballot during the municipal election in October to gauge community interest.

“We are the city of reconciliation, and we embrace that, but that doesn’t preclude our responsibility to our electorate,” Hardwick said.

The amendment was rejected, with Stewart saying it would undermine “the efforts put in for reconciliation on this project.”

The chiefs of the four host nations, Squamish, Lil’wat, Tsleil-Waututh and Musqueam, appeared before a standing committee meeting Wednesday, saying that supporting the Indigenous-led bid is an opportunity to act on government commitments to reconciliation.

Musqueam Chief Wayne Sparrow asked council members to “get in the canoe” with the nations so their efforts weren’t wasted.

When asked at the meeting about the possibility of a plebiscite over hosting the Games, Sparrow said it would kill the bid.

“It would stop it in its tracks,” he said.

The city’s report, released this week in advance of the meeting, said the Canadian Olympic Committee’s proposed schedule is “not achievable.” It said a decision to endorse the bid should only come after complete details about the financial, operating and governance models are provided.

Following the vote, Tsleil-Waututh Nation Chief Jen Thomas said the report had been a “punch in the gut.”

“It was a rock in our canoe. We almost tipped (but) we’re now back in it together, supporting each other, and I think today just unified us even stronger in that canoe, paddling forward,” she said. “Sure, this slowed us down a bit, but it made us stronger at the same time.”