Just call him “big save Dave.”

Vancouver Giants goalie David Tendeck turned aside all 36 shots he faced in the net to record his second consecutive shutout against Winnipeg Ice Saturday night in Winnipeg, while Milos Roman, Justin Lies, Evan Patrician and Bowen Byram supplied goals for the Langley-based team.

Gage Alexander made 26 saves in the Winnipeg net.

At 8:46 into the first period of the game the Giants took a 1-0 lead when Milos Roman batted home a Jacob Gendron rebound. Justin Sourdif also assisted on Roman’s team-leading fifth goal of the season.

One minute and 44 seconds later, Manitoba native Justin Lies wired home his first WHL goal off a two-on-one rush to increase the Giants lead to 2-0. Zack Ostapchuk also recorded his first WHL point with an assist on the play.

During the second period, 21 seconds in, Evan Patrician parked himself at the right side of the Winnipeg goal and tipped home a feed from Tristen Nielsen to make it 3-0. For Patrician it was his first goal of the season.

Then, with less than five minutes remaining in the third, Bowen Byram snapped a low shot through traffic and in for his first goal of the 2019-20 season. Byram’s goal came via the power play and was assisted by Dylan Plouffe and Tristen Nielsen.

David Tendeck has stopped 76 of his first 77 shots faced through three starts.

The Giants power play has now connected in six of their first seven games.

Giants Tendeck and Shepard were named irst and second stars of the game, while Winnipeg’s Carson Lambos.

Next Game: Next up for the Giants is a return to the Art Hauser Centre and a Tuesday night battle with the Prince Albert Raiders at 6:00 PM PT on Tuesday, October 8th. 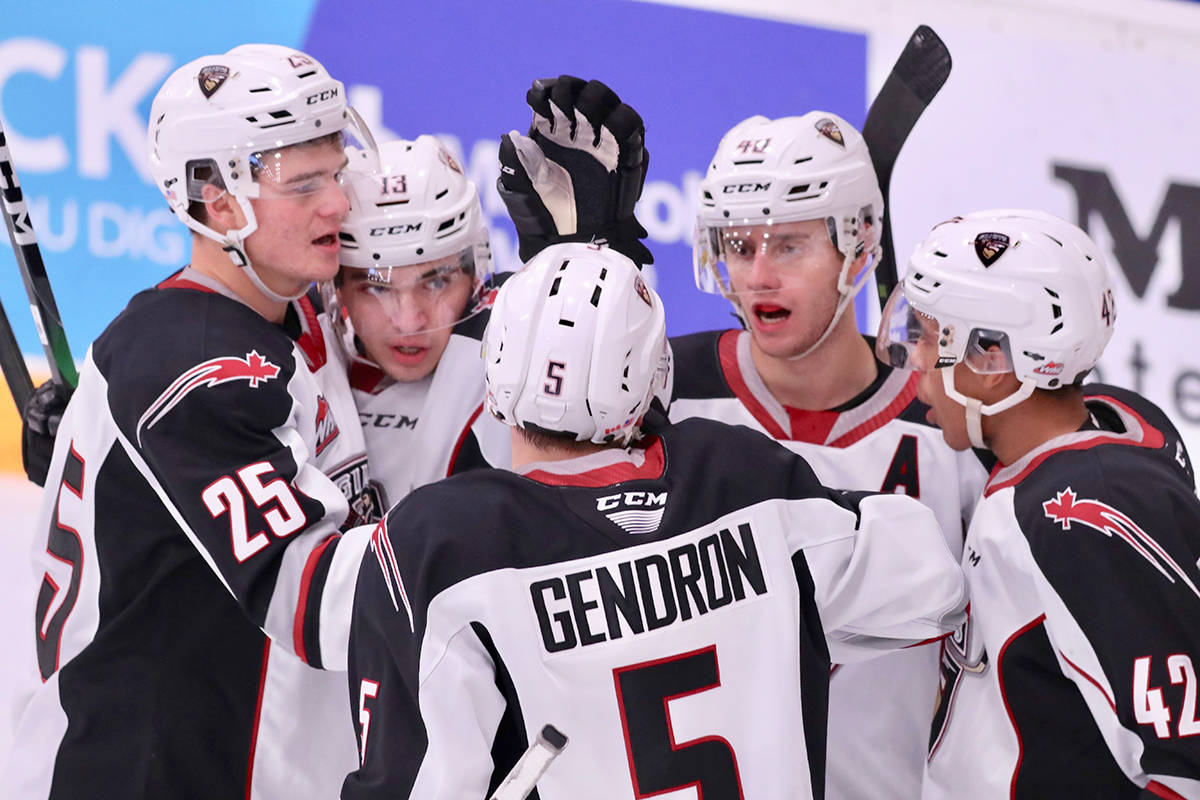 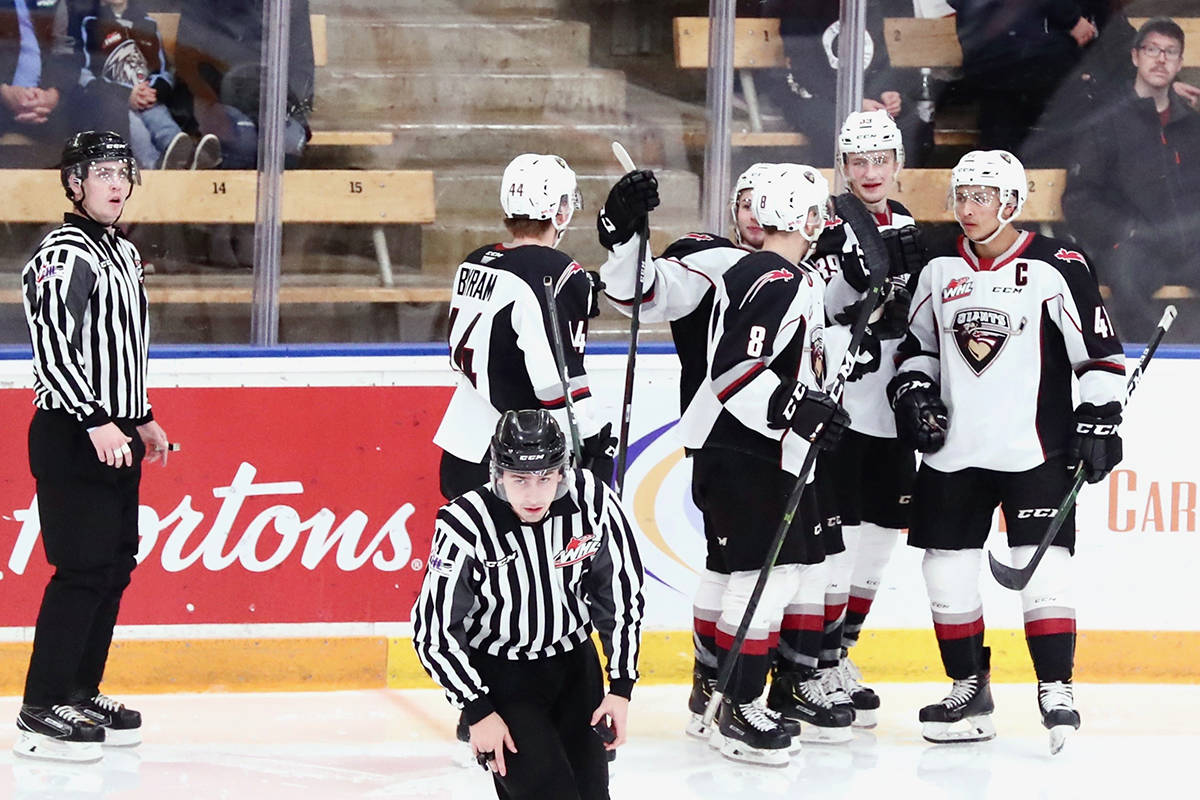 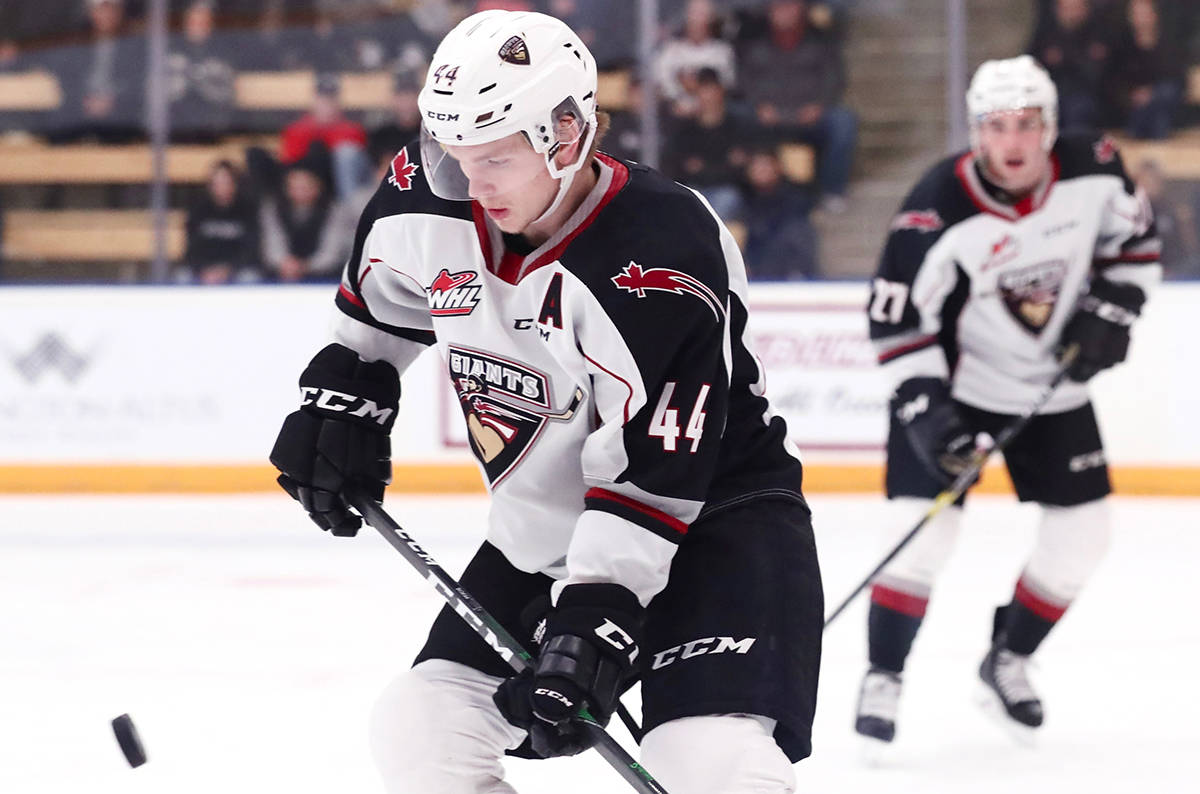 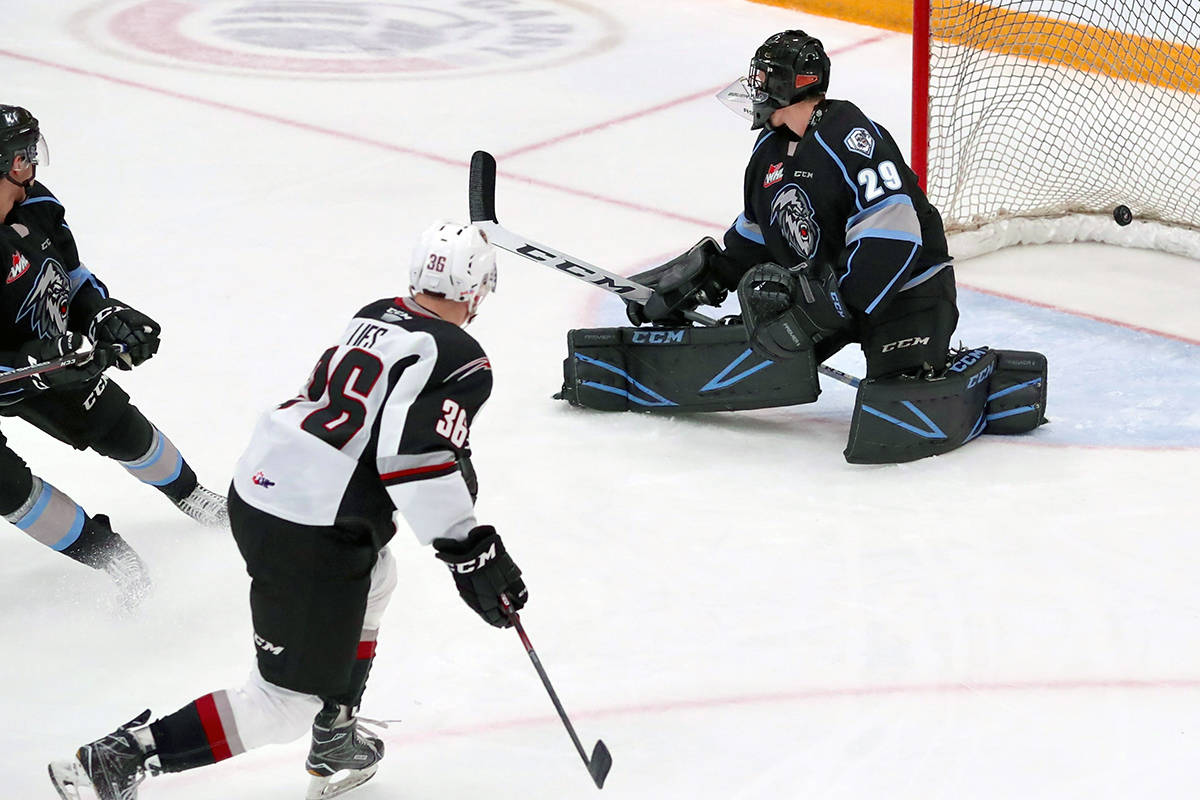 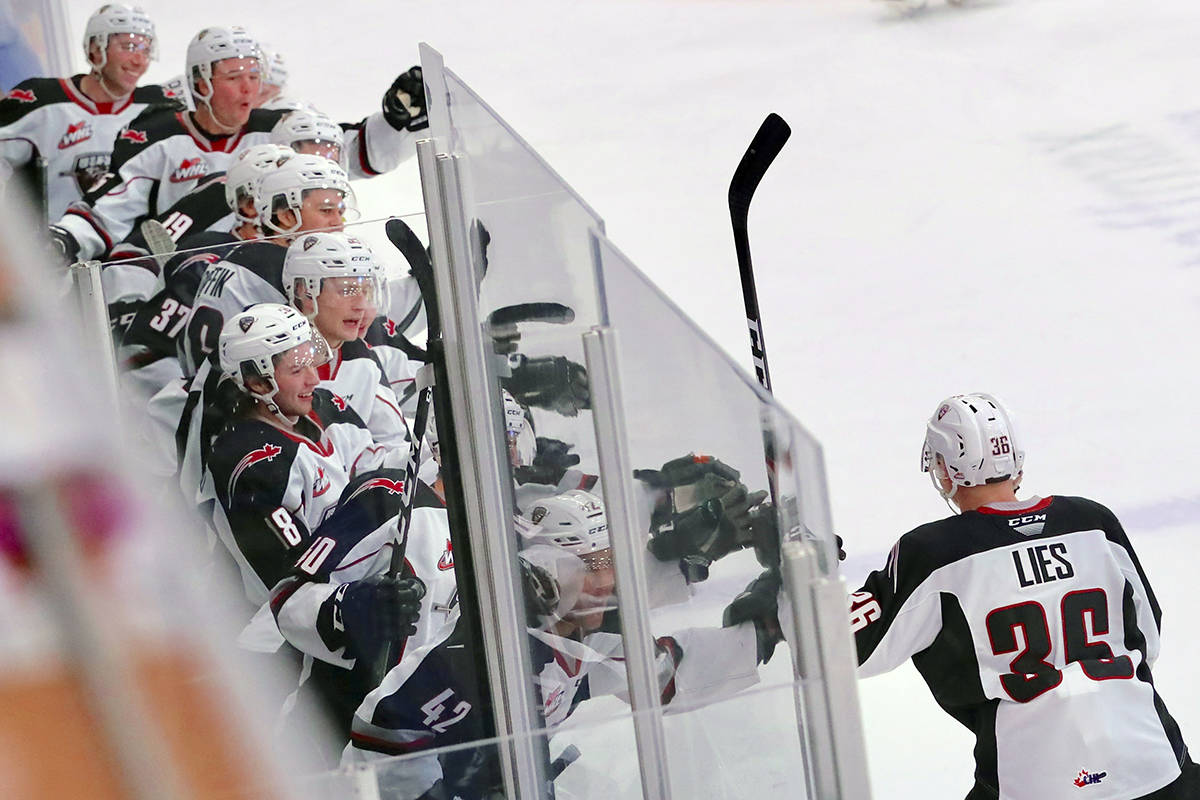