Vancouver Giants Fabian Lysell and goaltender Jesper Vikman will be suiting up for Sweden at the 2022 World Junior Championships in Edmonton and Red Deer, AB.

Lysell, from Gothenburg, and Vikman, from Stockholm, are the only WHL’ers named to Sweden’s World Junior roster.

Giants General Manager Barclay Parneta made the announcement Wednesday, Dec. 8, saying the “Giants organization is proud of both players and we look forward to seeing both players have the chance to perform on the national stage.”

“Both Fabian and Jesper have played a big part in our team’s success so far this season and I know that both of them are excited and are fully deserving of the opportunity to represent Sweden at the World Juniors,” Parneta commented.

Lysell, a first-round (signed) pick of the Boston Bruins from 2021, was originally selected by the Langley-based Giants with the 30th overall pick in the 2020 CHL Import Draft. 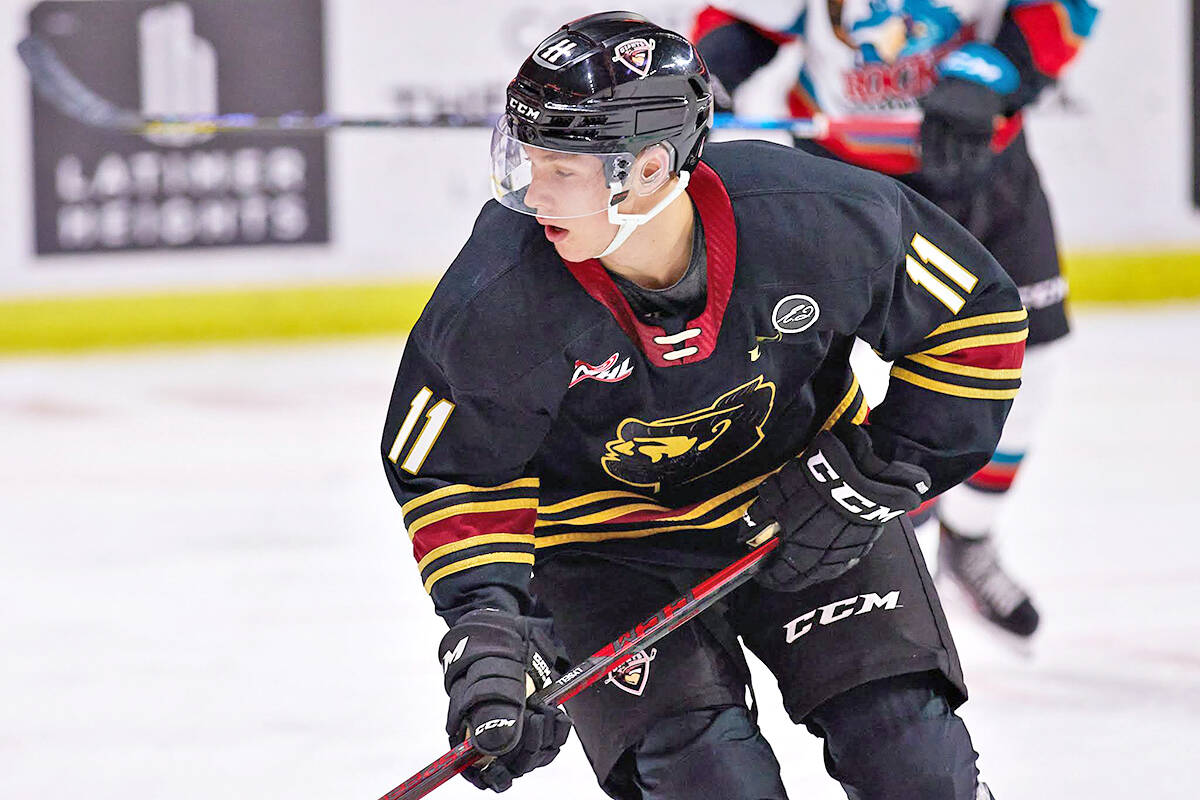 Forward Fabian Lysell, from Gothenburg, is one of two Vancouver Giants who will play for Sweden at the 2022 World Junior Championships in Edmonton and Red Deer, AB. (Rob Wilton/Special to Langley Advance Times)

Lysell appeared in 26 games with Luleå HF in the Swedish Hockey League last season. In that span he posted two goals and one assist. He added three goals and 10 assists for 13 points in 11 games with Frölunda HC’s J20 program.

He most recently represented Sweden at the 2021 World Junior Summer Showcase. He scored three goals and added six assists for nine points in seven games en route to a bronze medal with Sweden at the World Under-18’s. Since the start of the 2018-19 season, Lysell has appeared in 48 international games.

Jesper Vikman, a fifth-round pick of the Vegas Golden Knights from 2020 was chosen eighth overall by the Giants in the 2021 CHL Import Draft.

The 6’3”, 179-pound left-catching goaltender has a record of 11-3-1-0 with a 2.92 goals-against average, a .912 save percentage and two shutouts. He’s won each of his past five starts dating back to November 23rd in Portland and his 11 victories have him ranked tied for third in the Western Hockey League. He was drafted by Vegas in the fifth-round (125th overall) in the 2020 NHL Draft.

He finished with a 10-10 record and one shutout.