It could be a few more weeks before Vancouver Giants head coach Michael Dyck has his final roster completely settled, due in part to players like netminder Jesper Vikman, who could be moving to the NHL.

Vikman, who was a fifth-round pick (125th overall) by the Golden Knights, was at his second training camp with the Las Vegas NHL franchise as the pre-season drew to a close.

He had 35 games in the regular season last year, ending up with a 17-15-2 record and three shutouts. In the postseason, Vikman had a 6-5 record.

“If he has a great camp, he won’t be back,” Dyck remarked.

Another example is Fabian Lysell, a standout from last season, who was at Bruins camp.

Lysell was drafted as a European, which means even if he doesn’t clinch a spot on the Bruins roster at camp, he could still play for Boston’s development team, the American Hockey League Providence Bruins, Dyck explained.

“The chances of him coming back are not very good,” was Dyck’s assessment. 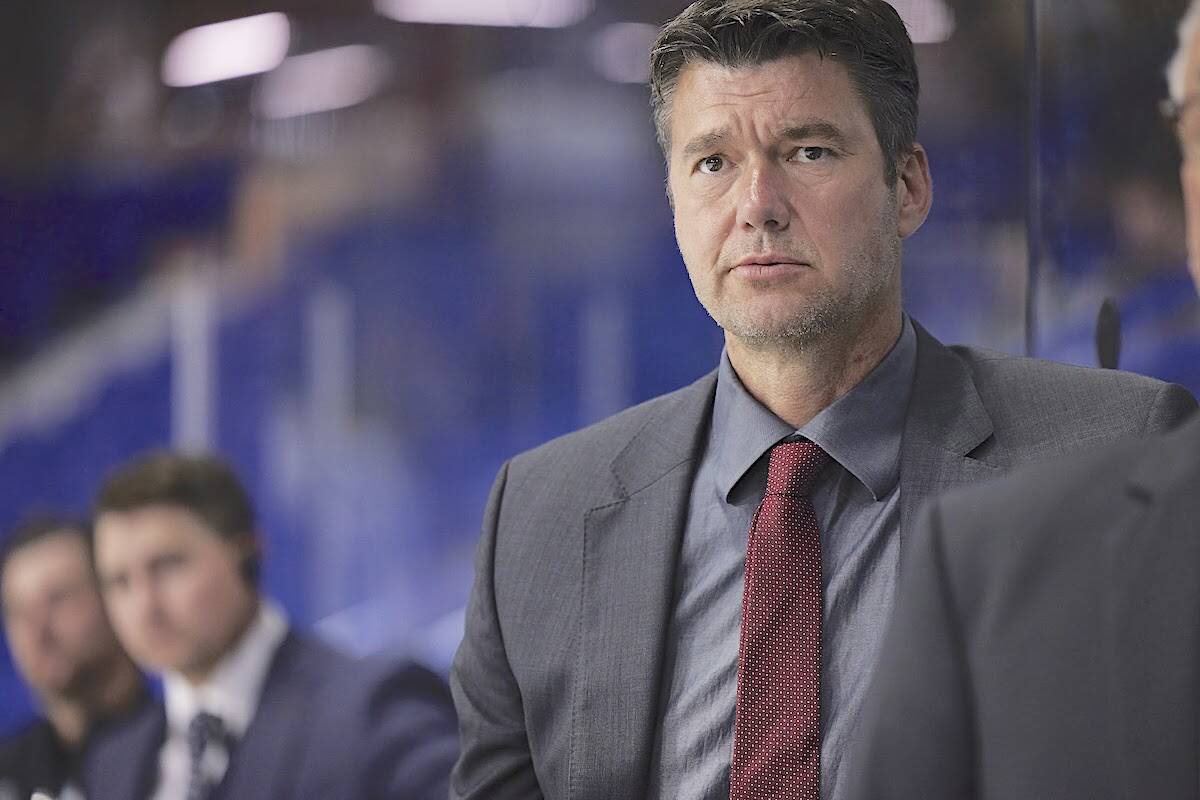 As well, some players who aged out last season — Alex Cotton, Adam Hall and Connor Horning — have left Dyck with the task of building a new team with much younger players.

During one pre-season game, in September, half the Giants roster was “still in high school,” Dyck pointed out, with one player aged 15, four 16-year-olds and five 17-year-olds.

Dyck’s task is to mould those promising individual players into a team.

“They’re a good group of guys.”

But developing them into a team won’t happen instantly, he cautioned.

“It takes a lot of time to get connected.”

While some other teams, at least in the beginning, might be bigger and quicker than the youthful Giants players, they shouldn’t expect an easy time of it, he said.

“We want to be hard to play against,” Dyck promised.

With the end of the pandemic, and the sudden interruptions and cancellations it inflicted on the team schedule, is Dyck looking forward to a season where the game isn’t overshadowed by a public health crisis?

“We certainly hope so,” Dyck told the Langley Advance Times.”

“One thing we’ve learned, is there’s some things you can’t control.”

And if there are sudden, unfortunate twists of fate of COVID magnitude?

“We’ll roll with it,” Dyck predicted.

READ ALSO: Canada’s gold at the World Junior Hockey Championships has some help from the Vancouver Giants

Giants’ first regular season game will be on home ice at the Langley Events Centre against Seattle Thunderbirds on Friday, Sept. 23. Puck drops at 7:30 p.m.

Training camps open around NHL after another short offseason

Not making playoffs would be ‘a disaster’ for Canucks: coach