Vancouver Giants are prepping for a rematch against the Blazers tonight. They’re hoping to squeak out their first victory of the season against this team, after the latest 6-1 defeat in Kamloops Friday night.

The G-Men finished a three-game road trip through the B.C. Interior, and are now back on home ice starting a three-game series at the Langley Events Centre beginning at 7 p.m. tonight (Saturday).

Alex Cotton supplied the lone goal for the Giants in the final minute of the third period on their lone power-play chance of the game.

Giants goaltender Jesper Vikman stopped 36 Kamloops, shots while Dylan Garand made 15 saves at the other end.

Friday’s battle against Kamloops followed back-to-back games in Prince George against the Cougars earlier this week. Tuesday, the Giants fell 1-0. Then on Wednesday, they came back to earn a 5-3 victory over the Cougars.

After this evening’s game, the G-Men will play the Everett Silvertips next Friday, followed by the Victoria Royals on Saturday. Both those games will also be held at LEC.

Tickets for the at home games are still available by clicking here.

PREVIEW: Tonight at the LEC the Vancouver Giants wrap up a stretch of seven games in 11 days when they clash with the Kamloops Blazers.

GAME BY THE NUMBERS

KAM – Dylan Sydor put Kamloops up 1-0 at 2:37. His third of the season came off the rush from the right wing circle and was set up by Tye Spencer and Ethan Brandwood.

KAM – Daylan Kuefler’s first of two goals on the evening came next at 11:59, Kuefler parked himself in the right-wing circle and one-timed a Mats Lindgren pass home. Logan Stankoven earned the second helper.

Giants forward Adam Hall was kicked out of the game and assessed a five-minute major for interference at 19:34.

KAM – 2:13 into the third, Connor Levis tucked home his third goal of the season, in close off a cross-ice feed from Nick McCarry. The Levis goal was the first of two Kamloops power play goals on the night.

KAM – Josh Pillar then made it 4-0 off another power play chance. Jesper Vikman got some, but not quite enough of Pillar’s shot from the right-wing point. Assists were credited to Matthew Seminoff and Quinn Schmiemann.

KAM – At 15:09, Daylan Kuefler snagged his second goal of the night. This was came directly off a faceoff victory, and was unassisted.

KAM – The final Blazers goal came at 19:07 from Matthew Seminoff who quickly one-timed a pass from Logan Stankoven home for his seventh goal of the season.

VAN – At 19:18, Alex Cotton scored his second goal in as many games for the Giants. It came on a power play off a screened shot from the right-wing point. Ty Thorpe had the lone assist on Cotton’s sixth goal of the season.

– Alex Cotton has now scored twice and added one assist for three points in his first three games with the Giants.

– Giants rookie forward Ethan Semeniuk left the game in the third period and did not return after he sustained a check along the boards. There was no penalty called on the play.

– With an assist on Alex Cotton’s goal, Ty Thorpe has now recorded at least one point in eight of his last nine games. In that span, Thrope has scored four goals and added six assists for 10 points. 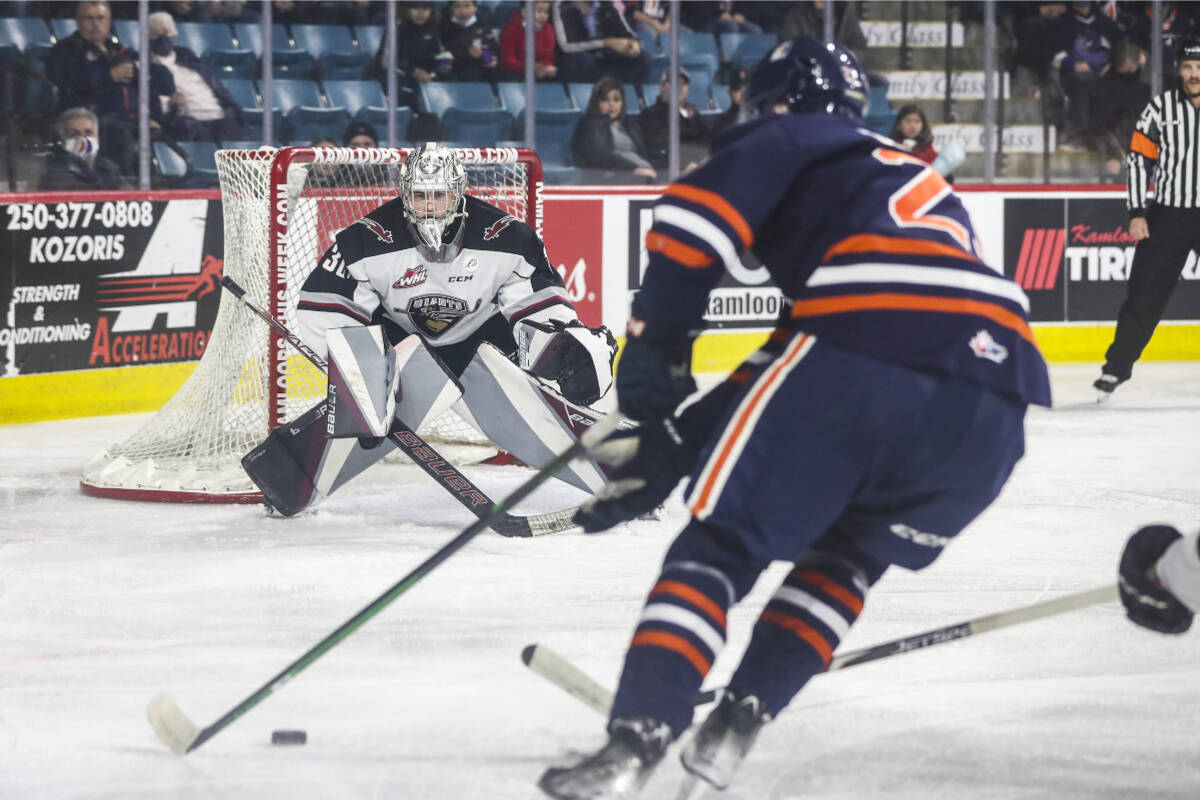 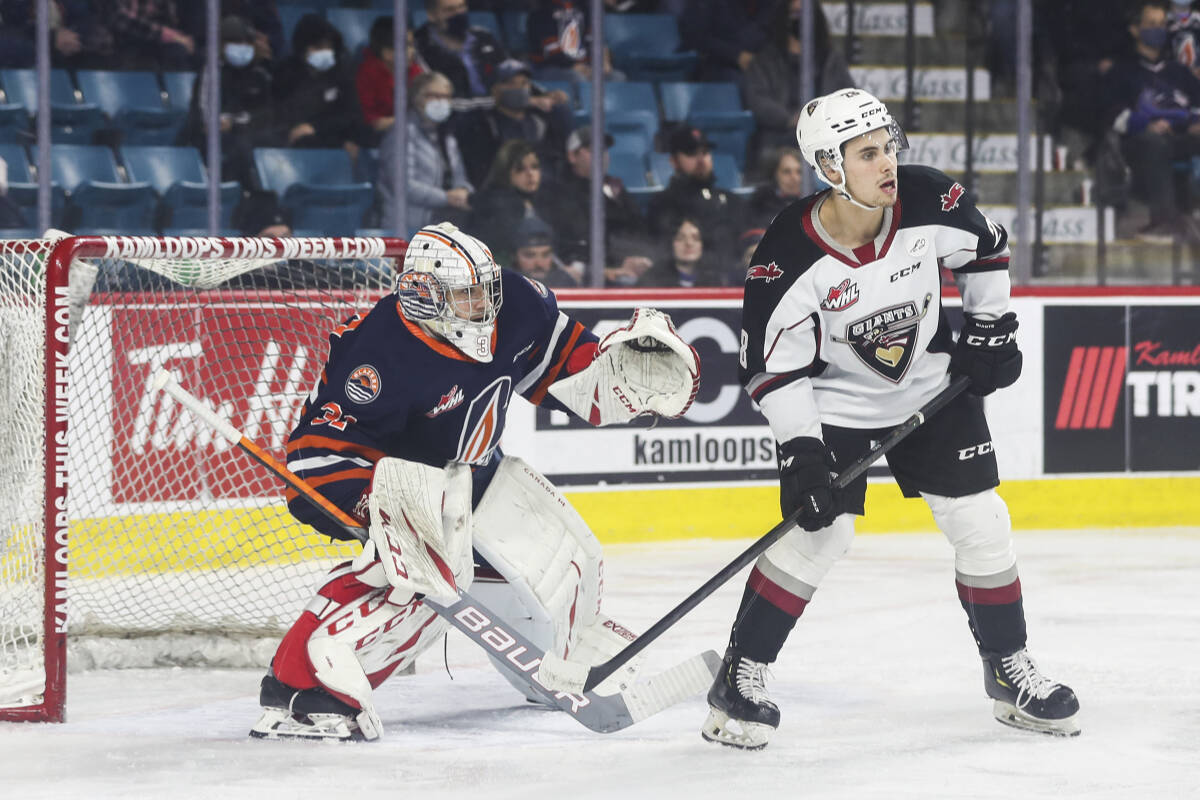