Two first period goals by the Silvertips were too much for the Vancouver Giants to overcome Saturday night in Everett.

Newly-minted Silvertips captain Jackson Berezowski opened the scoring with a powerplay goal 1:44 into the game. ANd that was followed in short order by Eric Jamieson added to the Everett lead with a breakaway goal eight minutes later.

While Jaden Lipinski was able to get the G-Men on the board early in the second with a “fancy through-the-legs goal,” Giants media director Jamison Derksen said Everett’s Beau Courtney capitalized on a turnover and restored the U.S. team 2-point lead a minute later.

And the final goal of the night, also scored in the second period. In that case, Roan Woodward redirected the puck with his skate at 9:47, taking a permanent 4-1 lead.

Looking to bounce back next week.
.
📷: Kristin Ostrowski pic.twitter.com/6atZmv38Oo

RECENT: Vancouver Giants head coach Michael Dyck will be working with a much younger team this season

As previously indicated by head coach Michael Dyck, he acknowledged it’s a young team this season, and consequently it could take a few weeks for him to determine the final roster.

“They’re a good group of guys.”

But developing them into a team won’t happen instantly, he cautioned.

“It’ll take a little longer,” he waned. “It takes a lot of time to get connected.”

Next up, the Vancouver Giants return to what Derksen calls the “friendly confines” of the Langley Events Centre for a matchup with the Victoria Royals this coming Friday, Sept. 30. Puck drops at 7:30 p.m. 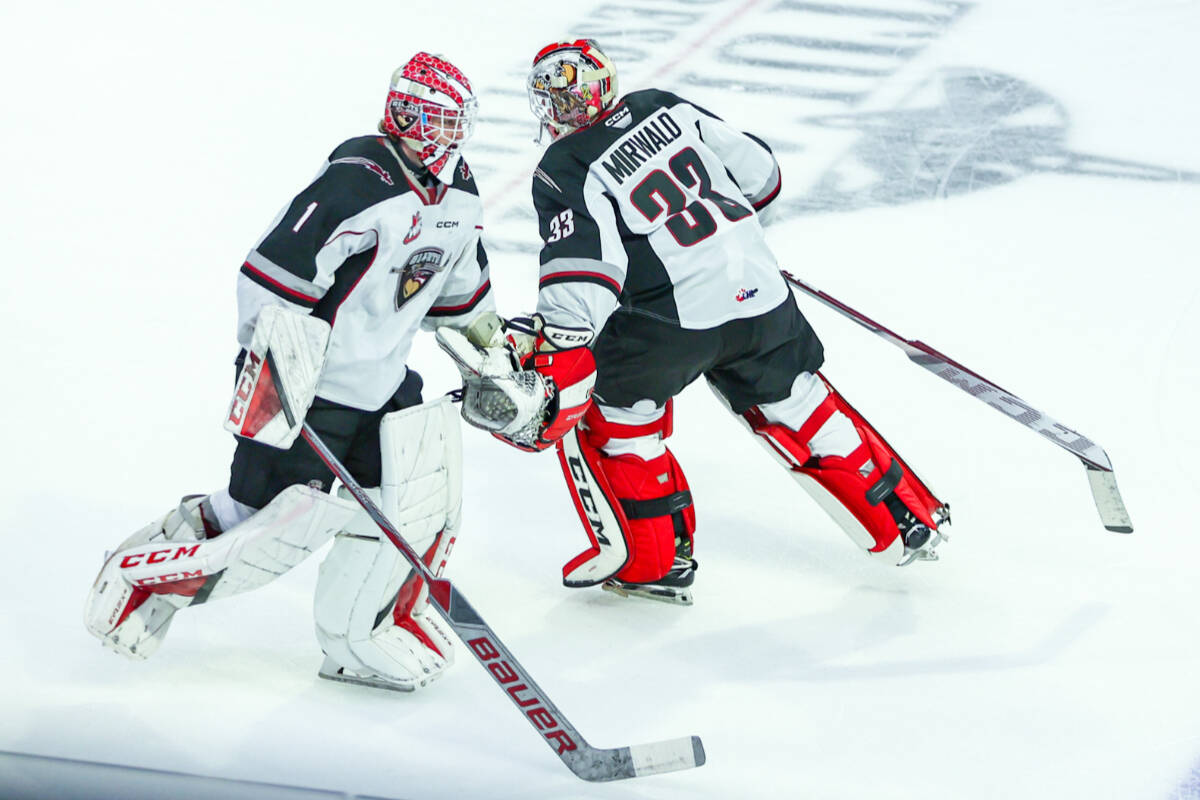 Giants fall 4-1 to Silvertips on Everett Saturday night, in the Langley-based team’s second game of the regular season. Both G-Men goalies took a turn in the net, Matthew Hutchison and Brett Mirwald. (Kristin Ostrowski/Special to Langley Advance Times)