Five Vancouver Giants players have made the “Players to Watch” list issued by the NHL Central Scouting Service.

Released Tuesday, Oct. 25 the list includes Samuel Honzek as a first-round or “A” candidate.

Slovak Import Samuel Honzek is one of seven WHL players to be given an “A” rating in the preliminary rankings. The 10th Overall pick in the CHL Import Draft leads the Giants in scoring with six goals and seven assists for 13 points.

Ty Halaburda was among the players given ‘B’ ratings, projected to be second- or third-round candidates.

A second-round Giants WHL draft pick Halaburda is one of twelve WHLers to be given a “B” rating. He has been a fixture on the top line this season and has three goals and eight assists so far this season. 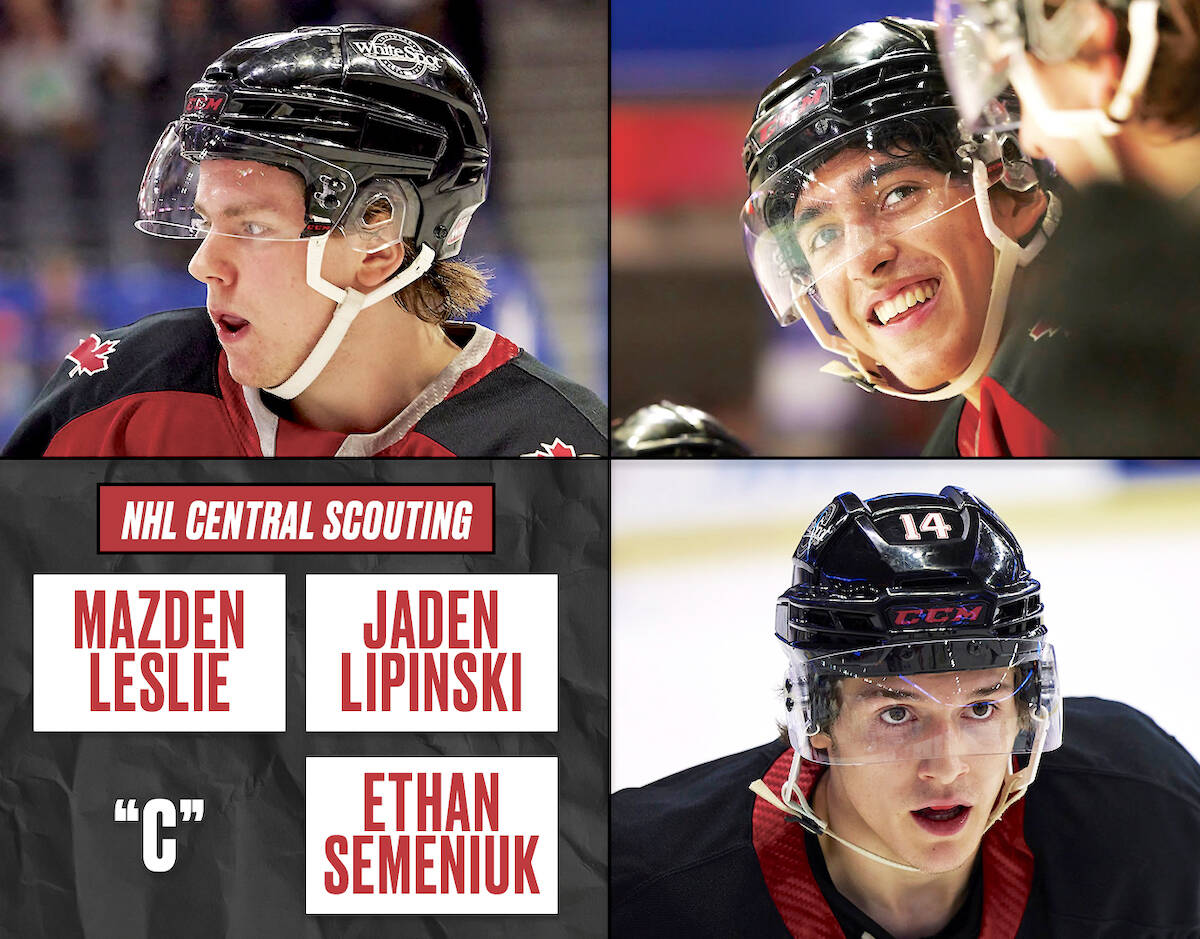 Three Giants were given “C” ratings as players projected to be fourth-, fifth-, or sixth-round candidates:

Mazden Leslie, last week’s WHL Player of the Week, and the only Giants Defenceman on the list. The 2020 Giants first rounder is one point off the WHL lead in defenceman scoring with two goals and nine assists for 11 points.

Jaden Lipinski, the 6’3” centre from Scottsdale, AZ has been a key contributor offensively so far this season for the G-Men, with three goals and seven assists. His late-2004 birthday means that the 2023 NHL Entry Draft is the first he’s eligible for.

Ethan Semeniuk has almost matched his totals from last season with a hot start to the year. He’s got five goals and three assists for eight points, including Vancouver’s only shorthanded goal of the season so far.

Two Langley players on other WHL teams also made the list; Kaden Hammel of the Kamloops Blazers (B) and Logan Wormald of the Lethbridgee Hurricanes (C).