Vancouver Giants will return to the ice for their first regular season game on Friday, September 23rd at the Langley Events Centre against reigning Western Conference playoff champions, the Seattle Thunderbirds.

On Tuesday, June 5, the Langley-based WHL franchise released their 2022-23 schedule, which will see them play a full 68-game season, many against teams they haven’t seen in a while.

All eyes will be on the LEC on Friday, November 25th when 2023 NHL Draft prospect Connor Bedard and the Regina Pats come to town for their first visit to Vancouver since 2018.

This season will also mark the first time that the Giants will host the Winnipeg ICE (Wednesday, Oct. 19) since they relocated East from Cranbrook in 2019.

Other highlights include four home clashes with the 2023 Memorial Cup host Kamloops Blazers, starting on Sunday, October 23rd; two separate five-game homestands and a 2019 league championship rematch with the Prince Albert Raiders on Wednesday, Feb. 1, which will be the first visit to Vancouver for Prince Albert since Game 5 of the 2019 WHL championship final.

From October 27th through November 18th, the Vancouver Giants embark on their Central Division road trip, taking them through Edmonton, Red Deer, Calgary, Medicine Hat, Swift Current and Lethbridge, before finishing up in Prince George.

The 2022 World-Under-17 Hockey Challenge will be taking over the Langley Events Centre during that period.

Final game of the regular season will go March 25, 2023 in Kelowna. 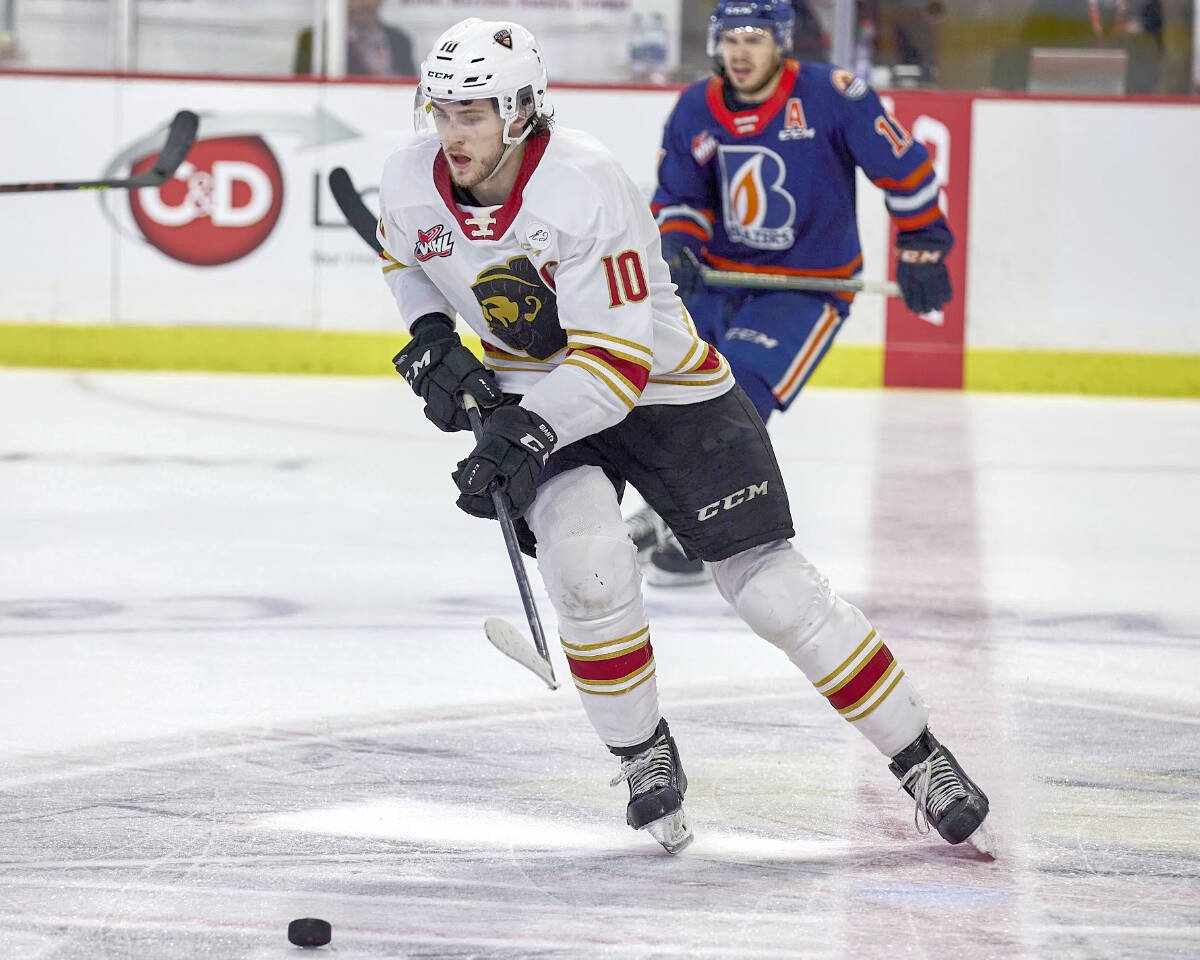 Zack Ostaphcuk and his Vancouver Giants teammates will return to the ice in September for their first full regular season since the pandemic. (Rob Wilton/special to Langley Advance Times)

Before the regular season gets going, Giants will kick off their preseason at home on Friday, Sept. 9 at 7 .m. against the Prince George Cougars That game will be played in Port Coquitlam at the Jon Baillie Arena complex.

That same weekend the G-Men will host the Victoria Royals at 4:00 PM on Sunday, September 11th at the Langley Events Centre.

The following weekend the G-Men will conclude their preseason with a home-and-home weekend with the Kelowna Rockets. On Friday, September 16th at 7:05 PM the Giants battle the Rockets in Kelowna at Prospera Place. They’ll then return home to face the Rockets on Saturday, September 17th at 7:00 PM at the Cam Neely Arena in Maple Ridge.

VIDEO: A sold-out Fort Langley half marathon and 5K draws close to 400