The 89-year-old Langley resident will surround himself with some beautiful women and allow himself to be wined and dined at one of his favourite local eateries.

But none of that could happen today until after he suited up and hit the track near his Murrayville seniors home on Sunday morning.

It’s not just that this elderly man is endeavours to stay in shape by walking or running the community track – although he does that, running at least five days a week with a warm up and stretch incorporated in his regular routine.

This is a lifetime athlete who actually joined about 1,000 or so other track and field competitors from around the province at McLeod Ahtletic Park on Sunday, for the conclusion of the Langley Mustangs Track & Field Club’s 39th annual Pacific Invitational.

And this young-at-heart area resident was there to compete in the master’s 100-metre dash.

He’s a regular at this track meet, and it was apparent as much of the crowd in the bleachers roared and cheered extra loud as he passed the half-way mark of his run. His granddaughter, Spencer, and his daughter, Diane, were waiting at the finish line to give him hugs and congratulations.

“I don’t know if this will be my last race or not, but it’s getting pretty close,” Thiessen told the Langley Advance just minutes after he completed the race.

He admitted he was late to pick up the sport, and that might explain why he’s so reluctant to give out.

Thiessen explained how he didn’t even take up track until he was 64.

He was competing in a baseball tournament during the Seniors Games a few decades back. Between games, he camped out on the sidelines of the track, and watched some of the races.

“I thought, I can do that too,” Thiessen recounted. With what his family calls a strong sense of will and commitment, that’s exactly what he did.

He returned home and immediately went to work training, not only for racing but for the javelin and the hammer throw – which he just gave up this year.

“It was getting a bit much,” he said of the hammer throw, but noted he is still active in curls during the winter months.

And, of course, Thiessen is still running, as well.

“Just short distances, sprints mostly. Warm up and stretch, and sprints,” he explained, admitting he not racing the clock anymore, but still anxious to prove to himself and the world that he can make it across the finish line.

He might be getting close to give up the competitive aspect of running soon, but he’ll contemplate his athletic future another time.

For now, he said, he’ll focus the rest of his day on his family and on being treated to a Father’s Day celebration.

READ MORE: Athletes from six to 91 compete in Langley this weekend 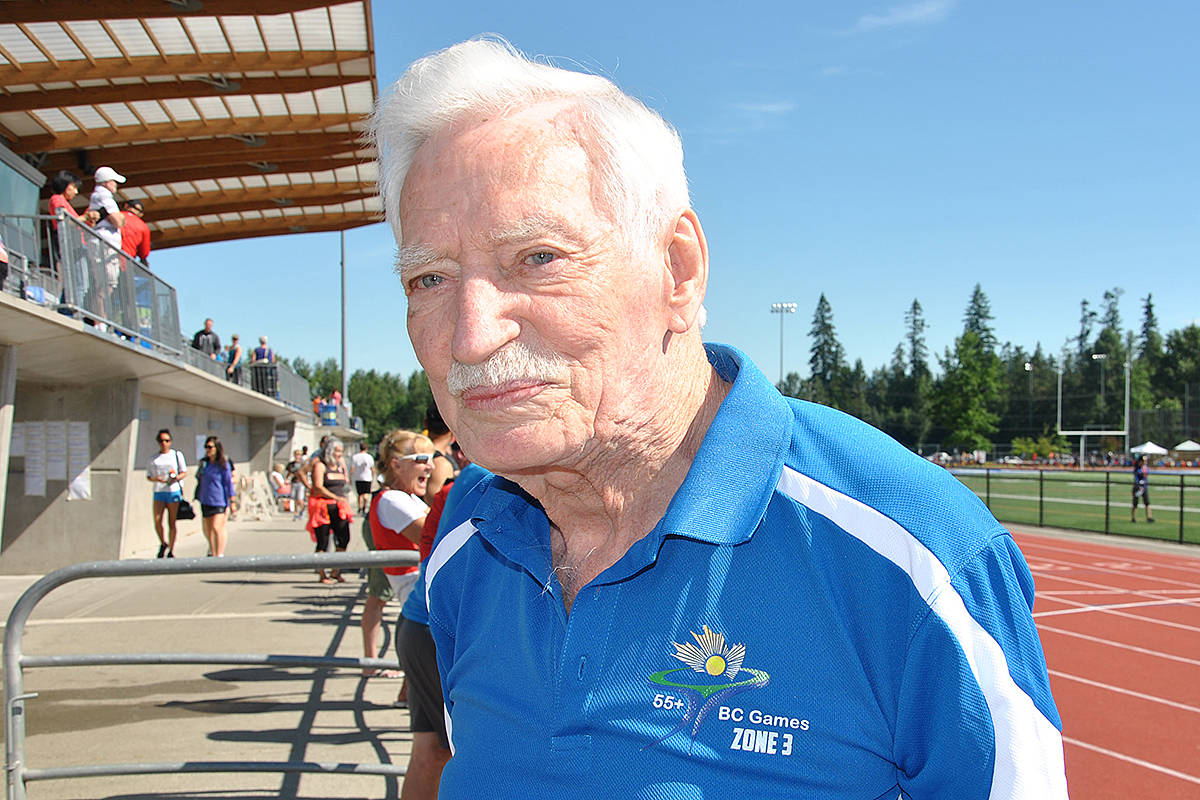 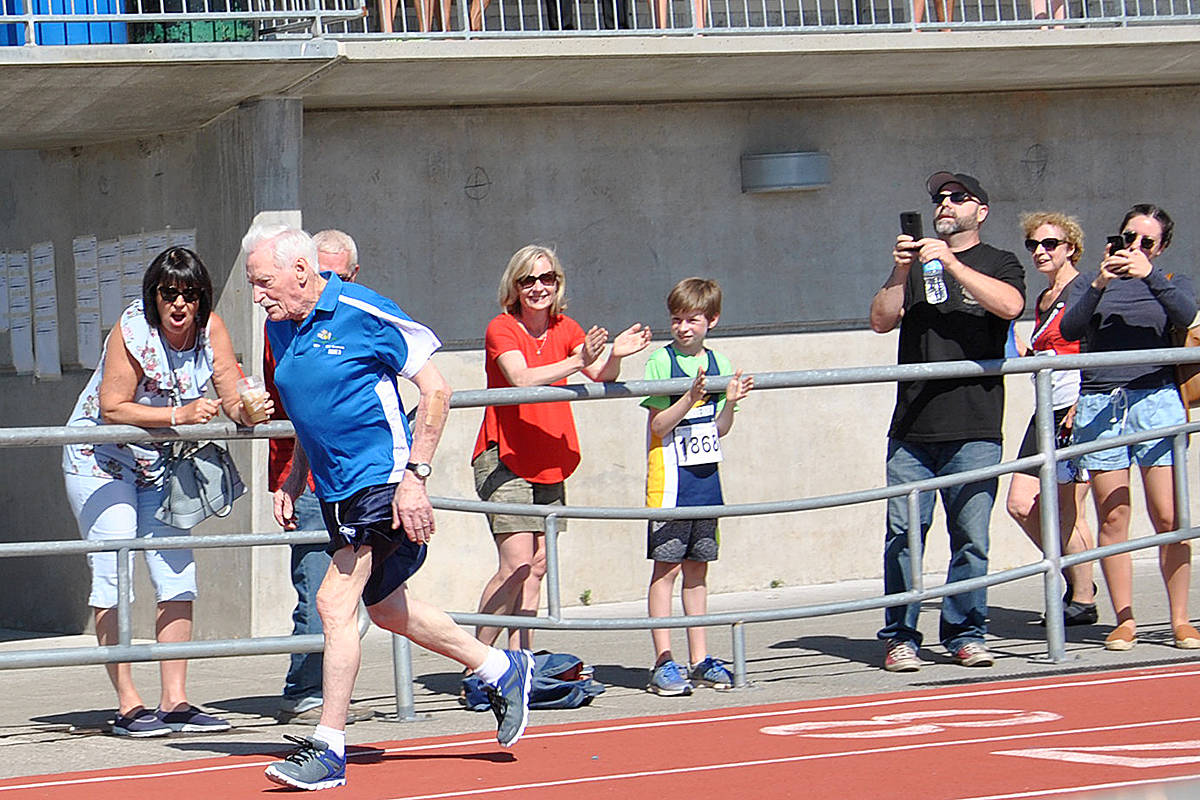 Ike Thiessen was cheered on by the crowd as he shot for the finish line in the masters 100-metre race Sunday at McLeod Athletic Park. (Roxanne Hooper/Langley Advance)