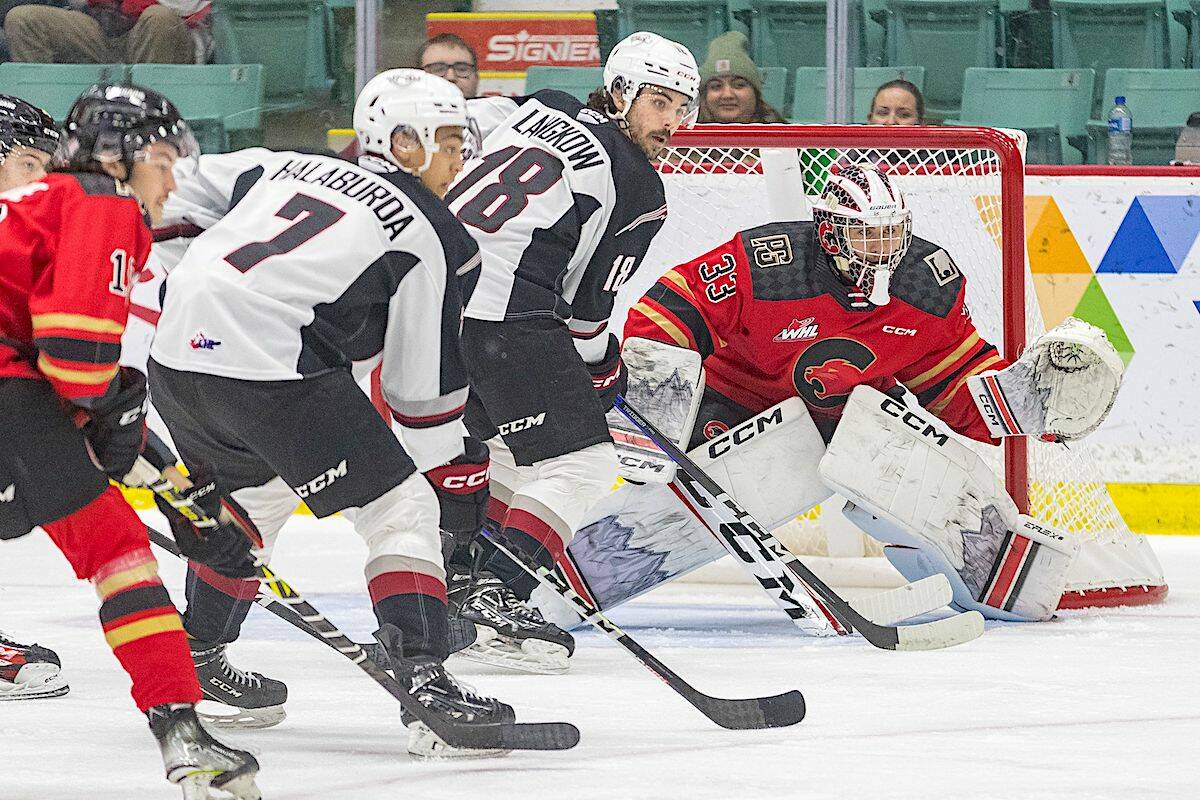 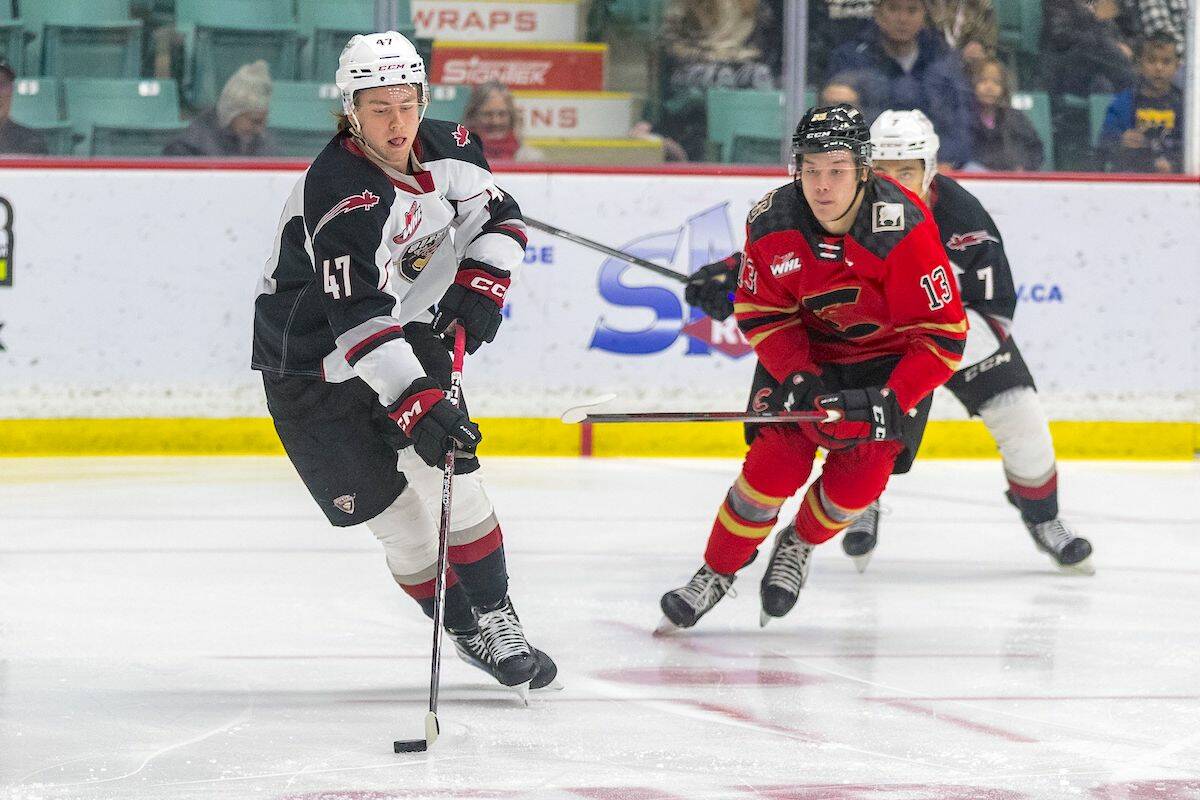 Mazden Leslie added to his points total as the G-Men won won the first half of their two-game road weekend against Prince George Cougars at the CN Centre on Saturday, Nov. 12 5-4.(James Doyle/Special to Langley Advance Times) 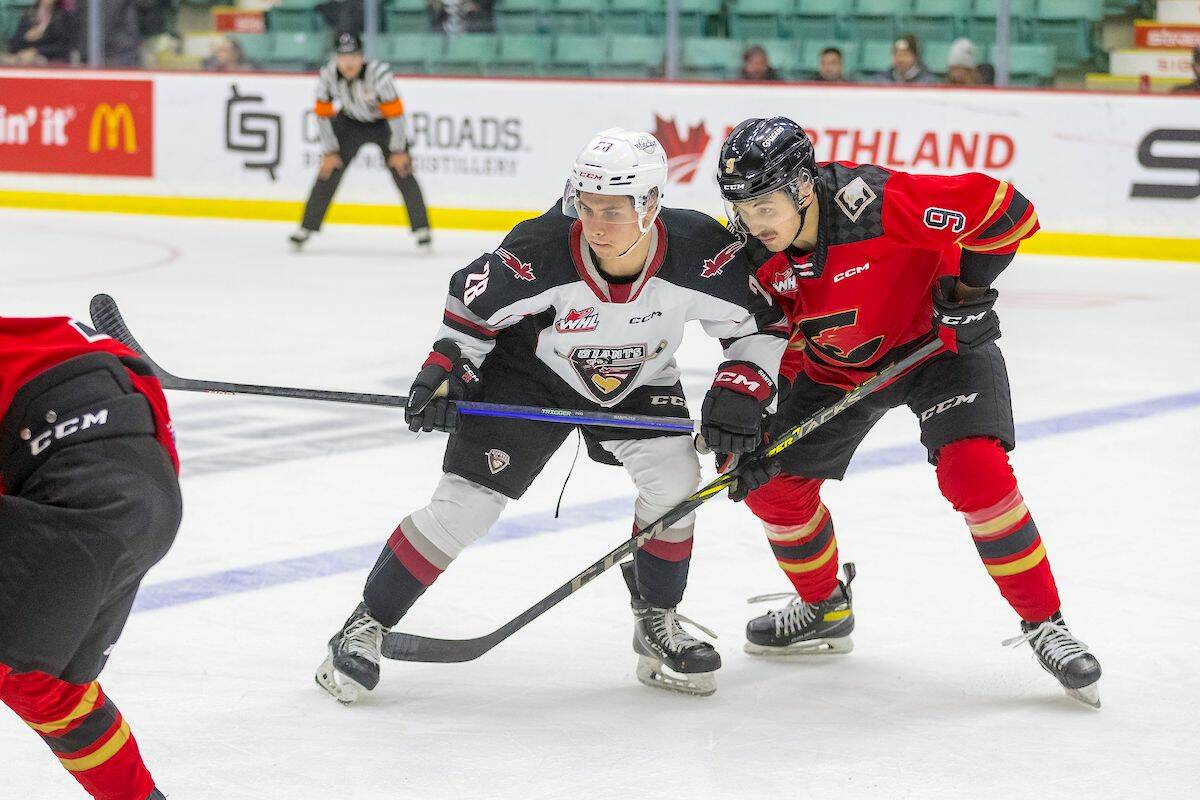 Julian Cull fended off a Cougar as the G-Men won won the first half of their two-game road weekend against Prince George at the CN Centre on Saturday, Nov. 12 5-4.(James Doyle/Special to Langley Advance Times)

Vancouver Giants forward Samuel Honzek celebrated his 18th birthday by scoring two goals, his 10th and 11th of the season, and assisting on two others as the G-Men won won the first half of their two-game road weekend against Prince George Cougars at the CN Centreon Saturday, Nov. 12. 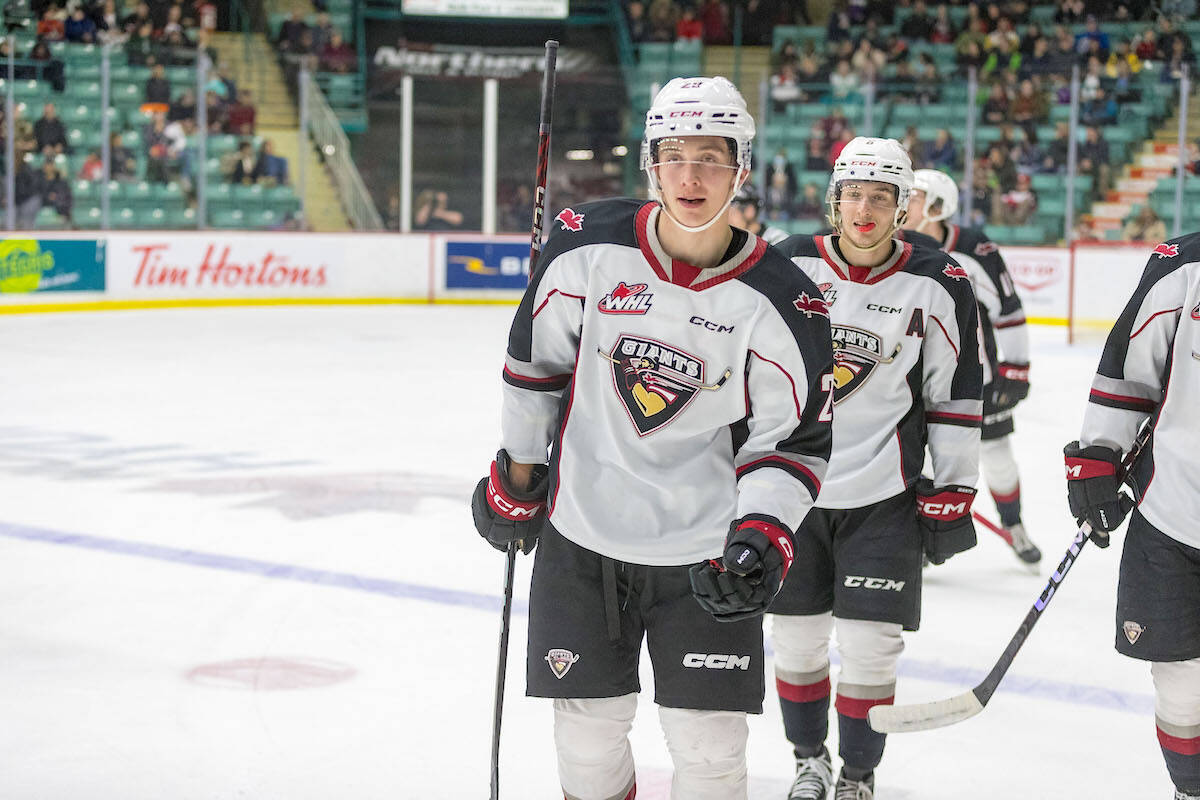 Number 29 had a good game against Prince George, opening the scoring 5:03 into the game with an assist by Ty Thorpe, and Zack Ostapchuk.

Just a minute and a half later, Cougars’ Ryker Singer buried a penalty shot to even the score at 1.

Honzek netted his second of the night, this time on a power play, at 14.41 of the first to give the Giants a lead heading into the intermission. Mazden Leslie and Zack Ostapchuk had the assist.

Prince George struck first in the second period, with Koen Ziemmer tying the game again on the power play at 9:40.

Giants’ Ty Thorpe redirected a short with 1:05 left in the second period to put the Giants ahead going into the second intermission, with Ostapchuk and Honzek assisting.

Proof that Ty Thorpe continues to use the Pythagorean theorem. @WHLGiants pic.twitter.com/WZvUYOSkgd

Vancouver’s Jaden Lipinski buried the game-winning goal on a power play at the 1:42 mark of the third period, with Honzek and Ostapchuk assisting.

Cole Dubinsky got one back for Prince George late on the power play for the Cougars at 19.24 but that was the end of the scoring for the night.

Ostapchuk and Honzek were named first and second stars of the game.

Giants were playing the Cougars again at the CN Centre Sunday afternoon.

Their next home game is set for Langley Events Centre against the Kamloops Blazers Friday, Nov 18. Puck drop is 7:30 p.m.