A 75-year-old grandfather from Aldergrove won five medals at the B.C. Masters Indoor Championship in Kamloops that ran from Friday through Sunday, Feb. 25 to 27.

He won the shot put and 60 metre events, and took silver in the high jump.

Toor told the Langley Advance Times that he played multiple sports as a young man.

“In my younger days, [they included] sprinting, handball, soccer and volleyball,” Toor recalled.

An article in a local paper inspired him get back into competition in 2012.

“I happened to read a newspaper about the 55-plus games,” Toor said.

He’s hoping other athletic Aldergrove seniors will get into competition and “join this bandwagon in the future to make the city proud.”

He beat the provincial hammer throw record and the Canadian records for the weight throw.

In October, at an Ultra Throw Club meet, Toor set a new record in the super weight throw (35 lbs.), crushing the old provincial record of 4.83 metres with a throw of 8.01 metres; a toss that saw him ranked No. 2 in the World Masters Rankings.

At that event, he once again broke the Canadian record for the weight throw and was named Canadian Masters Athlete of the Month for October. 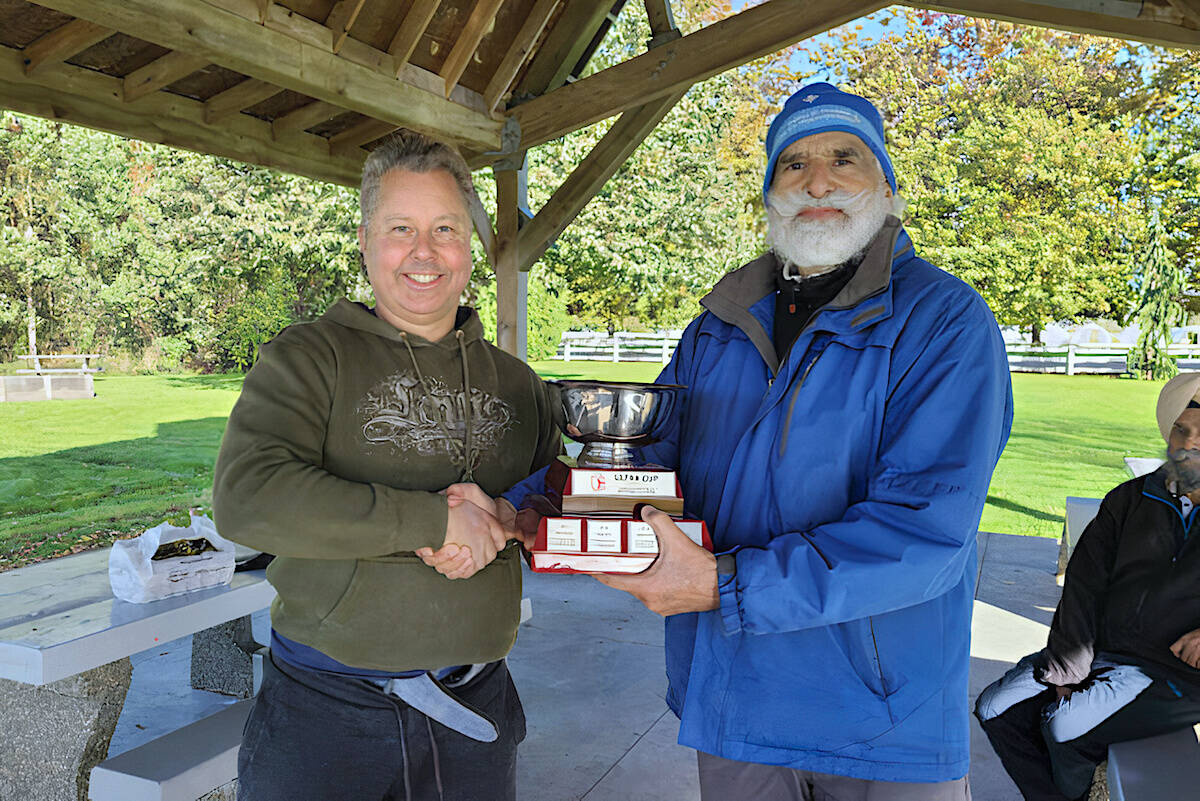 Harnek Toor accepted one of his many trophies from Ultra Throw Club President Jodi Cranston in 2021. (file)

Currently a member of the Ultra Throw club in Langley, Toor plans to spend the next three months training for the World Masters Athletics championships in Tampere, Finland from June 29 to July 10.

The non-profit Ultra Throw masters club trains in Langley at McLeod Athletic Park, and has members from throughout the Lower Mainland and Fraser Valley.

Aldergrove soccer team remembers player with ‘passion’ for the game