As of Thursday, Aug. 12, Aldergrove’s Zach Choboter is an unofficial world record holder.

Tackling the challenge of taking the “Longest Continuous Journey on Rollerblades,” he surpassed the previous record of 8597 kilometers.

Choboter departed from the Olympic Plaza in Whistler on Tuesday, May 25 – the start of a cross-country journey to raise awareness for bees.

He’s been on the road – covering 100 to 120 kilometers every day – for nearly three months. He surpassed the record in rural New Brunswick.

“We want to thank everyone who has been a part of this epic adventure,” Choboter said. “Family, friends and all of you for the continued support!”

The evidence is pending with the Guinness World Records, who are well aware of Choboter’s attempt and will deem his record official in the coming weeks.

While the record is certainly icing on the cake for the B.C. blader, it’s not why he’s doing it.

Choboter vowed to cross Canada from Vancouver Island to St. John’s, Newfoundland in order to raise awareness about the decline of pollinators through his non-profit, Blading For Bees.

Along the way, he’s met with people to share his passion for conservation, such as representatives from Nature New Brunswick last week.

The journey acts as a launching point for the organization, which will educate kids about green living upon his return to the Lower Mainland.

Choboter’s journey has taken him through the windy Rocky Mountain roads where he encountered bears, flat prairie highways where he took his first tumble that prompted a visit to the ER, and the long lakeside views through Ontario and Quebec.

He’s currently making his way through the Maritimes and about to enter Nova Scotia.

Choboter’s journey won’t officially end – even though the record has been surpassed – until he’s hit his goal and rollerbladed more than 9,000 kilometers to the eastern most point of Newfoundland.

The team, who follows him in a logo’d up van, theorized that he’ll be all said and done by the end of August.

“It’s for the bees baby,” Choboter reiterated – his mantra throughout the entire Canadian crossing. 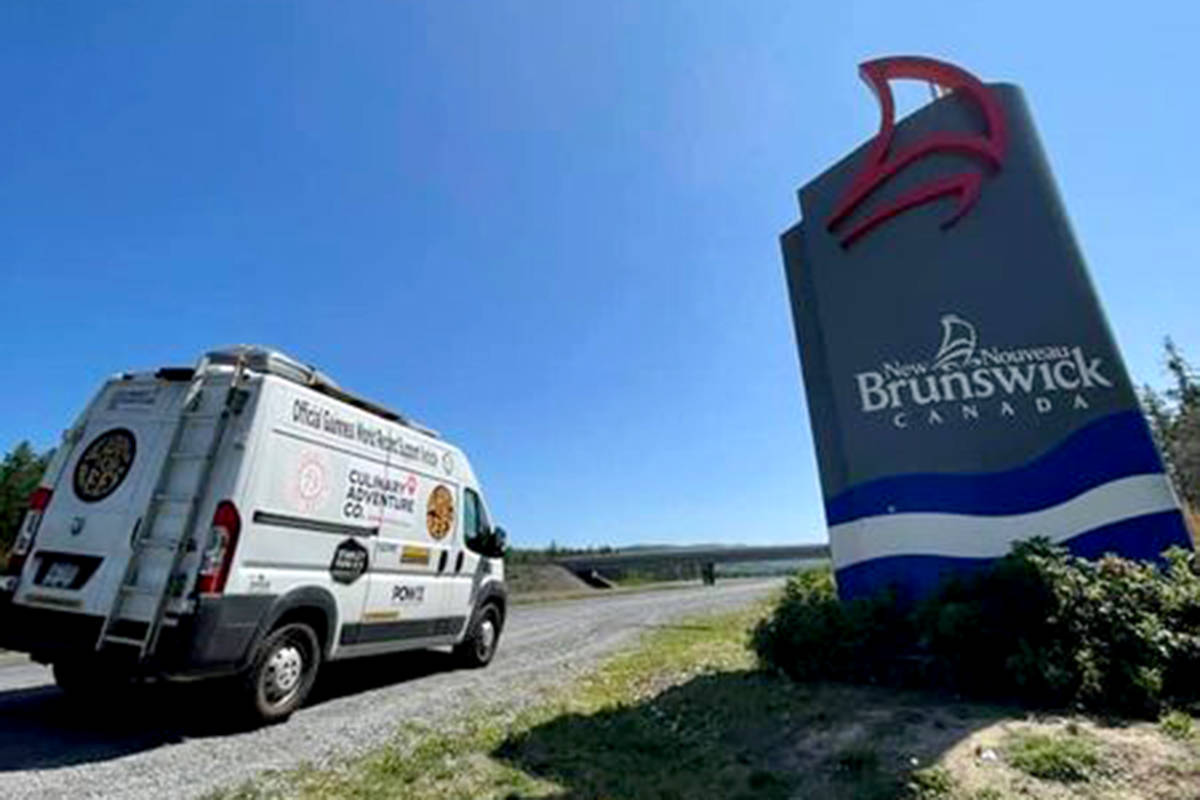