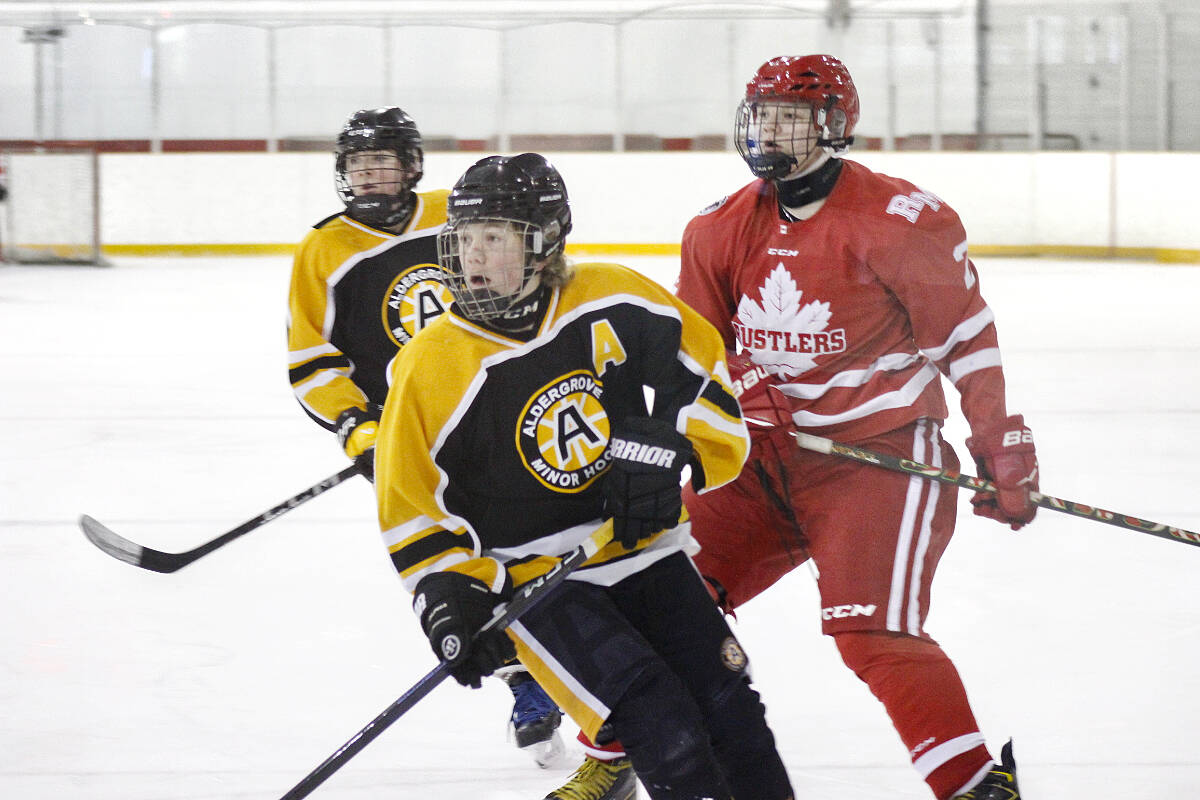 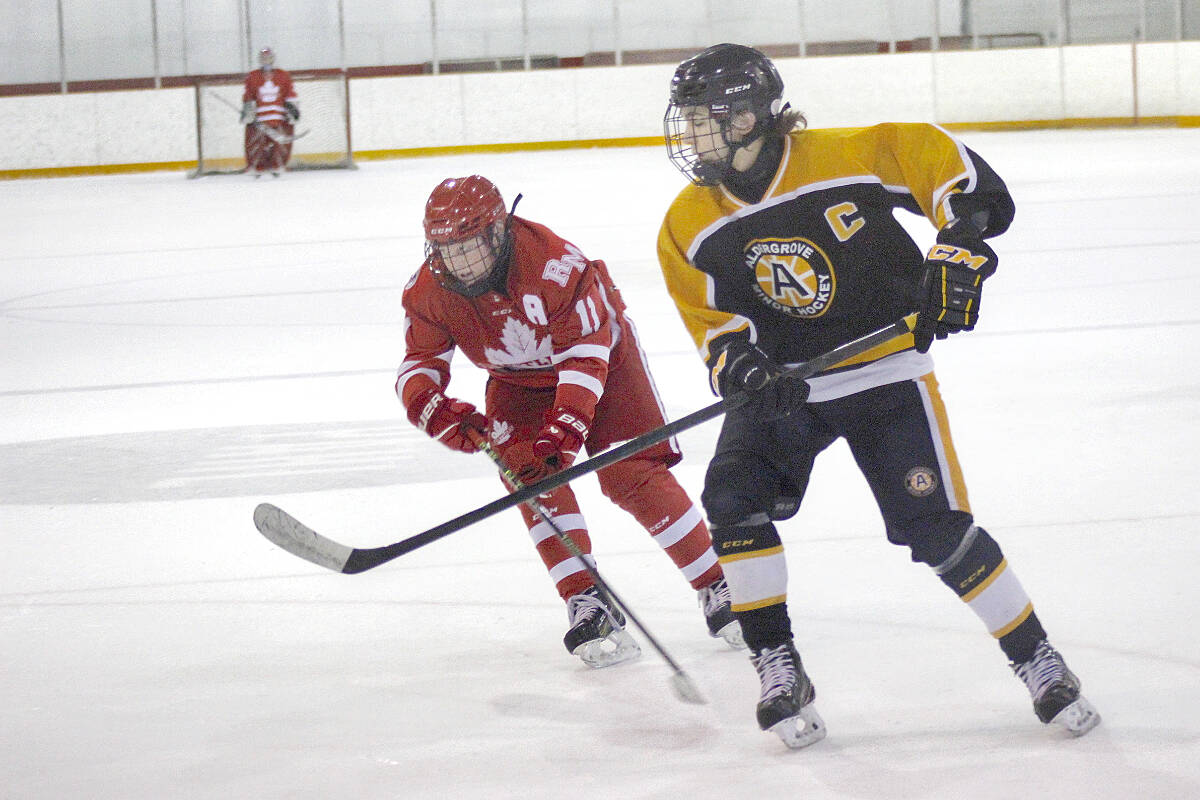 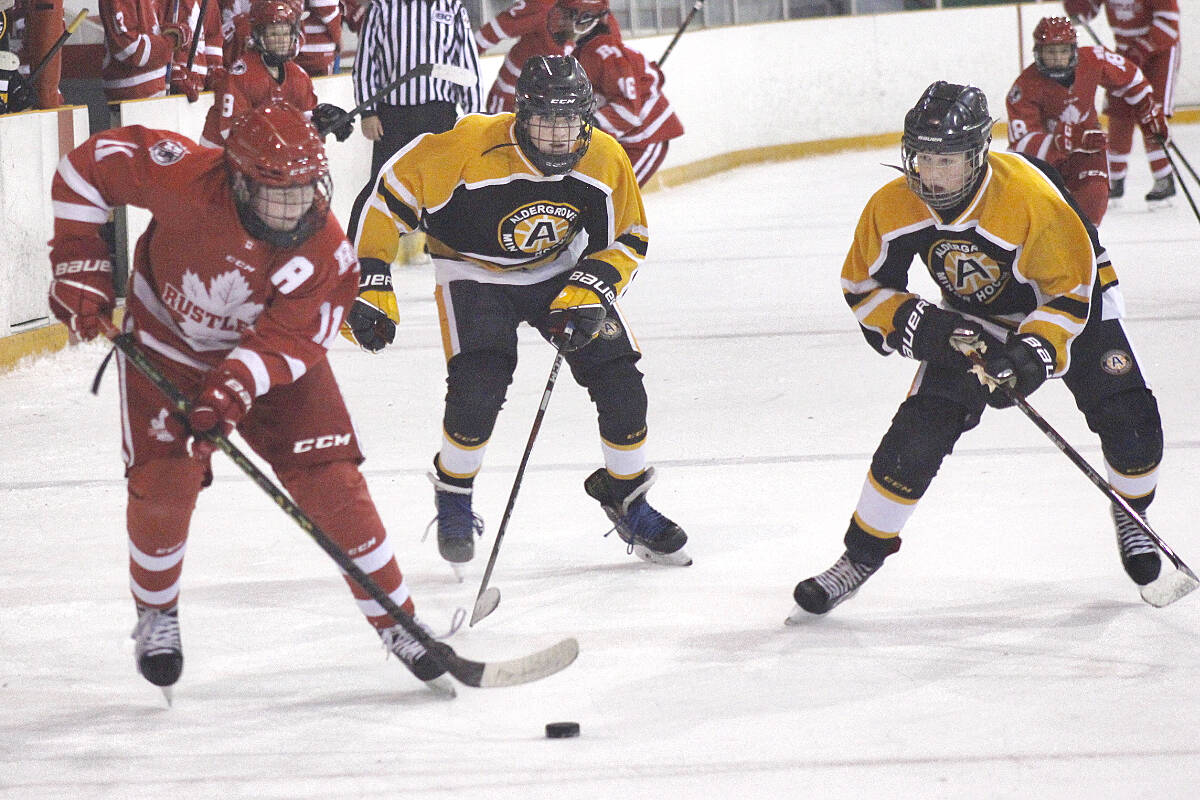 Bruins won gold by narrowly beating out the Abbotsford Hawks with a late third-period goal that gave them a 6-5 victory, that after getting past the Ridge Meadows team earlier in the tournament.

Down in the third period of the gold medal game by a deficit of 5-3 Bruins tied it up late to get the game into overtime.

Then, with one minute left in the first overtime period, the game was decided by what Petursson described as “a beautiful goal” from Zach Phipps. 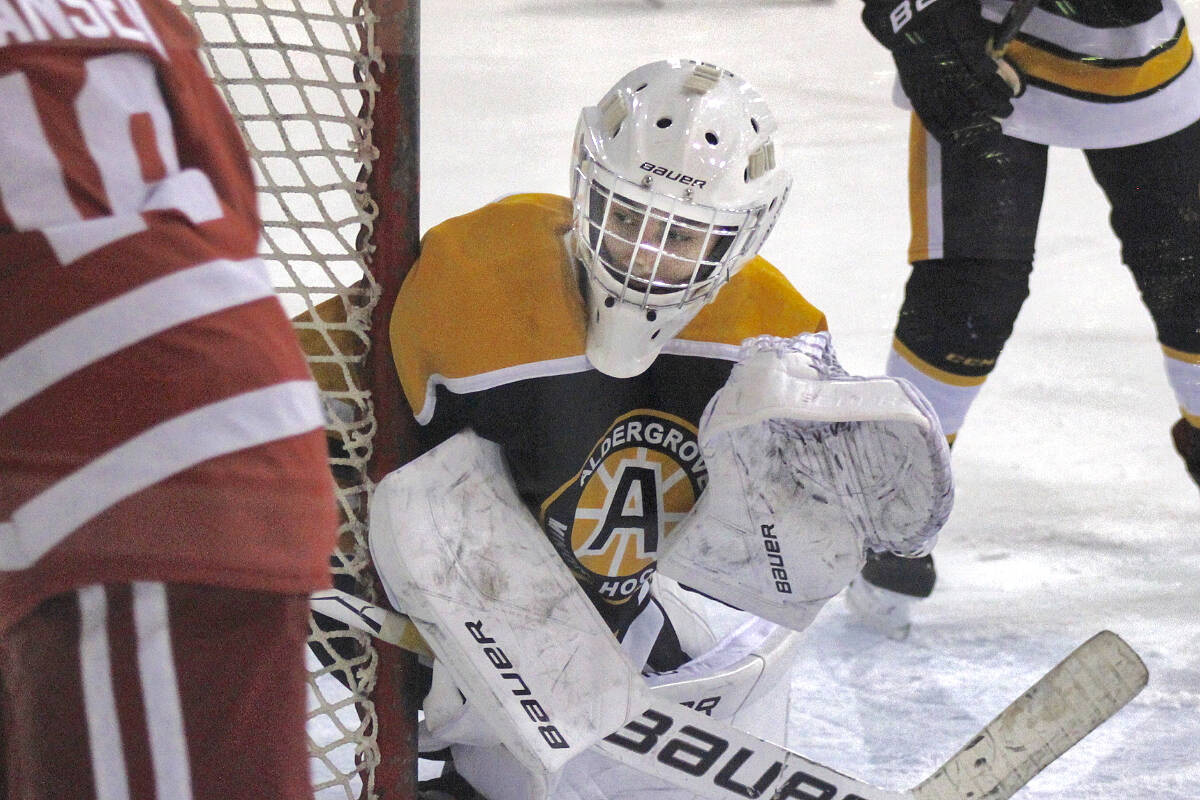 Aldergrove Bruins netminder Liam Sitnik, seen here in action against the Ridge Meadows Rustlers, and his teammates won gold by narrowly beating out the Abbotsford Hawks with a late third-period goal in the in the Ridge Meadows Hometown Heroes tournament. (Brandon Tucker/Black Press Media)

Five U15 teams and 15 U13 teams gathered in Pitt Meadows and Maple Ridge to battle it out, with the final matches being played on New Year’s Day.

Those interested can contact the registrar by email at registrar@aldergroveminorhockey.com to receive the registration package once it is available. An in-person registration night will be held in mid-June as well.