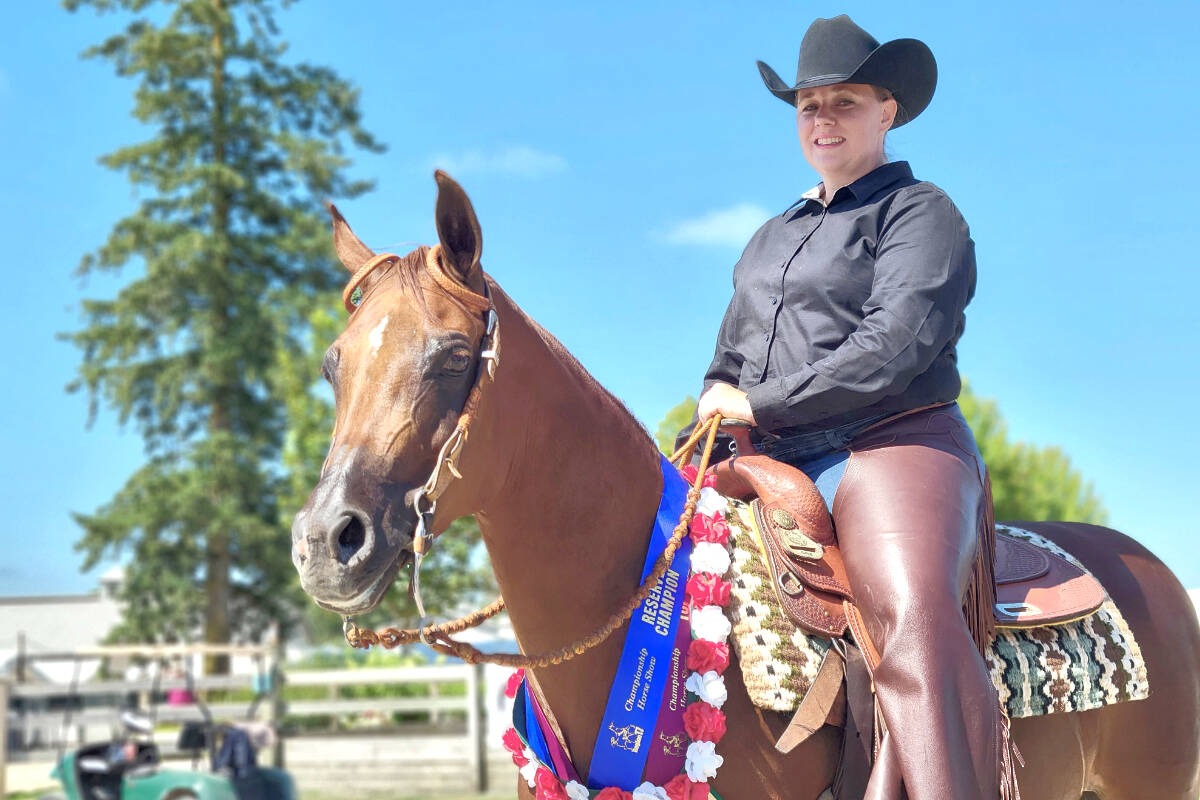 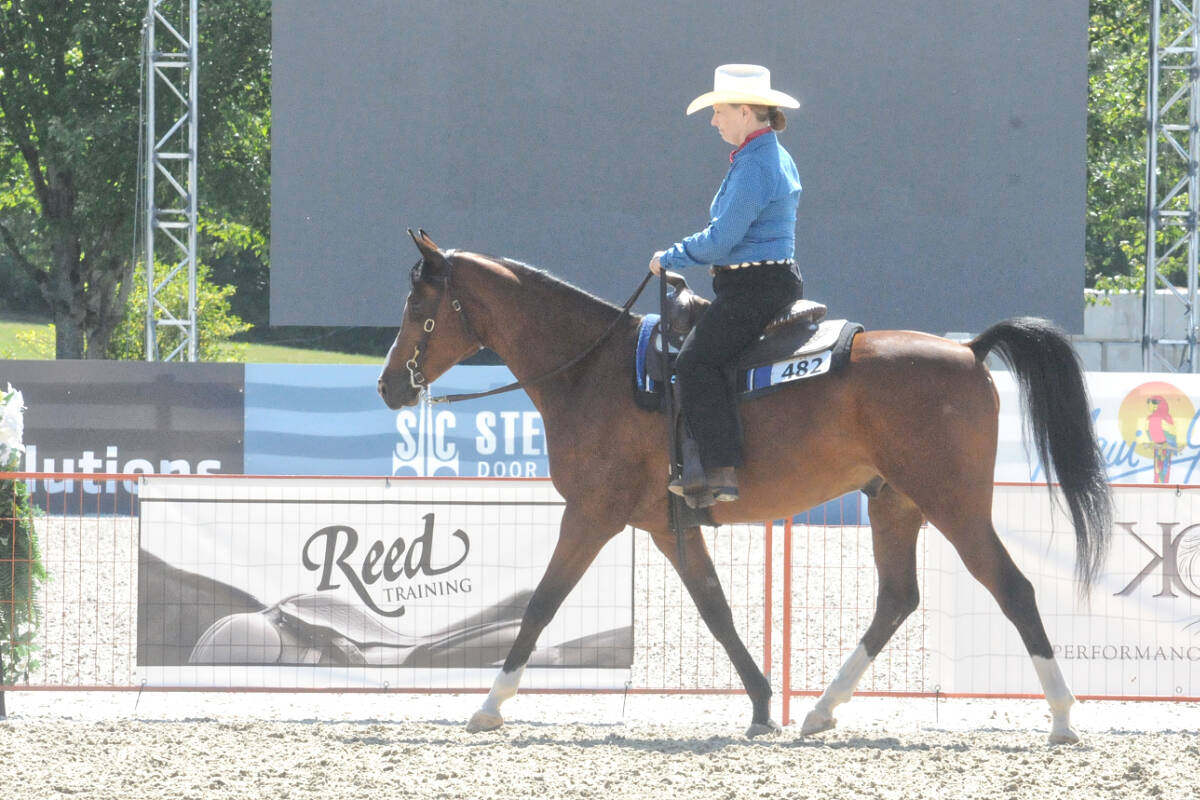 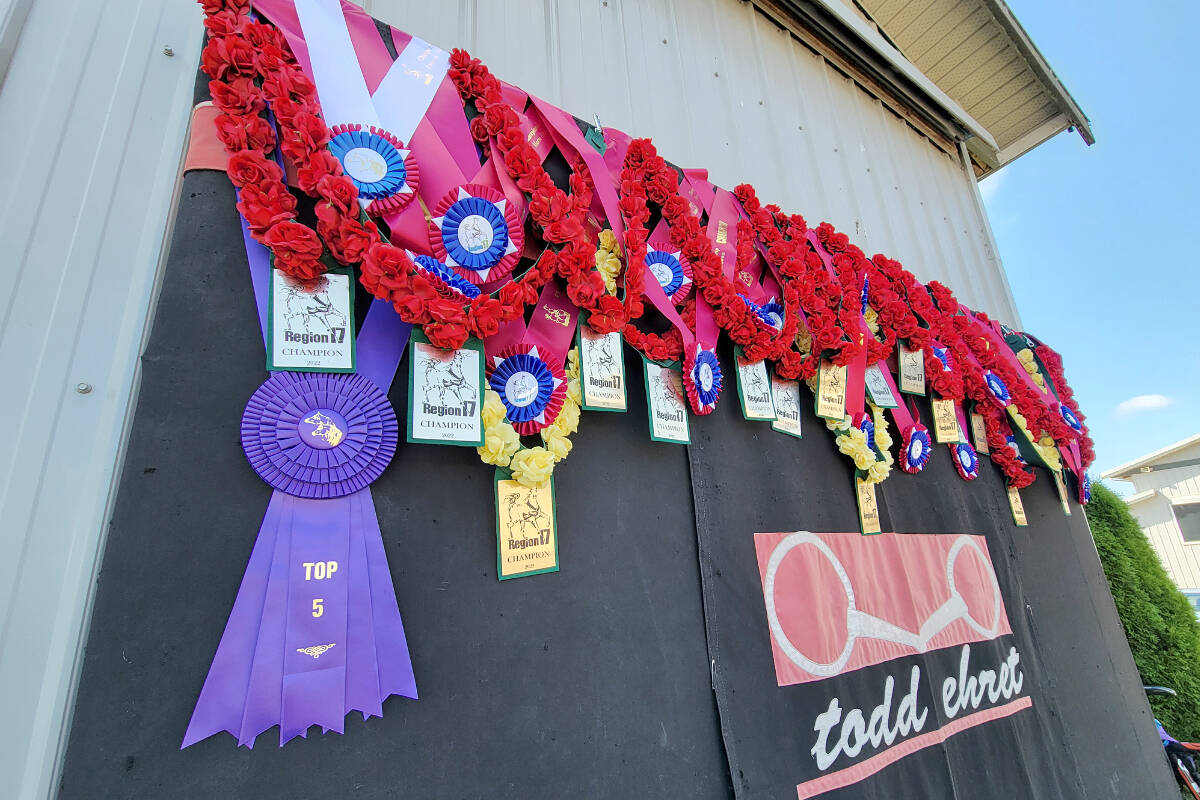 “That’s kind of her forte,” Fraser said of Christiana’s outstanding performance in the test of a horse’s working ability. 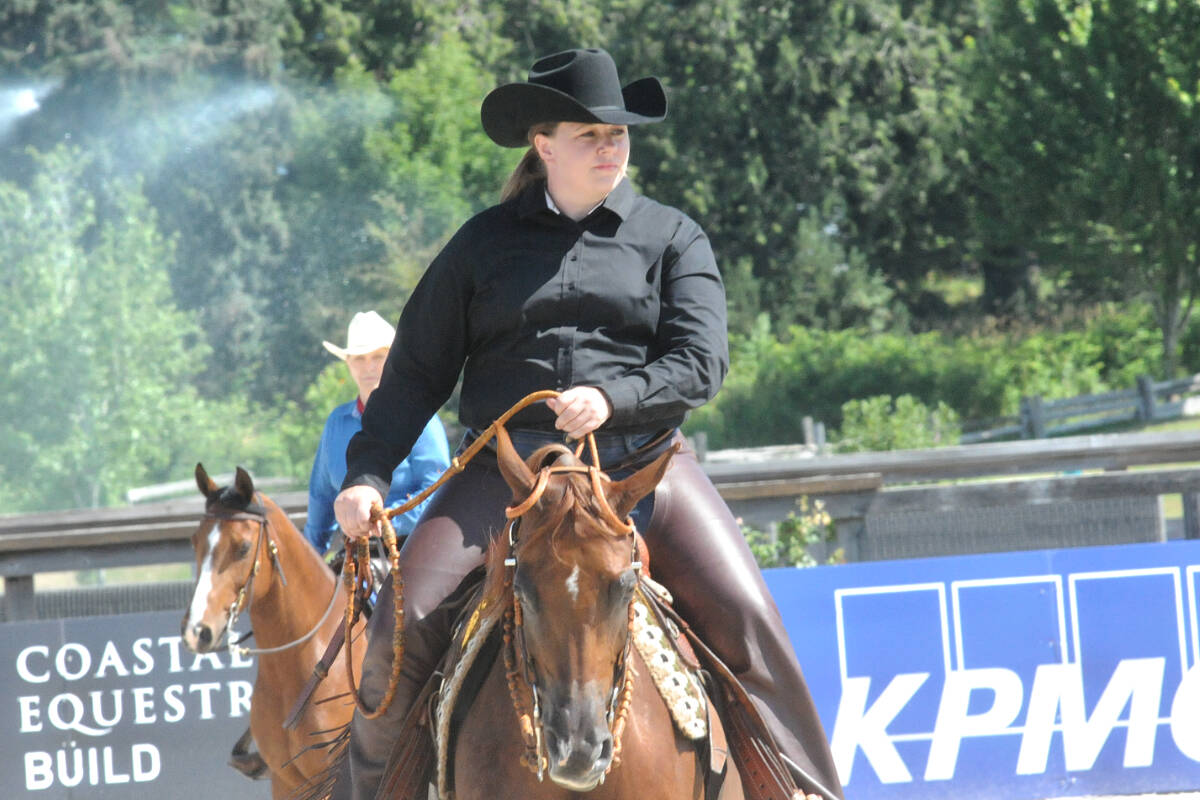 Christina is also from Langley, Fraser noted, a product of Flightline Farm Arabians.

“I’ve been riding her since she was two.”

Fraser was happy to win the belt buckle that goes with the championship, and just as glad to be back in competition after a three-year enforced shutdown during the pandemic.

Fraser, who has been riding Arabians since 1992, explained the appeal of the breed.

“They’re known for their beauty, but what many people don’t realize is how versatile they are.”

“We had a couple of folks come up from the U.S as well,” Wrate told the Langley Advance Times.

Wrate was pleased by the numbers of young competitors, aged 10 to 18, who took part.

“There were a lot of young people,” Wrate remarked.

“It was really nice to see the youth.

Wrate said the “primarily volunteer-driven” Region 17 is the largest Arabian horse association in North America (more information about the association can be seen online at www.region17.com). 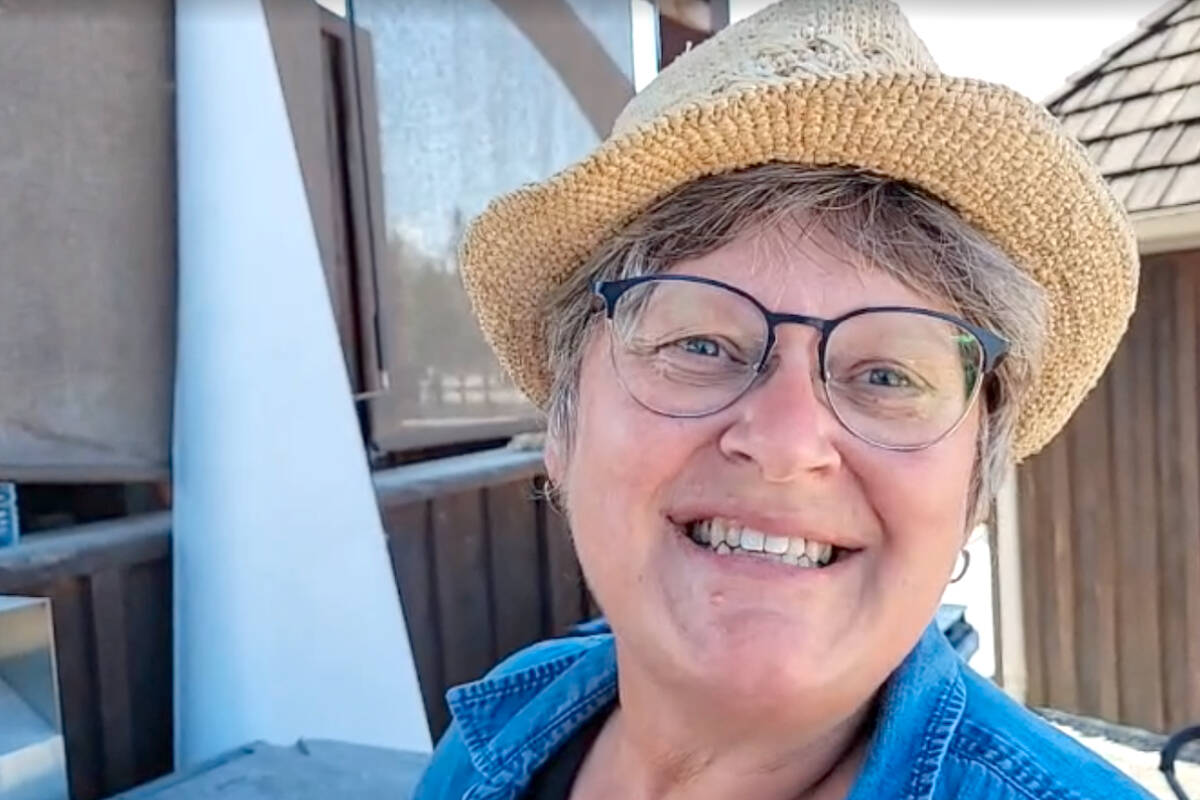 The association rotates the annual regional event between B.C. and Alberta every two years, but that schedule was disrupted by COVID-19.

One online account describes the Arabian horse as one of the “most easily recognizable horse breeds in the world” with their distinctive head shape and high tail carriage — and one of the oldest breeds, with archaeological evidence of horses in the Middle East that resemble modern Arabians dating back 4,500 years.

More photos from the Region 17 event can be viewed online at the Langley Advance Times Facebook page.