A pugilistic milestone is being celebrated Friday night at the Coast Hotel ballroom.

The Clash at the Cascades amateur boxing series marks its 50th show.

This milestone show has been elusive, since the Clash events have been on haitus for six months.

The 10-bout card is headlined by a long-awaited rematch between Langley’s Cal Bennett and Richmond’s Elroy Fruto.

This time, bragging rights will be at stake as the two pugilists will decide who is best in the Lower Mainland — at stake is a City title at 135 pounds.

“Bennett won the first fight in a close decision and the rematch will be spirited to say the least,” noted Clash organizer and matchmaker Dave Allison.

Bennett represents the Port Kells Boxing Club while Fruto fights out of POWD, a Richmond club.

Also on the card is the battle of the heavyweights, in an elimination tournament featuring Jaye Byard taking on Palvir Atwal of Bisla Martial Arts, along with Aaron Downey going up against Brandon Collendano.

“The night will feature two heavyweight fights in an eliminator for a B.C. title,” Allison noted. “These will be elite level heavyweights, something you don’t see often in amateur boxing.”

Langley City Boxing’s Alex Veloz is on the card, as is Langley’s Louri Saveliev of Revolution, a Langley gym.

As well, Rowel Galang, Jacob George, Louri Saveliev, Anthony Varela, and many more are scheduled to be in action on Friday.

Tickets, available at the door only, are $40 each with children 12 years old and under admitted free. There will be bar and food service available.

The Coast Hotel is located next to Cascades Casino in Langley City.

All bouts are sanctioned by the British Columbia Combative Sports Association.

Langley’s Sarah Pucek will be featured in a main event in a show to be held at the Langley Events Centre in March.

Pucek also is the Canadian and Commonwealth titleholder.

Also on the March card will be Western Canadian women’s champion Alisah McPhee as well as Julian Kim.

Aman Aujla will be making his pro debut on the March card. 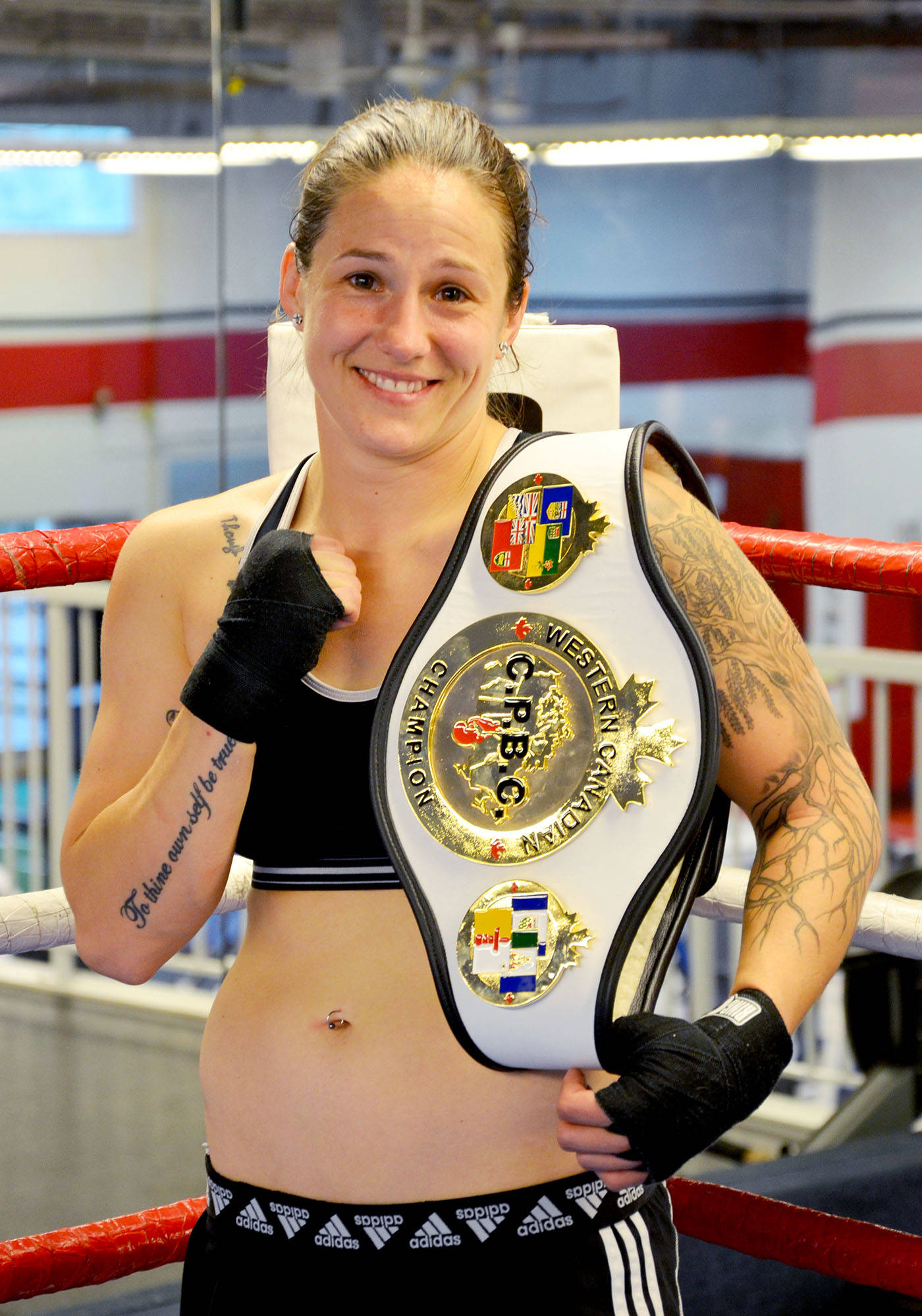 Western Canadian women’s champion Alisah McPhee is among those scheduled to be in action when boxing comes to the Langley Events Centre in March.