The Vancouver Giants are heading into the final week of the regular season tied for first place in the Western Conference standings thanks to the latest heroics from top 2019 NHL draft prospect Bowen Byram.

Byram notched his sixth overtime winner of the season for the Giants, setting a new WHL single-season record in the process.

Rookie Justin Sourdif added a goal and an assist for the Giants, while goaltender David Tendeck made 30 saves in goal.

Parker AuCoin scored twice in response for Tri-City who erased a 3-0 deficit to earn a single point.

There’s a bit of break in play for the Giants. Their next game is Tuesday night in Seattle against the Thunderbirds.

And coming up, the Giants play on home ice on March 15 during the Chevrolet Fan Appreciation Night where someone will walk away with a 2019 Equinox.

VAN – 4:59 into the game, Tristen Nielsen opened the scoring for the G-Men when he tucked a Lukas Svejkovsky rebound past Tri-City goaltender Beck Warm. Jadon Joseph drew the second assist on Nielsen’s marker extending his point-streak to six games.

VAN – Davis Koch extended the Giants lead to 2-0 at 18:32 of the period off a slick feed from Sourdif.

Sourdif won a puck battle behind the Tri-City goal, curled the net to find Koch who did the rest, sliding a backhander past Warm.

VAN – Sourdif moved the Giants lead to 3-0 at 6:22 of the second when he knocked home his own rebound. His initial shot from the high slot rang right off the post, but he won a race to the loose puck and snapped it home.

Jared Dmytriw and Dallas Hines helped set up the goal.

TC – Parker AuCoin put Tri-City on the board at 16:39 when he jammed home a Kyle Olson rebound at the right side of the Giants goal.

At the 7:00 mark of the third, he snapped his 40th goal of the season past Tendeck off a shot from the slot off a Nolan Yaremko feed to make it a 3-2 game.

TC – With under two minutes remaining in the game at their net empty, Tri-City evened the score at 3-3 when Krystof Hrabik took a pass inside the left-wing circle, spun to his backhand and snuck a shot through the legs of a Giants defenceman and Tendeck.

For Hrabik it was his 19th goal of the season and was assisted by Sasha Mutala and Kyle Olson.

VAN – With a delayed penalty on the way to Tri-City the Giants went to work.

Byram started with the puck at the Tri-City blueline and dished the puck to Koch along the left-wing.

Koch then fed a pass back to Byram who skated into the left-wing circle and one-timed it up and over the glove of Beck Warm to give the G-Men the victory.

• The Giants win, coupled with the Everett Silvertips 2-1 loss to Seattle, moves the G-Men back into a share of first place overall in the Western Conference standings.

• Both the Giants and Silvertips hold an identical record of 46-15-2-2 and have three games remaining.

• The Giants finish their season series against Tri-City with a 4-0 record.

• And, the Giants improved their overtime record to 8-2. 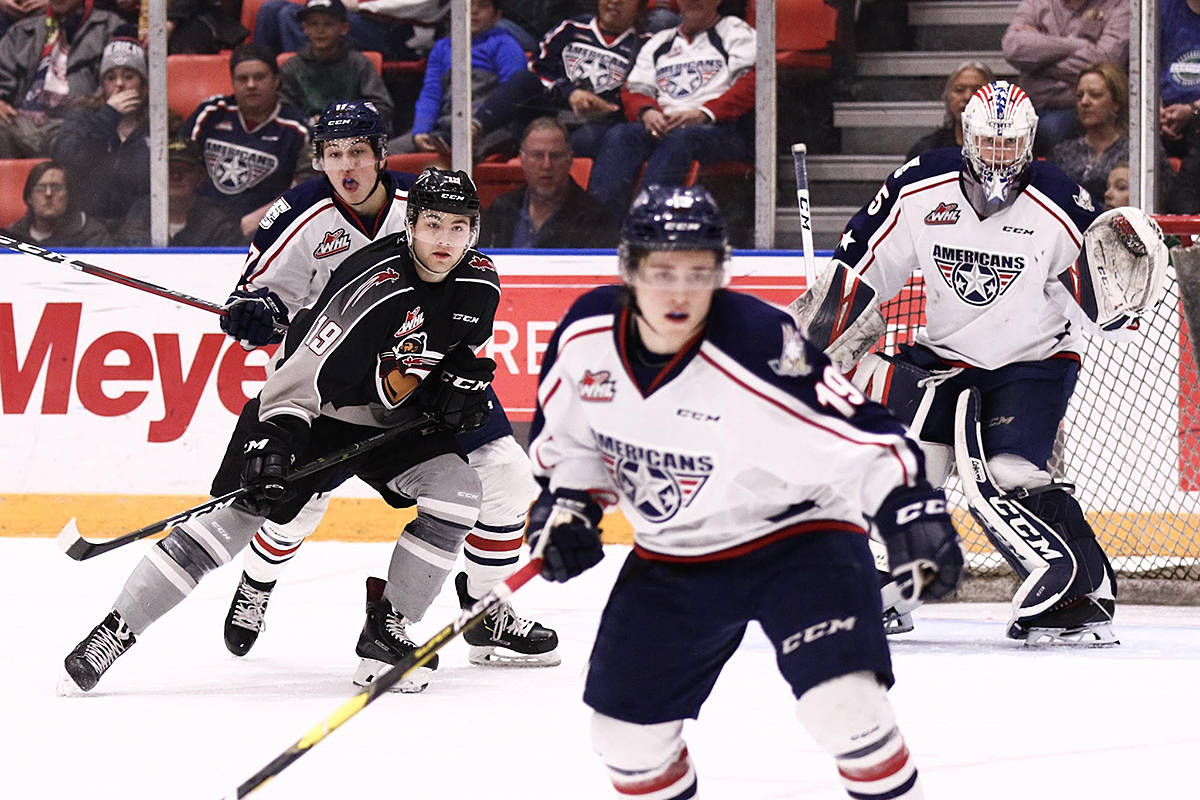 Giants came back, after being beaten by the Spokane Chiefs Friday night, to defeat the Tri-City Americans state side on Saturday night. They’re playing Seattle in Kent on Tuesday. (Doug Love/Special to Black Press) 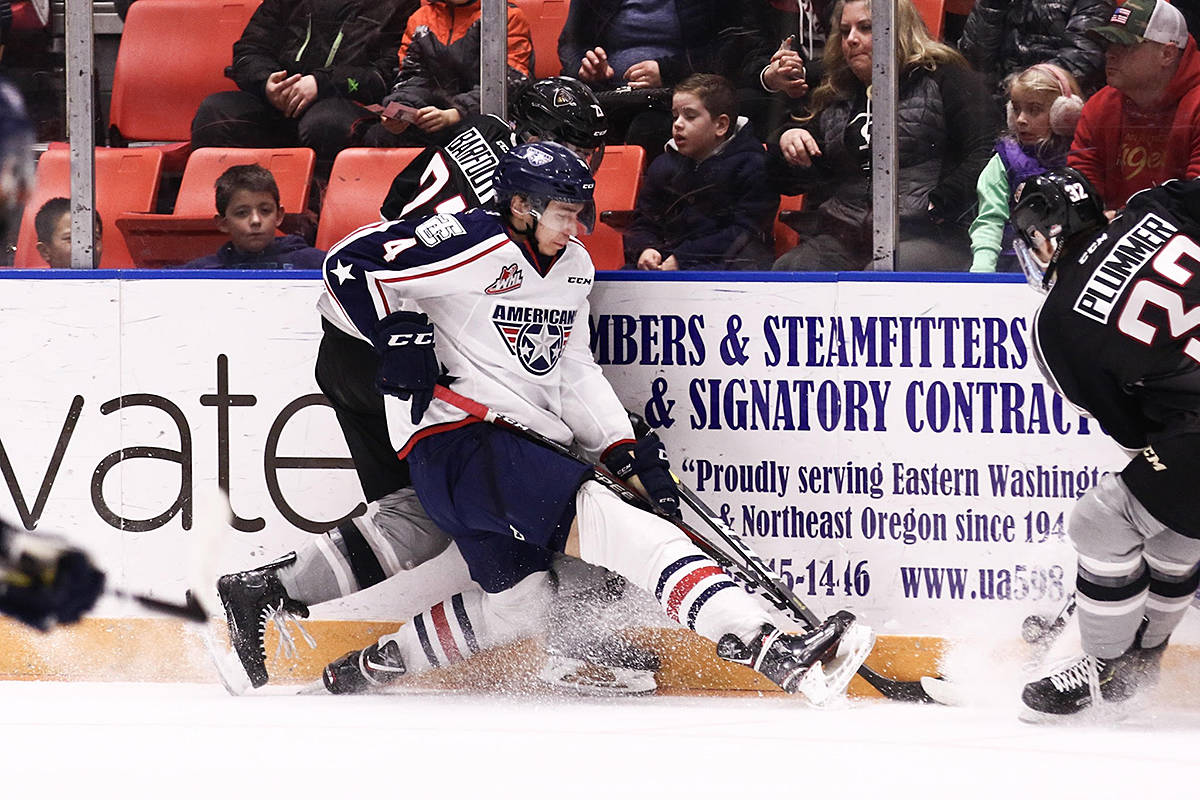 Giants came back, after being beaten by the Spokane Chiefs Friday night, to defeat the Tri-City Americans state side on Saturday night. They’re playing Seattle in Kent on Tuesday. (Doug Love/Special to Black Press)

Stone nets 1st with Vegas in 6-2 rout over Canucks