On Saturday morning, the seven-time NBA all-star drove up to Vancouver to sign autographs at the annual Western Canada Collectibles Experience (WCCE) show at the Langley Events Centre.

During a question-and answer session that preceded the signings, a self-depreciating Sikma referred to himself as a “late bloomer” who grew 10 inches, after he started playing.

A 6’11” centre, Sikma was a seven-time NBA All-Star with the Seattle SuperSonics, and helped them to a championship 1979.

His #43 jersey was retired by Seattle and earlier this year, Sikma was inducted into the Naismith Basketball Hall of Fame.

During his interview, Sikma talked about being hired to work with another big man, Yao Ming, when the the 7’6” Ming was playing for the Houston Rockets, calling him “one of the funniest guys” he’s ever encountered.

Ming was hard of hearing in one ear, Sikma related, and would make a show of turning his deaf ear to him when he didn’t want any more feedback.

Sikma also mourned the absence of basketball in Seattle and Vancouver, saying there could have been a great regional rivalry between the two cities and Portland.

“I shake my head at what could have been,” Sikma said.

First in line for an autograph was Ken (who chose not to give his last name) from Surrey, a long-time fan.

“I followed him (Sikma) when I was a teenager,” Ken said, as he departed with a signed photo.

Later in the day, hockey legends Doug Gilmore and Ray Bourque were scheduled to appear.

Among the more than 200 collectibles vendors at the LEC was Willoughby resident Wayne Campbell, who told the Langley Advance Times his appearance at the Langley show as a vendor was his first in a long time.

“This is the first show I’ve done in probably 25 years,” Campbell estimated.

“I just put the stuff away and left it.”

Campbell said he got into collecting because his mother saved all the cards he got as a kid, and it’s those cards that he is least likely to sell.

“The stuff I had when I was a kid, that’s what I’m having trouble getting rid of,” Campbell admitted. 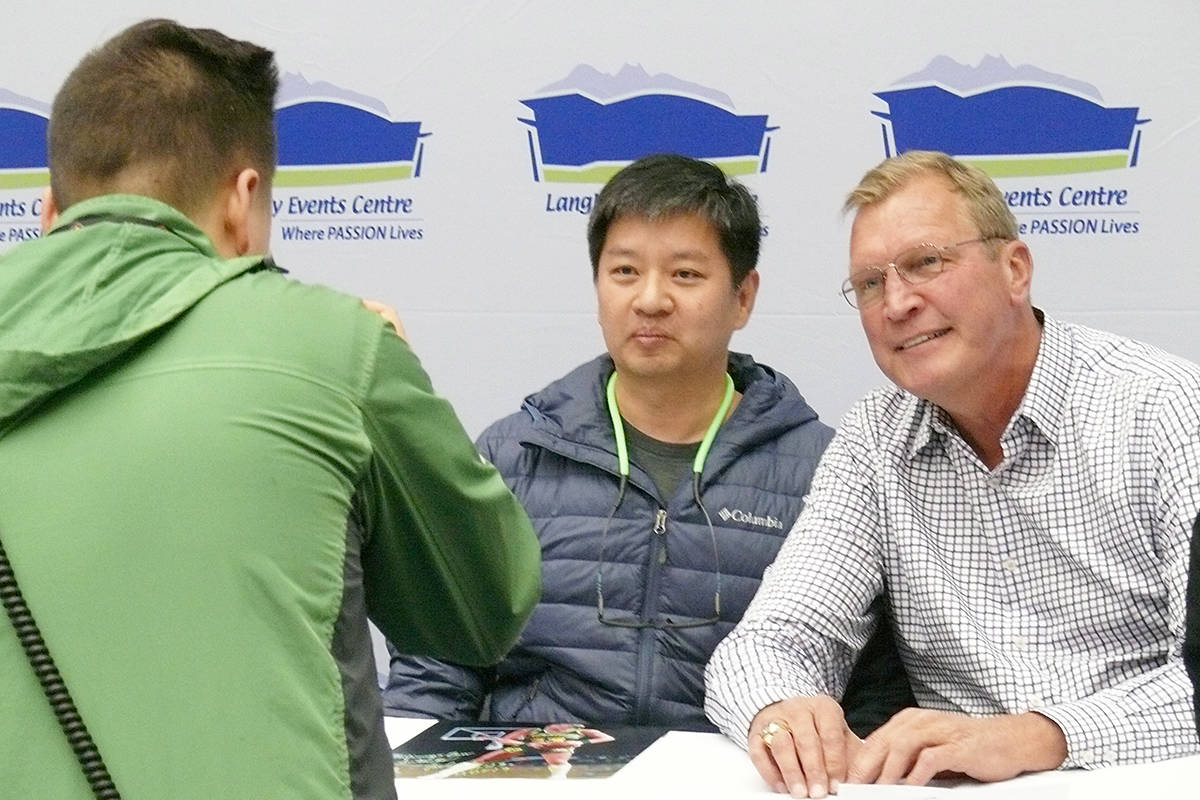 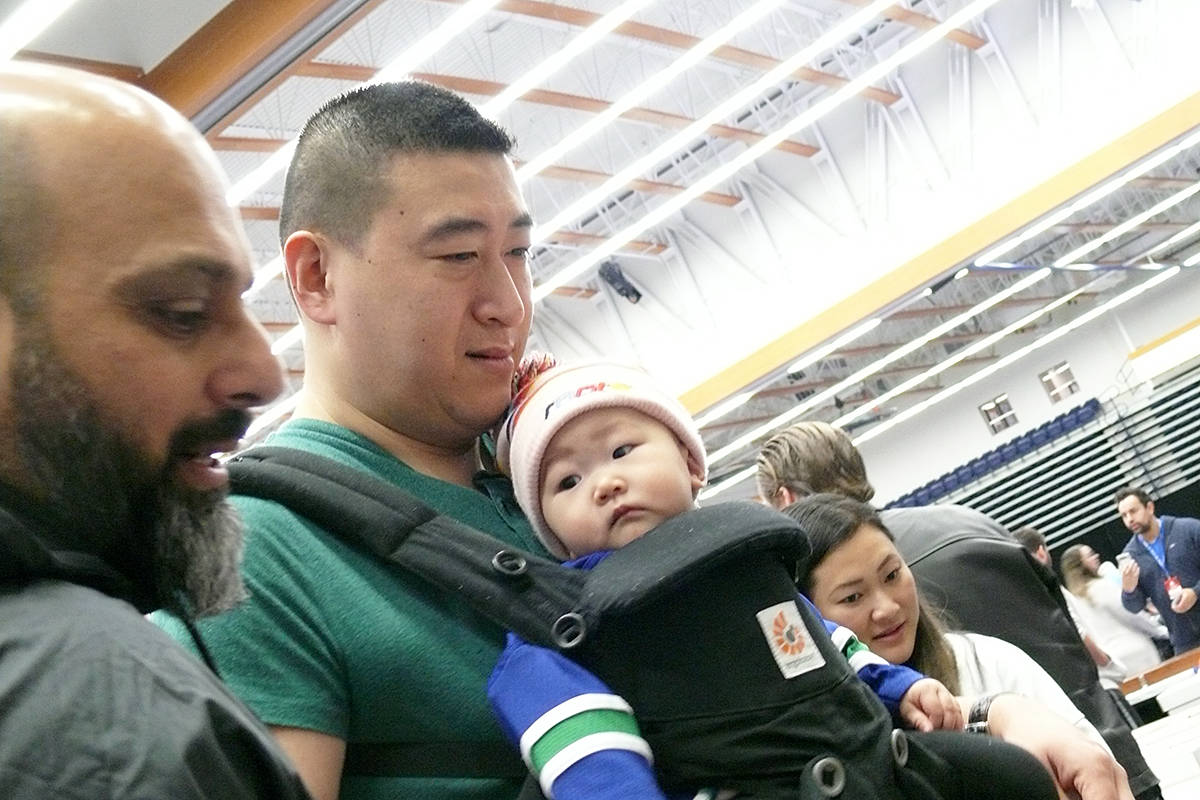 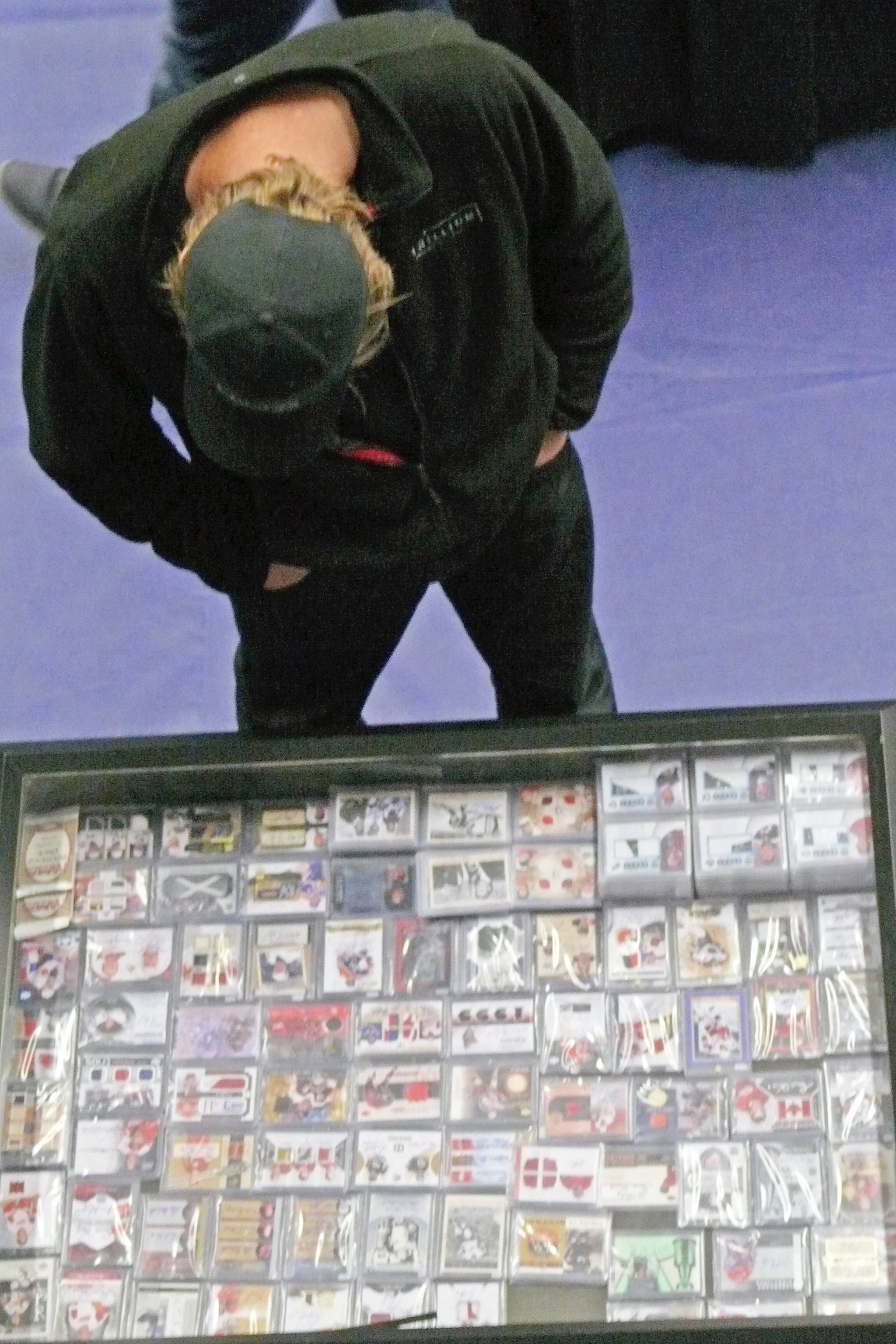