As 61 archers took up position at the Langley Rod and Gun club, they faced an array of tempting targets.

Opposite the line of archers was a 6’10” moose, a bear and a velociraptor, as well as giant mosquitoes and an oversize rabbit with antlers, otherwise known as a jackelope.

It was the first 3D flat field archery competition to be held at the Langley club, located on 208 Street near 38 Avenue.

Held on Sunday (April 7), the event drew archers ranging in age from six to 91 from all over the Lower Mainland to take their best shot at replicas of real and unreal animals.

There were 50 targets, all on loan from the Semiahmoo Fish & Game club and all bristing with arrows after every round of shooting.

Ken Lewis, the Langley club archery chair, said the South Surrey club refused to let them pay for borrowing the three-dimensional targets, which can run thousands of dollars for larger models like the moose.

“They wouldn’t take our money,” he said.

Stan Jones at the Semiahmoo Fish & Game club said they’ve had 3D archery there for the last 18 or 19 years.

“We host an indoor 3D [event] in Cloverdale Agriplex in February and three others on club property.”

The sport operates under the rules of the International Field Archery Association (IFAA) that was founded in 1970 and represents 50,000 field archers in 40 member countries.

READ ALSO: Giving it a shot at the Langley Rod and Gun Club

On the day of the Langley event, a trap shooting competition was also underway in the space directly south of the archery range, with a continuous crackle of gunfire going on while archers took their shots.

“When you concentrate, you focus on your target and it [the noise] all goes away,” Lewis said.

A missed shot can be expensive.

While a shotgun shell for trap shooting might run a dollar or two, arrows can cost as much as $50 each.

Which is why, after the shoot, Lewis did a sweep with a metal detector looking for strays in the heavy bushes behind the targets.

He didn’t find many.

“We like to say they’ve gone to the arrow gods,” Lewis said.

There were 24 winners in different categories, with four Langley archers among the first place finishers.

“Better than I expected.” 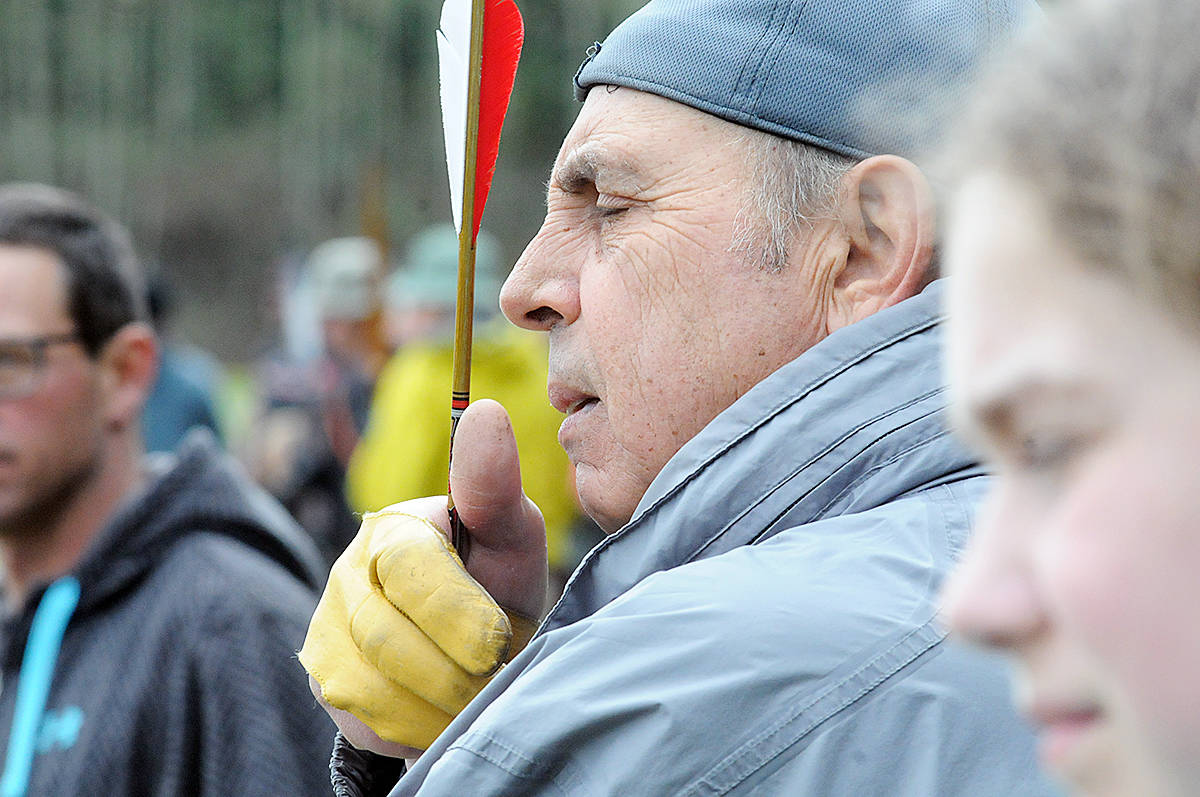 An archer checks the condition of an arrow. Dan Ferguson Langley Advance Times 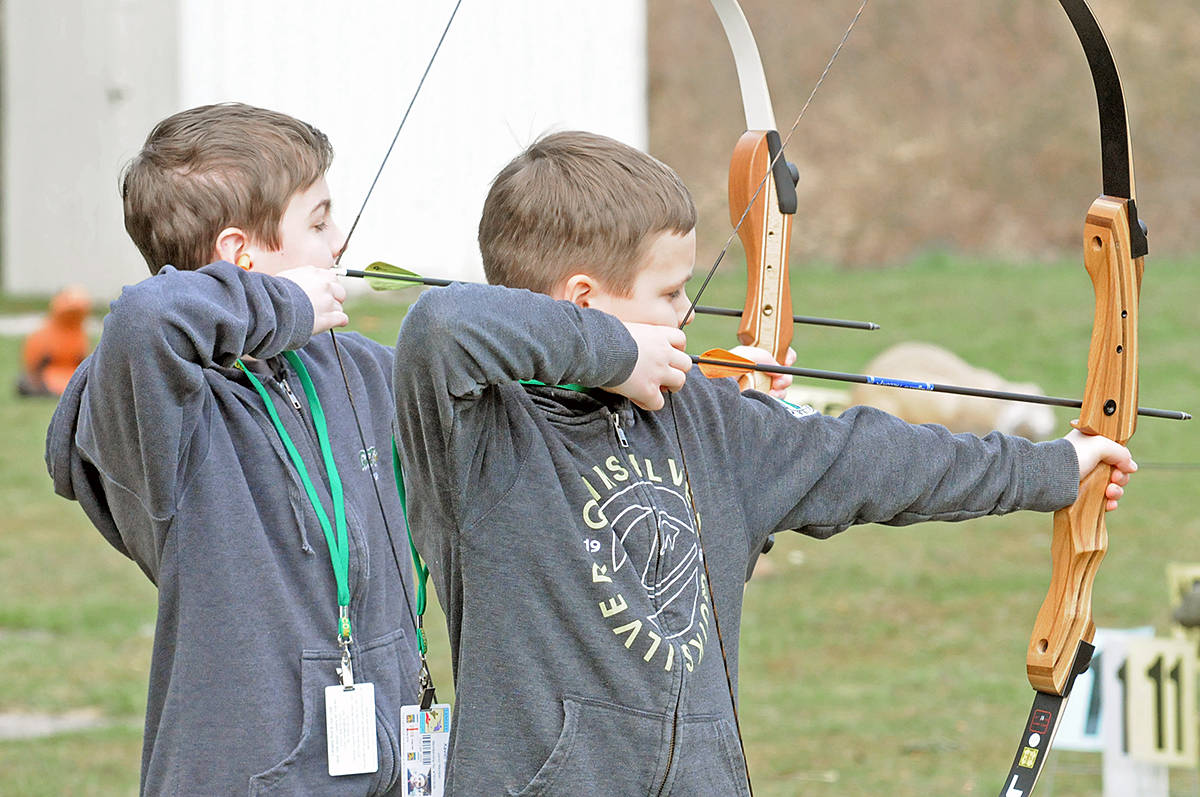 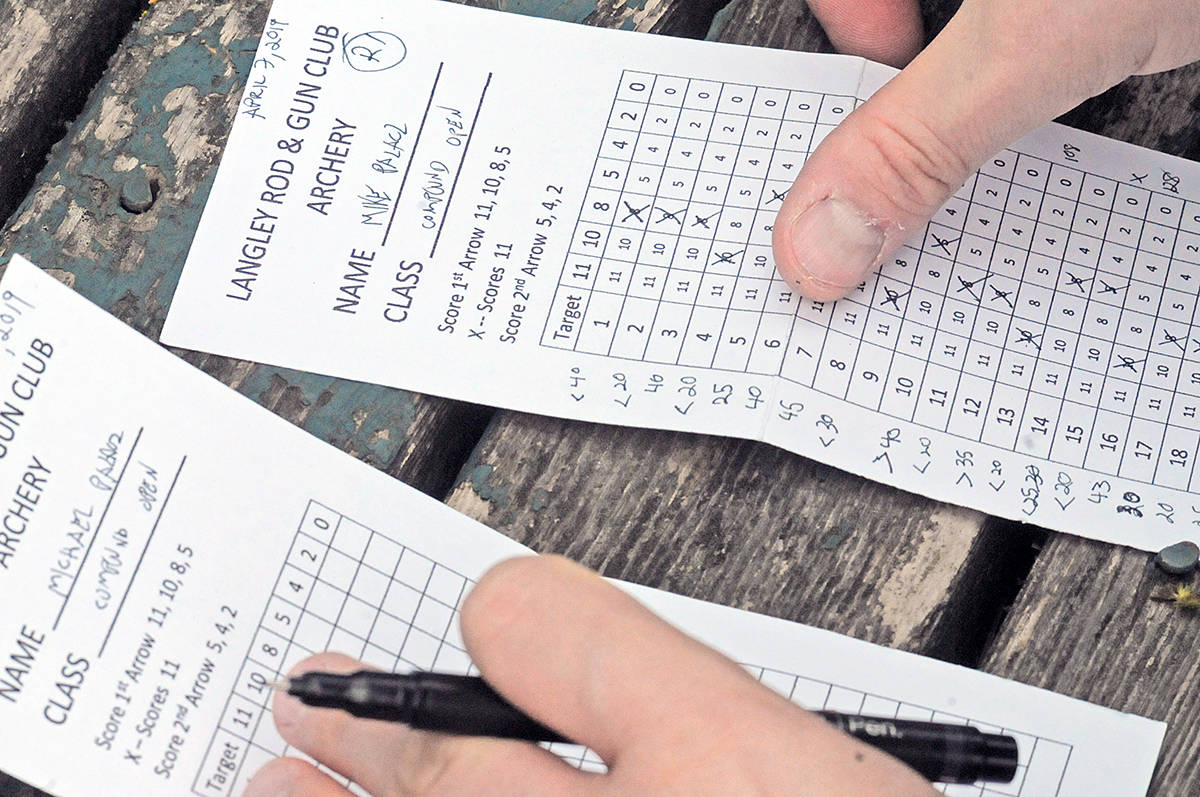 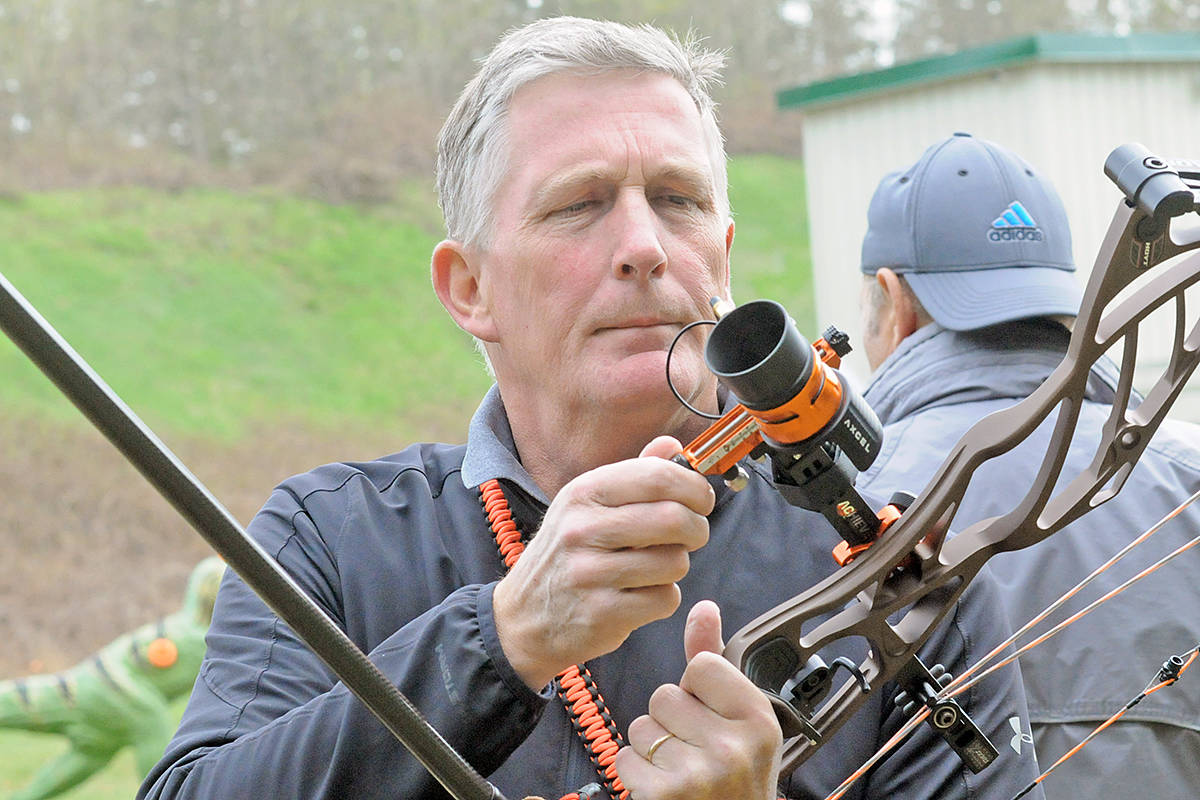 Compound bows were the most powerful on the field, with some requiring as much as 60 pounds of effort to pull. Dan Ferguson Langley Advance Times 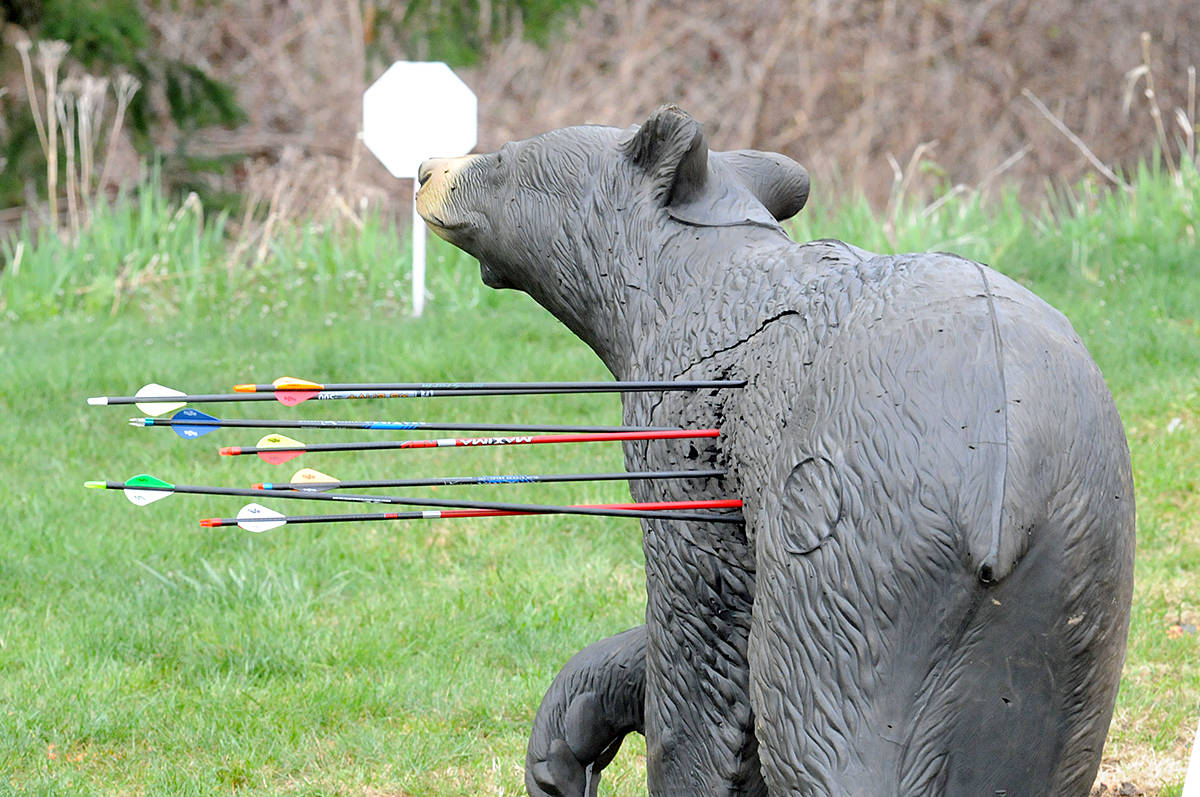 Most of the shot were on target. Dan Ferguson Langley Advance Times