It was not their night.

Sunday in Kamloops the Vancouver Giants dropped a 5-2 decision to the Prince George Cougars.

Koehn Ziemmer struck twice in the first period for the Cougars, while Ethan Samson and Carter MacAdams each added two assists.

Tristen Nielsen had both goals in response for the Langley-based Giants.

Trent Miner and Drew Sim combined for 11 saves on 16 shots faced in the Giants net while Cougars starter Taylor Gauthier made 29 saves on 31 shots faced.

Both teams finished the night zero-for-four on the power play.

Following the loss, Giants Associate Coach Keith McCambridge said there were “not enough guys with their ‘A’ game here tonight.”

“Any time you’re playing a team that is sitting here waiting for you have to make sure your first 10 minutes are sharp,” McCambridge commented.

On the plus side, McCambridge was glad to see Nielsen finding the back of the net, ending a seven-game drought.

“Really happy that he’s able to get on the board,” the coach said. “We need him to be a big part of our offence.”

There isn’t much time remaining in the season, McCambridge noted.

“We have four remaining games here. You don’t want to look back and go, ‘I didn’t give everything I had.’ “

RECAP: The Giants dropped a 5-2 decision on Sunday to the Prince George Cougars. Both Giants goals came courtesy of Tristen Nielsen. These two teams meet again on Wednesday at 7 PM.

Cougars took the lead in the first period and never looked back.

Just one minute and 56 seconds into the game, Koehn Ziemmer opened the scoring for the Prince George Cougars on a backhand shot off his own rebound. Craig Armstrong extended the Cougars lead at 4:11. Ziemmer notched his second of the period off a shot from the slot that snuck through a screen.

Giants came back at 8:10 when Tristen Nielsen finished off an Eric Florchuk feed that came from behind the Cougar goal.

At 44 seconds into the second period, Tyson Upper pounced on a Giants defensive zone turnover and wired home a shot from the left-wing circle to make it a 4-1 game.

Giant goaltender Trent Miner was pulled from the Vancouver net in favour of Drew Sim at that point.

Then, Blake Eastman made it 5-1 Prince George off a shot from the right-wing off the rush. Eastman’s goal came at 14:37 and was set up by Carter MacAdams.

The final goal of the game for the Giants came at 7:48 in the third, and once again it was Tristen Nielsen. This time, Nielsen one-timed a Justin Sourdif pass that came from behind the net. Jacob Gendron also earned an assist.

Giants are now 2-3 on the season against Prince George.

Next up: The Giants return to action Wednesday night for a rematch with the Cougars at 7:00 PM from Kamloops. 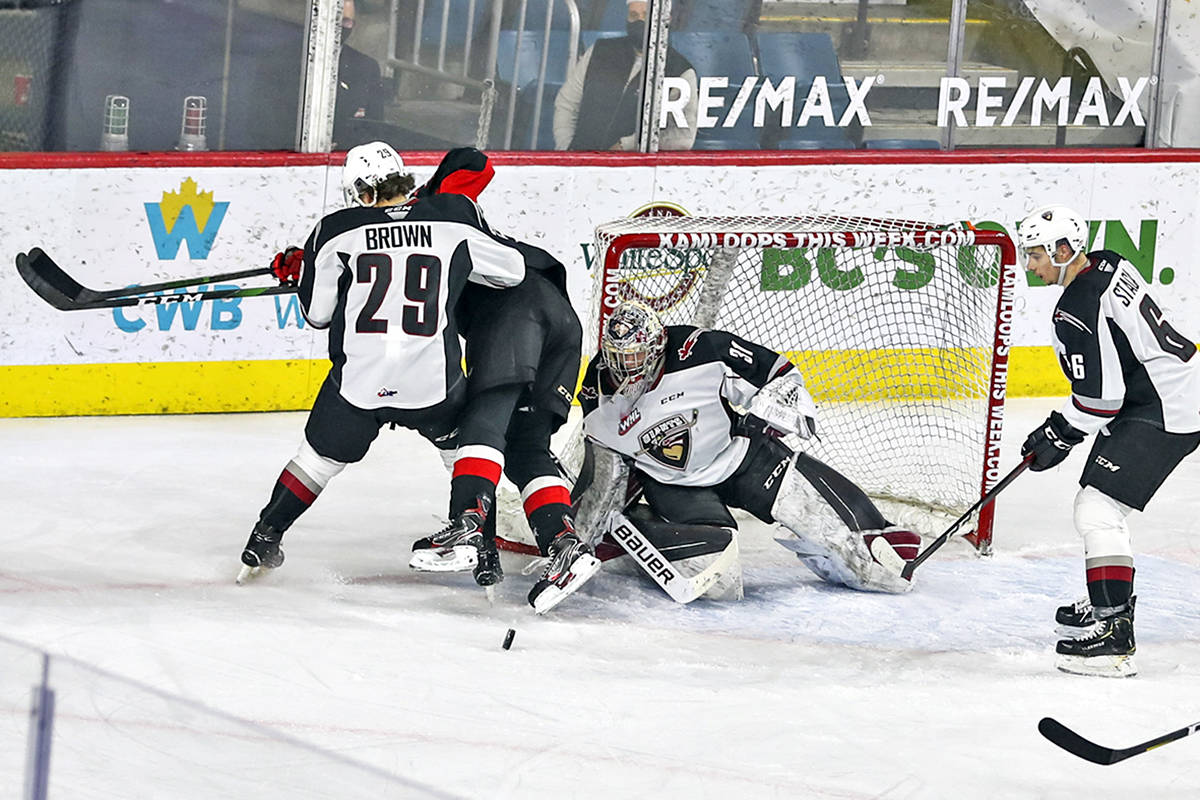 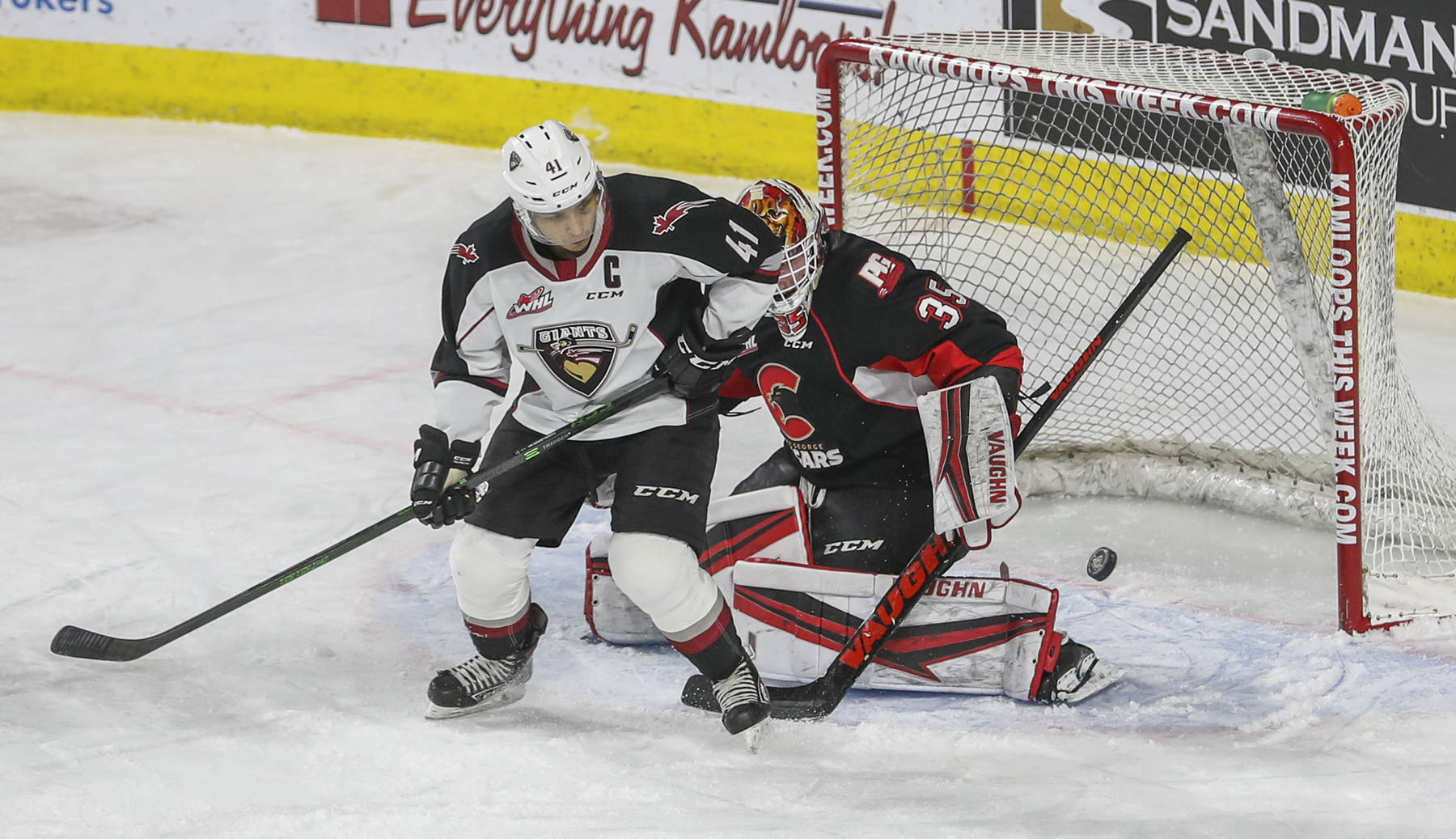 VIDEO: Suspended Canuck Jake Virtanen got his start in Langley