The 2019 Rogers WHL Championship Series is going the distance.

The @WHLGiants doubled up the Prince Albert Raiders Sunday to force Game 7 in the 2019 @Rogers #WHLChampionship Series.

Parker Kelly responded with both goals for the Raiders while goaltender Ian Scott made 23 saves.

Never at any point during the 2018-19 regular season or the 2019 playoffs have the Prince Albert Raiders lost three in a row.

The Giants will look to become the first team to accomplish that feat tomorrow night when the two teams take the ice for Game 7.

They face off in the final best-of-seven series game in Prince Albert, Sask. tomorrow (Monday) night, the game starting at 6 p.m. PT.

RECENT COVERAGE: Giants stave off elimination with 4-3 win at home

PA – Parker Kelly (7) wasted little time getting the crowd of 3289 into the game as he scored his first of the night just 53 seconds in.

VAN – Davis Koch (3) responded quickly for Vancouver with his first of two on the night. At 6:58 he took a pass from Justin Sourdif and tucked a backhand shot past Ian Scott to even the score.

VAN – Owen Hardy gave the Giants the lead at 15:17 off the rush. He skated into the slot, took a feed from Jared Dmytriw and he wired his fifth of the playoffs home off a laser from the slot. Jared Dmytriw also earned an assist.

PA – The Raiders struck with 33 seconds to go in the period and again it was Parker Kelly (7). This time he shovelled a backhand by David Tendeck in close off a feed from Aliaksei Protas.

VAN – Jared Dmytriw (9) moved the Giants back ahead at 3:40 he pounced on a rebound and backhanded it up and over the right pad of Ian Scott. Seth Bafaro notched the second assist on the play.

VAN – Davis Koch (5) ended all hopes of a Raider comeback when he fired his second of the game into the empty net from the neutral zone. Jadon Joseph had the lone helper.

The Player of the Game for Game 6 of the 2019 @Rogers #WHLChampionship Series is @WHLGiants captain @JaredDmytriw!

• Davis Koch has now recorded three goals in his past two games.

• With a goal and an assist Sunday night, Jared Dmytriw has now recorded seven points through six games in this series, which is tied for the team lead with Bowen Byram. He also leads the team with a +3 rating. 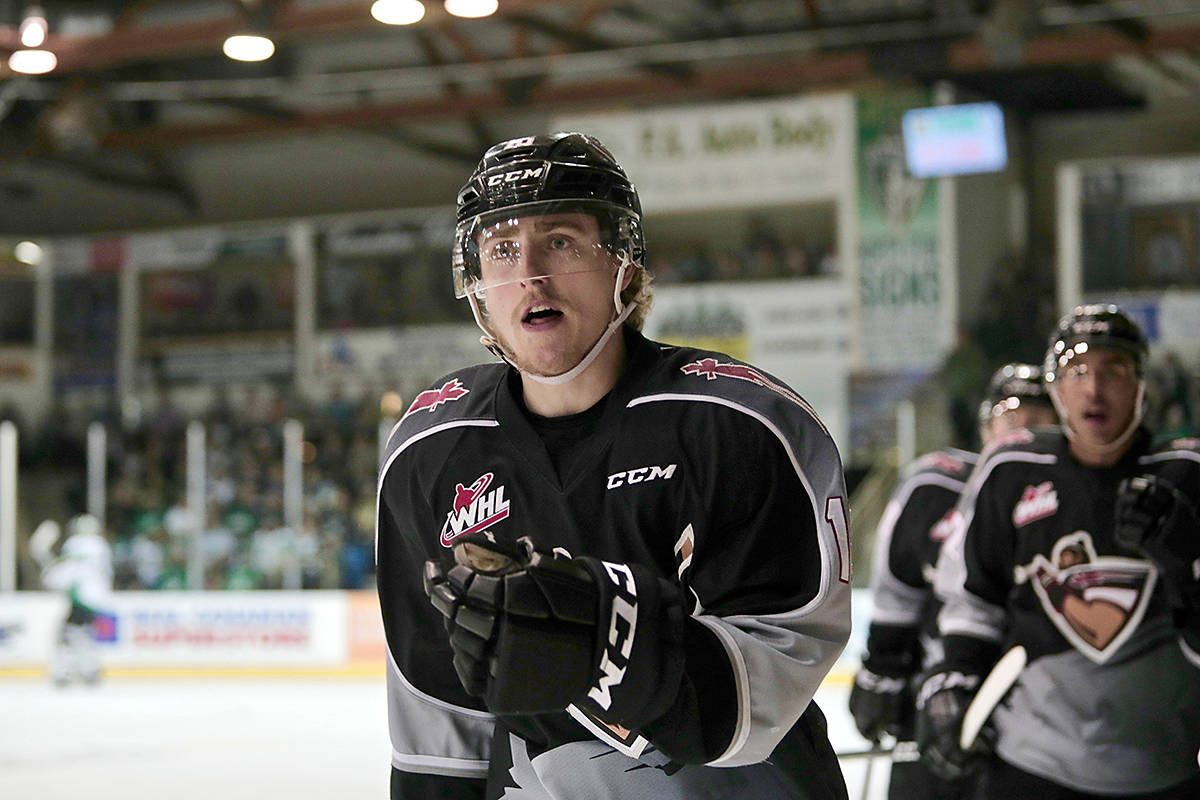 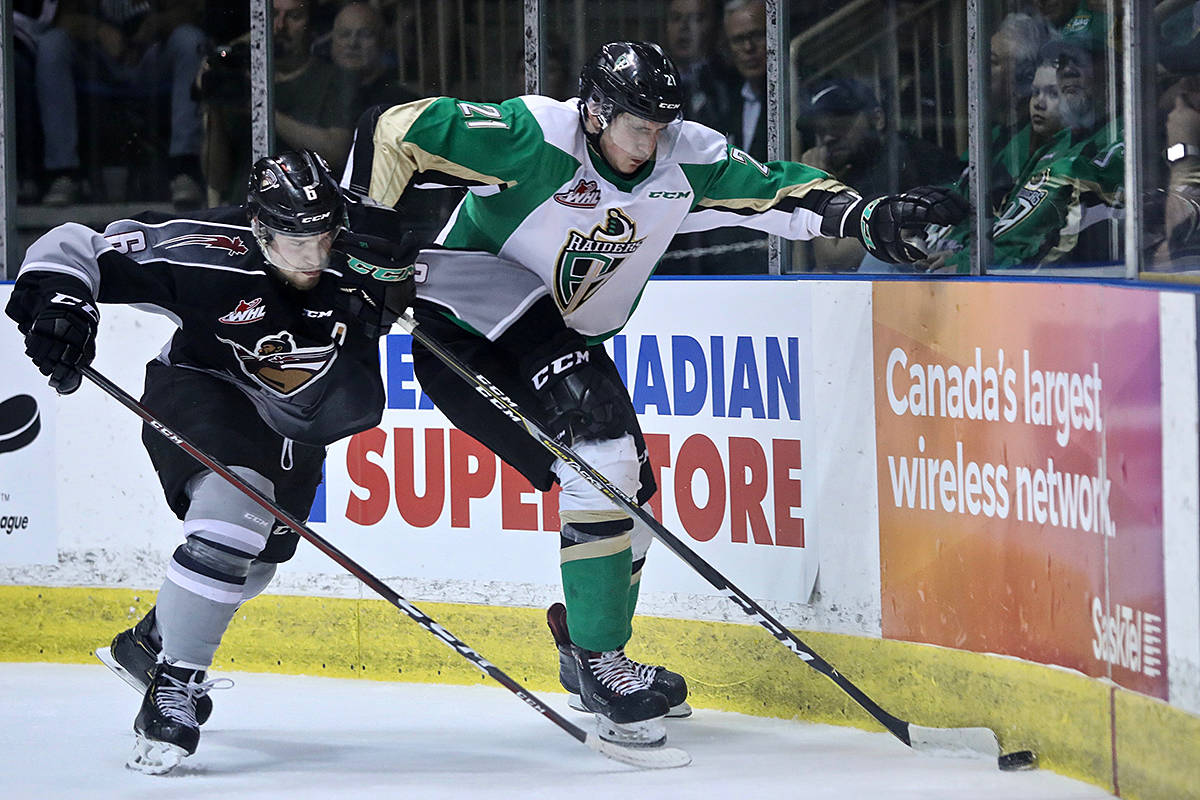