A burst of speed around a defender and a strong move at the net helped the Vancouver Giants finally knock off the Kamloops Blazers.

Eric Florchuk was the overtime hero, scoring with 27 seconds to play in the extra session as the Giants knocked off the Blazers 5-4 on Friday night in Western Hockey League action at Langley Events Centre. It was Vancouver’s first win in five tries against a Blazers team that is running away with the B.C. Division title.

Kamloops is 8-1-1-0 in their past 10 and sit firmly in top spot of the division with a record of 32-13-3-1. The Giants (winners of two straight and with points in three consecutive) are in the first wild-card position at 21-20-3-2 but are just two points back of the third-place Kelowna Rockets and Vancouver does hold two games in hand.

On the winning goal, the Giants were able to get fresh legs on the ice and Florchuk skated through the neutral zone and then burst around a defender, cut to the net, avoided the poke-check from goaltender Dylan Garand and tucked home the back-hander.

“I saw those guys kind of standing still in the neutral zone so I thought I would turn on the jets, burned them wide and take to it the net,” Florchuk recounted post-game. A trade deadline acquisition, the skilled winner has five goals and 13 points in nine games with Vancouver.

“He has got that kind of skill level (and) he can finish around the net. He just made a great play,” said head coach Michael Dyck. Florchuk’s arrival has also resulted in the Giants power play finally finding some life as the man advantage unit is 12 for its last 31 in those nine games, a 38.7 per cent success rate. Prior to that, Vancouver was a dismal 15-for-128, or 11.7 per cent.

The power play was a big factor in Friday’s victory.

The first period saw the Blazers special teams capitalize for a pair of goals: Josh Pillar short-handed and then three minutes later, Connor Zary on the power play for a 2-0 Kamloops lead through 20 minutes. But Vancouver began the middle frame on a short two-man advantage and while they didn’t score while up two men, Michal Kvasnica got the Giants on the board on the back end of those two penalties.

Justin Sourdif would tie the game before Milos Roman gave the Giants the lead. This marked just the second time in five games where Vancouver held an advantage. Bowen Byram (on another two-man advantage) would blast home a goal to make it 4-2. Altogether, the Giants scored four goals on nine shots in just over 12 minutes.

“The power play was big in getting that response going. We knew we had an opportunity on our power play go generate some momentum and if we did that, we would find the back of the net,” Dyck said.

The power play success over the past eight games can be attributed to having the right personnel and a simplified strategy, the coach said.

“And a big part is they have some confidence. When you have a mindset on the power play that you are hungry to score and believe you can score, it is a big difference as opposed to being nervous,” Dyck said. “I think for the longest time they would go on the power play and … they were nervous about it and now they are excited about it.”

But while the second period was one of the best for the Giants all season, the final frame saw the Blazers take advantage of a Vancouver parade to the penalty box with Zary cashing in one of those chances before Orrin Centazzo tied things up with eight minutes to play.

“We had to hit the reset button and get going to how we were in the first and second period,” Florchuk said of the team’s mindset when Kamloops tied things up.

Despite blowing a two-goal lead in the third period, getting the victory should go a long way to helping the Giants who still have four games remaining against Kamloops. The Blazers also remain a possibility as a first-round playoff opponent.

“When we play the right way, we can play with any team and these guys have played very good against us this year, so it was good to finally get that first win against them,” Florchuk said.

The key is for the team to build off the victory.

The Giants and Blazers complete the home-and-home series Saturday night (Feb. 1) back at the Sandman Centre in Kamloops. Following that, Vancouver returns to Langley Events Centre for a five-game homestand beginning against the Tri-City Americans in a rare Tuesday (Feb. 4) night game. 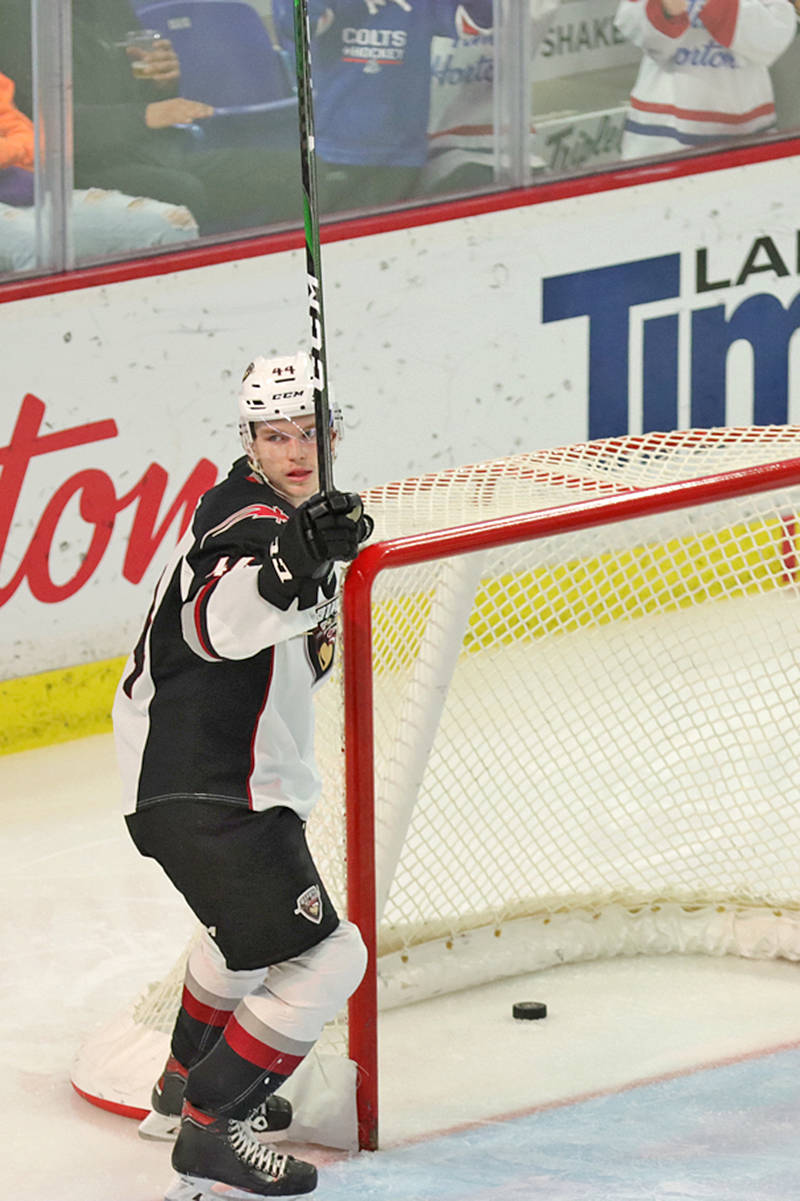 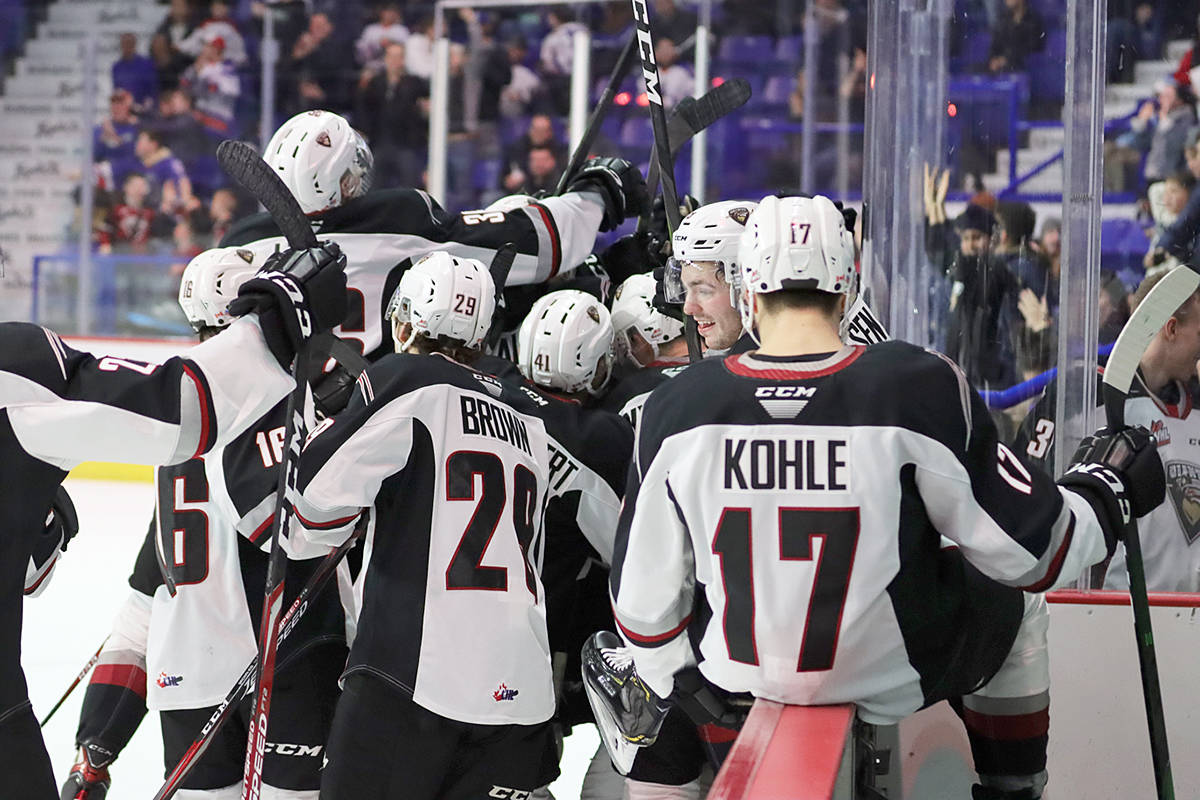 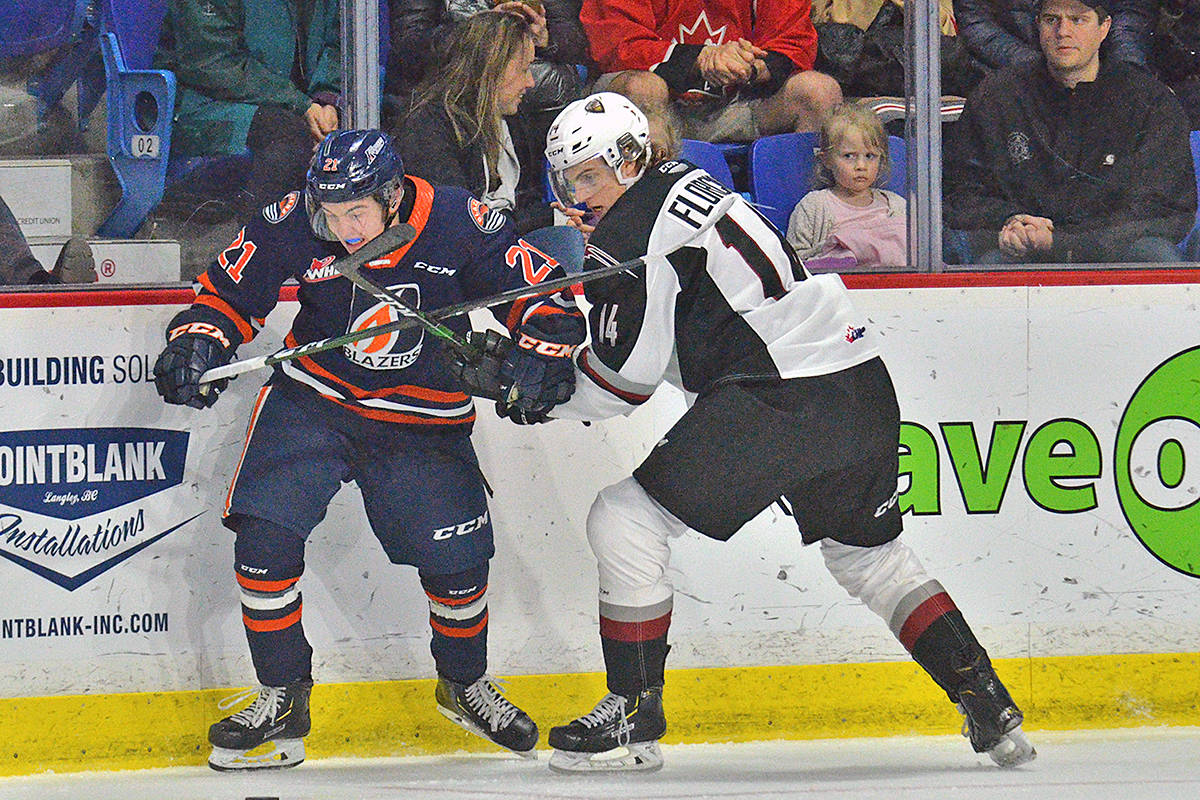