Vancouver Giants netminder Drew Sim is revelling after turning aside all 16 shots he faced in goal Thursday, and in doing so he secured his first WHL career shutout.

It’s a milestone for the 18-year-old Albertan, who helped cinch a 4-0 victory for the Giants against Victoria Royals in Kamloops. He also scored an assist.

“I felt the need to bound back after my last performance,” Sim said.

He credited his success to teamwork with he fellow players in keeping Victoria away from the net and out of what he called the “dangerous area for me. They had my back, and I had theirs.”

The captain @AKannok checks in after his Gordie Howe hat-trick and a 4-0 “W” against Victoria. pic.twitter.com/bzUWkMIY67

The G-Men are now 6-3 in the season, the Victoria triumph following back-to-back defeats against the Prince George Cougars.

Due to the pandemic and safety restrictions, the Giants are playing a modified 24-game season, only competing against B.C. teams (Kamloops Blazers, Kelowna Rockets, Victoria Royals, and Prince George Cougars) six times each between the end of March and the middle of May.

Games are being played predominantly in Kamloops, but with half a dozen of their games in Kelowna – in what are being called hub rinks.

Thursday’s game against Victoria played out at the Sandman Centre in Kamloops.

The Vancouver Giants now have four shutout victories in a span of nine games to start the 2020-21 season.

Associate coach Keith McCambridge was pleased with the outcome.

“I think our group played very strong. The structure was there, we were on the right side of the puck, and obviously the importance of playing strong defensively was paramount,” McCambridge said.

It marked the third victory in as many tries for the Giants over the Victoria Royals. And for Sims, who is 2-1 for the season, both his victories came against the Royals.

The Giants are also the only team in the WHL to have two different goalies record a shutout.

The G-Men suit up again next on Sunday, in Kamloops, for their third game against Kamloops. The have a 1-1 record against the Blazers leading into the 6 p.m. game.

All 24 Vancouver Giants games can be watched via WHL Live.

VAN – 43 seconds into the second period, Justin Sourdif slid past the defence, took a feed from Tristen Nielsen and scored a beautiful forehand, backhand breakaway goal to stake his team to a 1-0 lead.

VAN – 57 seconds later defenceman Mazden Leslie extended the Giants lead to 3-0 when he took the puck wide, slipped by the Royals defender and tucked a low sow past Adam Evanoff and home for his fifth of the season. Bryce Bader and Tanner Brown both assisted.

*Victoria goaltender Adam Evanoff was pulled at 18:06 of the second period.

VAN – The game’s final goal came courtesy of Tristen Nielsen on a power play at 7:14 of the final period. Nielsen one-timed home a feed from Zack Ostapchuk inside the right-wing circle to secure his team-leading eighth goal of the season. Alex Kannok Leipert earned the second assist on the goal which resulted in a Gordie Howe hat-trick. 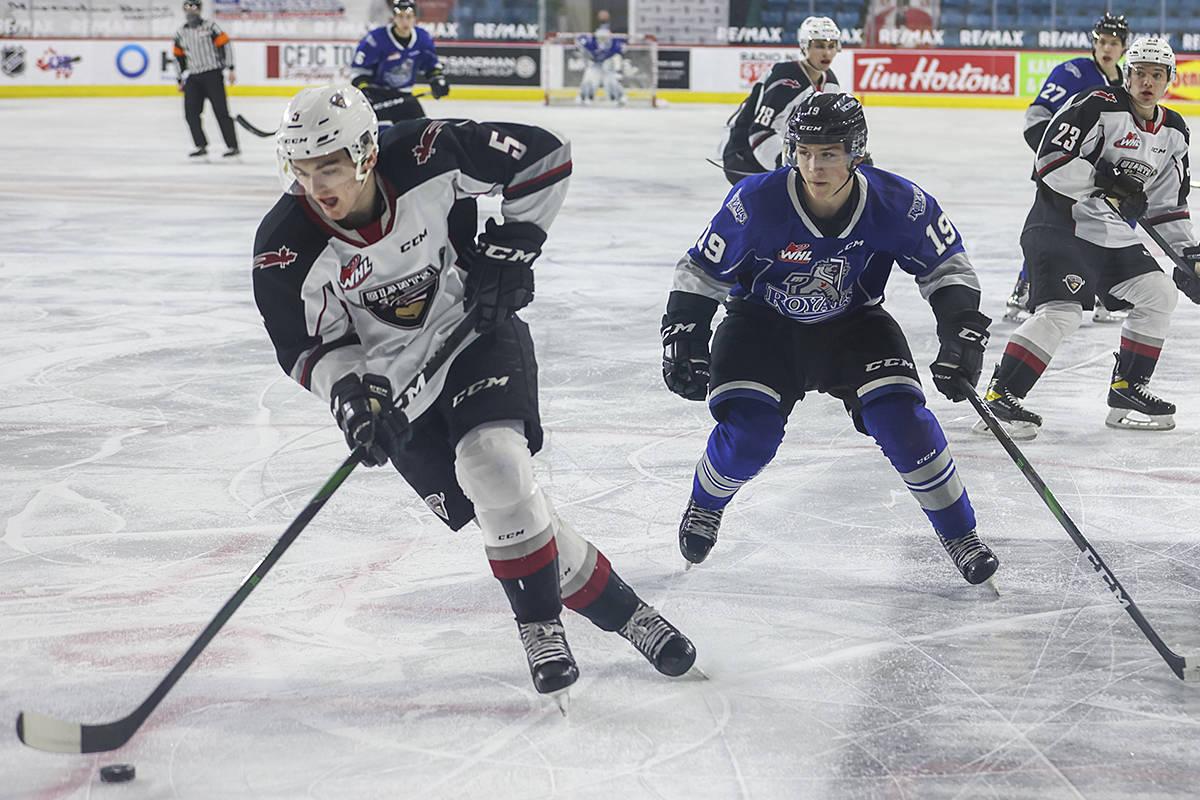 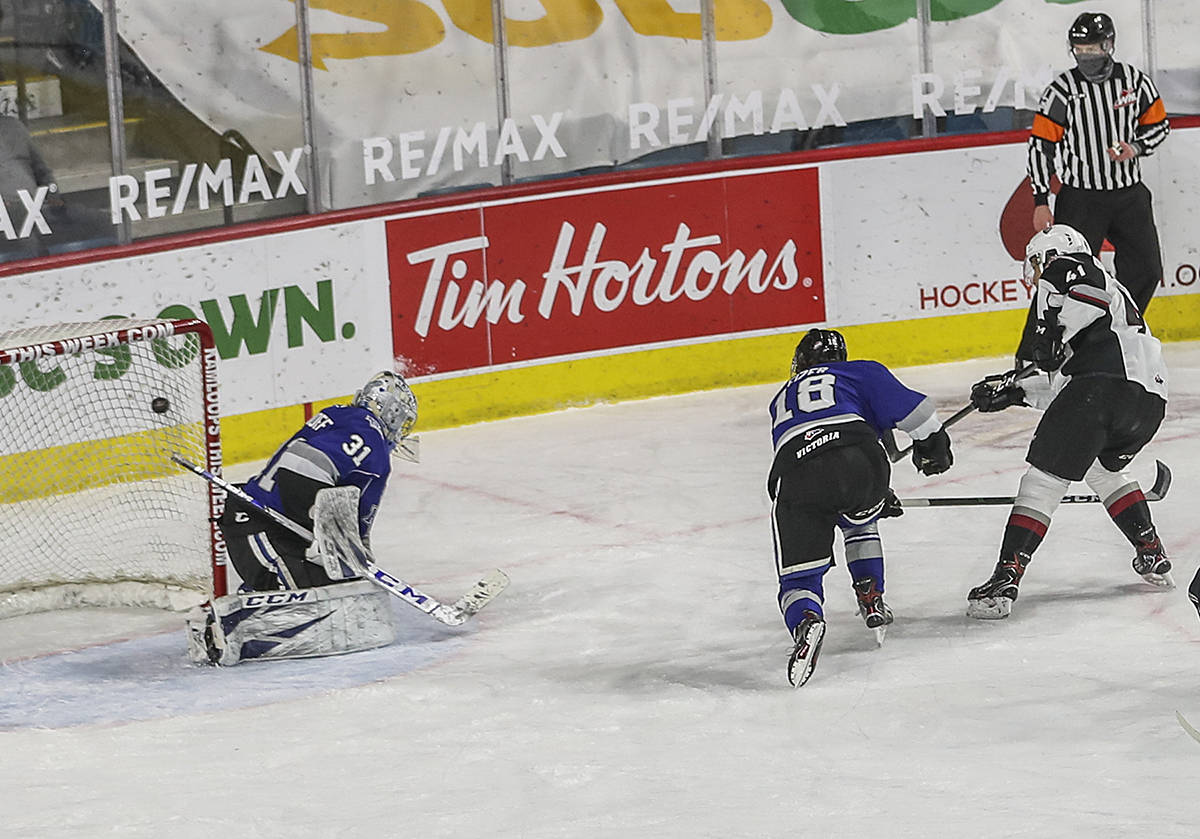 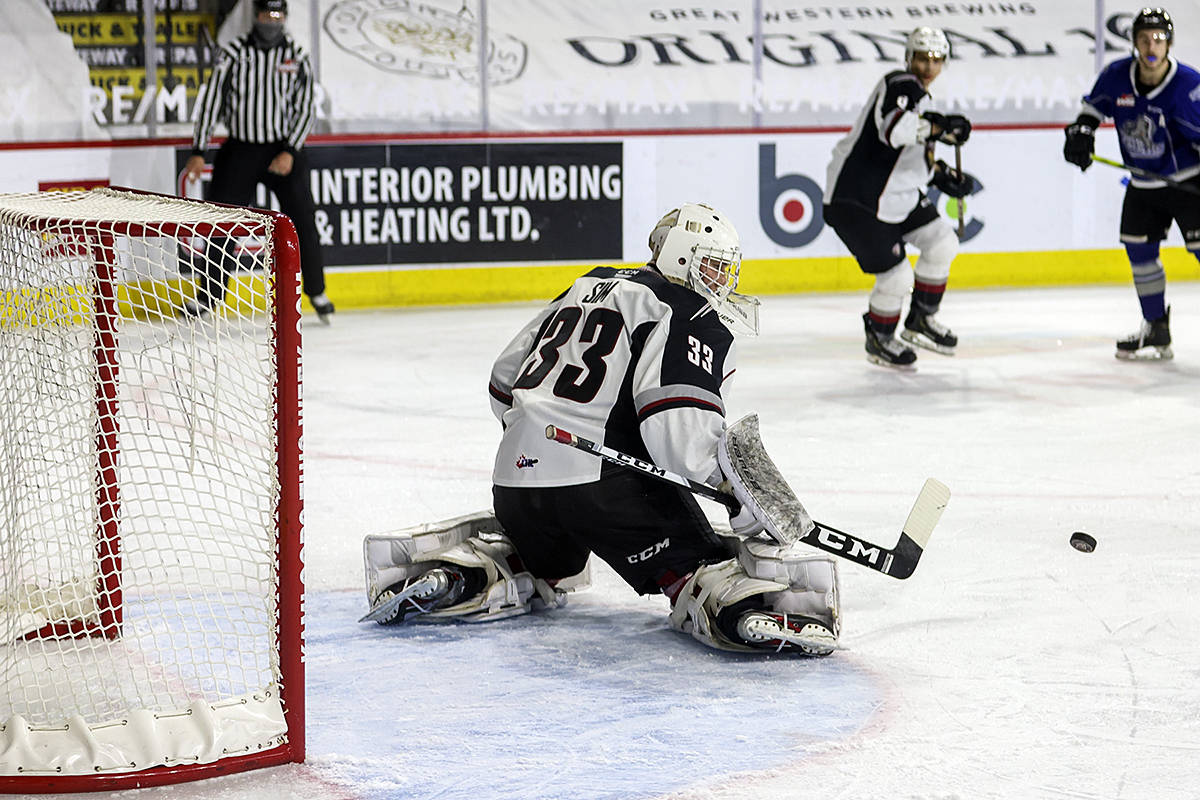