Karen Magnussen has nothing but nice things to say about Emily Bausback, the 17-year-old Grade 12 student from Burnaby who won the Canadian women’s figure skating title in January, becoming the first skater from B.C. to do so since Magnussen.

She’s been watching Bausback on television, and likes what she sees.

“The way she lands her jumps,” Magnussen enthused. “She nails them. She has a real strength in her neck and back.”

Magnussen doesn’t say it, but Bausback still has a way to go to match her.

In 1973, Magnussen won her fourth Canadian crown in a row, the fifth in six years.

That was the same year Magnussen went on to win the world championships.

It wasn’t until 2018 that a Canadian skater, Kaetlyn Osmond would win another world championship.

Magnussen is still the only singles figure skating world champion to come from B.C. and only the third Canadian woman to win it.

She and her husband Tony own a condominium in Langley’s Willoughby neighbourhood, where they relocated after an ammonia leak at the North Shore Winter Club in 2011 ended her career as a coach and forced them to downsize.

“We ended up selling our house because I couldn’t teach any more,” she related.

Magnussen said the leak caused breathing and vision problems, impaired her ability to speak, and left her chronically fatigued.

“I just went through hell” she told the Langley Advance Times.

On the wall of her home is a painting her husband commissioned for her, based on a famous photos of Magnussen in mid-spin at a competition.

She also has artwork by skating champion and painter Toller Cranston, but her medals are not there.

They are stored at a bank, because they were actually made of gold, a practice that ended shortly after her victories.

She still loves the sport, and has mixed feelings about how it has evolved.

Her foundation, funded with the money she made from commercials and ice capades appearances, has awarded hundreds of scholarships, more than $500,000 over the years, she estimates

She is glad that up-and-coming young skaters like Bausback can get government support to travel to international competitions, something that was virtually nonexistent when she was competing.

“They have a program, now,” she explained.

“It’s way better because it gives these kids a chance to get their feet wet. They get a lot of chances to compete.”

After winning bronze at the 1971 World Championships in Lyon, France, Magnussen received a federal government grant of $2,000 a year for four years, which was, at the time, the largest amount given to a Canadian athlete.

Magnussen doesn’t miss the challenges of skating in a time when photographers used distracting flashbulbs and people in the audience smoked, creating a tobacco haze that would settle over the back rows of an arena.

The use of songs with a singer’s voice on the soundtrack, as some skaters are doing nowadays, is something she doesn’t agree with.

“I believe that skating should be done to music that has no singing,’ Magnussen said.

She isn’t a fan of the current approach to judging, concerned that fans find it too complicated.

“Honest to God, people cannot follow [the marking],” Magnussen insists, concerned it may be having an impact on attendance.

“You couldn’t get into a building, even to see a BC event [when I was competing]. Now, you see all the empty seats.”

She would really like to see figure skating competitions at the Langley Events Centre.

Meaning the LEC is big enough to hold a substantial crowd, but the audience is close enough for a skater to have that all-important connection with the audience.

Magnussen always preferred venues where she could make eye contact.

“I love that part of it. The electricity that you get, you feed off that.” 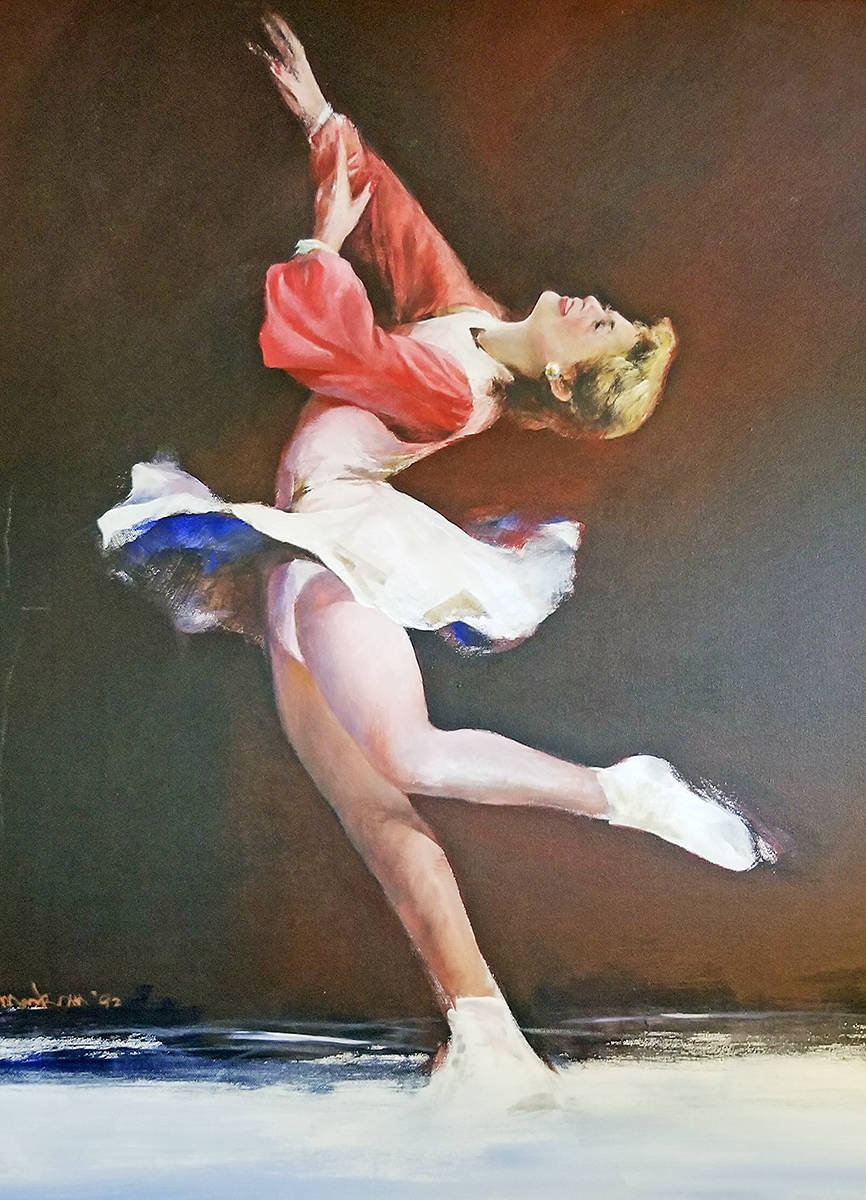 Langley’s 55-plus community urged to compete in BC Games