A four-game winning streak came to an end on Saturday night for the Langley-based Vancouver Giants at the hands of the Kelowna Rockets.

Rockets scored twice early in the third period to erase a 3-2 deficit en route to a 4-3 victory.

Mark Liwiski, Jake Lee, Kaedan Korczak and Dillon Hamaliuk all scored for Kelowna while Justin Sourdif and Alex Kannok Leipert each had multi-point games in response for the Giants.

Giants associate coach Keith McCambridge said the players can’t afford to ease up when they are ahead.

McCambridge had nothing but good to say about Sourdif, who extended his point-streak to nine games, scoring seven goals and nine assists for 16 points.

“It’s all about stick on puck and Justin does that very well.” McCambridge observed.

Alex Kannok Leipert opened the scoring for the Giants on a power play at 9:11. Tristen Nielsen and Eric Florchuk both assisted.

Late in the first, the Rockets responded with a power play marker courtesy of Dillon Hamaliuk.

Sourdif put the Giants ahead at the 12:47 mark of the middle frame while shorthanded. Sourdif broke up a play at his own blueline, streaked down the right wing and wired a low shot through Cole Schwebius for his sixth goal of the season – and first career shorthanded marker.

Rockets blueliner Kaedan Korczak responded at 15:02 with his second goal of the season. It came off a Kelowna faceoff victory and a shot from the left-wing point that snuck through traffic and by Trent Miner.

Sourdif wasn’t done. The Florida Panthers prospect struck again at 17:54. This one came off the rush and a shot from the right-wing that found its way over the shoulder of Cole Schwebius and in. Adam Hall and Alex Kannok Leipert both assisted.

Two minutes into the third period, Jake Lee evened the score for Kelowna.

Just over three minutes later, Kelowna took their first lead of the night when forward Mark Liwiski pounced on a loose puck in the slot area, and wired home his fifth goal of the season.

Saturday’s game marked the first time this season that the Giants had lost a game when leading going into the third period. The Giants are now 7-1 when leading after 40 minutes.

Kannok Leipert has now recorded three goals and five assists for eight points in his past five games.

Four of his five goals this season have come via the power play.

Giants look to get back in the win column when they clash with the division leaders Kamloops Blazers tonight (Sunday) at 6 p.m. 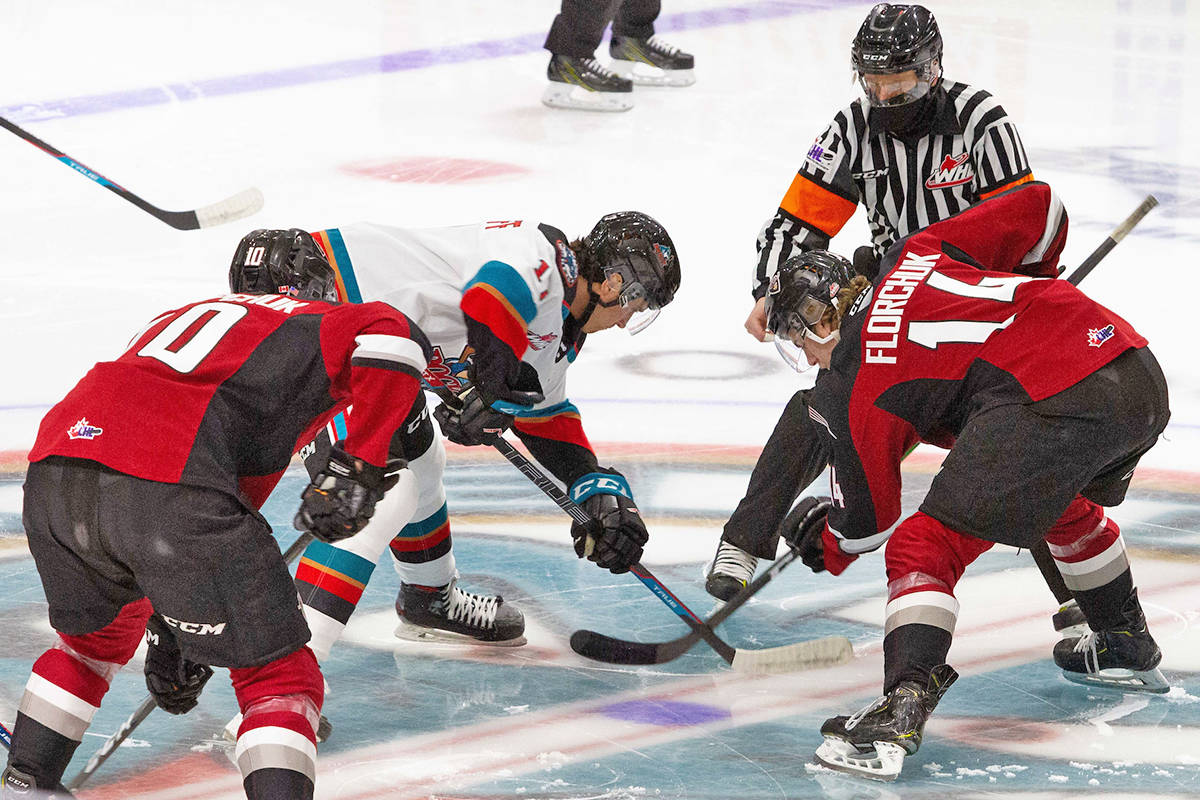