The streak continues for both the Vancouver Giants and Davis Koch.

Koch redirected a perfect pass from Dylan Plouffe with 2:02 to play in overtime as the Giants knocked off the Moose Jaw Warriors 2-1 on Saturday night at Langley Events Centre in WHL action.

On the winning goal, Plouffe was in prime position in the slot but with everyone thinking shot, he instead dished off a great backdoor pass to Koch at the side of the goal and the Giants centre easily one-timed the puck into the open net.

“I was hoping pass. Dylan can score from there too. I wouldn’t have been angry if he shot it, but I was happy it was a pass,” said a grinning Koch post-game. The goal extended his point streak to six games with five goals and 14 points over that stretch.

Tristan Nielsen picked up the secondary assist on the play, extending his own streak to five games with three goals and 11 points in that span.

Neither team allowed much the entire 60 minutes with both goals coming in the first period.

The Warriors also boast the WHL’s second-best road record as Saturday’s defeat dropped them to just 15-3-2-0 as the visitors.

And Giants head coach Michael Dyck said the Warriors are full marks for the record as the road team.

“What they want to do on the road is frustrate you and they want to bait you into taking chances and catching you out of position,” he said. “And when they have a lead, you typically more chances and put yourself into more trouble.”

The Giants did fall behind in the game as Jett Woo (a second-round pick of the Vancouver Canucks whose name drew plenty of cheers) opened the scoring at 7:08, firing home his ninth of the season. But the lead was short-lived as Bowen Byram tied things up 2:28 later with the teams playing four-on-four. Milos Roman drew the defence over and then feed Byram across the ice and the defenceman scored his 16th of the season. Byram – who saw his seven-game point streak snapped the night before — has seven goals and 15 points over his last nine games.

Vancouver was coming off a 6-4 come-from-behind victory the night before in Spokane, while Moose Jaw won 4-0 in Victoria – the team’s third straight victory. The Giants surrendered three power-play goals in the first 9:08 but rallied from the early hole to win 6-4.

The penalty kill did a 180 from the night before, killing off all six opportunities against the league’s third-ranked power play, including being down two men for 1:35. They also had man in the box for an earlier coincidental minor penalty and all three Giants were defencemen.

“(Assistant coach Jamie Heward) does a great job of preparing our penalty kill and I thought they executed to a ‘T’,” Dyck said. “Yesterday we got caught running around, we got caught up in the emotion, out of position and good teams will make you pay.”

The win was Vancouver’s sixth in a row, with the final three coming in four days in three different cities and all requiring early deficits to overcome.

“It shows a lot about our character and the depth we have. All three of those games we were down in the first period, and we fight back and stick with the game and never give up in any of those and end up coming out on top,” Koch said.

The Giants will now get set to their next game, which comes Thursday night at LEC (7:30 p.m.) against the Prince Albert Raiders, the top team in the WHL with an impressive record of 39-5-0-2.

“I think it will be exciting. Any time you can take on a top team like that, everyone is going to be up for it,” Koch said. 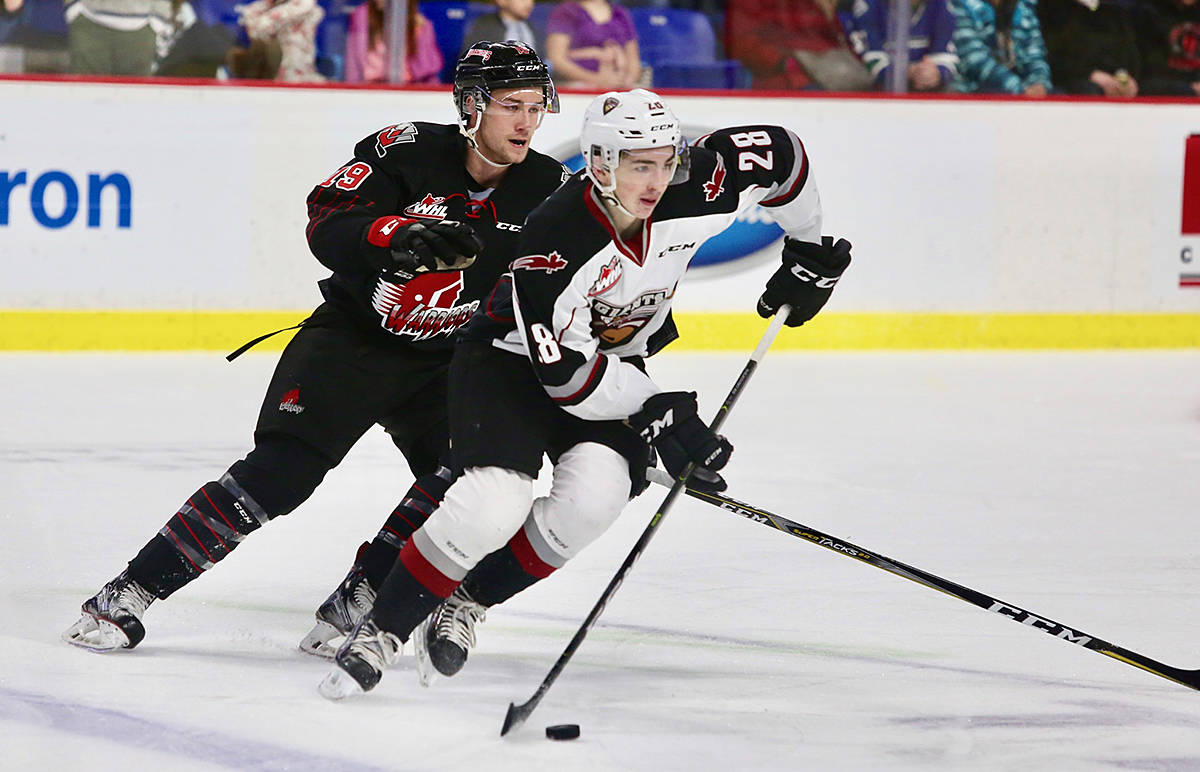 Langley runner nominated for B.C. university athlete of the year