Normally, Maple Ridge resident Jay Radke would be watching his 16-year-old son Pierce play shortstop for the Langley Blaze baseball team from a seat close to the action, on the stands behind home plate at McLeod Athletic Park.

Instead, on Sunday afternoon, July 5, Jay was viewing the action from the parking lot behind the outfield, and regretting leaving his binoculars at home.

“I’ve had my bum parked on that bench 25 feet away from the action many times,” Jay recalled, smiling, describing the parking lot viewpoint as “the cheap seats.”

It was one of the first practices by the team since the novel coronovirus forced a lockdown of most sports, and it took place under restrictions that kept fans out of the stands and the players well separated.

It was an opportunity to show their stuff to a Team Canada scout, who spent much of the workout positioned behind the mesh netting of the batting cage, looking to add some talent to the national team.

Pierce, who plays for the Junior Blaze, was called up to the senior team for the event, his father recounted.

“He got the call a couple of days ago.”

Pierce is aiming to follow in the footsteps of his stepbrother, Jon Bauer, a Blaze pitcher who parlayed his athletic talents into a “full-on scholarship” to a U.S. university, Jay explained.

“[Jon] was never drafted [by a major league team] but he got an education out of it,” Radke remarked.

READ MORE: Langley Blaze back on the field but only for practices

On the field, Blaze general manager Doug Mathieson was pleasantly surprised by the players’ commitment to maintaining a safe distance.

“I thought it would be like herding cats,” Mathieson told a Langley Advance Times reporter.

Mathieson is hoping the team will be able to open up their practice sessions a little more in the near future, possibly in about a week, but that will depend on what the health authorities say.

While there won’t be a traditional ball season, the club may continue summer session until August, instead of the traditional July stoppage.

“If we get the green light, we’ll play exhibition game schedules,” he added. “If we further get a green light, we’ll probably do some September tournaments but that’s all speculation at this point. We’re just going day by day and see what we can do.”

More sports have resumed in the U.S. which is seeing record virus spread.

“We don’t need that,” Mathieson commented.

Langley Blaze is willing to wait for the health of players, coaches, and families.

While there won’t be a traditional ball season, the club may continue summer session until August, instead of the traditional July stoppage.

If they get the green light, the Blaze will play an exhibition game schedules, Mathieson added.

“If we further get a green light, we’ll probably do some September tournaments but that’s all speculation at this point. We’re just going day by day and seeing what we can do.” 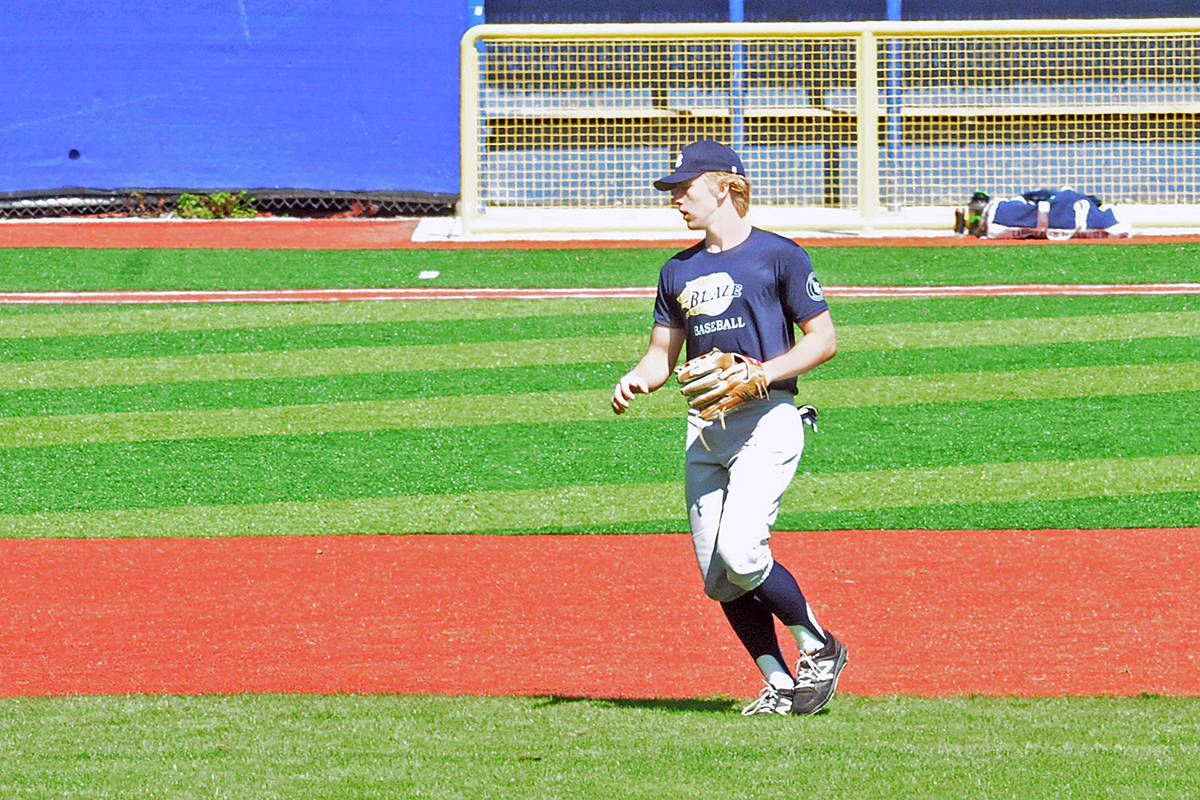 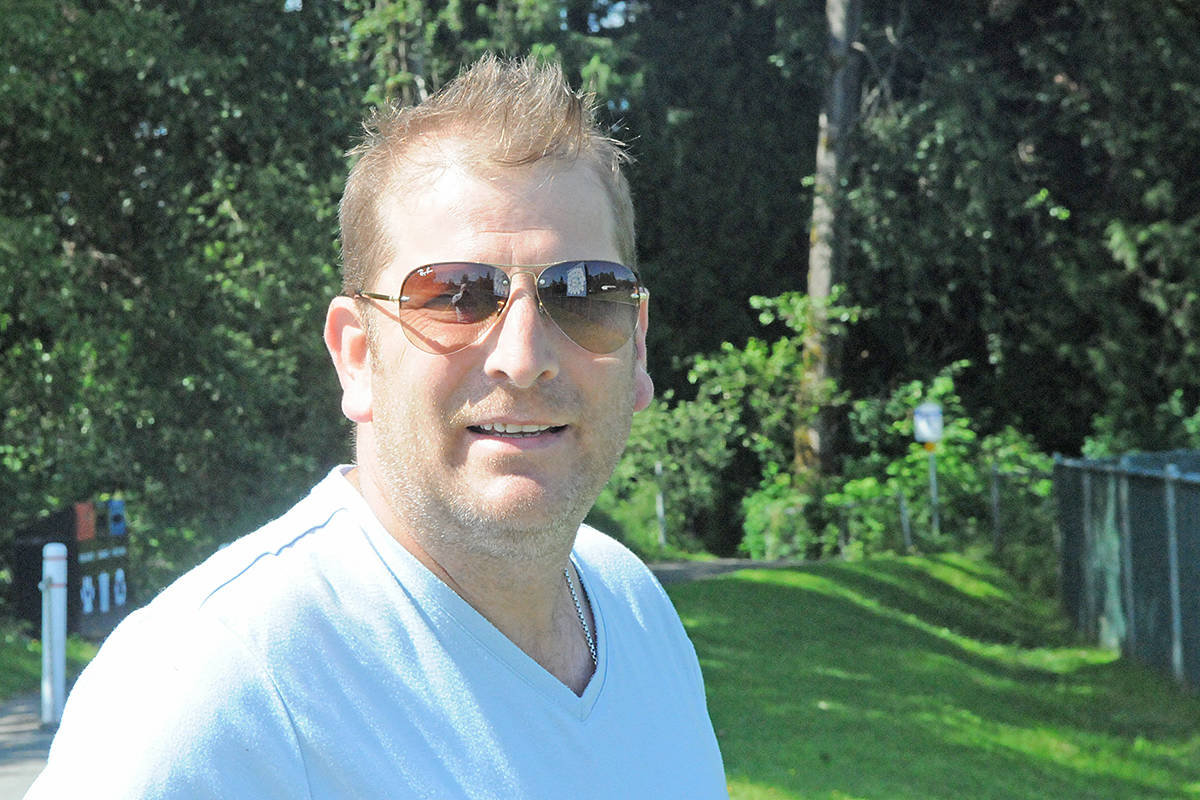 Jay Radke had to watch his son play from the parking lot during Blaze team practice at McLeod Athletic Park in Langley on Sunday, July 5. (Dan Ferguson/Langley Advance Times)