Afterwards, she was besieged by young fans seeking her autograph on their helmets, jerseys and competition numbers.

Mechielsen had to use a borrowed bike, because she’d only just returned from Tokyo the night before, and hadn’t been told about the surprise celebration.

“I didn’t have time to build (re-assemble) my bike,” she explained.

Mechielsen was moved by a banner of support hanging at the track that was covered with signatures and encouraging messages. 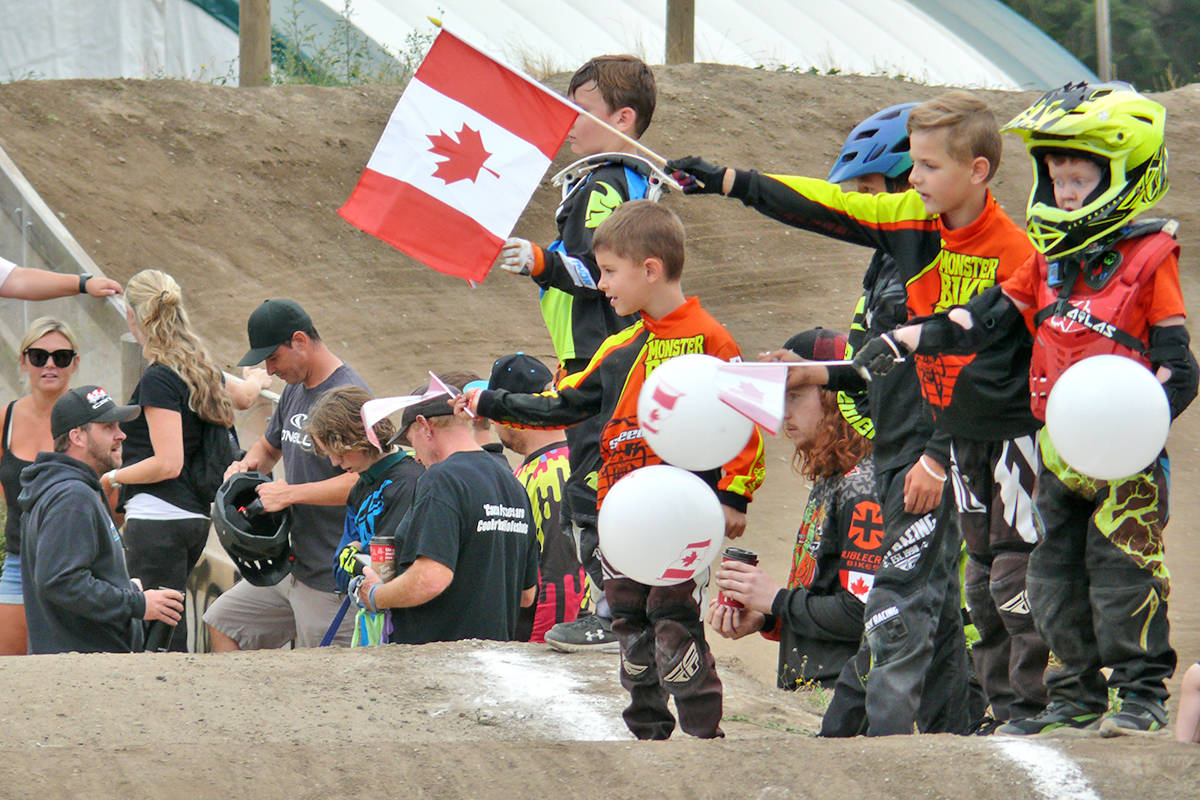 Riders lined the Langley BMX track to welcome back Drew Mechielsen from the Olympics on Sunday. (Dan Ferguson/Langley Advance Times)

Mechielsen started riding on the Langley track at the age of three, winning every award there was, and regularly returns, long-time rider Bea Lindsay-Hawkins told the Langley Advance Times.

“She comes back year after year to coach the girls,” Lindsay-Hawkins enthused.

“She keeps giving back.”

“This is my home track,” Mechielsen declared.

Asked if she has decided to try for the next Olympics, Mechielsen said it was too soon to say.

At the Ariake Urban Sports Park in Tokyo on Thursday, July 29 and Friday, July 30, Mechielsen qualified for both the women’s BMX Racing semi-final and final rounds.

She eventually crossed the finish line in 8th place, which was Canada’s second-best result in the women’s field since the event was introduced at the Beijing Olympics in 2008. 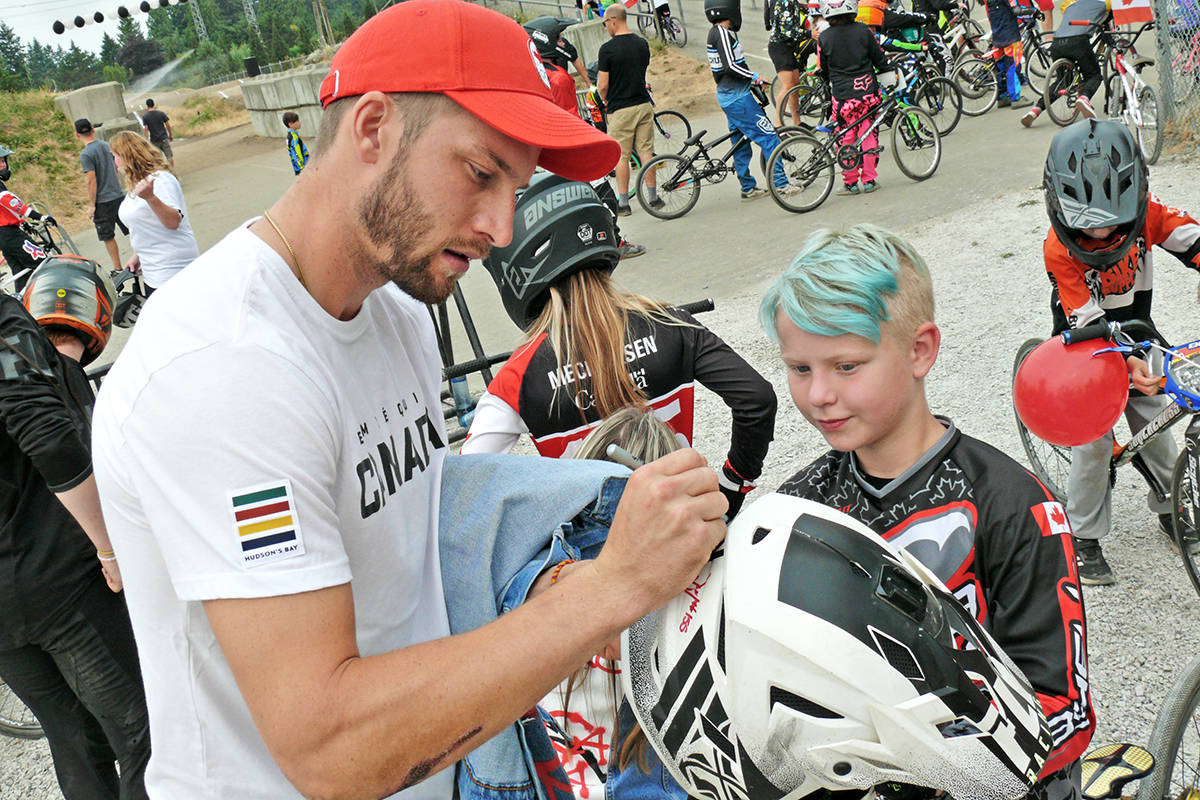 Fellow Canadian BMX rider James Palmer did not advance past the quarter-final round despite finishing fourth in his last heat on Thursday.