More than 400 athletes are taking part in the annual Langley Invitational Swim Meet at George Anderson Pool in Langley City hosted by the Langley Flippers swim club, with swim clubs from around the Fraser Valley, as well as swimmers from clubs in Penticton and Kelowna.

Before the event got underway under cloudy skies Saturday morning, organizers had the temperature in the heated outdoor pool reduced slightly to provide a cooler, less energy-sapping swim.

The higher-than-projected turnout also forced a brief delay Saturday morning to have the “heat sheets” that set out the schedule of races redone to accommodate the added competitors.

“That is super exciting,” Todd said.

He said the club has grown from 27 members to become the largest in the Fraser Valley region at over 100 swimmers.

Among the Flippers was eight-year-old Fabi Taylor, whose whole family is into swimming, with an older brother in the club and another older brother who is a lifeguard.

The young Langley resident was surprised by the number of people attending.

“It’s crazy (in a good way)” she said as she watched the rain clouds forming overhead. 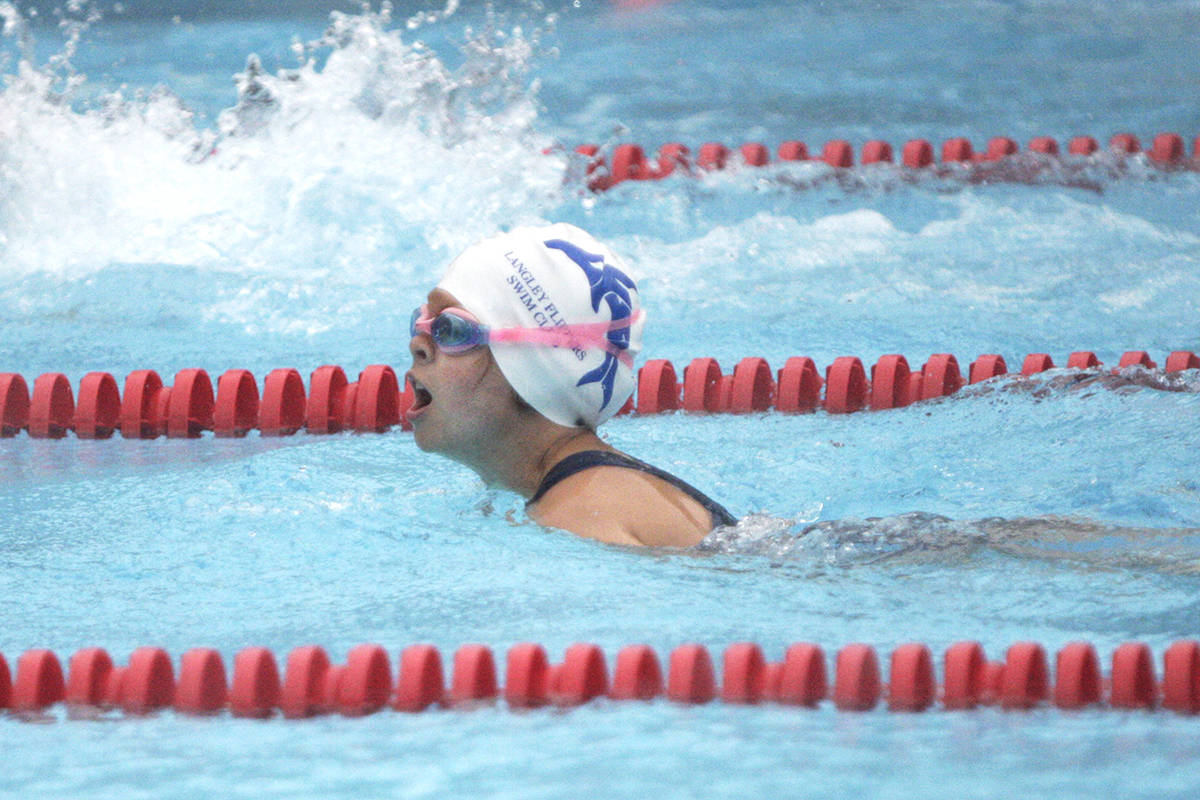 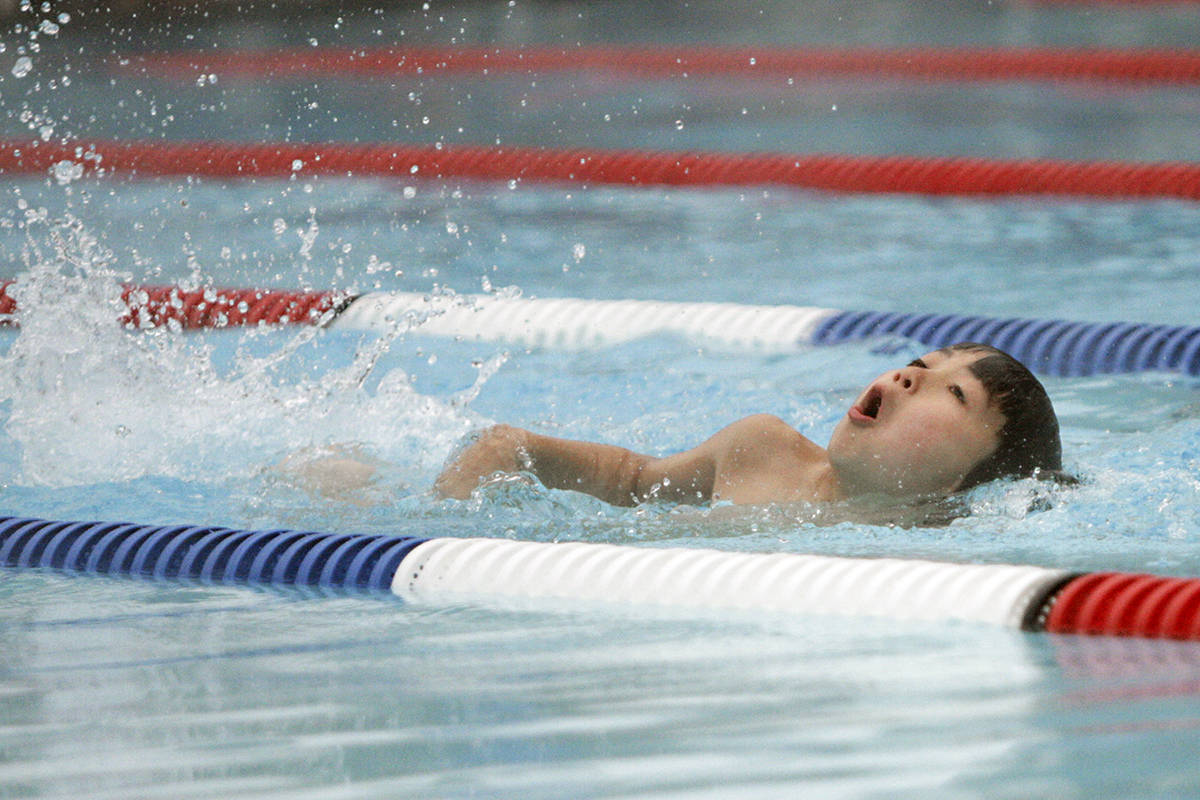