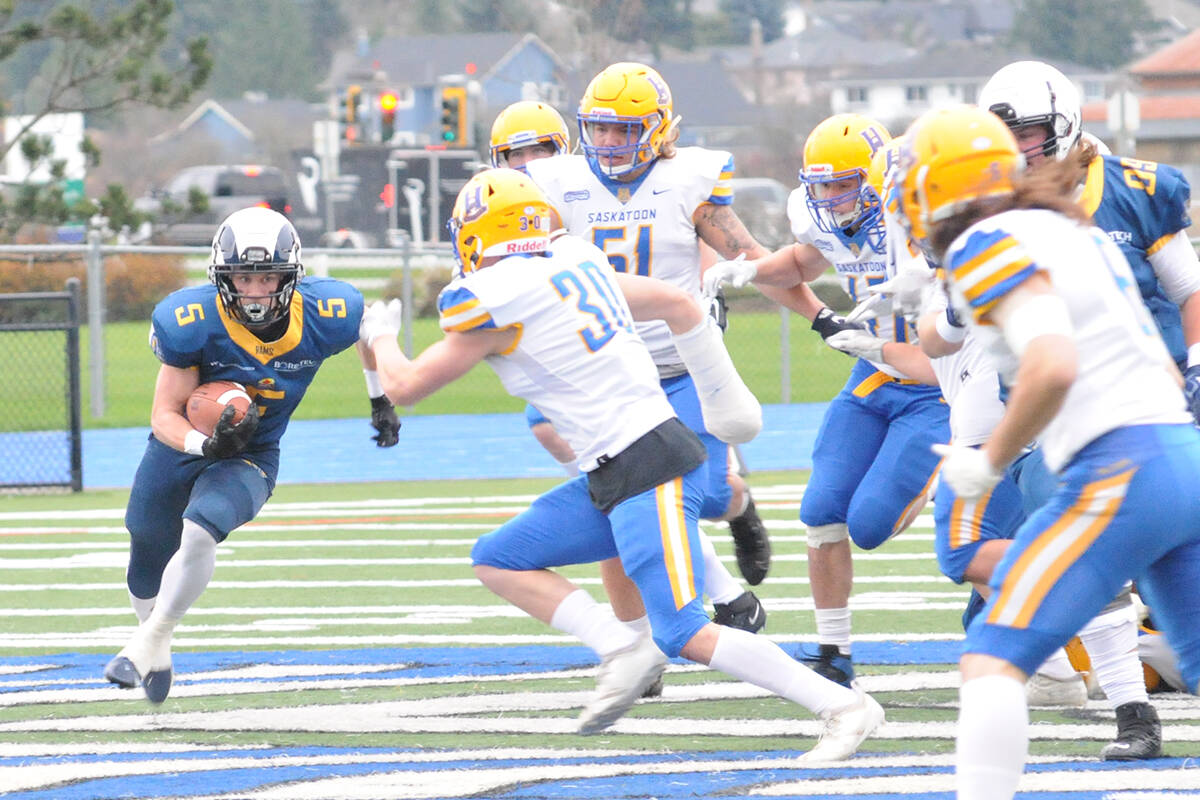 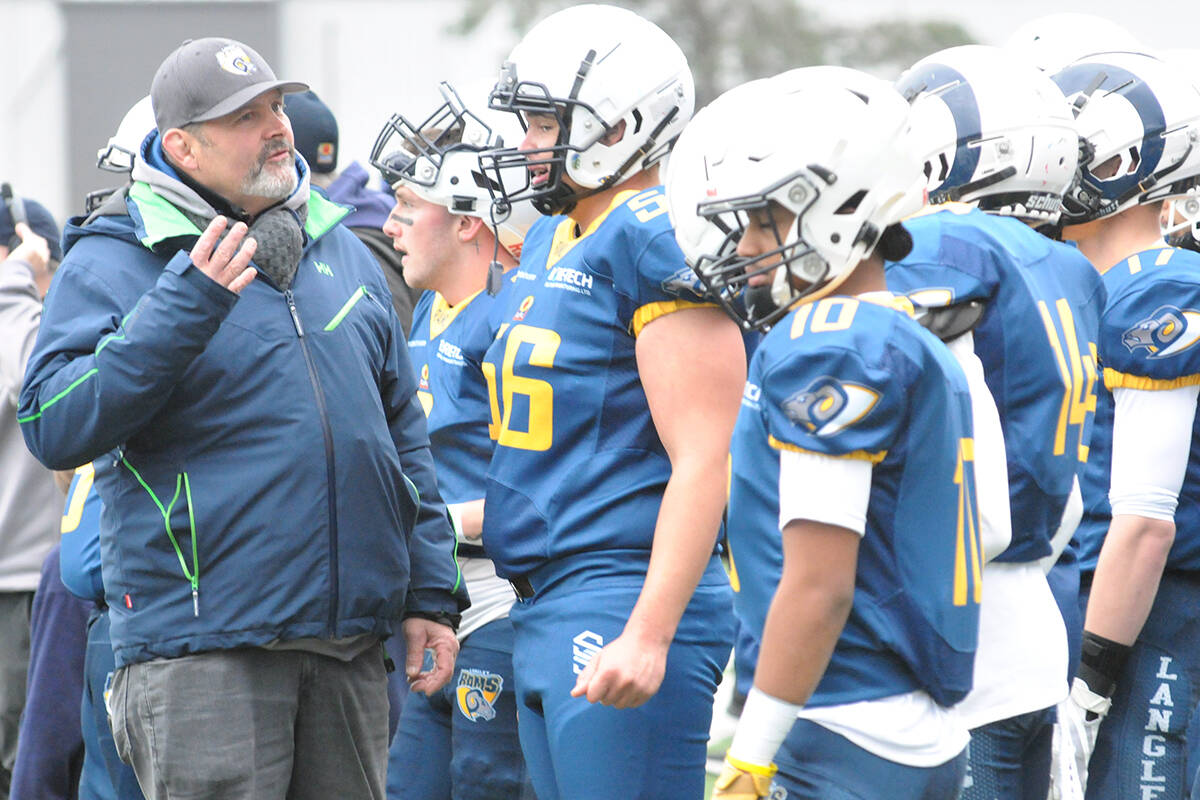 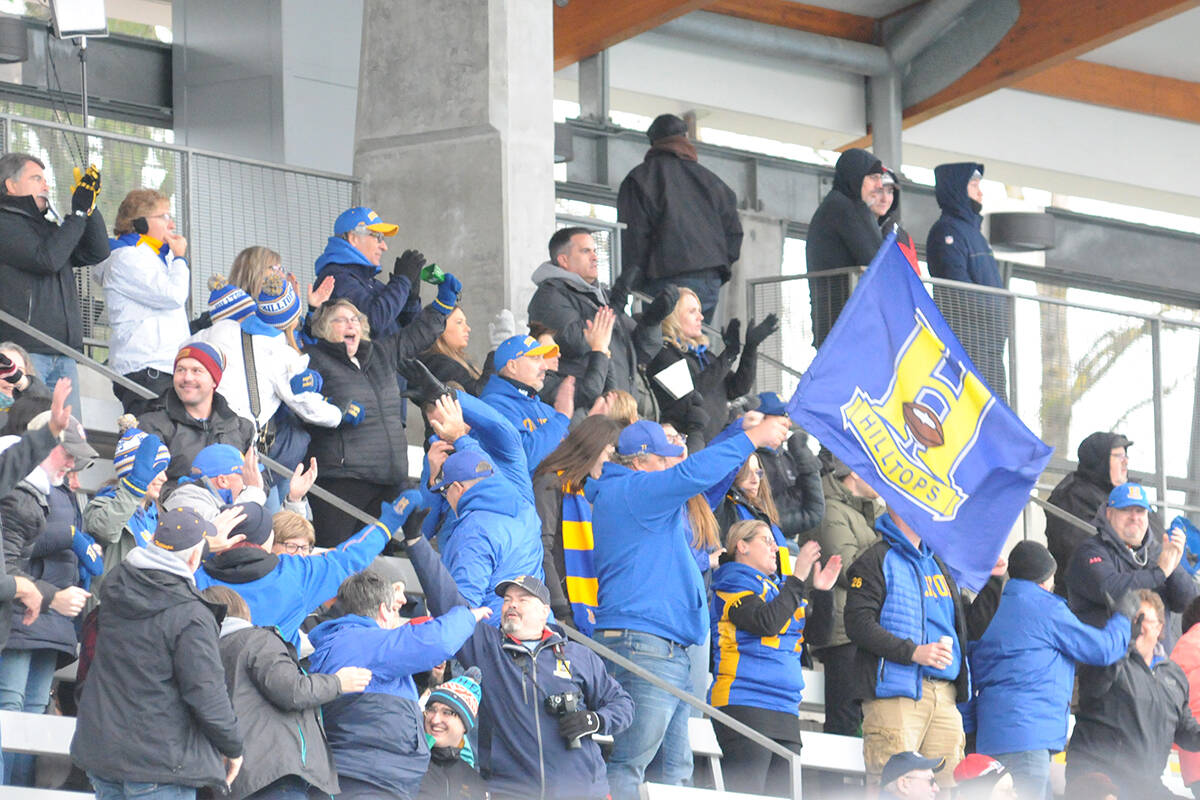 Hilltops fans waved the flag, but a late-in-the-game surge by the Rams dashed their hopes for a CJFL semifinal win as the Langley Rams downed the Saskatoon team 17-14 Saturday, Nov. 20 at McLeod stadium (Dan Ferguson/Langley Advance Times)

Langley Rams staged a late-in-the-game comeback to down the Saskatoon Hilltops 17-14 in the CJFL semifinal played at McLeod Stadium Saturday afternoon, Nov. 20.

Up next, the Canadian Bowl.

Coach Cory Philpot said “the plan is to get the boys prepared” for a cold weather clash in Ontario against the London Beefeaters on Dec. 4.

Philpot is looking forward to it, saying “if we go out and do what we do, we’ll do well.”

Neither team has won a national championship.

“Best defence ever,” is how Henneberry summed it up.

In a tweet shortly after the game ended, Hilltops agreed, calling the Rams “a truly worthy opponent and our pick for Canadian Bowl champions based on their defence alone.”

Hilltops were leading 7-4 at the half, and 14-7 at the end of the third quarter, before the Rams tied it up with a 29-yard pass by quarterback Michael Calvert to Derek Best with 5:01 to go in the fourth, then pulled ahead with an eight-yard field goal by Tato Ferreyro Araya with 2:16 to play in the fourth quarter that proved to be the game winner.

Best was named offensive player of the game. 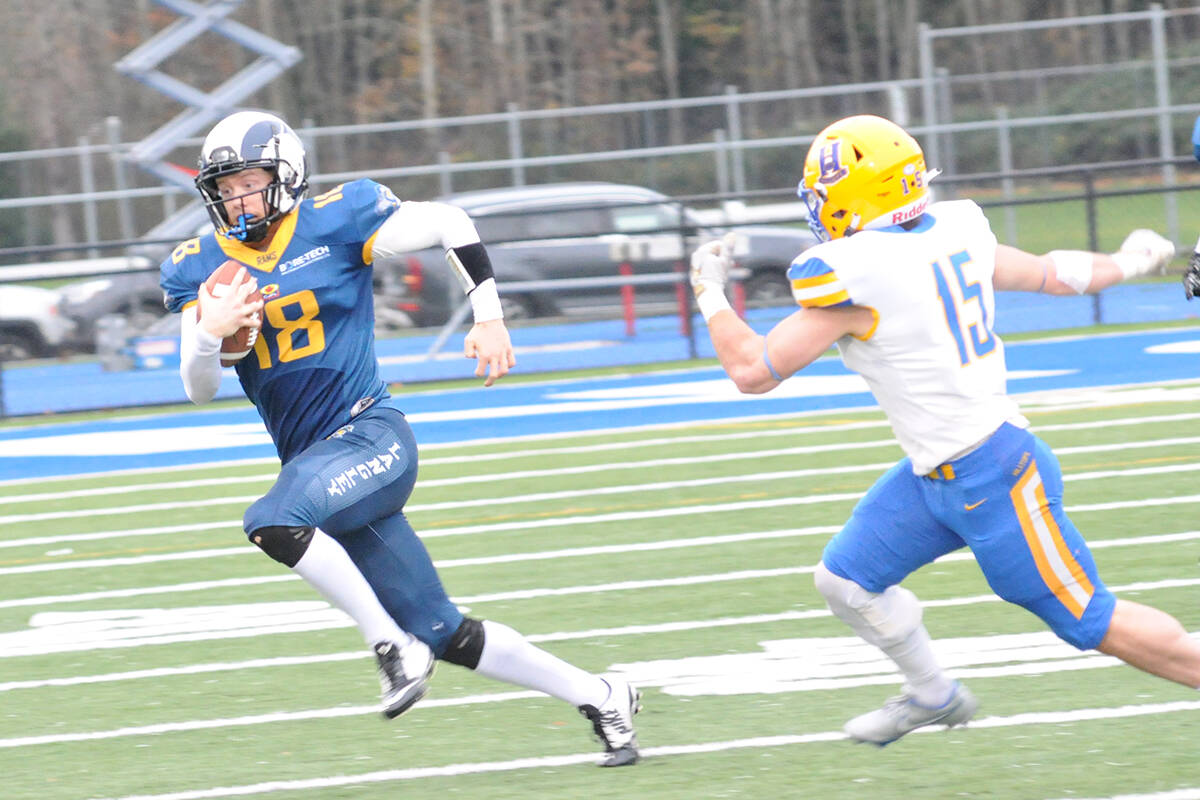 Rams defence was led by Bako Wande who picked off two Hilltop passes and recovered a fumble while making one tackle. BC Conference Defensive Player of the Year Kyle Clarot collected a team high six tackles and Colten Dejong and Cole Barron each intercepted a pass.

Tyler Eckert was named defensive player of the game with four tackles and two sacks. He recovered a fumble in the fourth quarter to set up the game-winning field goal.

BC Conference rookie of the year Daniel Kabongo made four catches for 39 yards in the second half.

To get to the semifinals, Rams won the Cullen Cup championship for a third straight year, following a rain-soaked defensive battle with the Okanagan Sun at McLeod Stadium on Saturday, Nov. 13 that saw the hometown team grinding out a 7-4 win in the BCFC final.