A light-hearted video posted by the Langley-based Fraser Valley Fusion 2006 team has drawn thousands of views by showing how players can maintain a safe degree of separation.

Among the players seen in the Facebook clip, one makes a catch, then appears to use a hand spray to disinfect the ball, before throwing it, while another player wears a antiviral mask and still another does a flip on a trampoline.

None of the players are anywhere near each other.

In fact, they are in their various back yards, with the video clips stitched together by Fusion head coach Kaitlyn Cameron.

Since the video was posted to the team Facebook page on Monday night (March 23rd), it has racked up more than 2,500 views.

“We were just looking for something to keep the girls connected,” Cameron explained.

They were all told to be recorded in Fusion gear clothing, and email their clips to the coach.

For Cameron and her players, it was a welcome break from being sidelined.

This year, with 10 returning members and three new players, Fusion were looking like a good bet for another big season, with a realistic shot at the provincials and, this year, maybe even the nationals, as a now-eligible second-year team.

Then the COVID-19 virus hit.

Last week (March 16th) a notice went out to players and their families from Langley Rep Fastpitch announcing the suspension of all Softball BC sanctioned activities until May 1st, 2020.

“Softball-related activities” includes all meetings, events, practices, league games, and tournaments, which means no opening days on April 4th and April 11th, and no U19 A/B open tournament on the April 17th — 19th weekend.

“The health and safety of our players, their families, and our communities is our utmost priority,” the notice read.

“We are very optimistic that we will get the program up and moving after May 1st. As such, refunds will not be considered at this time but will be addressed once we have a concrete path before us.”

While the Fusion wait for play to resume, they will likely put together another humorous video, Cameron said.

“The girls are brainstorming [concepts],” she said. 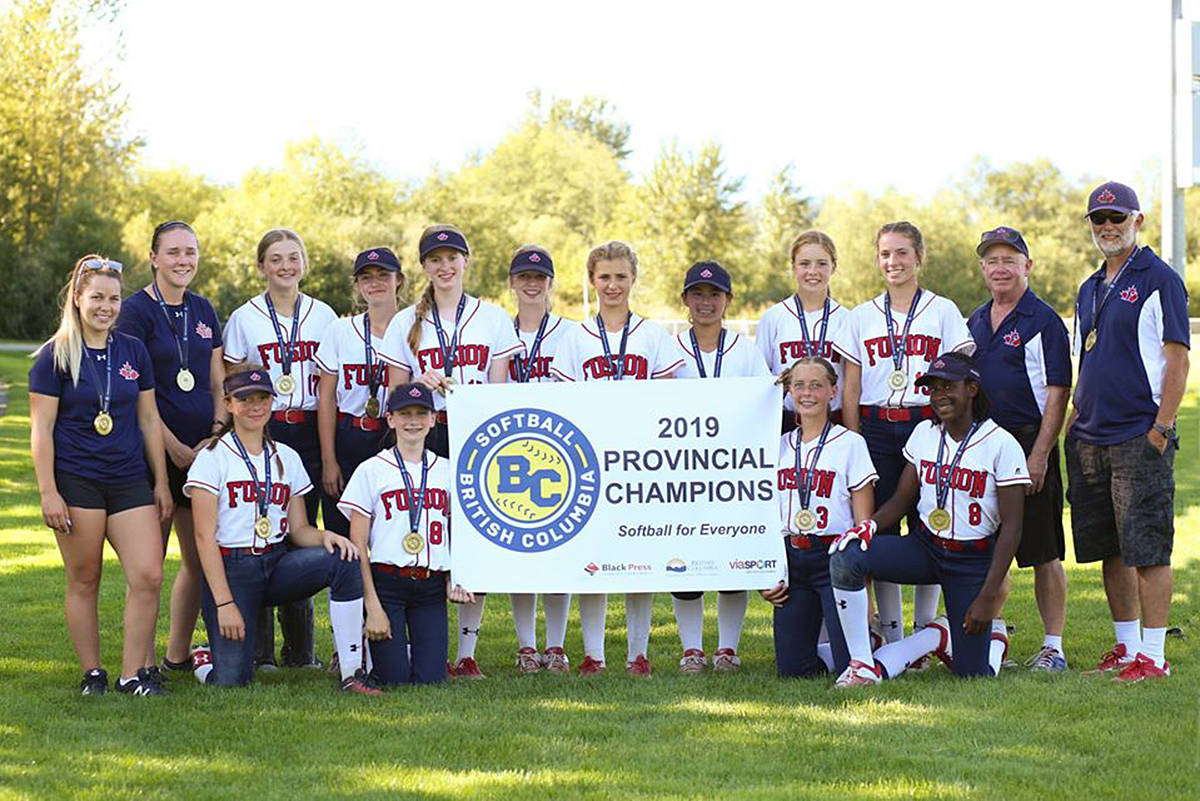