The full arsenal of the WLA Langley Thunder offence was on display on Saturday afternoon (Aug. 6).

And it wasn’t just those three carrying the team either, as captain Connor Robinson had four assists and Dylan Kinnear finished with a pair of goals and one assist.

Langley coach Rod Jensen said “we are blessed with excellent players. Usually what happens is they elevate their game come playoff time when there is more pressure on, and you saw that tonight where there was some great execution by some excellent lacrosse players.” 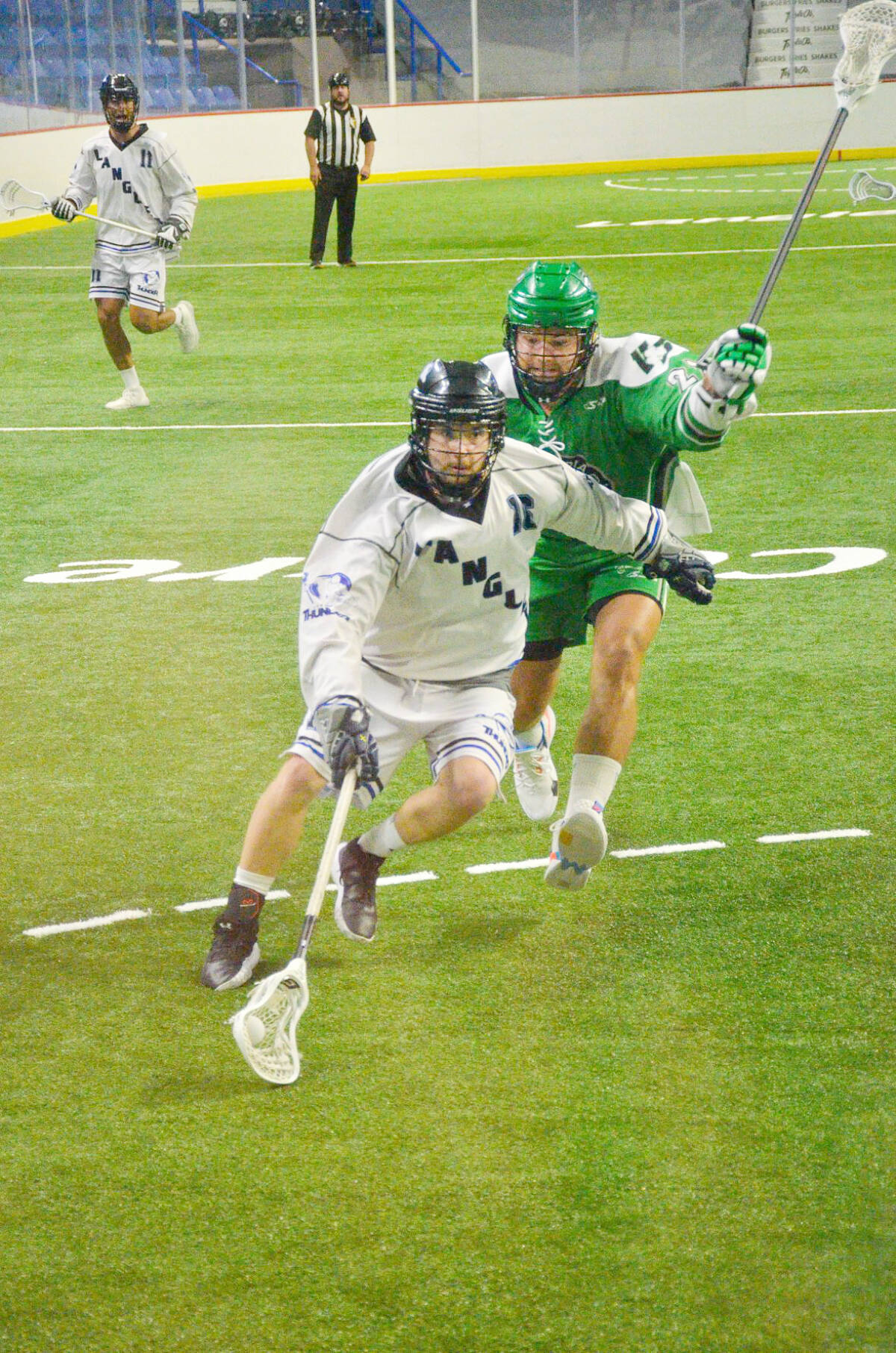 Dane Dobbie, Curtis Dickson and Robert Church each had three or more goals as the Team Canada alum combined for 10 goals and 22 points in the Langley Thunder’s 15-9 victory in game one of the WLA semi-final series at Langley Events Centre on Saturday, Aug. 6. (Gary Ahuja/Langley Events Centre)

The game began with Langley scoring the first two goals before the Shamrocks struck for three straight in a span of less than four minutes. And the score remained 3-2 for the visitors for the next 8:41 and that is when the Thunder offence took flight with five goals in the final 4:03 for a 7-3 lead.

Victoria would trail by multiple goals the rest of the way, only once getting the deficit down to two at one point early in the third period at 9-7 before Langley again struck in rapid succession with another three-goal outburst in a less than four-minute span.

Dating back to the regular season, Langley has won five straight games and has scored 62 goals in that span, an average of 12.4 goals per game. In the team’s first 14 games (where they went 8-6), they averaged 9.86 goals per game.

And while the offence was firing on all cylinders, the defence and goaltending did their job, holding the league’s best offensive team (Victoria averaged 12.7 goals per game) to single digits for just the fifth time in 19 games.

When Victoria was able to get shots on goal, they had Frank Scigliano to deal with as the reigning WLA Player of the Week, continued his stellar play, making 50 saves as his team was outshot 59-49. 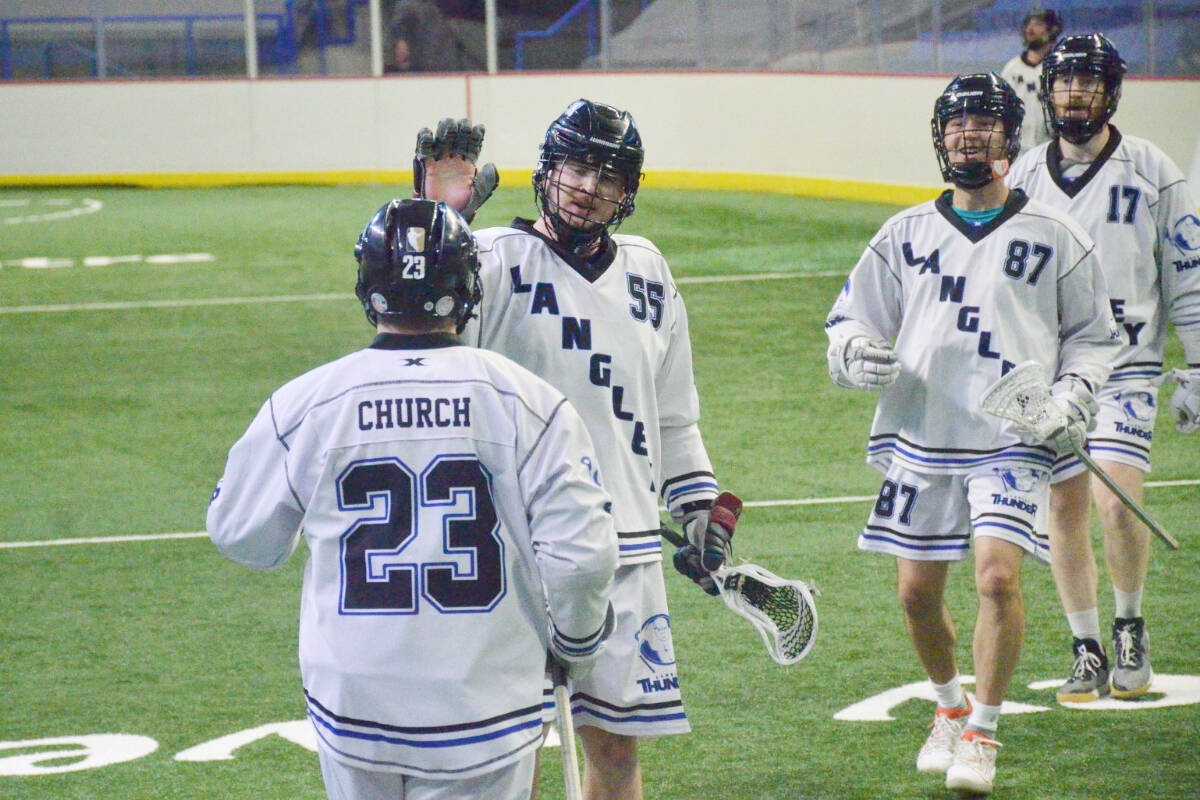 Dane Dobbie, Curtis Dickson and Robert Church each had three or more goals as the Team Canada alum combined for 10 goals and 22 points in the Langley Thunder’s 15-9 victory in game one of the WLA semi-final series at Langley Events Centre on Saturday, Aug. 6. (Gary Ahuja/Langley Events Centre)

“Frankie was unbelievable,” Church said. “I have been on the end of Frankie stealing games plenty of times, so it is nice to be on the same team as him.”

While Dobbie and Scigliano earned the first and third stars, respectively, Victoria’s Jesse King was the second star following his four-goal, six-point game.

Colin Jeffery came on in relief late in the first period and finished with 20 saves on 28 shots while Pete Dubenski stopped 14 of 20 shots.

The Thunder have allowed an average of 7.63 goals over their last eight games.

“We have come together, and it shows on and off the floor. We are a tight-knit group and when we get out there, it is second nature,” said the Thunder’s Reece Callies.

“I think early in the season, the communication was not where it needed to be simply because we were so new and so many new guys in the lineup constantly, But now we are in a rhythm and starting to get in a groove and it is starting to show.