Langley Trappers will take on the North Vancouver Wolf Pack in the PJHL championship final after winning the semifinals on Sunday.

It was a victory for youth over experience, with the expansion team of younger players defeating the defending champion Delta Ice Hawks at the Ladner Leisure centre, coming back from a three-goal deficit to take game five with a 5-4 final tally and secure a championship opportunity.

It was familiar, anxiety-provoking, territory for the Langley Trappers who lost the first game of the series against Delta 4-3 after falling behind 3-0 in the first period.

Trappers General Manager and associate coach Thomas Koshman said it was “stressful” as a coach to fall behind by three, but the team pulled together to battle back instead of falling apart.

“When you’re down three, it’s easy to turn, to start beaking off at each other,” Koshman said.

“They didn’t. The boy rallied together.”

The Delta Ice Hawks lost 5-4 Sunday night to the Langley Trappers in Game 5 of the PJHL semi-finals, with Langley taking the series with the win.
Delta had goals from MacDonald, Deyrmenjian, Rubin, and Suprynowicz in the final game of the season. #DeltaHawkey pic.twitter.com/VHwvJZeNYD

In the first period of game five, it was all Delta, with the host team scoring three times in just under five minutes, with Daniel Rubin, Jordan Deyrmenjian and Callum MacDonald getting goals.

Trappers responded early in the second period, with Casey Whintors scoring less than a minute into the game to make it 3-1.

Delta Ice Hawk Alex Suprynowicz made it 4-1 at the 12 minute mark, but after that, the Trappers were on a roll.

Michael Guzzo, Adam Nobes and Brendan O’Grady scored to make it a 4-4 tie, with the fourth Trappers goal coming with just seconds left in the period.

In the third period, Carter Graham scored the fifth and deciding goal, defeating the Ice Hawks and ensuring a spot in the finals.

There were more penalties in the final period than the previous two combined, with eight of the 11 assessed against Delta, including a 10-minute team penalty for game misconduct.

Trappers were named two of the three stars of the game, with Casey Whintors and Braden Warburton in first and second spot, and Delta Ice Hawks Daniel Rubin in third.

Koshman credited the win in part to the work of the Trapper special teams on power plays and penalty killing as well as netminder Kristian Lyon.

“Our goaltending is outstanding,” Koshman said.

Langley Trappers Junior B hockey team started playing in 2017 as a member of the PJHL in the Harold Brittain Conference, becoming the 11th team in the league while the Delta Icehawks won the Cyclone Taylor Cup in 2006 and PJHL championships in 2001, 2006, 2012 and 2018.

Up next, the final against North Van begins, with two away games Friday and Saturday before returning to Langley and the George Preston arena Monday and Wednesday.

The Langley games are scheduled for 7 p.m.

“They’re older than us. We’re just going to have work our butts off.”

Winner of the final will go to the provincial championship and a shot at the Cyclone Taylor Cup. 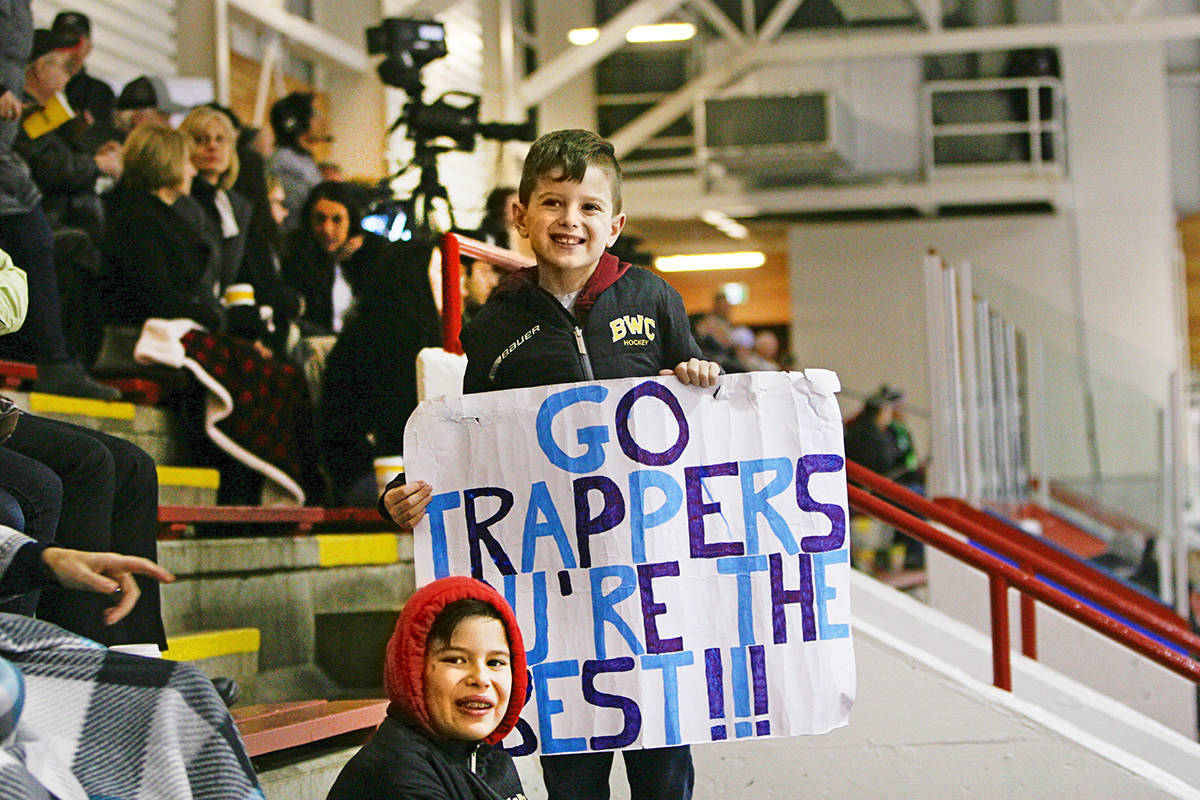