All were described as “outstanding” players in an SFU press release.

In 2019, she was a tournament all-star – batting .458 – at the under-14 national championship after helping the Renegades place third.

This past summer, McMillan won bronze with White Rock at the U17 Canadian championship tournament.

“I chose SFU because it allows me to pursue my dreams of playing softball in the NCAA, while still staying closing to my family,” says McMillan. “It’s also really cool to be able to represent Canada in the NCAA.” 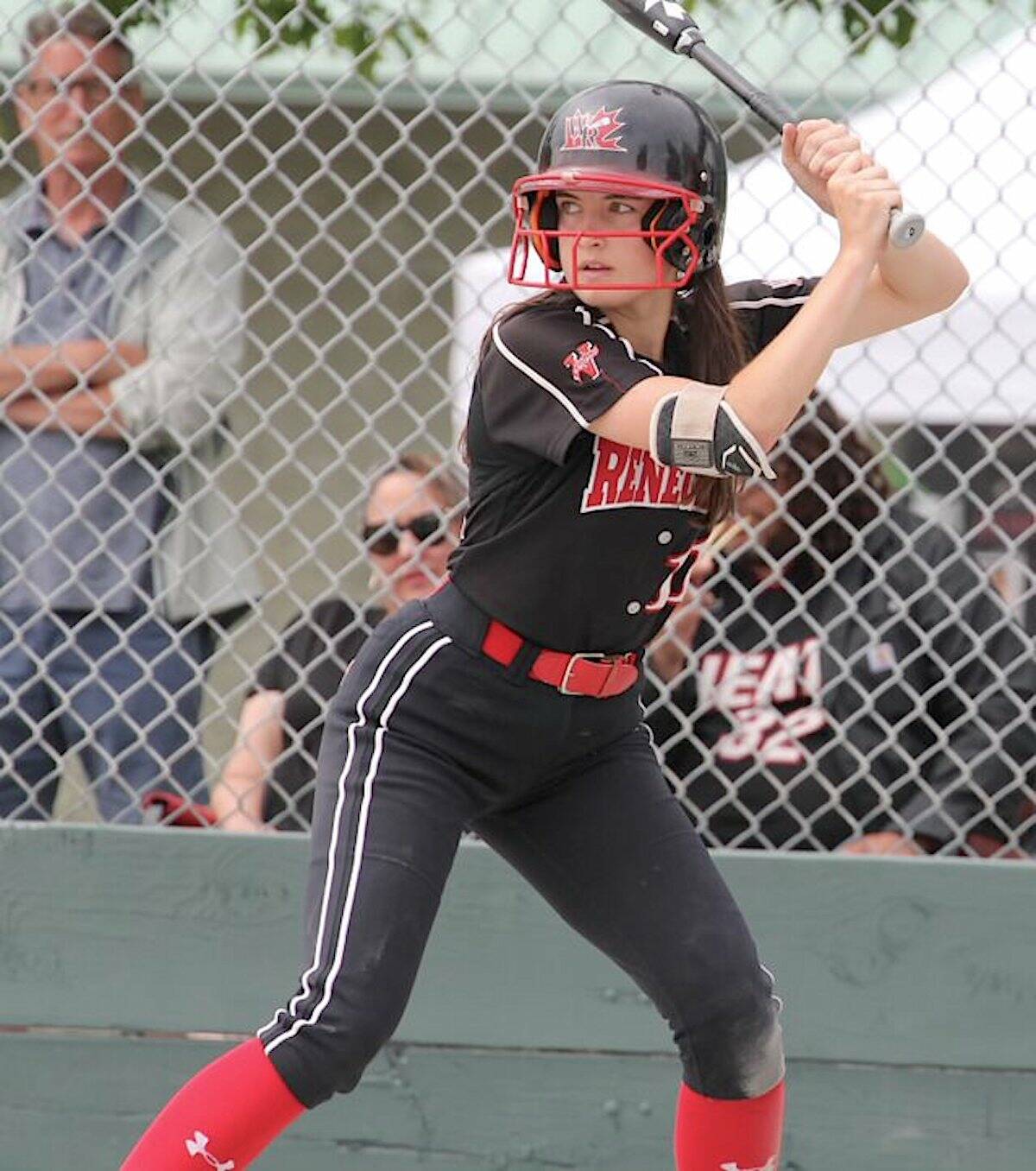 She was teammates with fellow recruit Sugrive on the Renegades.

Academically, McMillan has been recognized for her excellence in grades 9 through 11.

“Grace McMillan will be a great addition to the team,” said Andreana. “She will be quite a force in the infield as someone who possesses athleticism and softball sense, and is defensively smooth.”

McMillan’s online sportsrecruits.com profile described her as a 4.0 student at Brookswood Secondary School, a leadoff triple threat who hits left and plays shortstop for the White Rock Renegades, who plans to become a physiotherapist.

This year’s Red Leafs team will compete for the NCAA Division II title, starting in February. The school will host the Great Northwest Athletic Conference Championships in May at Beedie Field.

READ ALSO: A theft-plagued road trip to the U.S. for Langley fast-pitch team