Nick Del Bianco, a star player who helped to build the Langley-based Trinity Western University Spartans volleyball team into a dominant force, has been named to the Canada West Hall Of Fame.

Induction of the three-time Canadian Interuniversity Sport (CIS) All-Canadian and former CIS Player of the Year was announced Tuesday, Feb. 9, by Canada West, the university athletic conference that has 17 members from across B.C., Alberta, Saskatchewan and Manitoba.

Del Bianco told the Langley Advance Times that he was “extremely honoured.”

“I was humbled to be inducted into it because of how many amazing volleyball players I played with and against throughout my career at TWU,” Del Bianco commented.

“I am sure I will be seeing many of these teammates and competitors in the near future join the Hall of Fame.”

He went on to say that he dedicated his award to “my amazing family, teammates, coaches and support staff that unlocked my potential throughout my career. They kept me motivated, pushed me to be better, and supported me unconditionally through this part of my life. I credit my successes and this award to them.”

Del Bianco, a standout outside hitter from Surrey, was a key part of Trinity Western University cementing itself as a national volleyball powerhouse.

He remains tied for sixth all-time in Canada West conference aces with 123.

His most prolific season came in 2014-15 when he led the conference with 42. That season he was both the Canada West and CIS Player of the Year.

Del Bianco finished second in points per set with 4.88, while leading the conference in aces per set at 0.57 that season.

Spartans coach Ben Josephson described Del Bianco as “a humble superstar” and a “class act in every way.”

Del Bianco possessed a drive and determination that was second to none, showing dedication away from the court, in the weight room and the film room.

“So many athletes with talent lack desire and focus,” Josephson said, and it is the job of coaches to instill those traits. Del Bianco was already there.

“Nick is pretty wired to be the most focused player, maybe the best ever.”

After graduating from TWU, Del Bianco went on to play five years professionally in Germany, France, Switzerland, and India. He spent time internationally competing for Canada on the national B team, and has won three world beach volleyball championships.

Del Bianco is currently a health and human performance coach, co-founding the Athlete Wellness Academy in 2018. 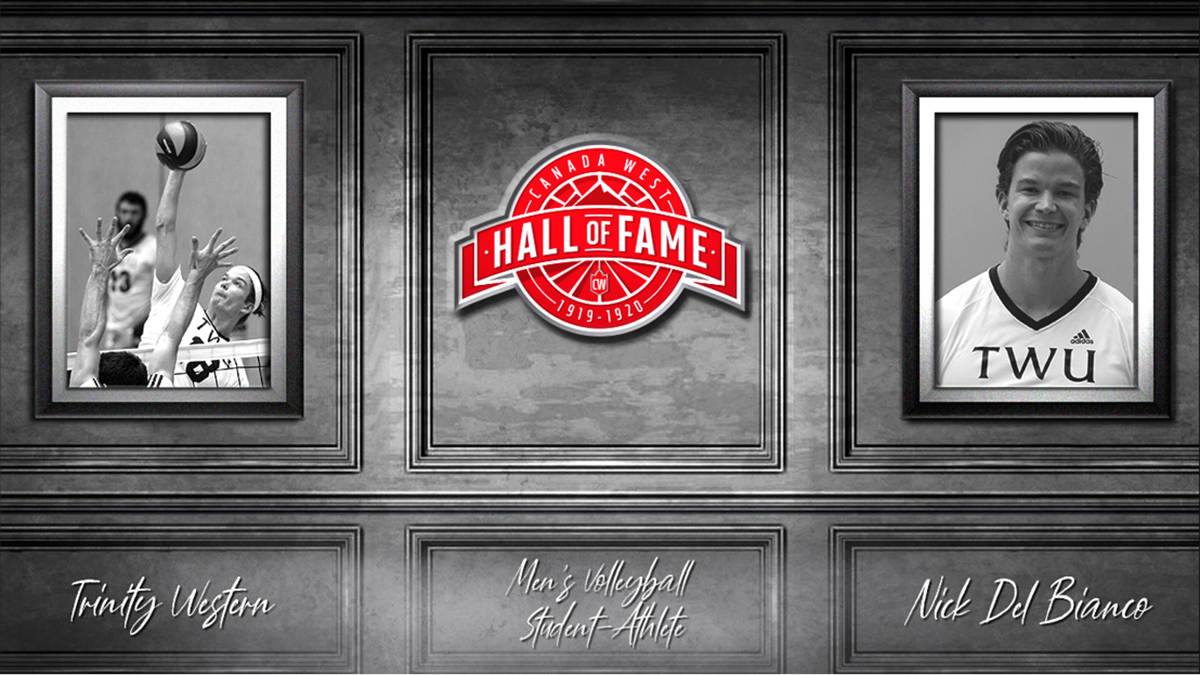