For the third time in the hockey club’s 18-year history, the Vancouver Giants finished first in the Western Conference standings.

The Vancouver Giants who wrapped it up 48-15-2-2, will now face the Seattle Thunderbirds in Round 1 of the championships.

That placement was confirmed Friday night, in front of a crowd of 4,560 at the Langley Events Centre, when the G-Men defeated the Kelowna Rockets by the score of 2-1.

Alex Kannok Leipert added his fifth goal in the second period for the Giants.

But these two teams are not quite done the regular season yet. They go head-to-head again Saturday night, this time in Kelowna.

VAN – At 3:36 of the second period Alex Kannok Leipert opened the scoring when his shot from the slot trickled just across the line through Kelowna goaltender Roman Basran. Brayden Watts drew the lone assist.

KEL – Back came the Rockets at 11:01 when Kyle Crosbie snuck a low shot between the legs of Giants starter Trent Miner. Crosbie’s seventh was unassisted.

VAN – With 3:10 to play the Giants capitalized on their lone power play chance of the game. Davis Koch’s cross-ice pass bounced off the leg of a Rockets defender and right to Dylan Plouffe in the right-wing circle.

Plouffe’s low shot snuck through a crowd and past Basran to send a jubilant LEC crowd into a frenzy, said Giants broadcaster Dan O’Connor.

Plouffe’s eighth of the season was assisted by both Koch and Bowen Byram, and stood as the game (and Western Conference) winner.

• Before the game the Giants announced their 2018-19 award winners. A full list of winners can be found HERE.

• The Vancouver Giants have faced the Seattle Thunderbirds just once in the post-season. It was during the 2006-’07 season and the Giants won the series in five games.

Fresh off clinching the top record in the Western Conference standings, the Vancouver Giants and Seattle Thunderbirds will meet in the WHL playoffs for the second time in 18 years. The complete schedule for the Giants-Thunderbirds first-round series is below, both teams battling it out in the best of seven games. 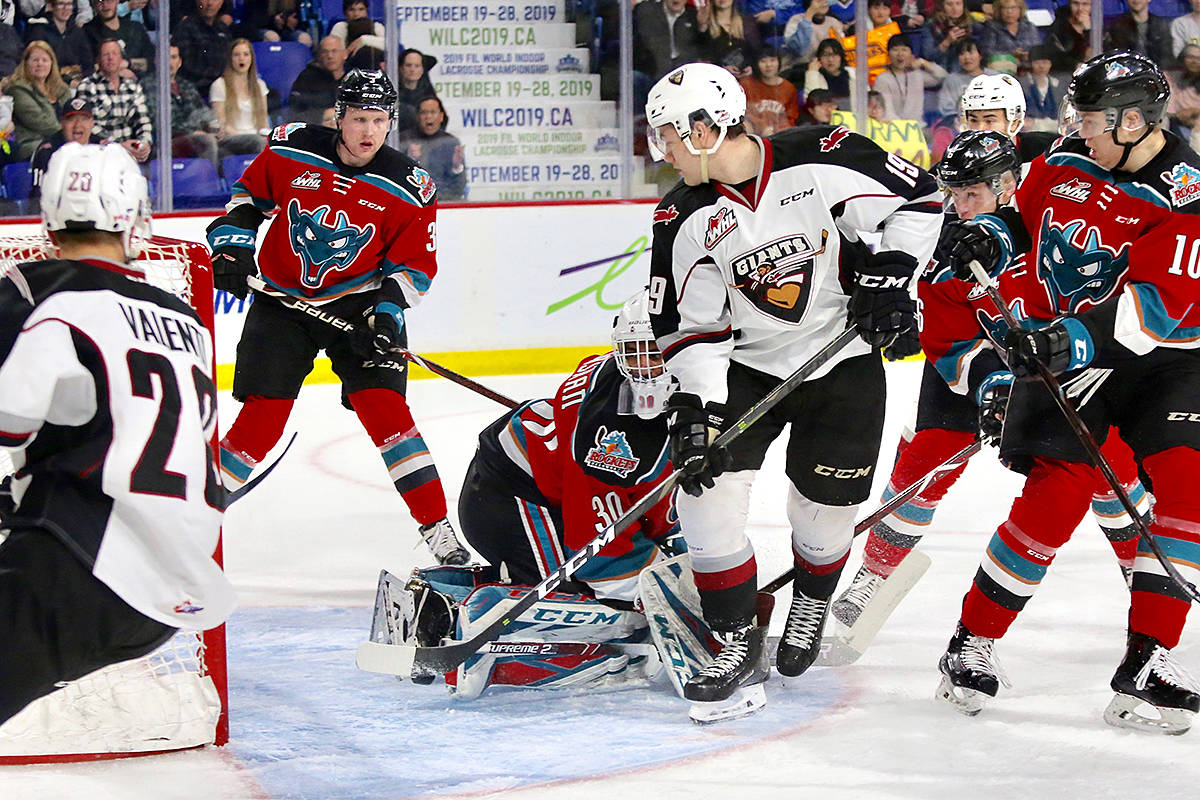 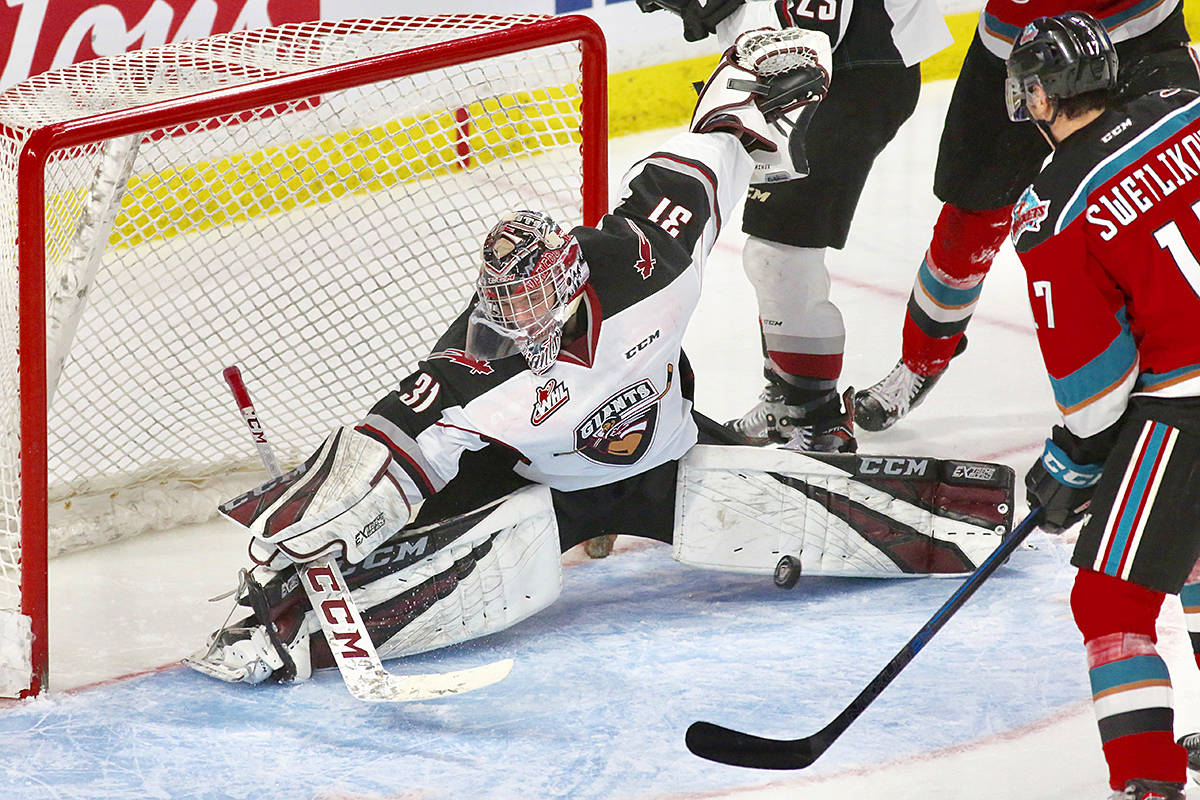 Vancouver netminder Trent Miner stopped 17 of the 18 shots on goal during the Giant’s second to last game of the regular season. (Rik Fedyck/Vancouver Giants)