For one day, the playing field at the Langley Rugby Club (LRC) was split into 14 much smaller arenas to accommodate smaller players.

About 300 took part in the Sunday, April 28, mini rugby jamboree for players aged four to 13, 80 of them from Langley.

There were also players from Bayside in Surrey, Abbotsford RFC and the Chuckanut Bay Rugby Club in Washington State.

Leah Corvec, mini rugby director at Langley Rugby club, said the mini version of the game is all about letting kids have fun and growing the sport.

“I love it because you see the development of the kids,” Corvec said.

“They go from being barely able to run forward, to running down the field and staying in bounds, to learning how to pass and work as a team.”

At the jamboree, kids played as many as three to four games an hour, with the young players getting short games that lasted 15 to 20 minutes.

Corvec said the sport is increasingly popular, with the Langley club doubling the size of its mini program size in four years.

Invented in England in 1970, mini rugby, also known as flag or touch rugby, uses a smaller ball and pitch than standard rugby, and has eight to ten players a side.

At the youngest levels, the game is non-contact, and open to both boys and girls.

Participants wear belts with flags attached by velcro and try to evade the clutches of their opponents.

If a player holding the ball loses a flag, they must pass stop and pass the ball to a teammate.

Older players are introduced to simplified rules of contact, emphasising safe technique on how to tackle and be tackled. 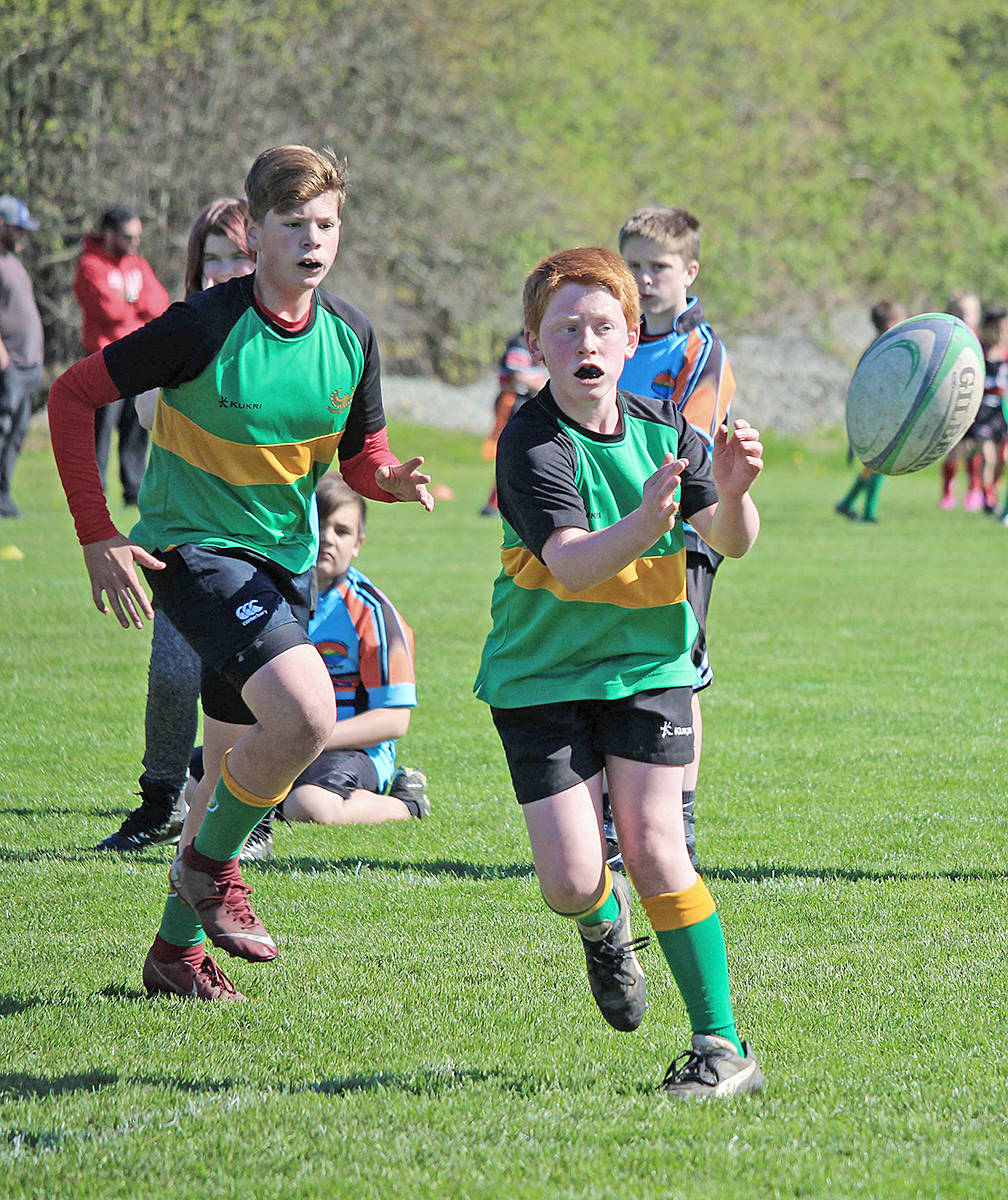 B.C. hockey icon said to be next Edmonton Oilers GM