Long-time Langley resident Ted Schroeder was wearing a Calgary Flames jersey and goaltending helmet when he went to get an autograph from retired Canucks goalie Kirk McLean at the Rogers Hometown Hockey tour in Langley City on Saturday.

When McLean raised an eyebrow, Schroeder produced his other helmet, the one with the Canucks logo.

“I want you to sign this one,” he said, and McLean obliged.

Schroeder is a former Calgary resident who roots for both the Flames and Canucks.

“If one of them makes it into the playoffs, that’s the one I’ll root for,” he said.

Victoria Kovecses of Langley was first in line with sons Nathan, 4 and Nicholas, 3, about two hours before McLean arrived.

She said she has been a Canucks fan “since I was a baby.”

Hockey fans of all ages packed the streets for the two-day event, which features a wide range of hockey activities, including a chance to get autographs and pose with the Stanley Cup trophy and watch an outdoor broadcast of an NHL game.

Langley City is the 15th stop on the tour, which started in October and will continue until the end of March.

Drivers Verdon Hussey and Marilyn Lush from AMJ Campbell Van Lines have been hauling the tour trailers across the country.

“Normally, we do residential moving,” said Hussey, as he and Lush filled bags of popcorn for hockey fans..

Lush said she has already seen most of Canada driving moving trucks, but not so many people.

“It’s meeting the people” that has been the high point for her, she said.

“All kinds of different types.”

It all started noon Saturday at Innes Corners Plaza and will conclude on Sunday evening following the Rogers Hometown Hockey outdoor viewing party.

Langley City will be featured on Rogers Hometown Hockey, the weekly Sunday broadcast available on Sportsnet, and available to stream on Sportsnet NOW and Rogers NHL LIVE.

Hosts Ron MacLean and Tara Slone are on site for the festivities, which includes meet-and-greet opportunities with NHL star Kirk McLean, live local entertainment, and the live Sportsnet NHL broadcast.

The evening broadcast kicks off with a special pre-game show hosted by MacLean and Slone live from the Sportsnet Mobile Studio beginning at 3:30 p.m., followed by a showdown between the Florida Panthers and the Vancouver Canucks, on Sportsnet, Sportsnet NOW and Rogers NHL LIVE.

Sportsnet Virtual Photo Booth and Interactive Games: Fans have the chance to get close to their favourite players through virtual technology. Fans can take photos with virtual images of NHL stars, and have the photo emailed directly to their device for social sharing and their chance to win great prizes.Hockey players of all ages will be able to show off their hockey skills and see how they match up to the NHL stars.

The Hockey Circus Show: Hockey acrobat Paz juggles everything from pucks to flaming hockey sticks while standing on top of a net.

Ram Haul of Fame: Features the Ram 1500 in a hockey-themed obstacle course that will test the skills of fans of all ages. Fans have the opportunity to enter the Breakaway Giveaway contest to win an all-new 2019 Ram 1500 for their family and $5,000 for their local minor hockey association.

Live music will be featured throughout the weekend including the Brookswood Country Band performing on Saturday followed by Jessica Barbour on Sunday.

Motorists are advised that 56 Avenue and the City-owned Glover Road parking lot will be open to access the Fraser Highway One Way.

Fraser Highway from 203 Street to 204 Street and sections of Glover Road will be closed from Thursday, January 10, beginning at 8 a.m. to Monday, January 14 until 4 a.m. for the event. Local businesses will be open.

Motorists should drive with caution and obey traffic control personnel, and use alternate routes for the duration of this road closure. 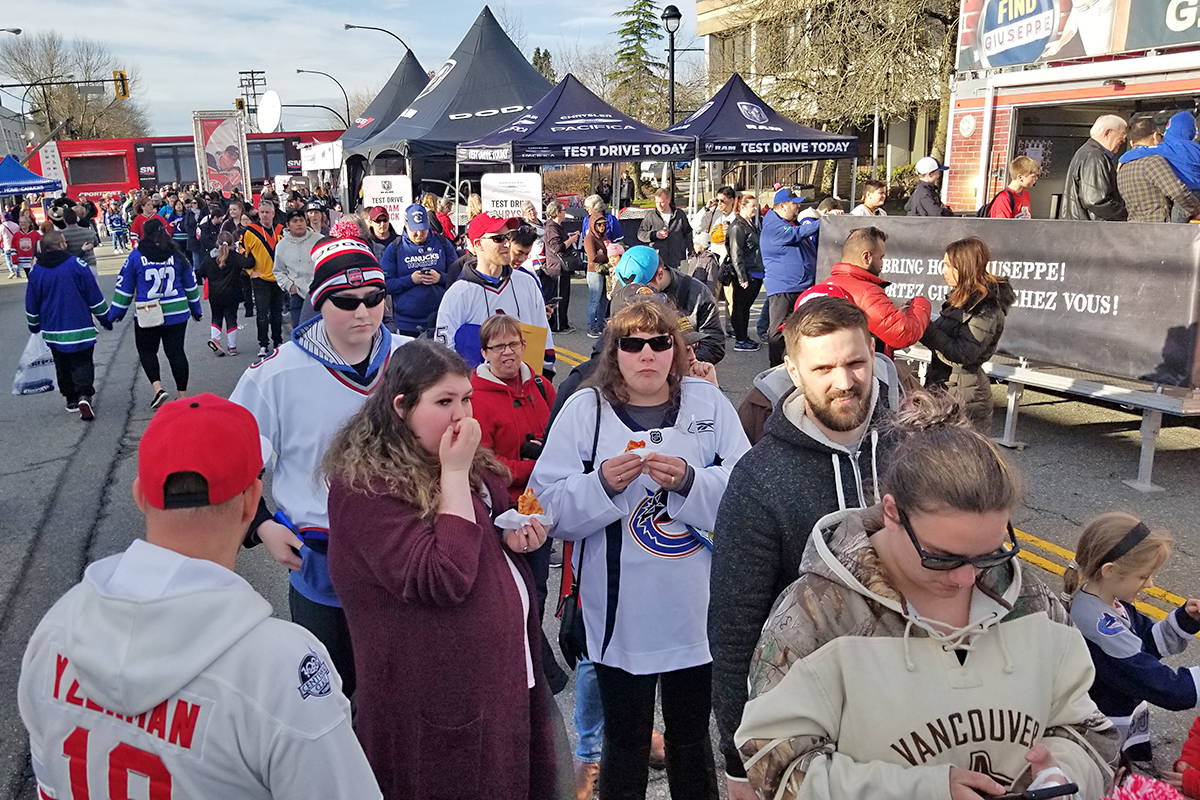 Lineups stretched down the street for autographs. Black Press photo 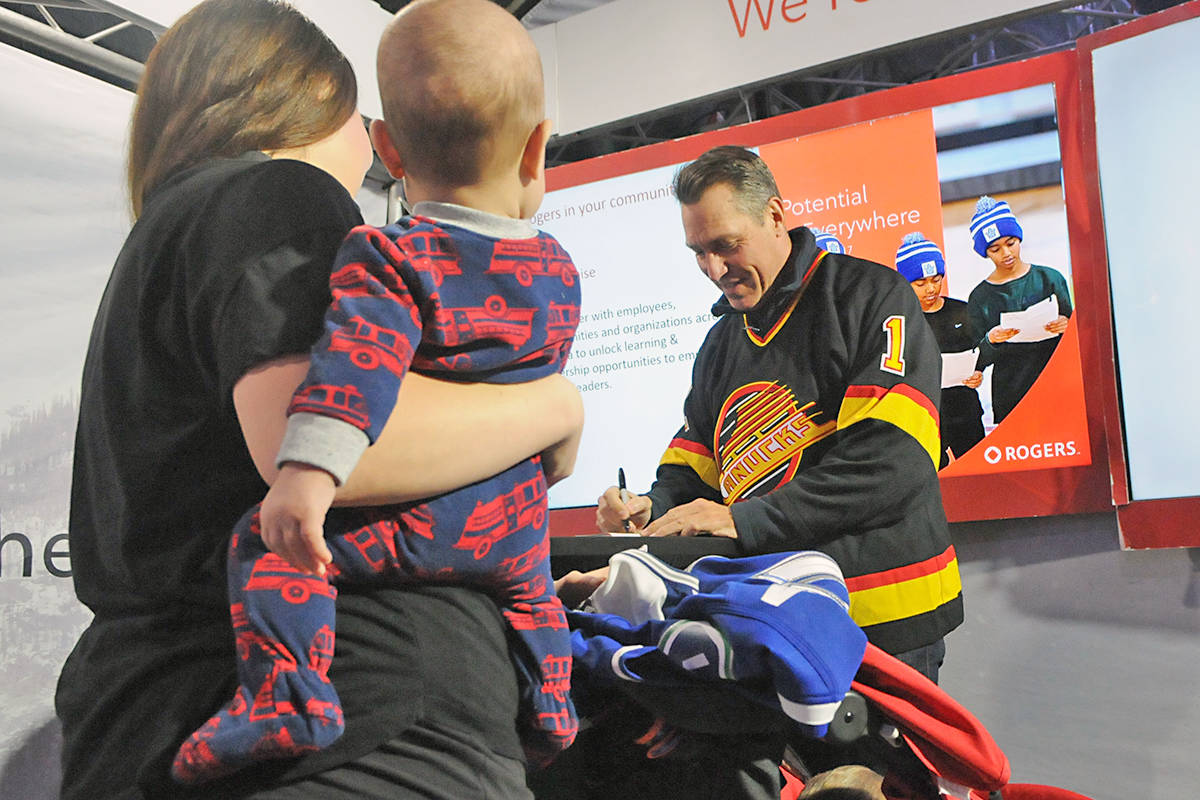 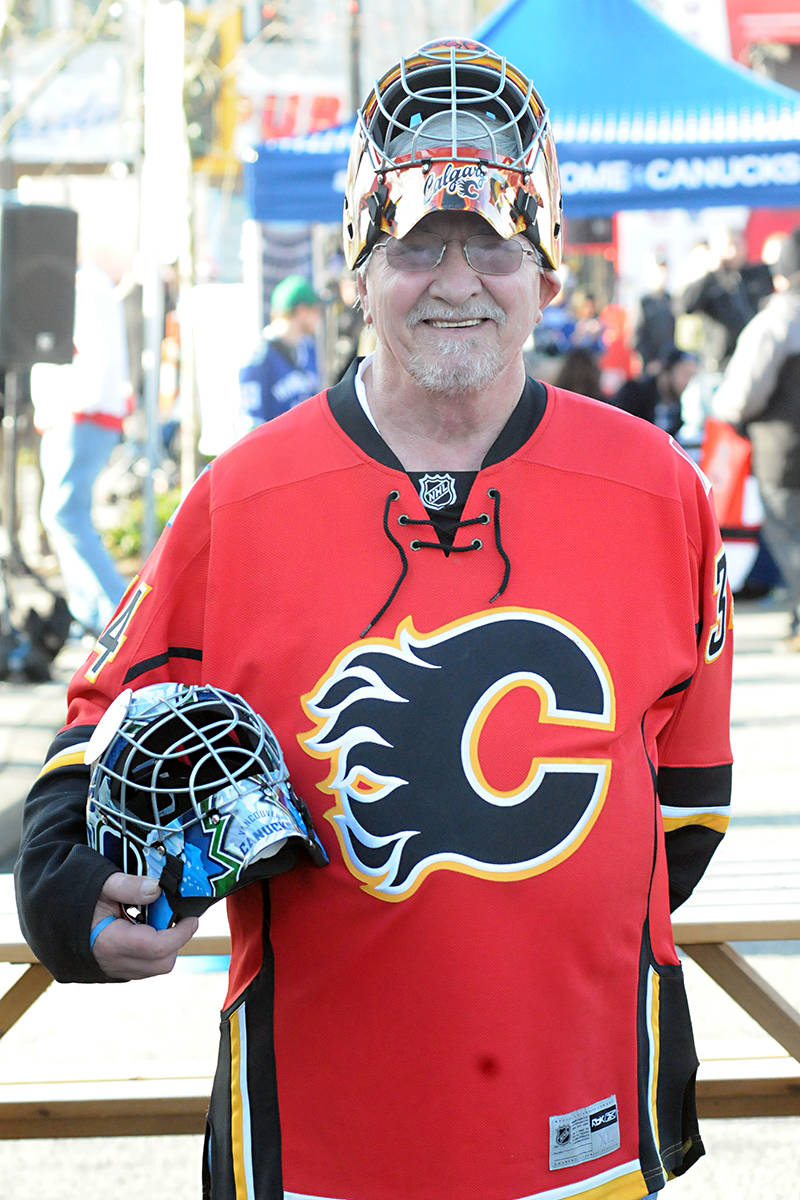 Ted Schroeder is a fan of both the Flames and Canucks. Black Press photo 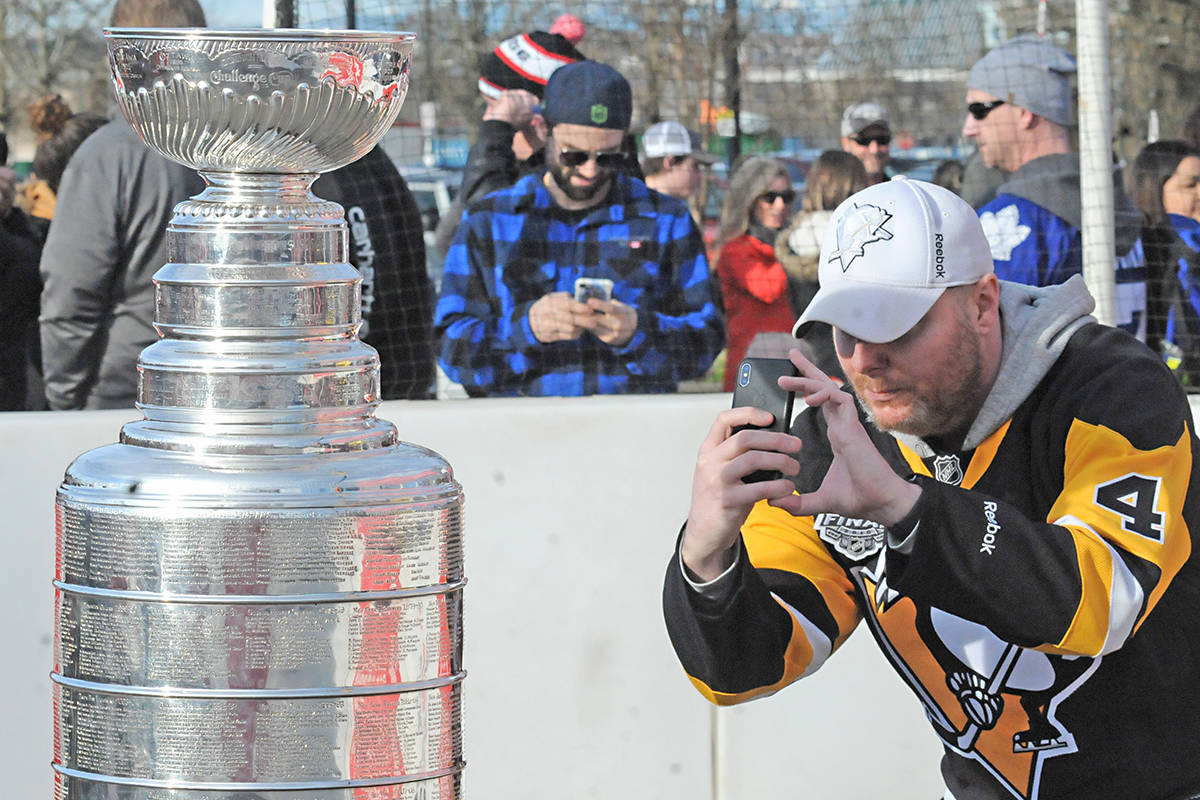 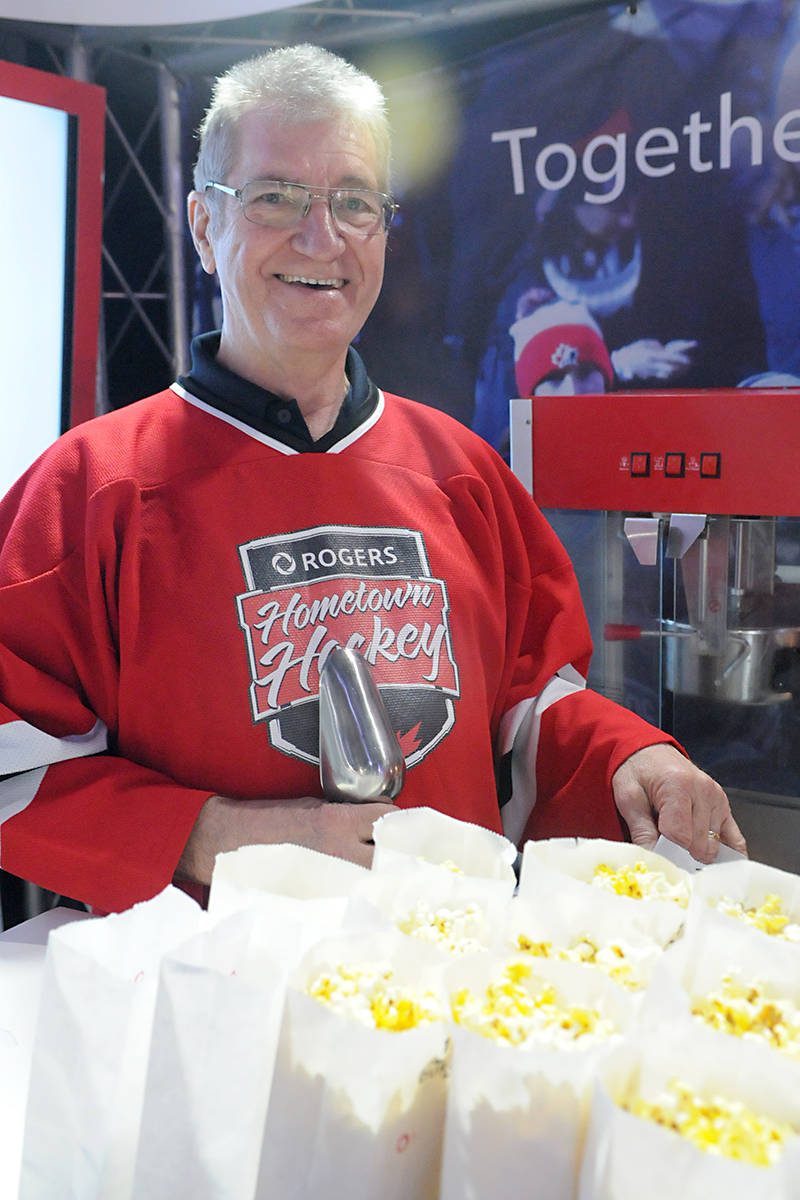