Team USA defeated the Czech Republic 6-2 on Saturday night at Langley Events Centre in the Lordco Auto Parts Road to the World Juniors.

Vancouver Canucks top prospect Quinn Hughes, last year’s first round pick, who was wearing the ‘C’ for the Americans, set up a pair of first period goals.

Hughes didn’t back down when challenged physically throughout the game and then dropped the gloves in the third period with the Czech Republic’s Jakob Lauko, earning a pair of minors and 10-minute misconduct to end his night prematurely.

The last hit in question also happened to be against his younger brother Jack Hughes, the top-ranked prospect for the 2019 NHL Entry Draft.

“Me and him were going at it the entire game and I saw him hit a couple of other guys a little dirty and I didn’t appreciate that too much,” Quinn Hughes told the media following the game.

Known more for his offensive prowess – the University of Michigan sophomore leads all NCAA defencemen in assists and is second in points this season – Hughes said as today showed, he’s not afraid to mix it up when necessary.

But his offensive game – his bread and butter – was on full display, especially in the first period.

Forty seconds in, he intercepted a pass in the Czech zone and fed a wide-open Oliver Wahlstrom, with the New York Islanders prospect burying the puck past goaltender Jakub Skarek. Less than three minutes later, the Hughes brothers teamed up to set up Wahlstrom again for the 2-0 lead.

Phil Kemp capped off a dominating period, making it 3-0 on a blast from the blue-line, as the U.S. finished with a 20-2 shots on goal advantage.

The Czech Republic had a couple of good chances to open the second while on a power play but shortly after the man-advantage expired, Jakub Lauko was able to slip the puck past American goaltender Kyle Keyser.

The U.S. would restore the three-goal advantage courtesy of a power—play marker from Ottawa Senators prospect Josh Norris and then in the final seconds of the period, Sasha Chmelevski was in all alone and made a great deke for the 5-1 lead.

The final period saw each team score once. Carolina Hurricanes prospect Filip Zadina cut the deficit to 5-2 on a power play before Ty Emberson scored short-handed for the 6-2 final score.

Shots on goal were 44-21 for the United States.

“We kind of clogged up the neutral zone and we played good defensive hockey,” Quinn Hughes said, especially about the first period when their opponent managed just a pair of shots on goal. “And I thought we were resilient. We had a great start and then cooled off in the second period but in the third, I thought we were really good.”

The Americans also had the bulk of the 4,000 fans at Langley Events Centre on their side which helped create a considerable buzz in the building, something he noticed.

“It was fun having the crowd behind you. It makes me more excited about my position (with the Canucks) here,” he said. 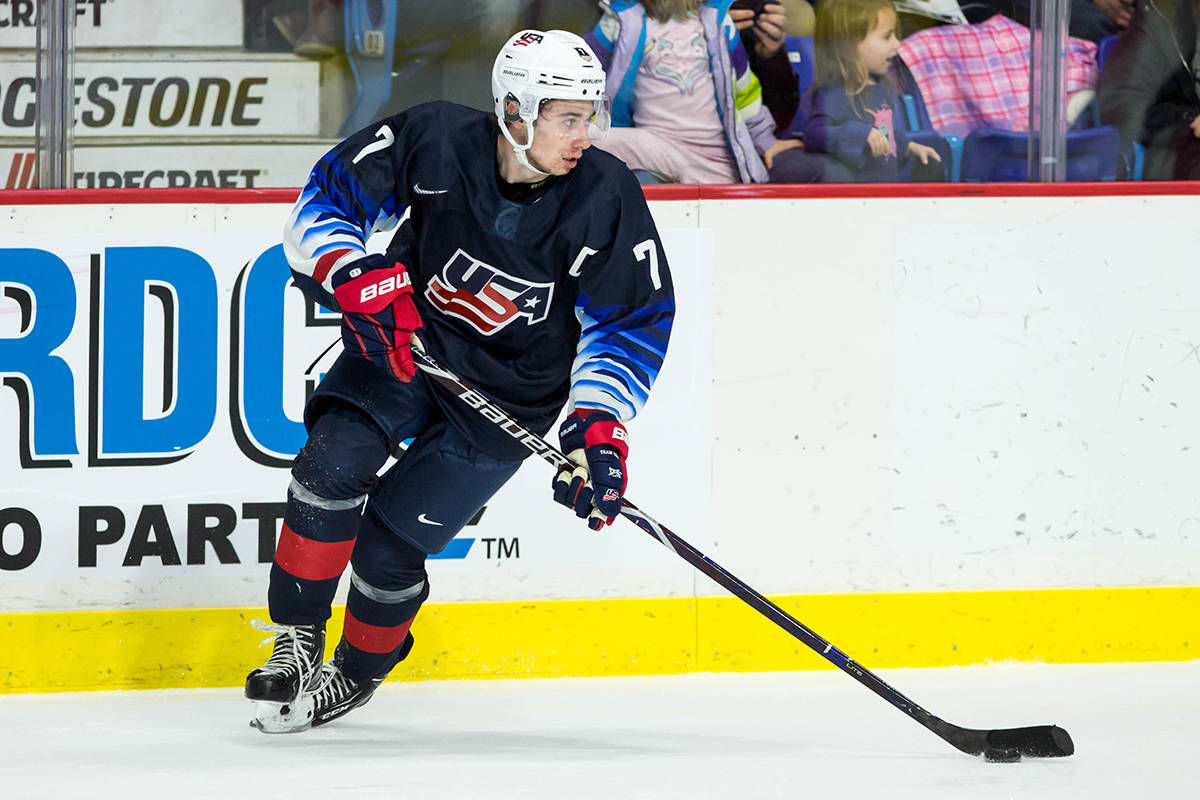 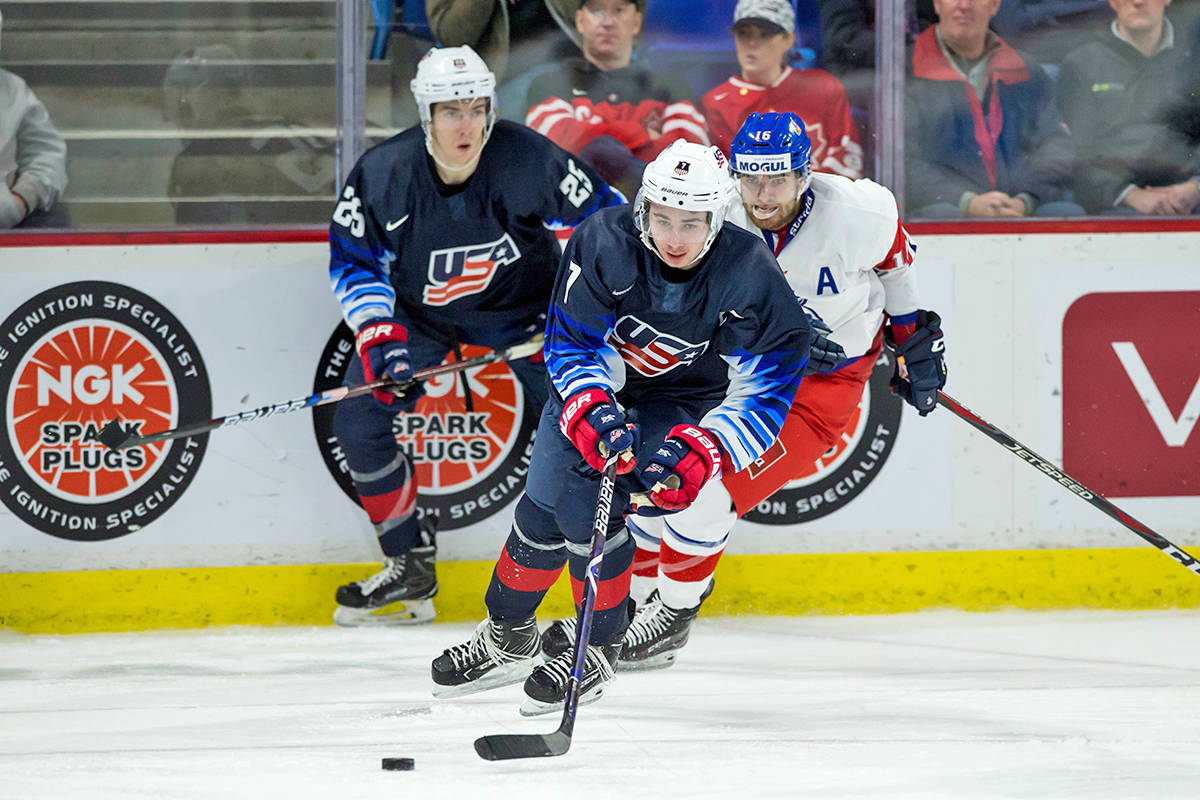 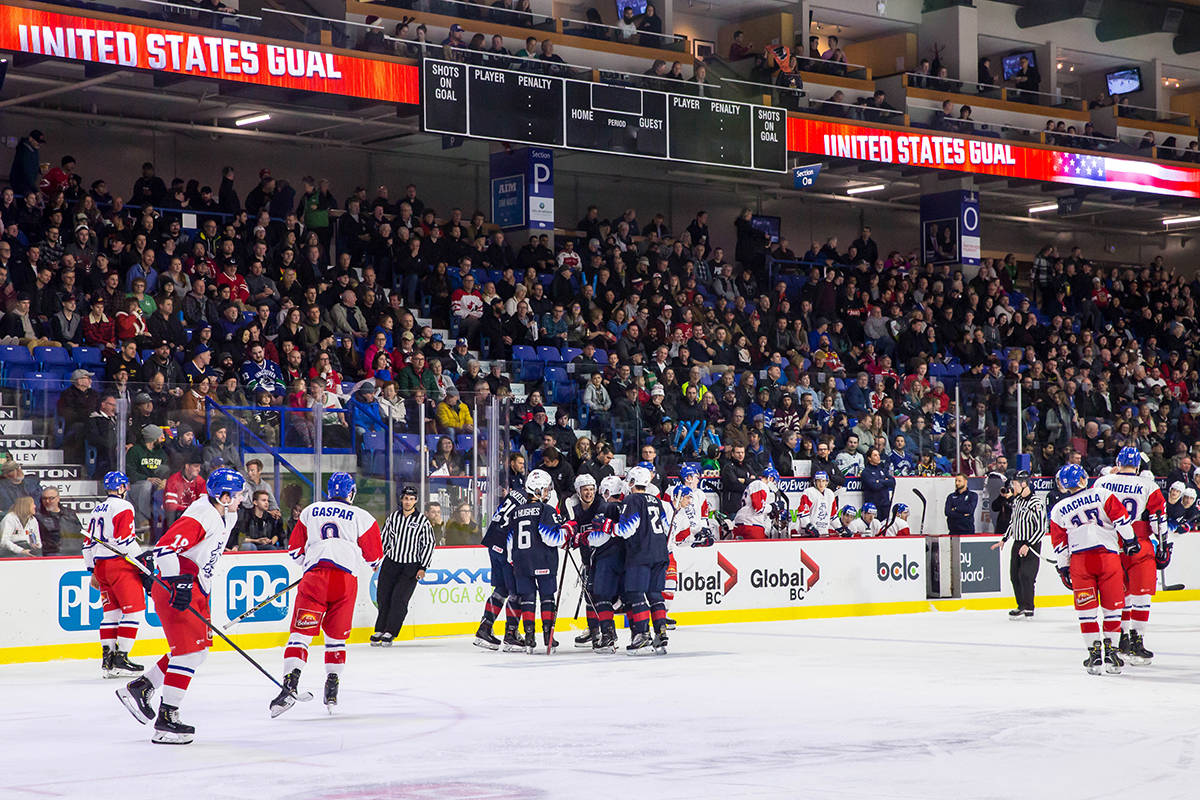