The day before the public skate with the Langley Rivermen at the George Preston arena, 13-year-old Allen Descoteaux’s mom picked him up an oversized team jersey, with plenty of room for signatures.

At the end of the Sunday (Dec. 22) game, the Murrayville teen, along with dozens of other fans, took to the ice for an opportunity to skate and chat with members of the team and, in many cases, collect autographs.

By the time he came off the ice, Allen’s jersey was covered with signatures.

“I think the whole team,” he said.

Another young fan, Amelia Addy, six, from Cloverdale, positioned herself by the bench, where players gifted her with signatures and a hockey puck from the game.

She was a little shy, but nodded when she was asked if she’d been able to get all the autographs she wanted.

On the ice, two-year-old Rayna Tones from Pitt Meadows had a chance to skate with Rivermen forward Kalen Szeto, who helped her hang on to an early skater training aid.

“She loves it out there,” Rayna’s dad commented, as he set about arranging a group photo with family and skaters.

Sunday skates have been a tradition at Langley Rivermen games ever since the team was formed, business manager Mandy Henderson explained.

“It was a way to give back,” Henderson told the Langley Advance Times.

Since the Rivermen started Sunday skates, other teams have begun holding their own versions, she added.

More photos of the Langley team public skate can be viewed online. 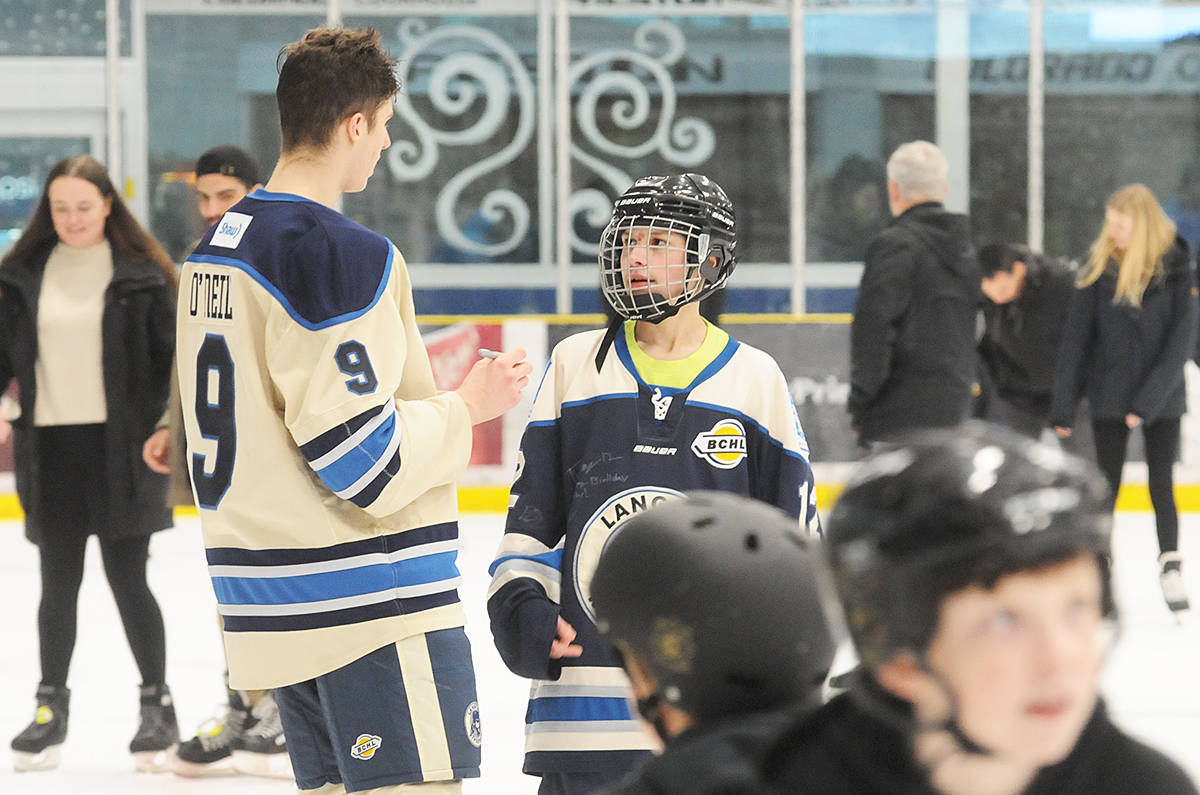 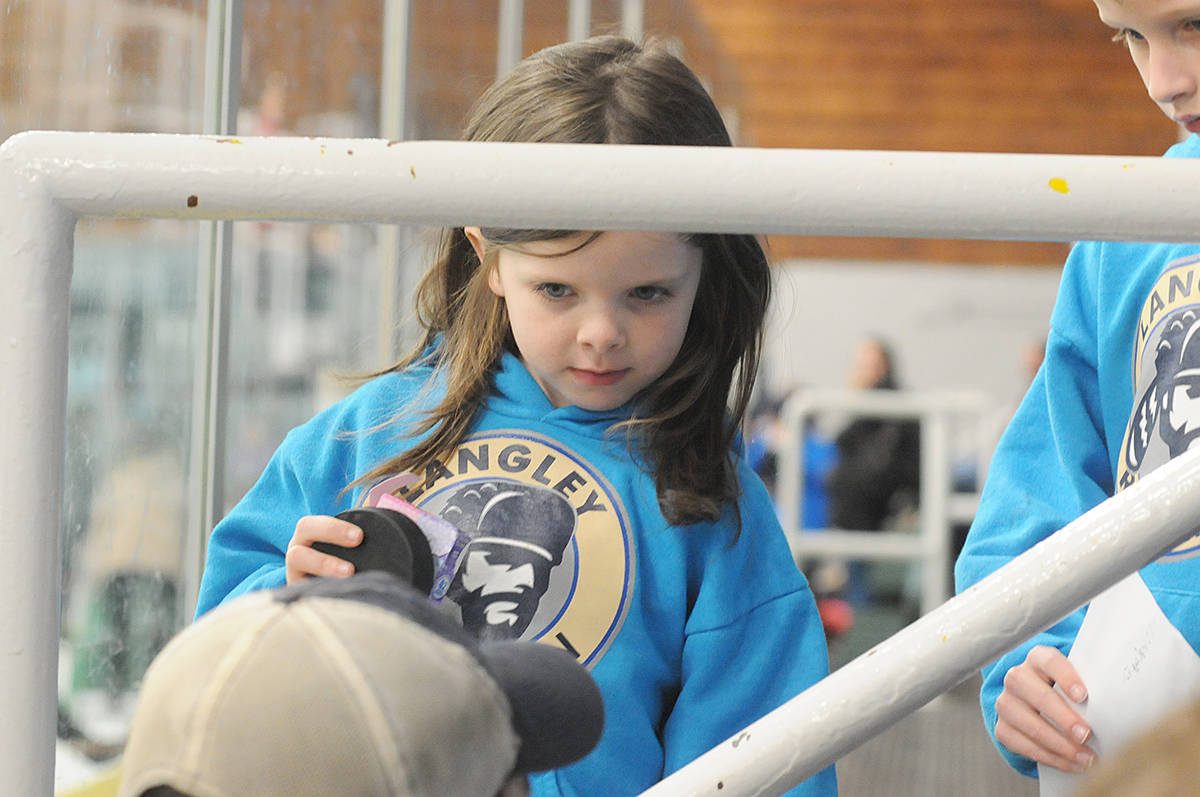 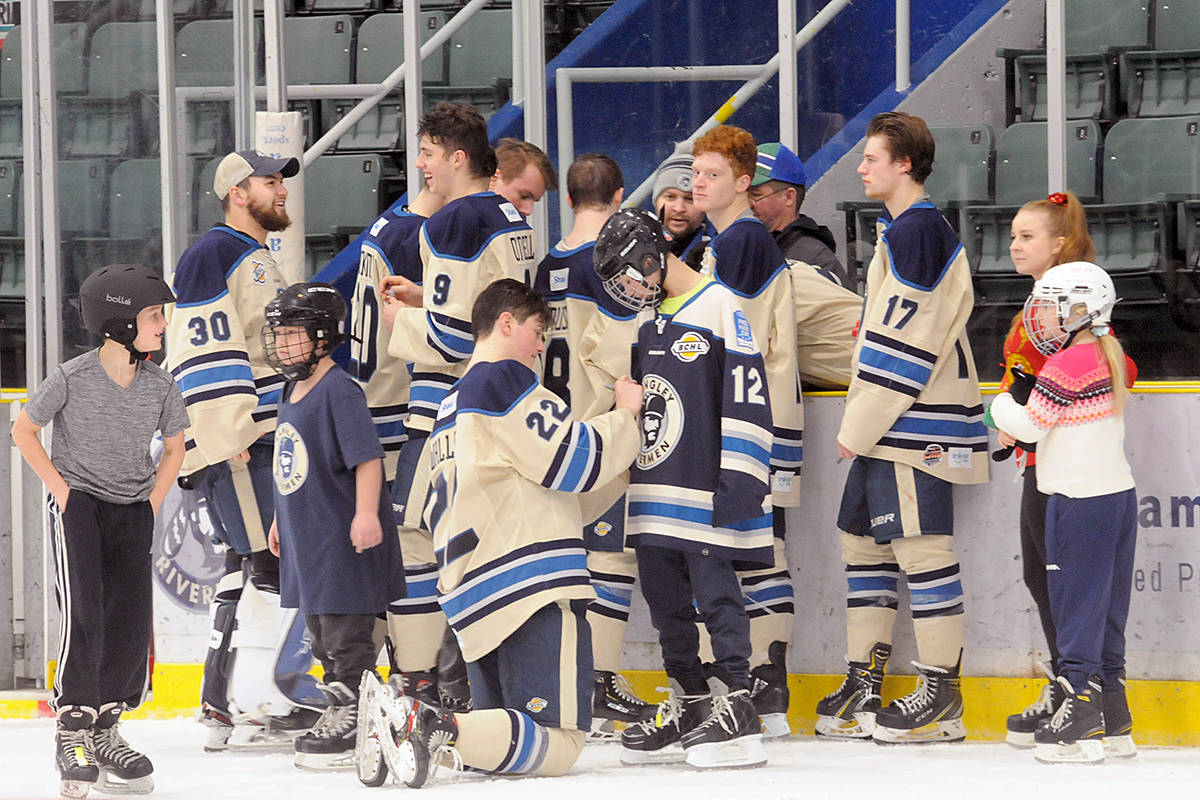 Dozens of fans took to the ice at George Preston arena Sunday (Dec. 22) for the traditional post-game skate with the Langley Rivermen (Dan Ferguson/Langley Advance Times)

VIDEO: A Langley win at start of Angels On Ice tournament