The 2022 Major League Show Jumping (MLSJ) tour kicked off Friday, May 27, at Thunderbird Show Park in Langley, the first of ten stops on the five-star jumping series that spans North America.

This year, there is $8.5 million in prizes and a championship title on the line.

Friday, athletes braved the rain to jump for significant prize money and coveted qualification for the weekend’s biggest classes.

“I haven’t really actually ran him that fast before, and he was getting more careful and more quality, so it looks like he’s going to be able to win for me more than once, thankfully,” Swail remarked on the nine-year-old Belgian Warmblood stallion. 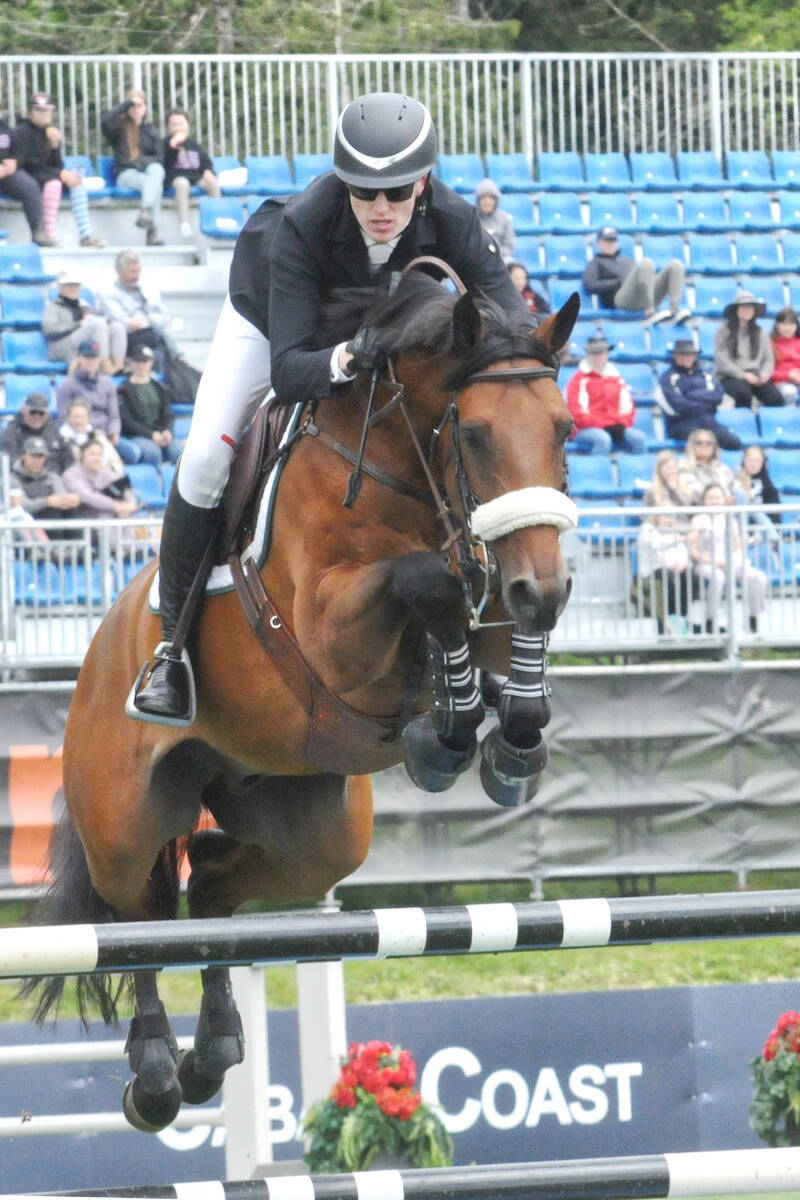 Spectators watched the action May 29 at Thunderbird Show Park in Langley. For the first time in its history, tbird will host two consecutive weeks of five-star show jumping. (Dan Ferguson/Langley Advance Times)

It came down to Helios and Spy Coast Spies, with Jordan Coyle and Picador winning the gold for Helios, only to be eliminated post-competition after a small amount of blood was spotted on Picador’s side by the FEI ground jury.

”Unfortunately, when Jordan Coyle came out of the ring, his horse had a small nick. The FEI rules are in place to protect the welfare of the horse. The [ground jury’s] decision was made with a lot of thought, and they took their time on it,” said Major League Show Jumping co-founder Keean White. “The horses always come first and we all play on a level playing field. We all know that’s the rule and when it happens, it happens. It doesn’t happen often.”

Daniel Coyle made it a double in $37,000 Grand Prix CSI2 at the Fort Grand Prix Arena.

“We’ve had a good week. He’s jumped in two classes and he’s won both,” Swail said. “He’s very fast, and when you go faster, he goes higher. I get a great feeling, I must say. I’m very excited about him.” 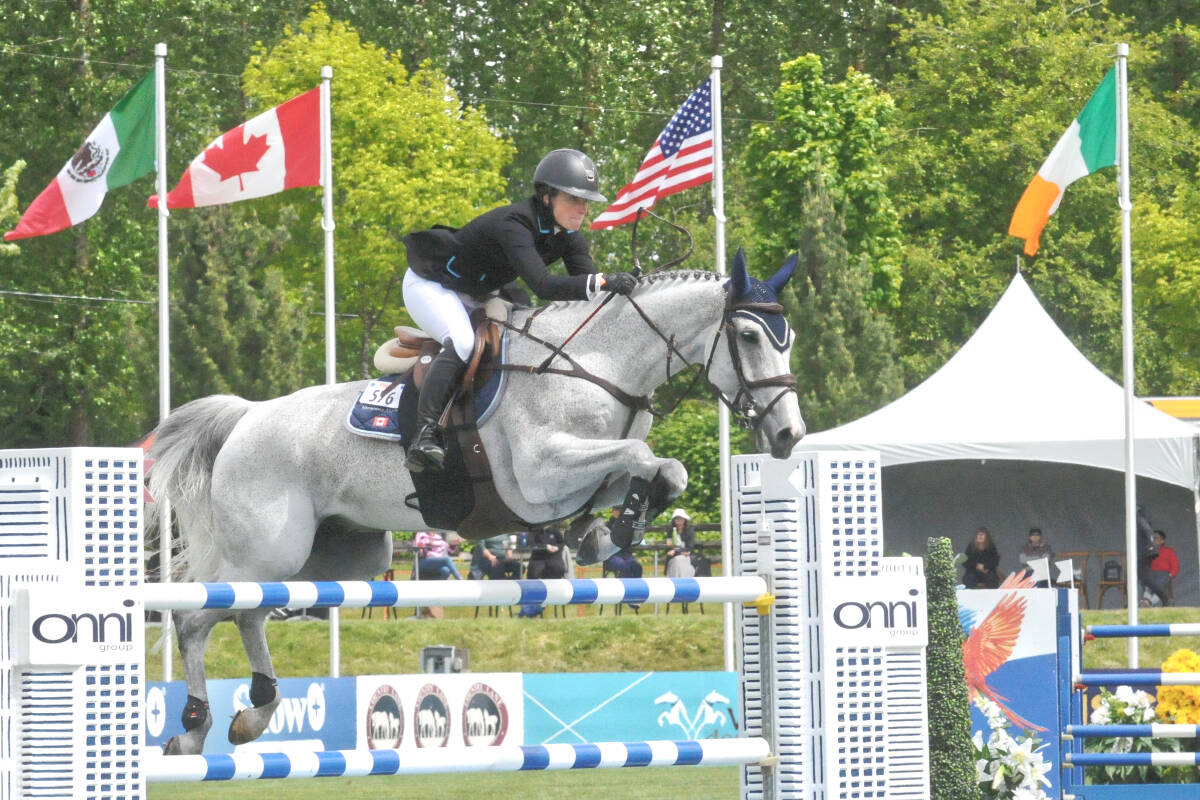 Canada’s Vanessa Mannix cleared a jump at tbird on Sunday, May 29. For the first time in its history, tbird will host two consecutive weeks of five-star international show jumping. (Dan Ferguson/Langley Advance Times)

Coyle and Elan Farm’s Ariso ran away with the opening five-star grand prix of the 2022 Major League Show Jumping season, crossing the finish timers in 45.89 seconds, nearly a full second faster than their nearest competitor.

“I just felt like if if I could go as fast as [Ariso] can go, it would be pretty hard for everyone else to catch me, and lucky enough, it all worked out,” he said.

More pictures can be viewed on the Langley Advance Times Facebook page.

For the first time in its history, tbird will host two consecutive weeks of five-star show jumping.