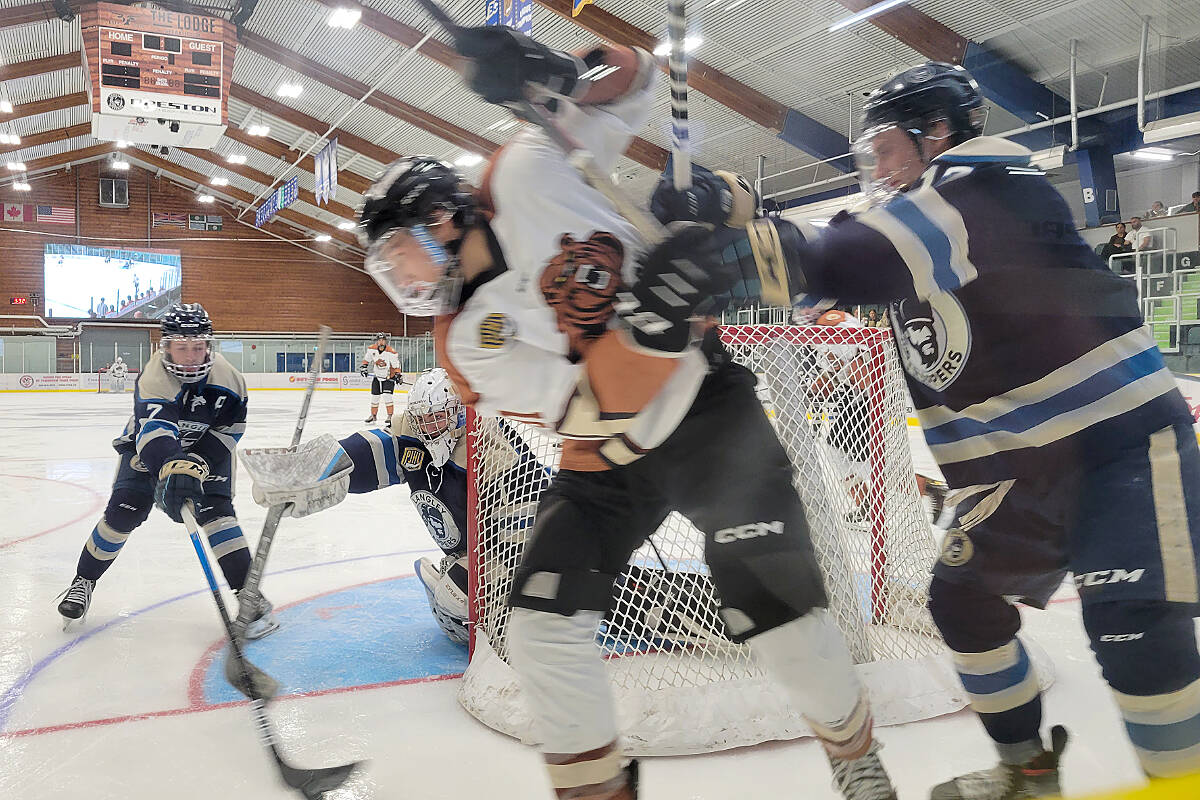 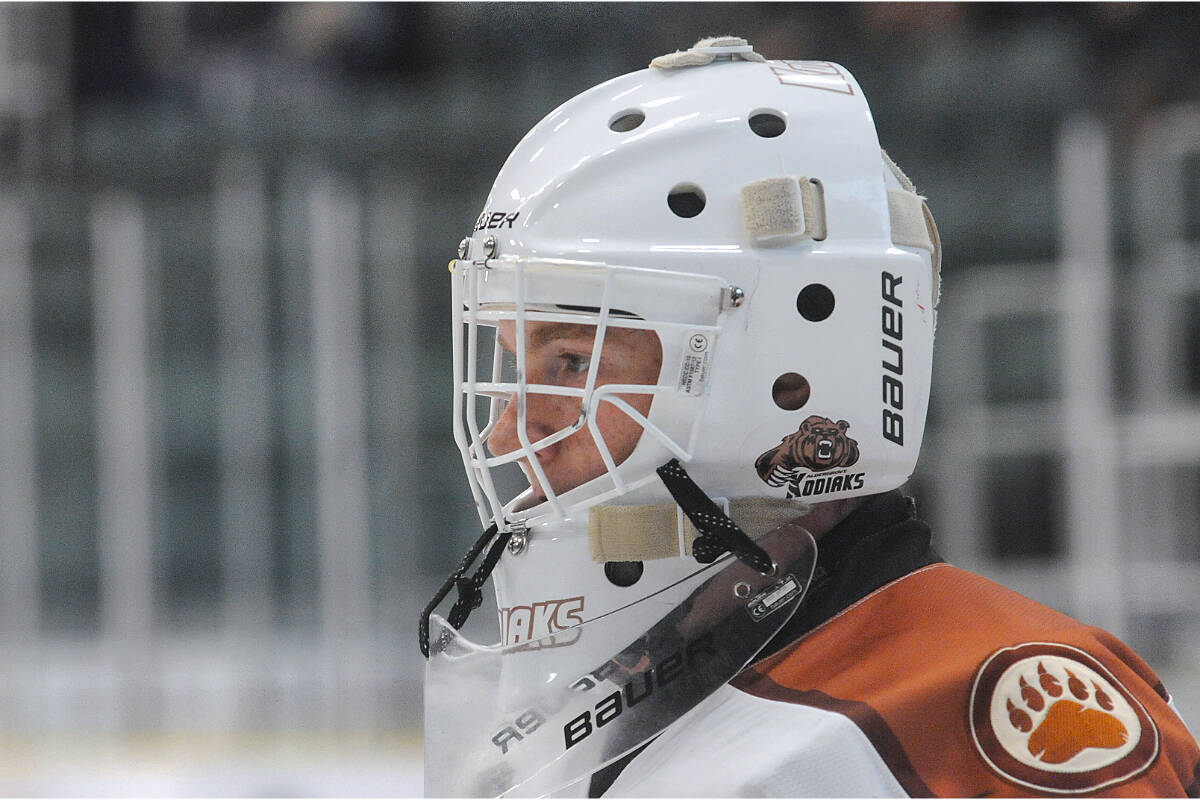 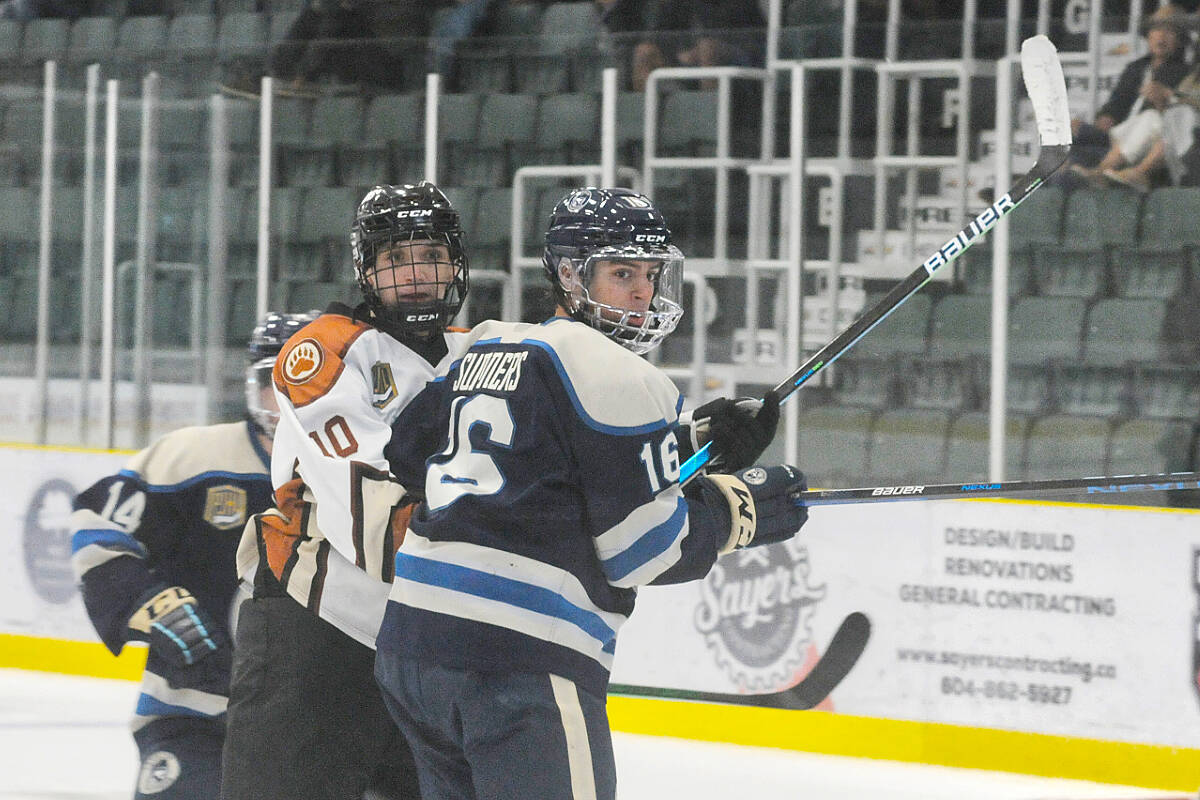 After a scoreless first period, Trappers scored four times in just under 10 minutes to take the lead, and never looked back.

Dylan Wormald, with an assist from Cody Bathgate and Patrick Coopman, opened the scoring for Langley at 2:38 of the second period, with Hayden Yahn scoring at 3:22 with Jacob Zaurrini and Brock Mierzejewski helping. Then, Brock Mierzejewski scored at 10:04, assisted by Hayden Yahn and Dylan Wormald, and Cody Bathgate notched an unassisted goal at 11:43. 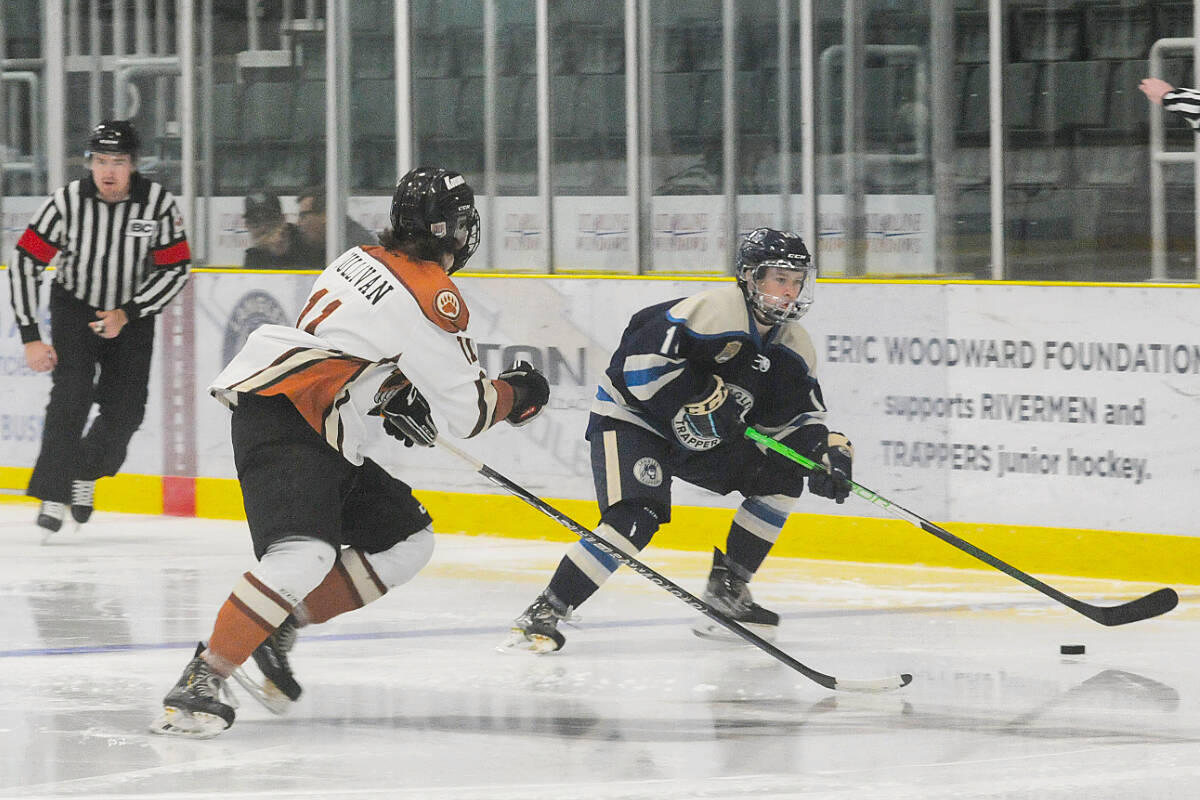 Langley netminder Dylan Black had the shutout, while Aldergrove’s Allen Gillis had a busy night, with Trappers outshooting the Kodiaks 44 to 19.

All three stars of the game were Langley players — Mierzejewski, Zaurrini and Black.

Going into the game, new Kodiaks coach Ron Johnson described the team of mostly rookies as a “work in progress” that was beginning to come together, while Trappers head coach and GM Brad Bakken said only 12 of 25 players on the Trappers roster last year had returned.

Last season, the Kodiaks were edged out of the Harold Brittain Conference division playoffs, while Trappers won the Stonehouse Cup, and went on to take gold in the provincial junior “B”championships.

They will meet again in November, when the Kodiaks will host the Trappers on Sunday Nov. 9 at the Aldergrove Credit Union Community Centre arena, 27032 Fraser Hwy, at 7:15 p.m.

CEO Scott Smith out at Hockey Canada, board of directors resigns