Make it nine periods and counting for Trent Miner without surrendering a goal against for the Langley-based Vancouver Giants.

Monday night, in Kamloops, Miner turned aside all 30 shots he faced to secure his third straight shutout as the Vancouver Giants defeated the Kamloops Blazers 4-0.

At 10:14 into the game, 2021 NHL draft hopeful Zack Ostapchuk forced a turnover at the Kamloops blueline, raced wide on the Kamloops defender on the right-wing and wired a low shot through the legs of Dylan Garand to stake the G-Men to a 1-0 lead.

In the second period, Justin Sourdif recorded his 50th career WHL goal off a turnover near the Kamloops goal. Rookie defenceman Nicco Camazzola pushed a puck free to Sourdif in the slot, and from there, the Florida Panthers draft pick did the rest, tucking a backhand deke home to give Vancouver a 2-0 lead.

Sourdif said he didn’t realize it was number 50 until after the game.

“It was awesome,” Sourdif remarked.

Only needs one hand for it too 👀 pic.twitter.com/1YtJqvaJDu

With 1:55 left in the period, Justin Lies pounced on a loose puck off a Kadyn Chabot faceoff victory and he wired home a high shot from the slot to make it a 3-0 lead for the Giants.

Adam Hall knocked home the game’s final goal off a redirect in front of the Kamloops net. Sourdif and Tristen Nielsen both earned assists on Hall’s fourth goal of the season.

The other was Ryan Kubic who accomplished that feat in 2015 from November 28 through December 4th.

“The score didn’t reflect how close the game was,” Miner said.

“We battled right to the end. Our team was rock solid all the way through.”

“I think we did a really good job of trying to slow them down,” McCambridge remarked.

“From top to bottom I thought our group was real strong. ”

McCambridge credited Miner for being a “calming prescence” for his temmates, who have “confidence that if a breakdown does place, he’s there to make that save.”

Sourdif, who posted a goal and an assist, said there were no “weak links” on the team that evening, and that’s why they won.

“We played our best hockey, and that’s what it’s going to take to beat Kamloops,” Sourdif commented.

Next Giants game goes Wednesday evening at 7:05 PM against the Victoria Royals in Kelowna, followed by a Saturday, April 10 game against Prince George and on Monday, April 12, Giants will play Prince George. 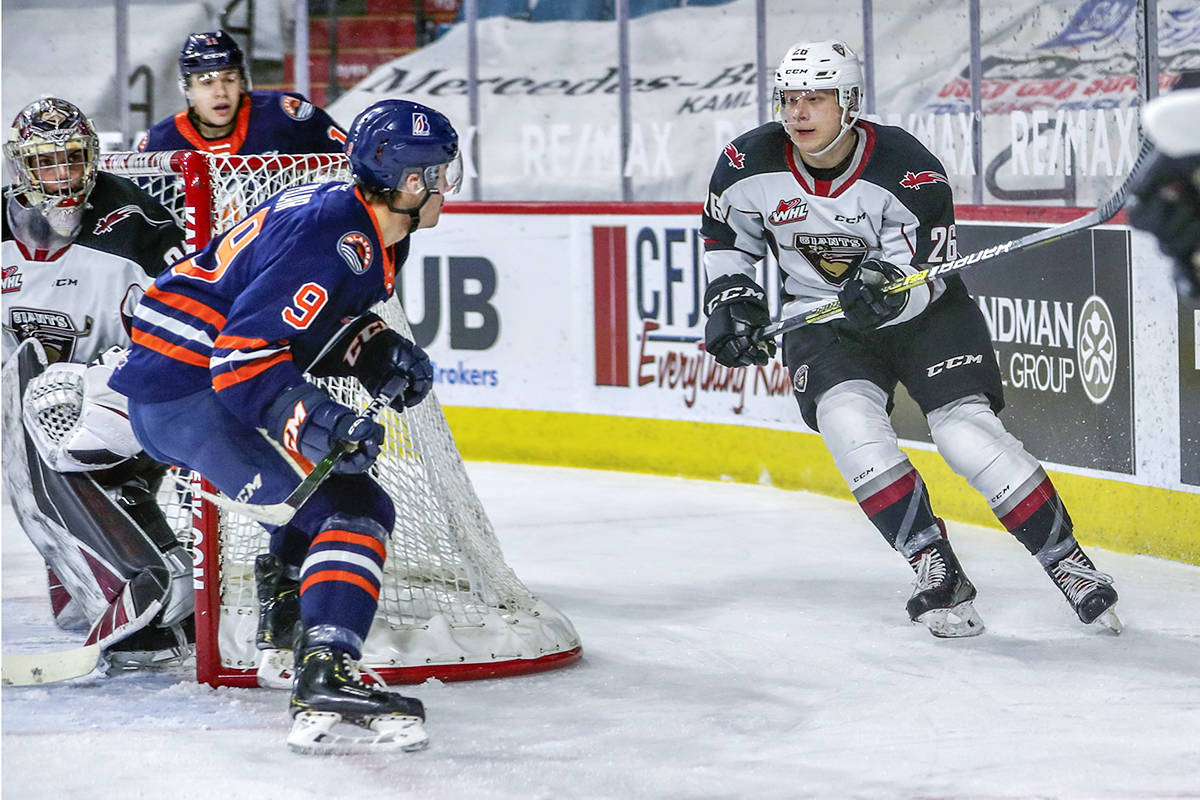 Trent Miner turned aside all 30 shots he faced to secure his third straight shutout as the Vancouver Giants defeated the Kamloops Blazers 4-0 Monday, April 5 (Allen Douglas/Special to Langley Advance Times) 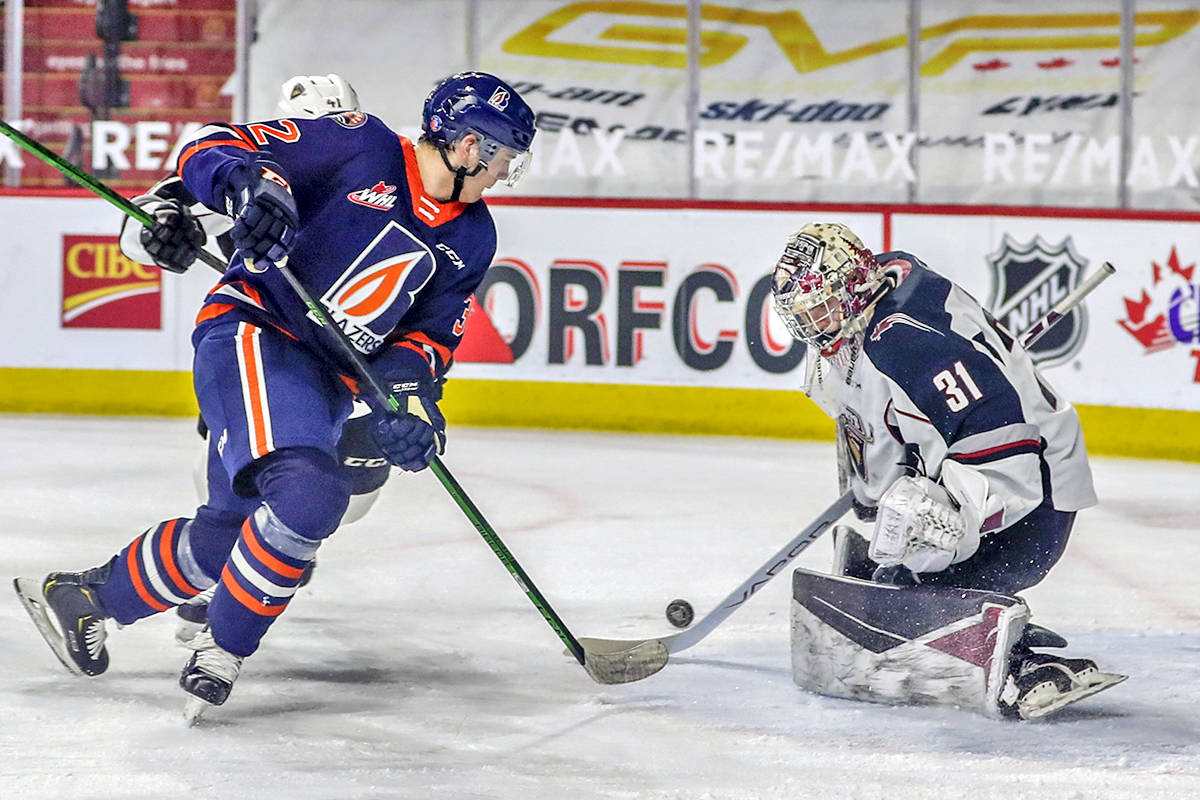 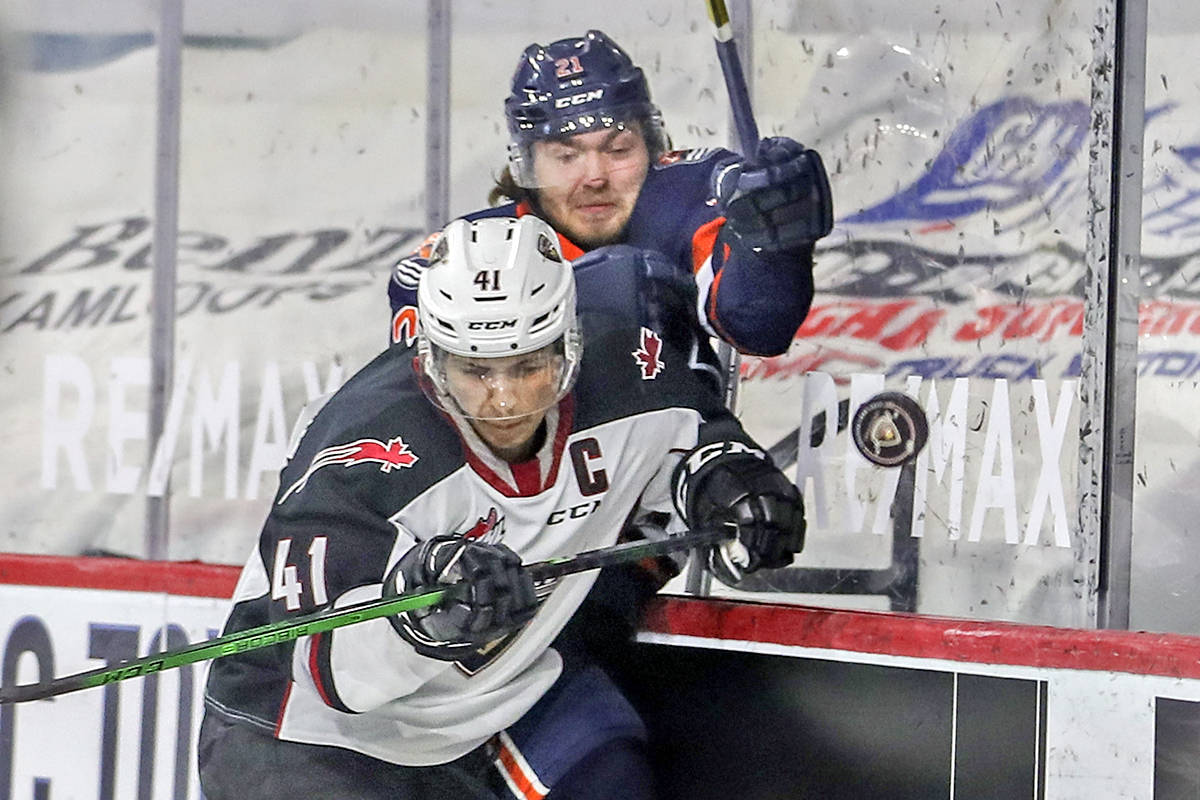 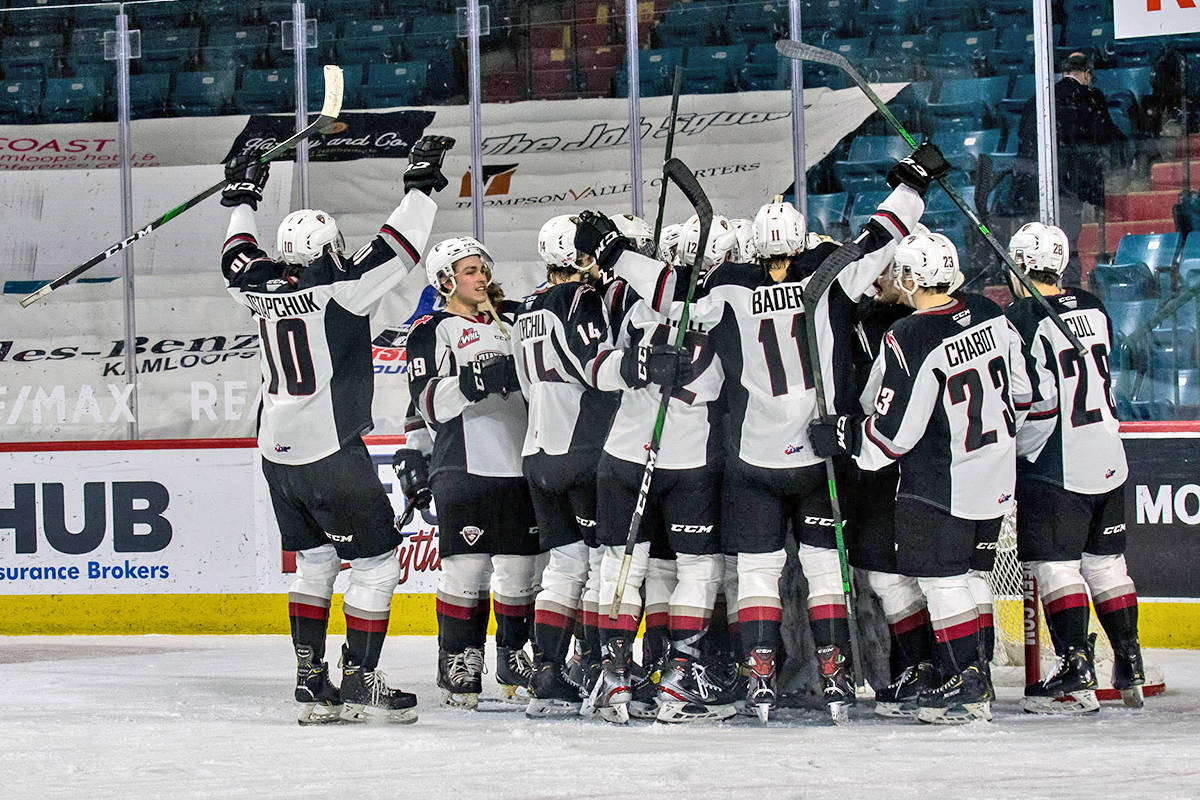 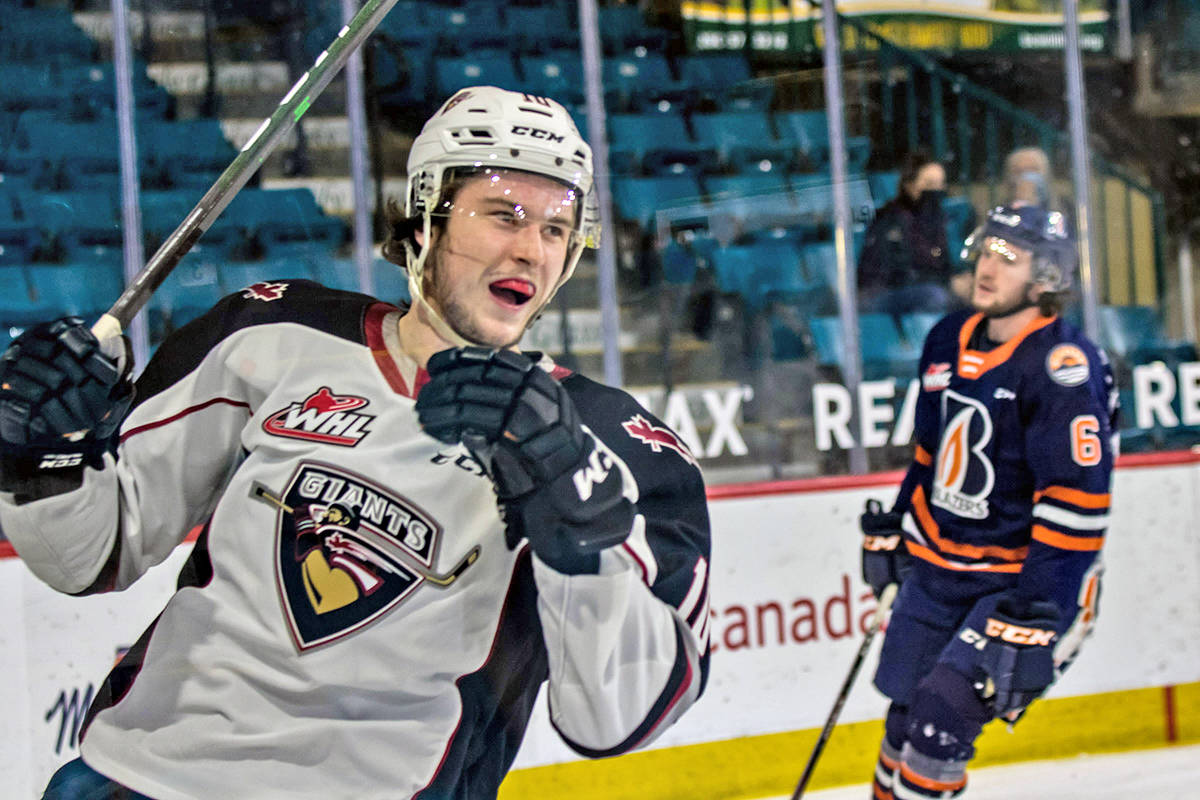 Zack Ostapchuk got the first goal of the game for the Giants, who went on defeated the Kamloops Blazers 4-0 Monday, April 5 (Tricia Mercuri/Special to Langley Advance Times)