Brian Parkinson said, as long as he was waiting for a pacemaker, he might as well take part in the annual Tri-It triathlon in Langley City.

“My heart beat is too slow,” the 77-year-old Murrayville resident explained.

So he decided to accelerate his pulse rate by swimming laps in the Al Anderson Memorial Pool at 4949 207 St., then biking and running through the surrounding neighbourhood.

A post shared by Langley Advance Times (@langleyadvancetimes) on Jun 9, 2019 at 8:28am PDT

One of more than 200 competitors who took part in the Sunday (June 9) morning event, Parkinson said his first triathlon was in 1989, before he learned how to swim.

“I had to walk in the shallow end of the pool [for the swimming leg],” Parkinson recalled.

After that, he took swimming lessons.

Parkinson said he firmly believes the triathlon, because it challenges participants both mentally and physically, will make you a better person.

Tate estimated he’s done the Tri-It “seven or eight time” over the year, and about 80 triathlons in total.

“Very slowly, I might add, but I’ve done them,” Tate said.

“And I struggle with the running now, but you know, you come out, you have fun.”

For Jenny Tate, it was her second Tri-it triathlon in eight years.

The first one had also been with her dad.

A Fort Langley family who took part in the Tri-It to raise money for the B.C. Cancer foundation exceeded their initial goal of $1,500, raising almost double.

Reuben Kramer, together with his sons, eight-year-old Malachi and six-year-old Zadan, had collected $2,940 by race day.

“One other big reason why we chose a triathlon is because it is a challenge that pushes you to persevere,” explained Kramer.

“It’s something that reminds us of the fight that people face when they have cancer.”

Massimo Crotti came in all the way from Mission to take part.

Previously, he was the cyclist on a three-person relay team who divided up the swim, bike ride and run events, but this year, he decided to do all three.

Crotti said it has been a while since he’d done a full triathlon.

Crotti’s son was filling in for him on the relay team.

Race director Amanda Smith said the number of participants was up slightly from the previous year, with 213 registered, and a higher percentage of them adults, with 80 taking part.

“We’re up about 35 adults from last year,” Smith estimated.

Many, she said, were parents of the younger competitors.

The Tri-It event was first launched in 2000 by the City of Langley and the City firefighters as a fundraiser for the burn fund.

After about a decade, the firefighters moved on to other fund-raising initiatives and the City maintained the annual event as a community fun run.

The event has categories for youth ages 5-14, adults, seniors, and relay teams of up to three people. Prizes are be awarded to the first place male and female participant in each age category.

Results were to be posted on the City of Langley website. 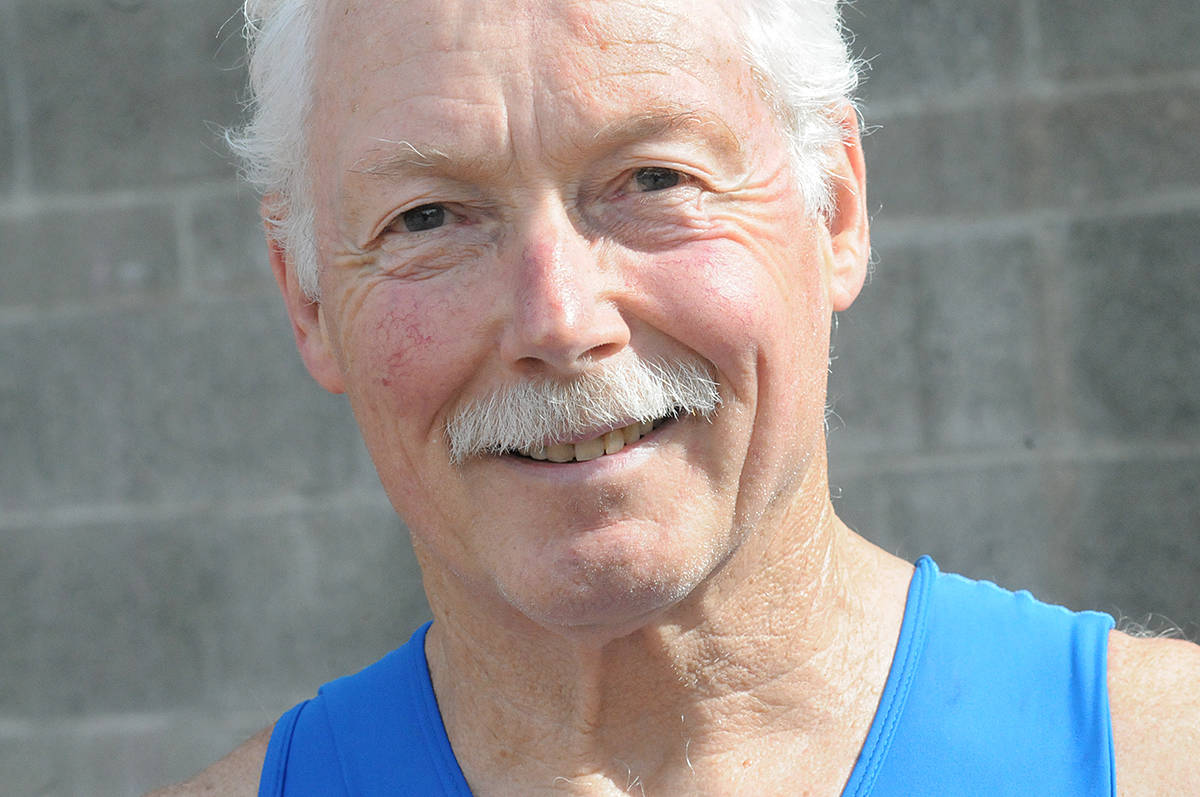 Brian Parkinson, 77, said as long as he was waiting for a pacemaker, he might as well take part in the annual Tri-It triathlon 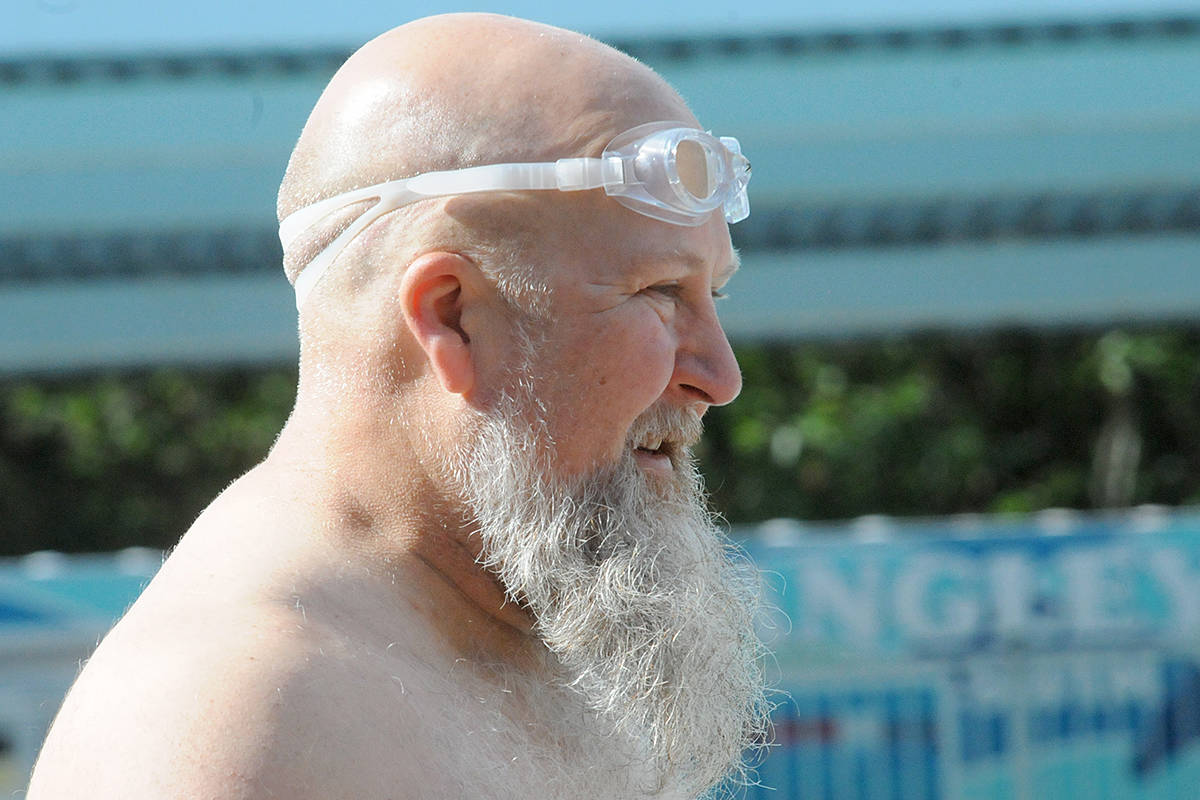 Eagle Heights resident Ian Tate estimated he has done about 80 triathlons, include about eight of the Langley event. Dan Ferguson Langley Advance Times 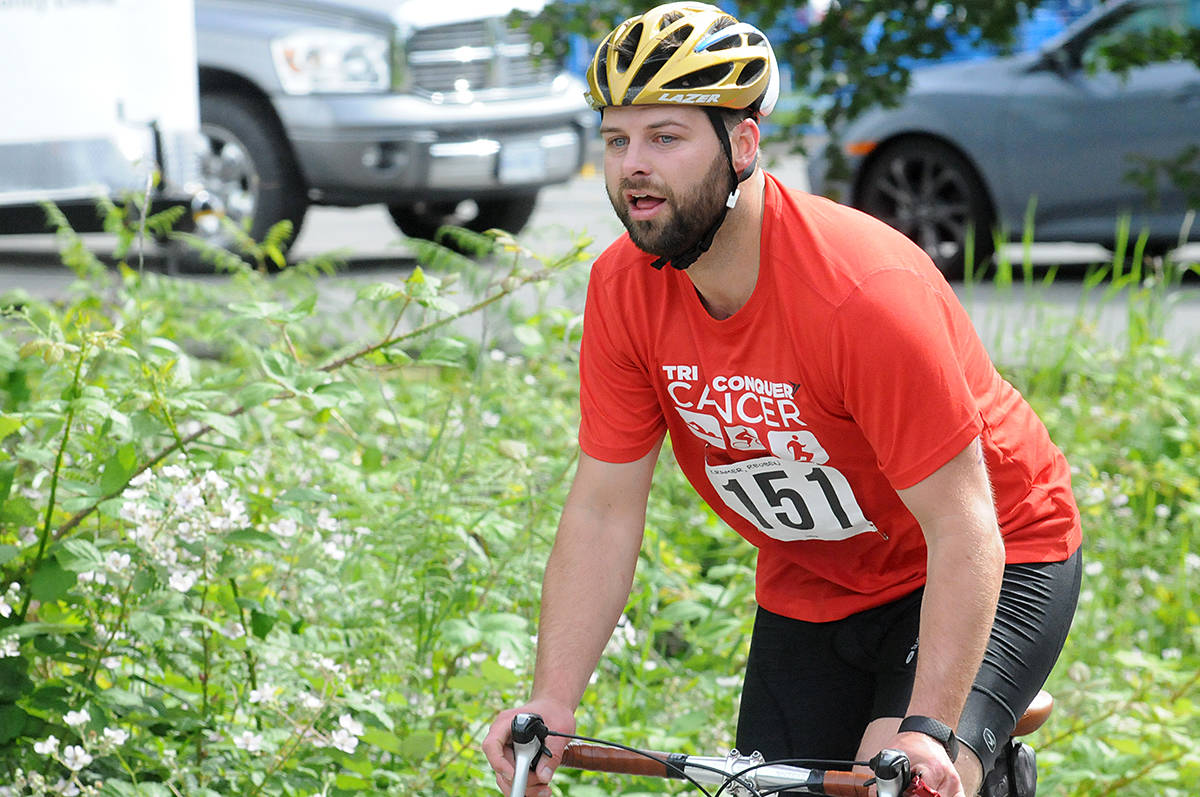 Reuben Kramer of Fort Langley and his sons, who were raising money for the BC Cancer Foundation, doubled their fundraising goal. Dan Ferguson Langley Advance Times 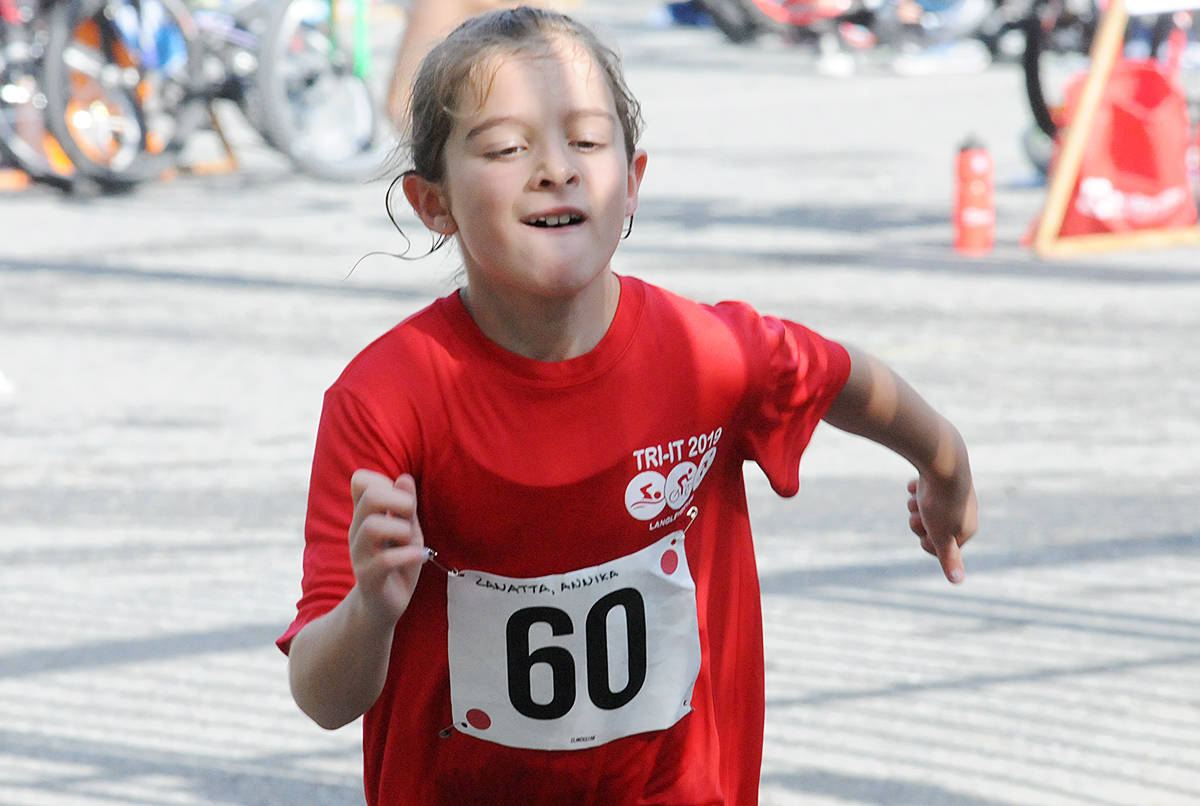