“This is my first win of the season and to win in Canada is special,” said Jackson, who finished third in the race in 2016.

“I’ve wanted to win this race for several years now. I’ve been on the podium and my teammate Kendall Ryan won it last year, so we had to defend.”

For Jackson, winning on home soil is big for the former elite cross-country star.

“It’s hard winning a bike race, whether it’s in Europe or America or here… so whenever you get a win, you’ve got to savour it – that’s what this is for me,” added Jackson, who graduated from Langley’s TWU with a degree in kinesiology in 2014.

Jackson had a standout indoor track and field season with the Spartans that year.

Jackson was one of three athletes, along with Fiona Benson (women’s track and field and cross country)and Kristen Santema (women’s soccer) who won the Spartan Complete Champion Awards.

BC Superweek sees a rest day on Monday and continues Tuesday with the New West Grand Prix. The women race at 6:15 pm while the men take the course at 7:30 pm. 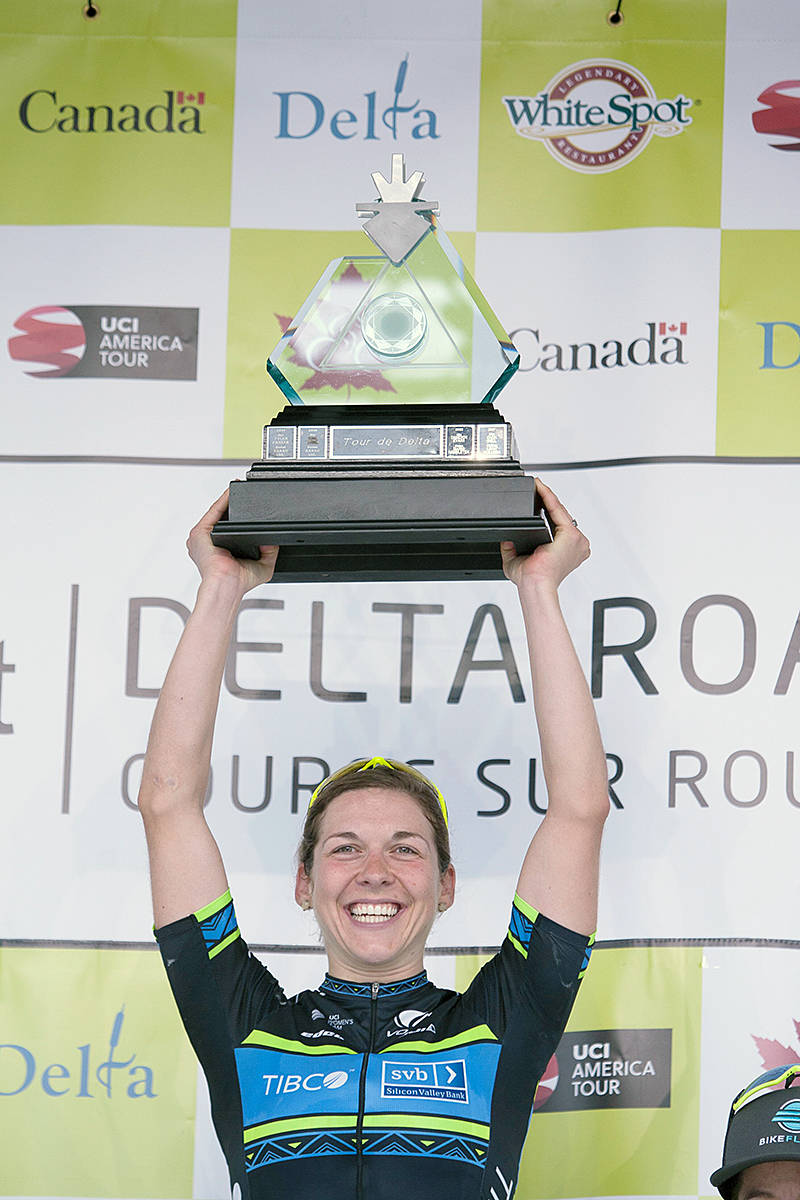